anthony saroufim proposes to transform beirut’s egg into a camera obscura
(above) the egg, one of beirut’s most famous historical sites
all images courtesy of anthony saroufim

anthony saroufim is a lebanese photographer interested in the relationship between architecture and photography. for his latest project he investigates one of beirut’s most famous historical sites, and how its skin shows the memory and scars of the lebanese civil war. the egg was built in 1965 in downtown beirut by architect joseph philippe karam as part of a large complex called the beirut city center. since its construction till today, the egg has had different uses: during the pre-war golden years it functioned as a theater, then during the fifteen year period of the civil war it was used as a bunker, and later on, since the post-war reconstruction period, the building became a monolith in the city. 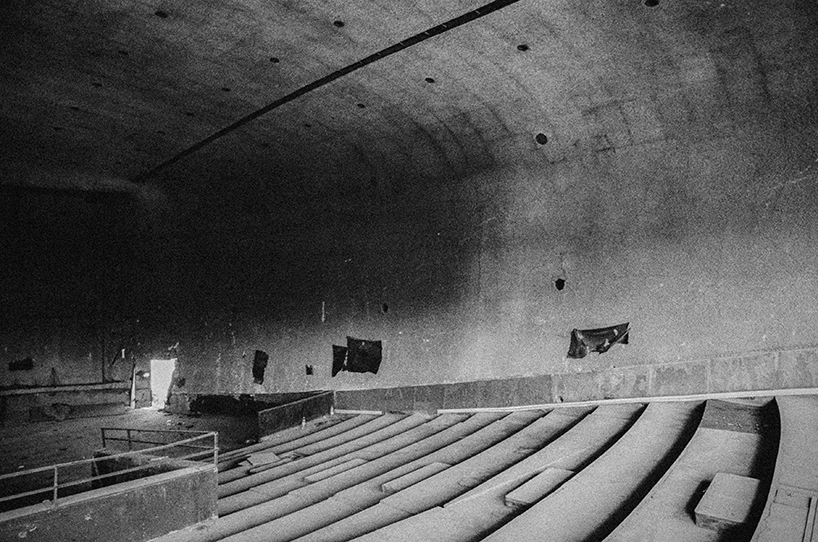 interior view of the theatre

as a witness of the city’s evolution, the egg was then transformed into an actor, constantly shifting roles and adapting to the changing theatrics of the city. taking this into consideration, anthony saroufim aims to transform the egg into a huge camera obscura. the bullet holes on the site are transformed into optical devices, where a magnifying lens is placed in the void. the uncalculated and unpredictable effect of the bullets on the building becomes the only visual contact with the other side. 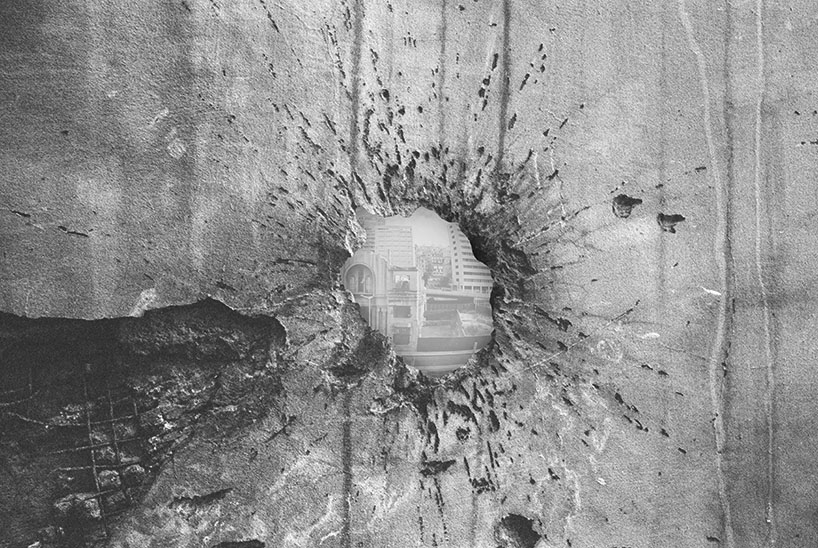 the way the optical lenses were placed around the egg is related to the density of the damaged areas of the skin. the circulation, made of bridges and stairs, links the lenses together. since the placement of the lenses is related to the amount of destruction, the added exterior structure supports not only the lenses and the circulation system, but also the weak parts of the egg. thanks to this new system, the interior spaces of the site remain untouched and inaccessible to the visitors, representing the part of war that can’t be changed. 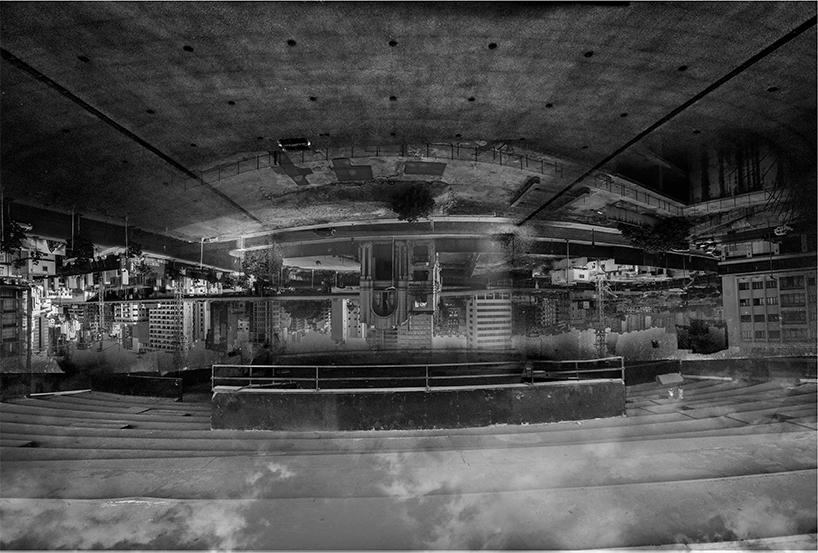 to be able to see what the theatre saw, the project interprets the egg as an optical device 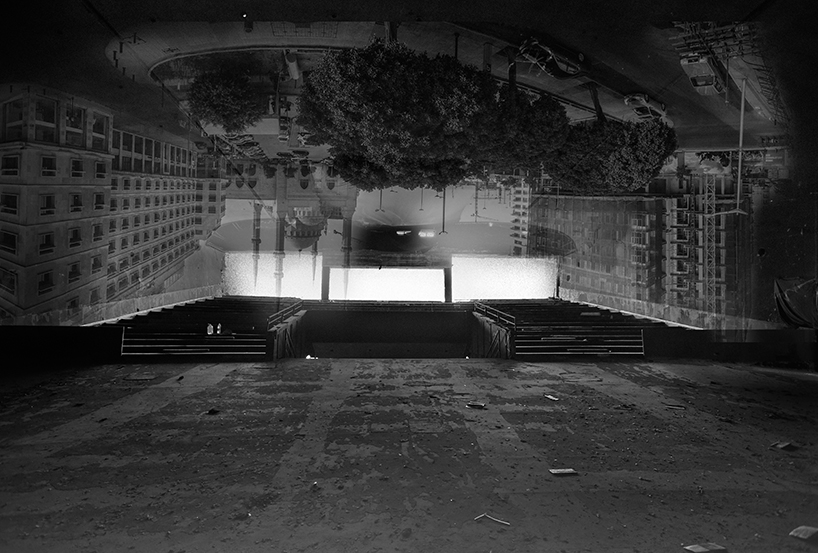 the theater is transformed into a huge camera obscura 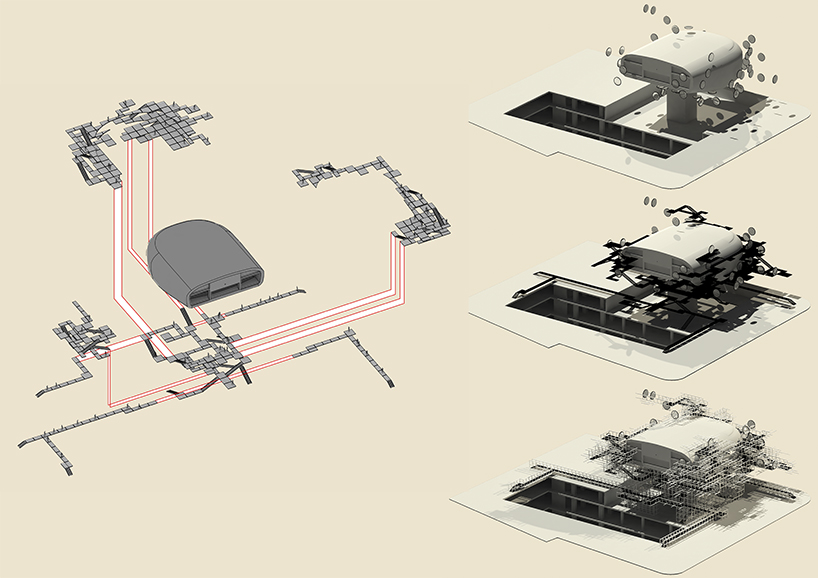 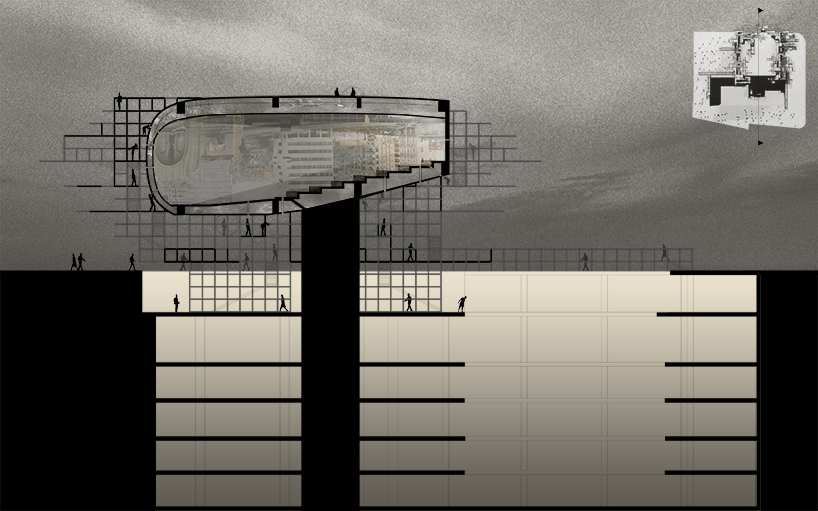 the intervention takes place in the negative areas of the egg 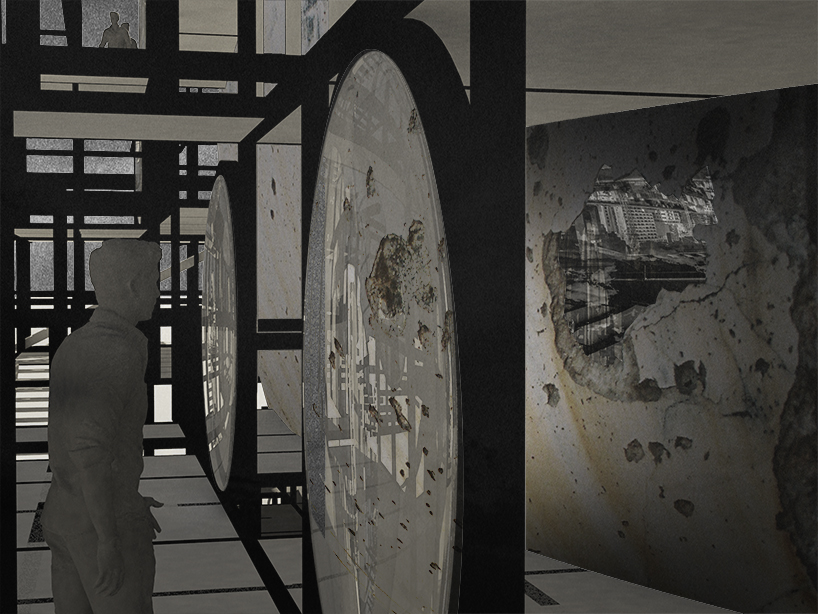 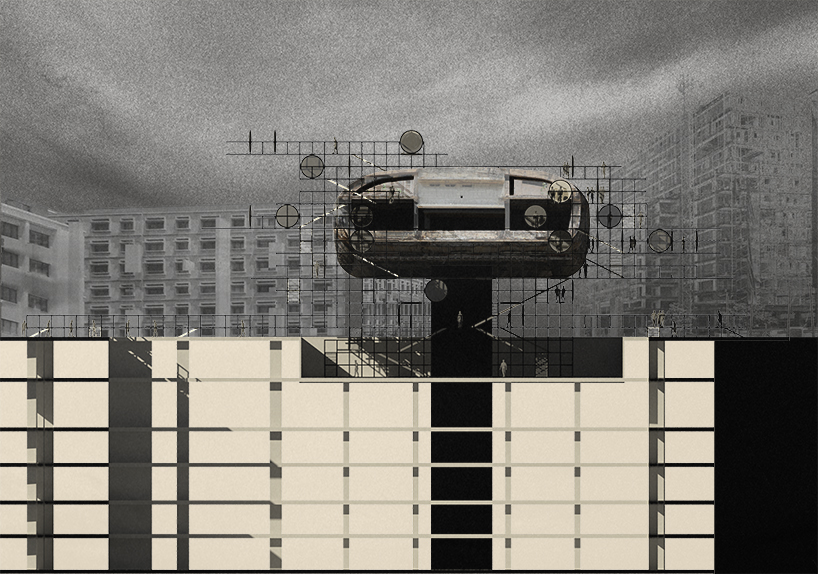 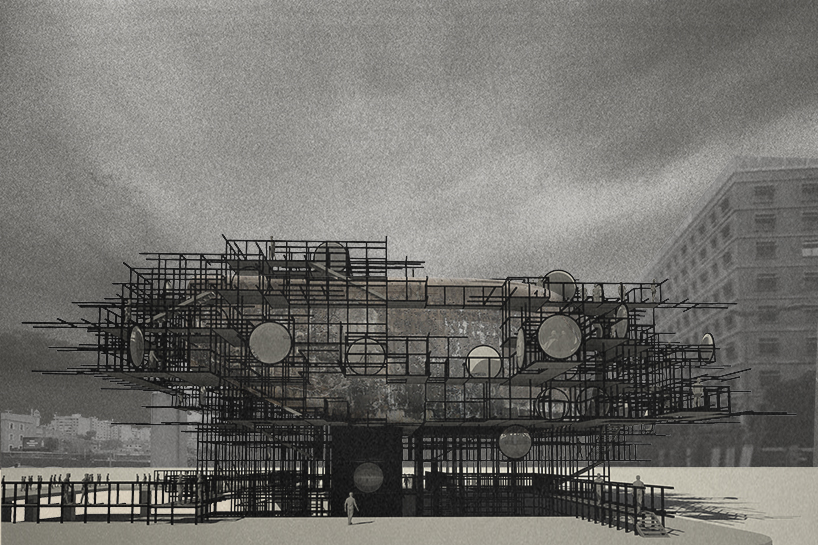 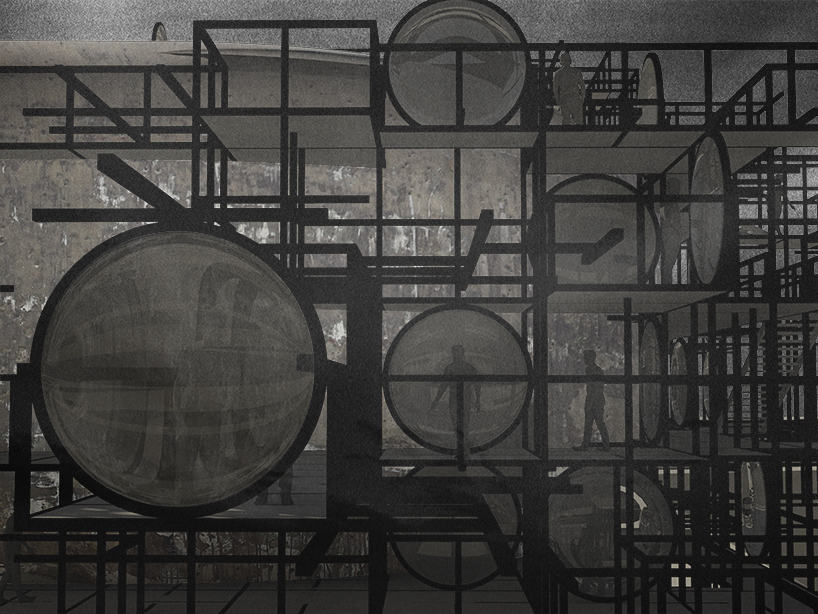 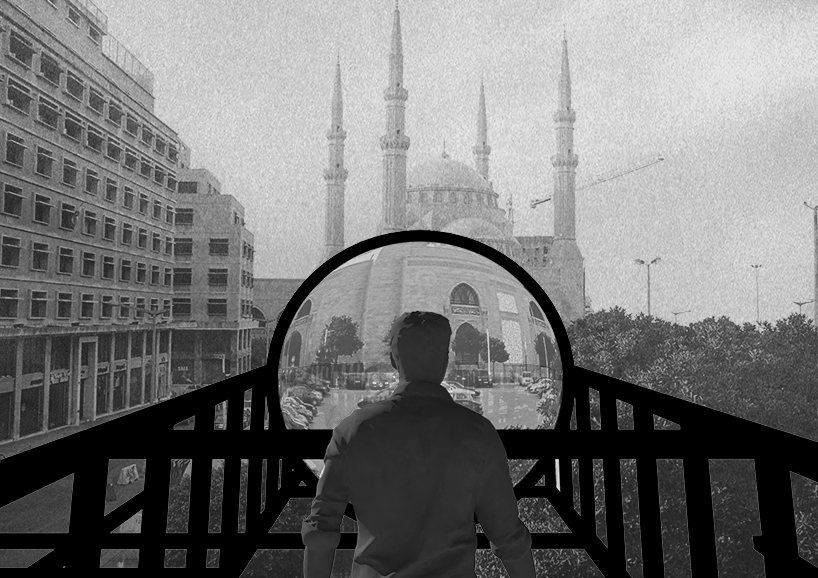 lens view towards the city