the first house completed by catalan architect antoni gaudí has opened to the public following a major restoration. expectedly moorish and brilliantly colorful, ‘casa vicens’ was built by gaudí in barcelona between 1883 and 1885 as a summer home for real-estate broker manel vicens i montaner. 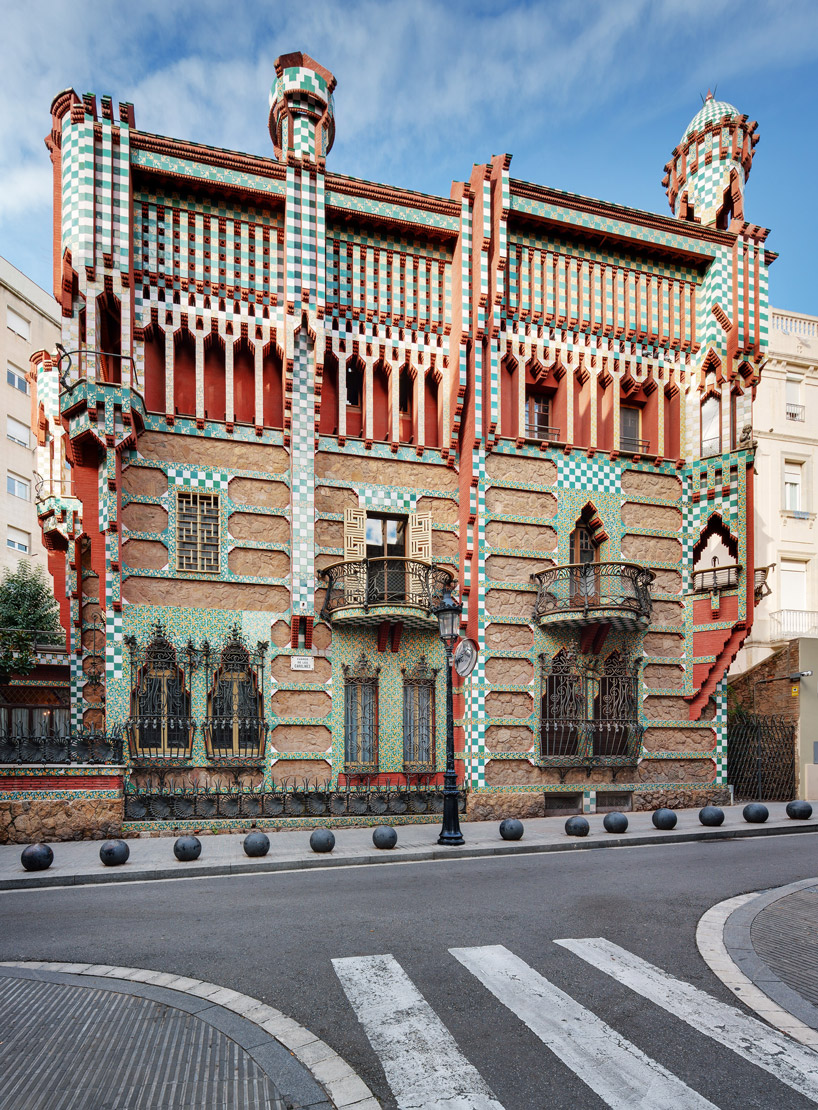 all images © casa vicens, all images by pol viladoms unless otherwise stated

fortunately for the guadí trail trekkers en route to barcelona, that all changed when a spanish bank bought the UNESCO world heritage site three years ago. with the help of local design studio DAW, the buyers have since transformed casa vicens into a museum which opened to the public this past november for the first time. 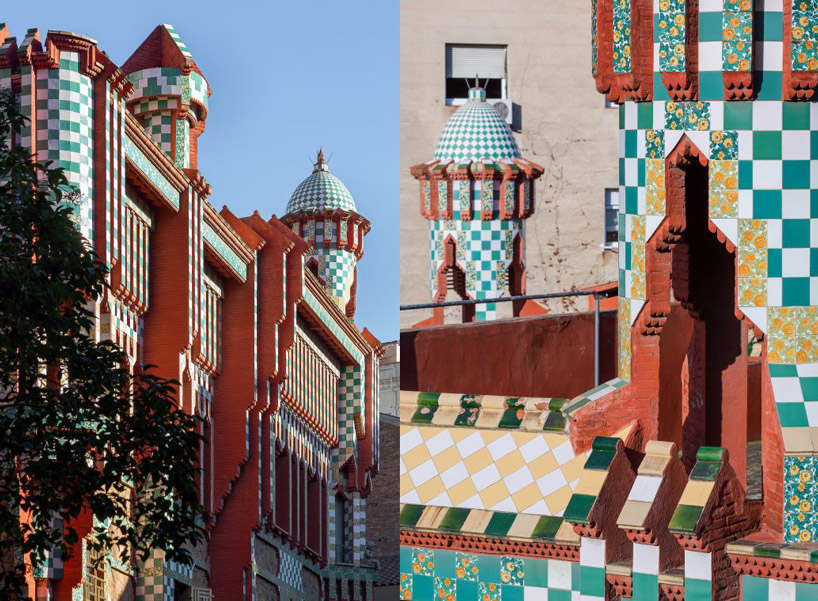 however, the site is not as it originally once was. in 1925, vicens sold the custom-made summer home to a man named antoni jover who converted it into a three-family residence. while the renovations were overseen by gaudí’s friend and fellow architect joan baptista serra de martínez, some sacrifices were made including gaudí’s original staircase. 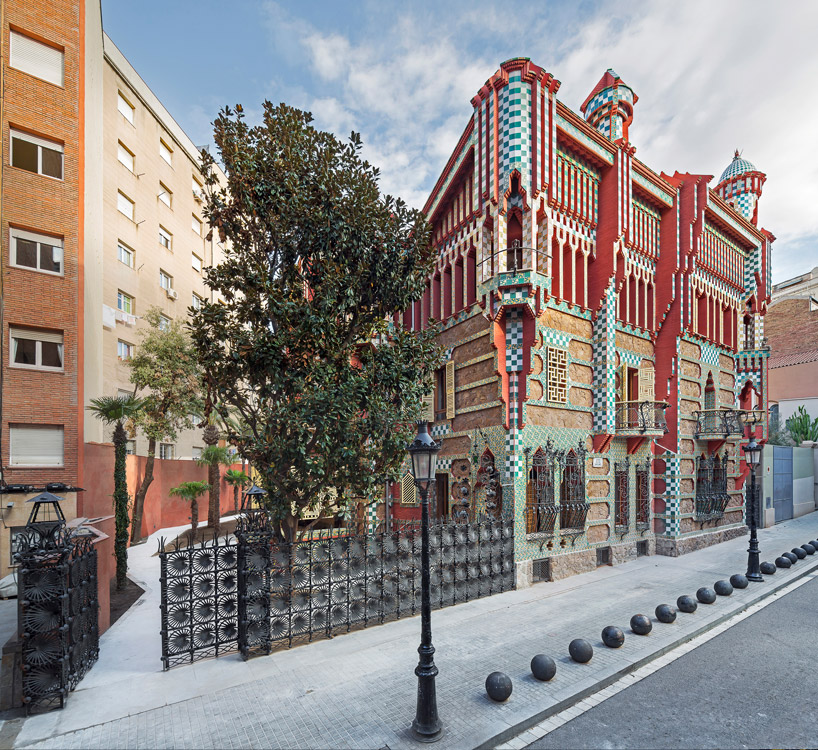 the building’s walls and ceilings have been panted with new colors, while gardens and water features have been relocated (namely gaudi’s bicycle-wheel fountain at the front of the house). during the past few years, efforts have been made to restore gaudí’s original design with the spaces added in 1925 using original photographs and historical records. 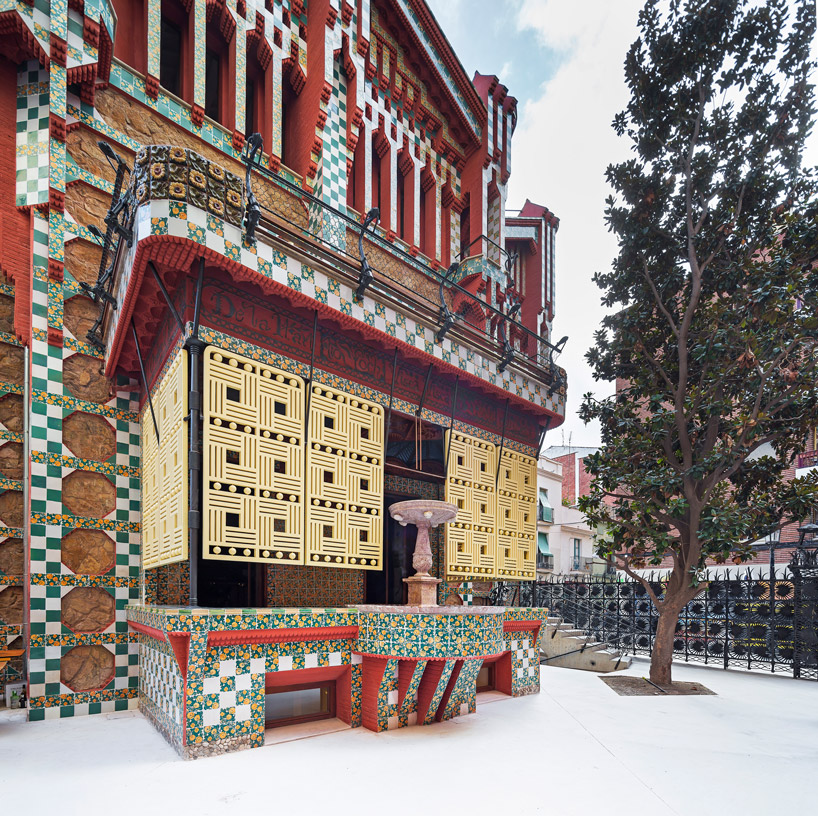 in the smoking room, restorers have removed layers of paint to reveal gaudí’s original blue-green color scheme. the three-dimensional papier-mâché reliefs on the ceilings and walls have been repaired and restored to their original, while tiles have been laid on the roof, remaining true to the old technique of ‘trencadís’ — breaking up ceramic tiles into pieces and putting the fragments up with mortar. 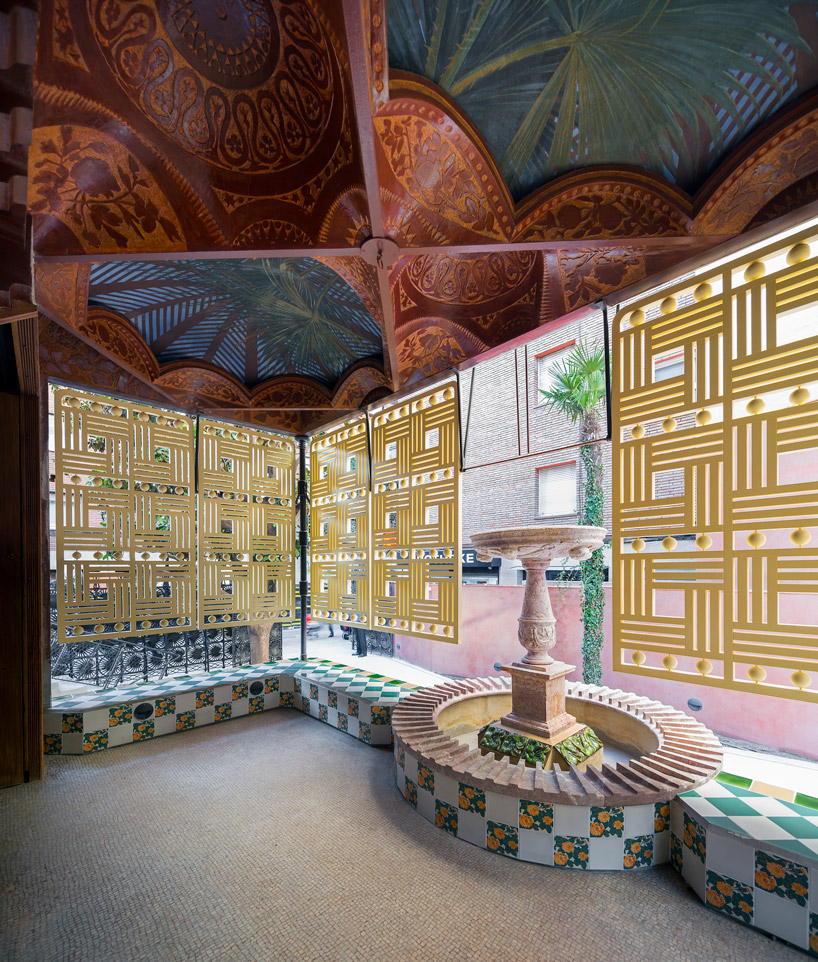 now a cosmopolitan town, at the time of its commision gràcia was a separate town, meaning gaudí did not contemplate the possibility of other buildings being built around it. as a result the residence remains a completely freestanding building in a typically catalonian, compact neighborhood characterized by narrow streets. the project was his first completed building in barcelona, where he went on to create masterpieces including casa batlló, park güell and the still yet-to-complete sagrada família. 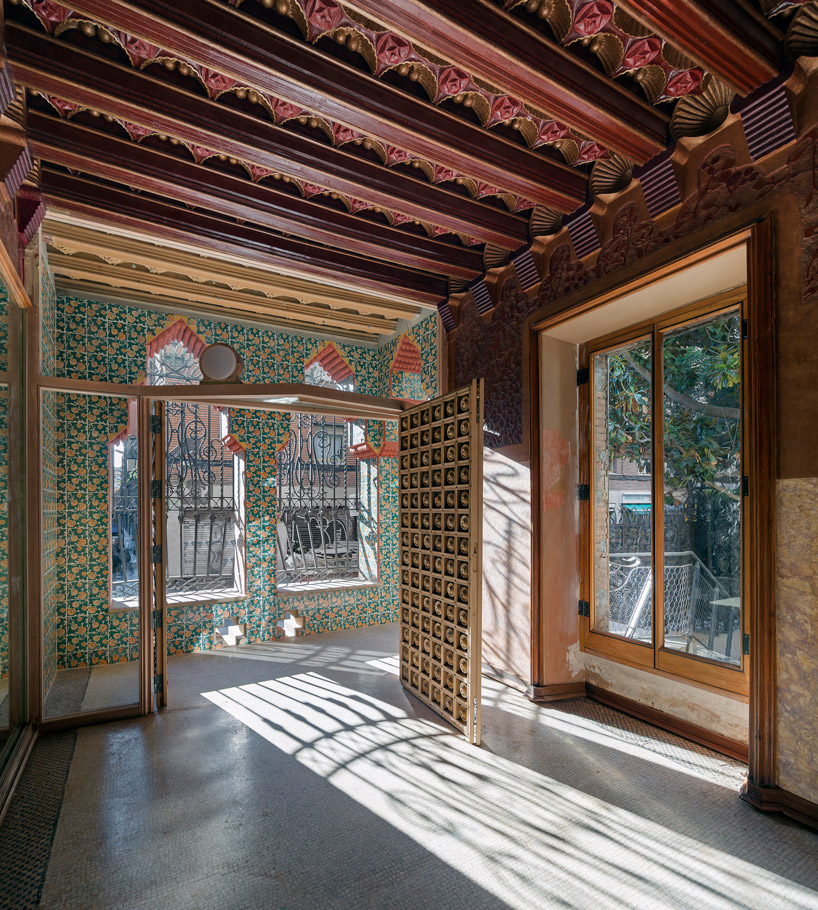 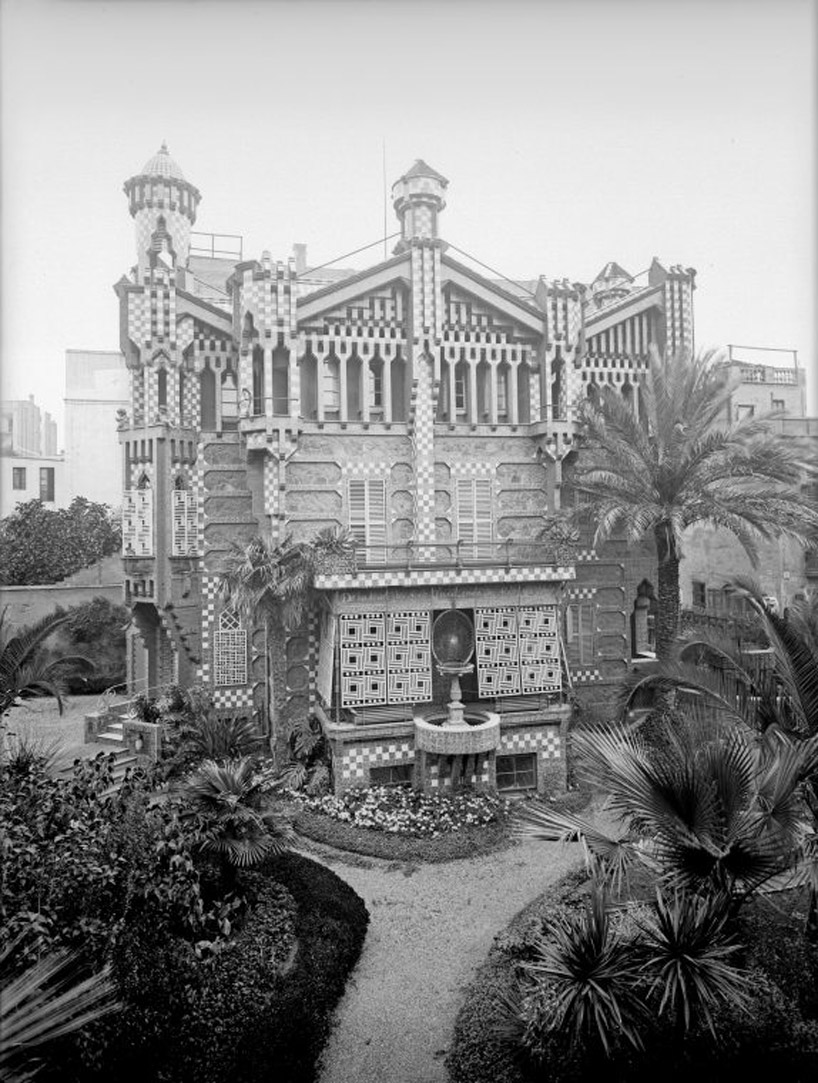 glimpses of casa vicens, gaudí. barcelona ‘ the restoration of the paintings

the restoration of the lamps 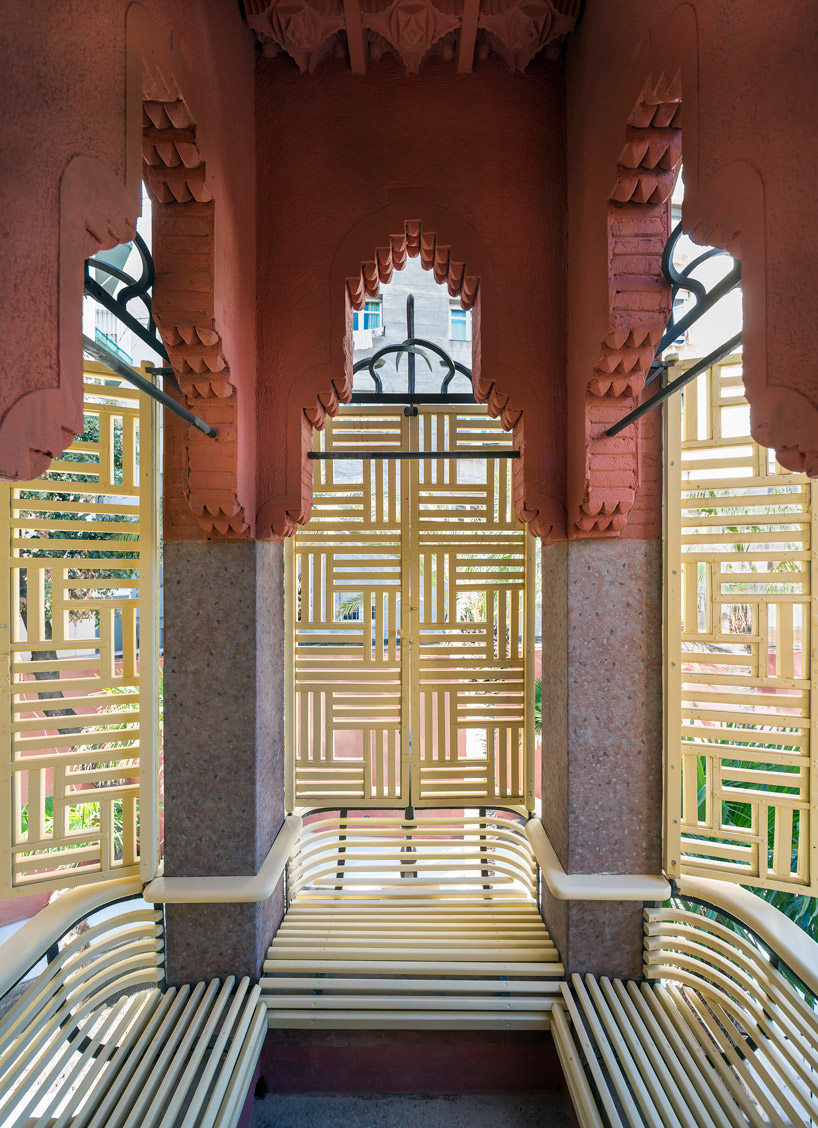 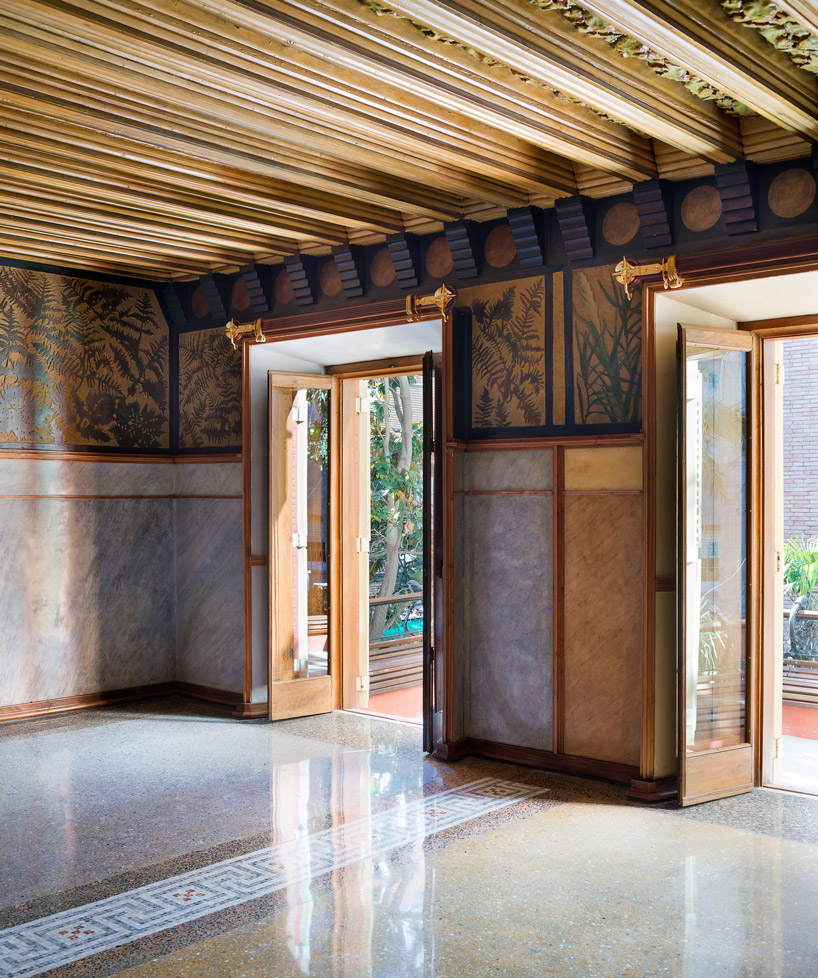 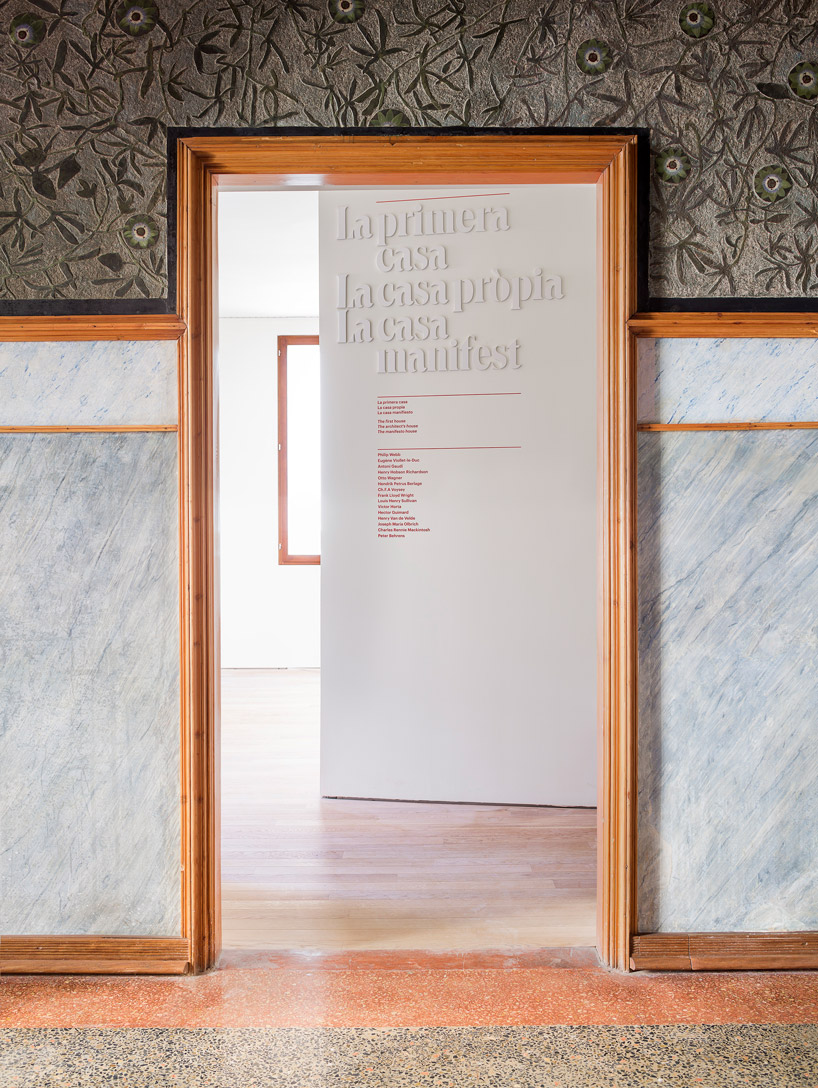 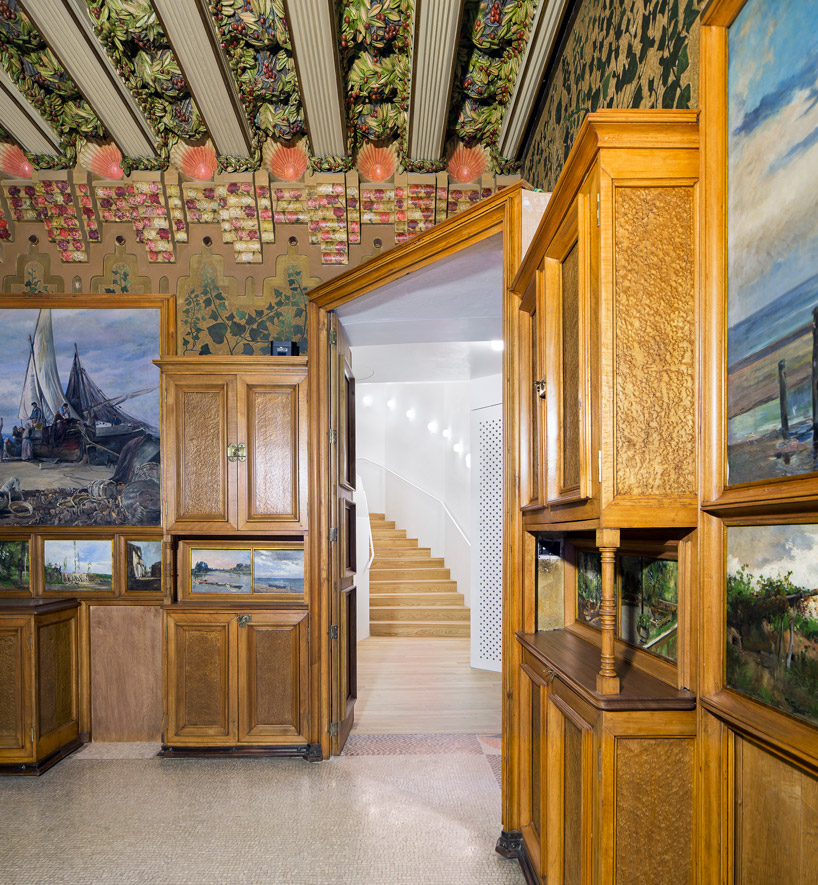 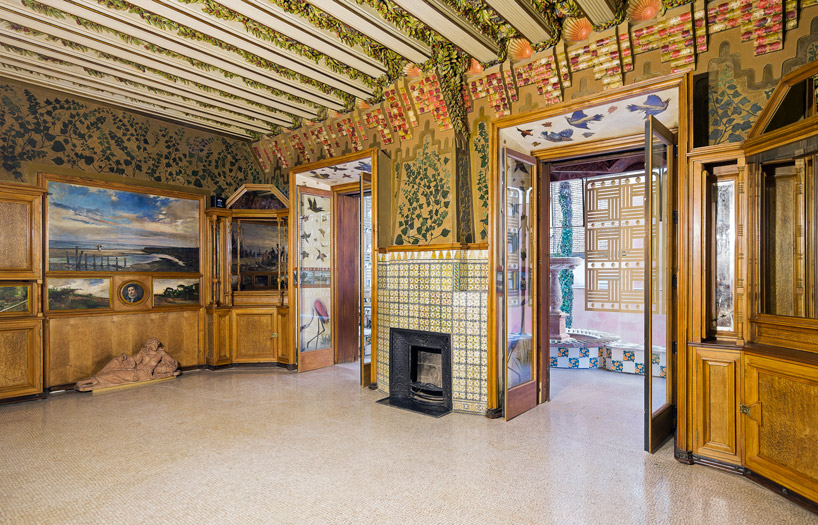 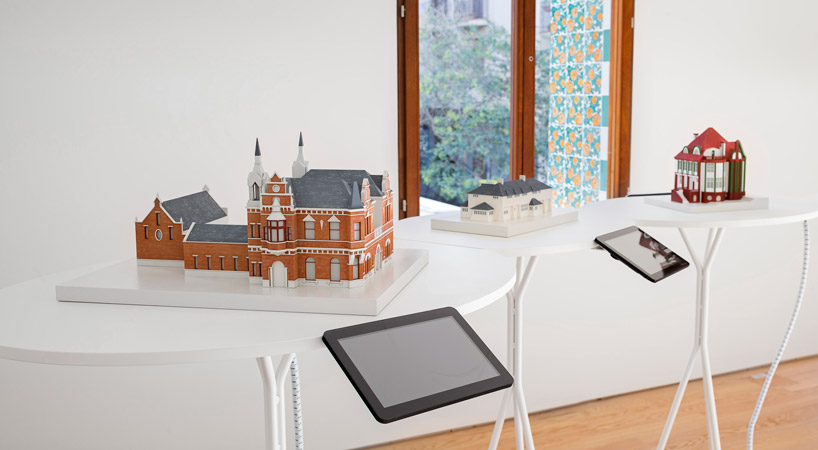 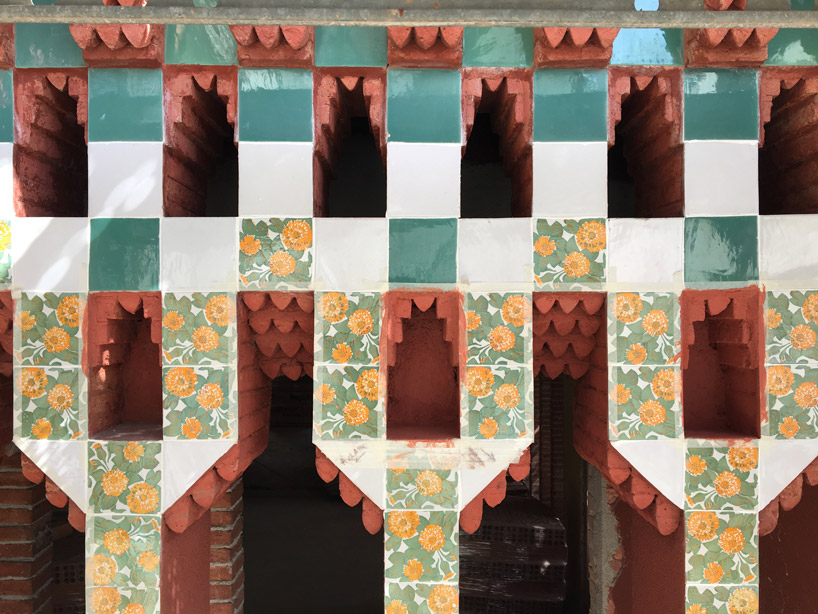 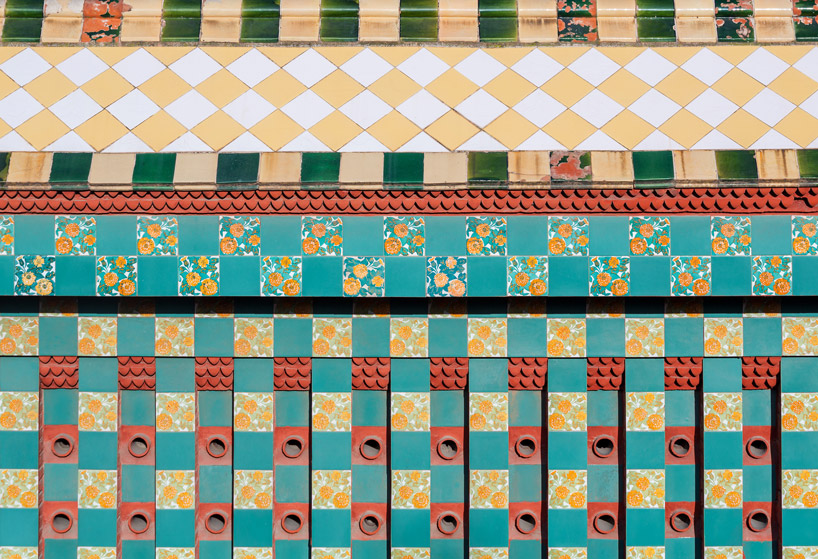 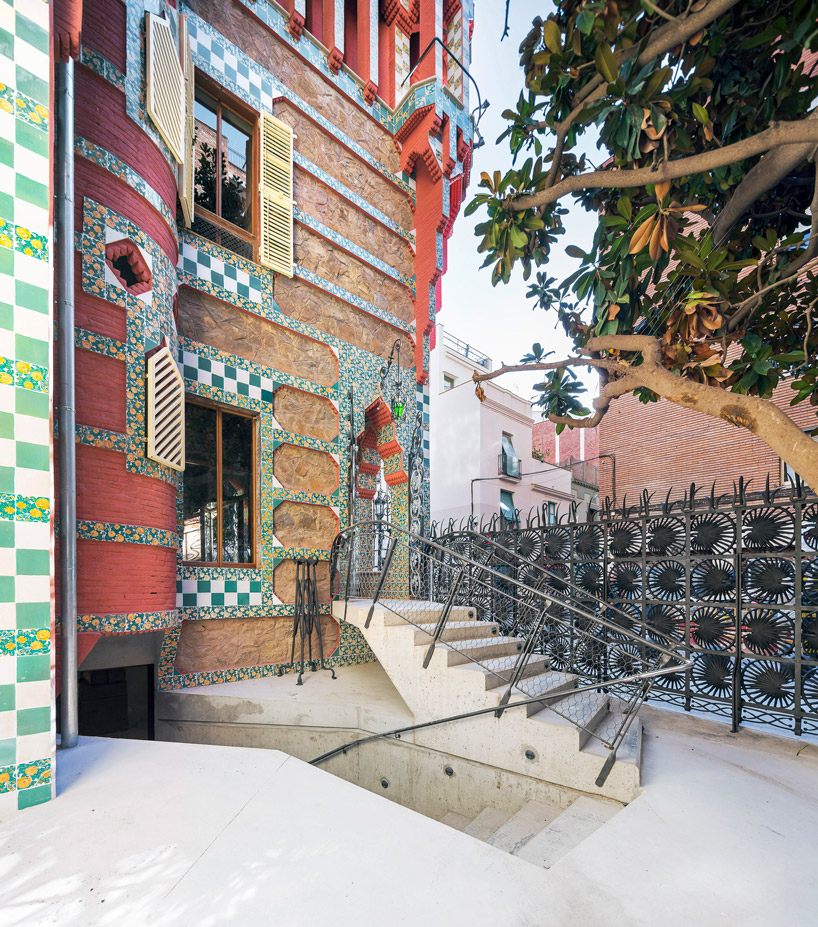 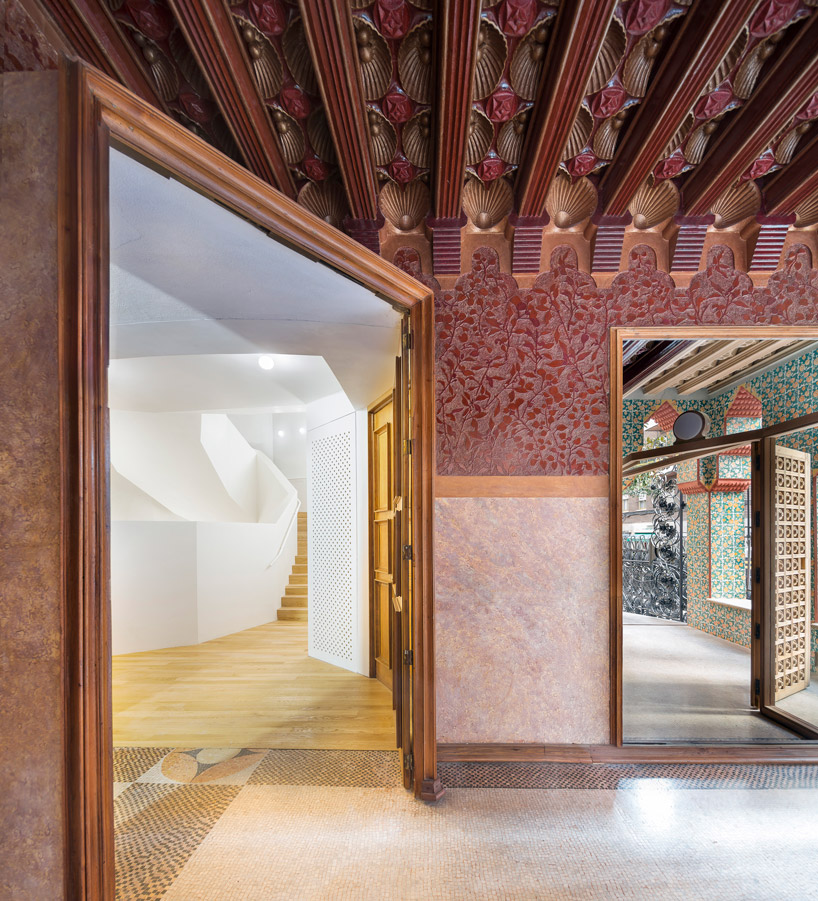 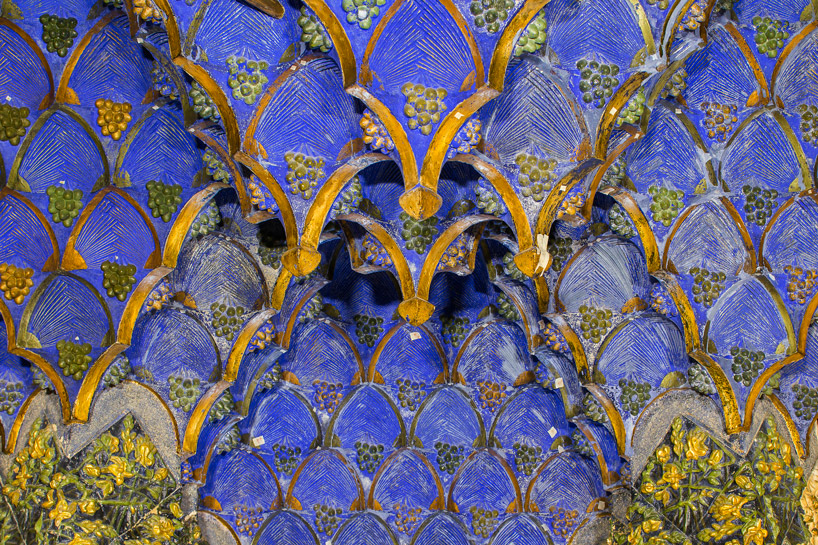 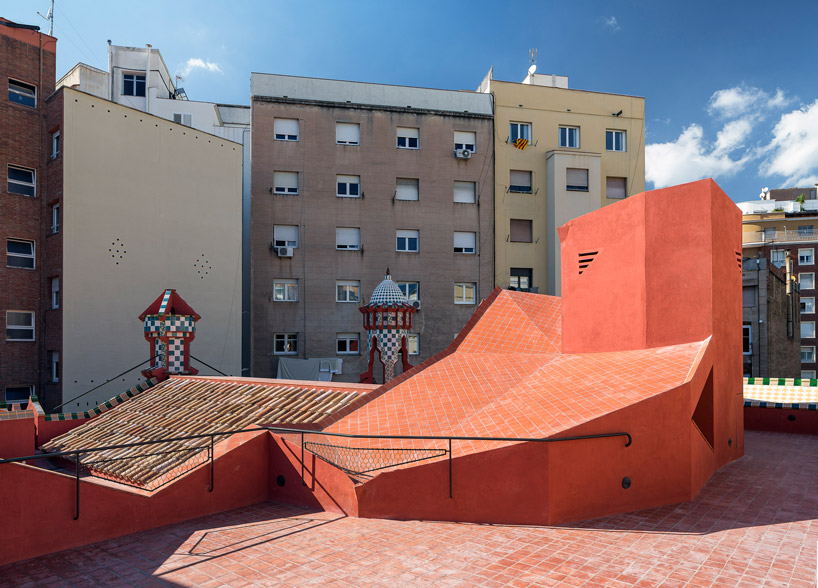