completed in march of 2013, the ‘house of dust’ is the latest completed work by architect antonino cardillo, built in rome, italy. the single family home is divided into two main parts, a public zone characterized by natural earth-toned colors, and private program illuminated by the color pink, both arranged by a classical sense of proportion. the upper portion of the walls and ceiling are rendered in a rough-grain plaster creating a markedly visual texture that serves as an ideal backdrop for natural and artificial light to expose the speckled shadows and highlights until fading away into the space. the envelope’s thick partitions reveal windows and openings, with tapered frames that open daylight into the interior while funneling views out towards the city. the golden ratio dictates the breakdown of each element in the living area at the heart of the project. arches exist over various doorways and in hairline joints embedded in the earthen walls evoking the memory of the renaissance language. 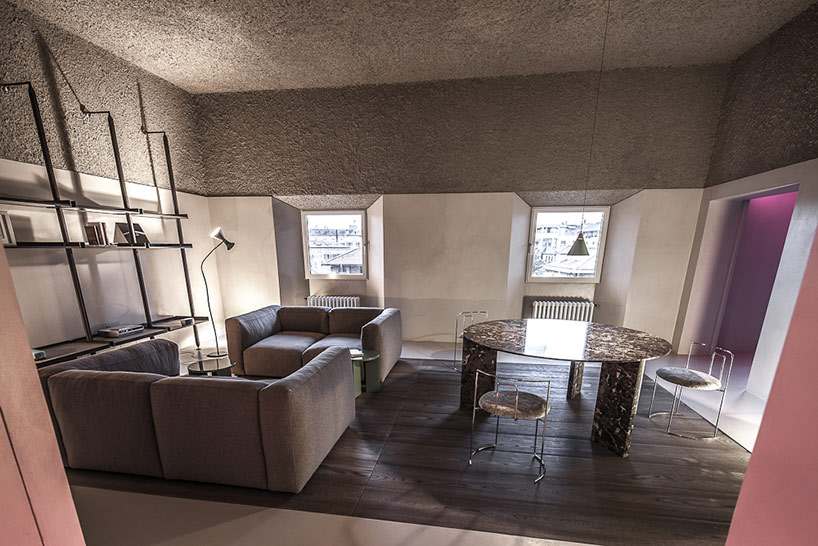 ‘house of dust’ by antonino cardillo:

‘architecture is dust.
dust that becomes form,
dust transfigured by the mind.

dust is memory so dust is also death.
ancestral memory of death,
dust refers to the beginnings.’ 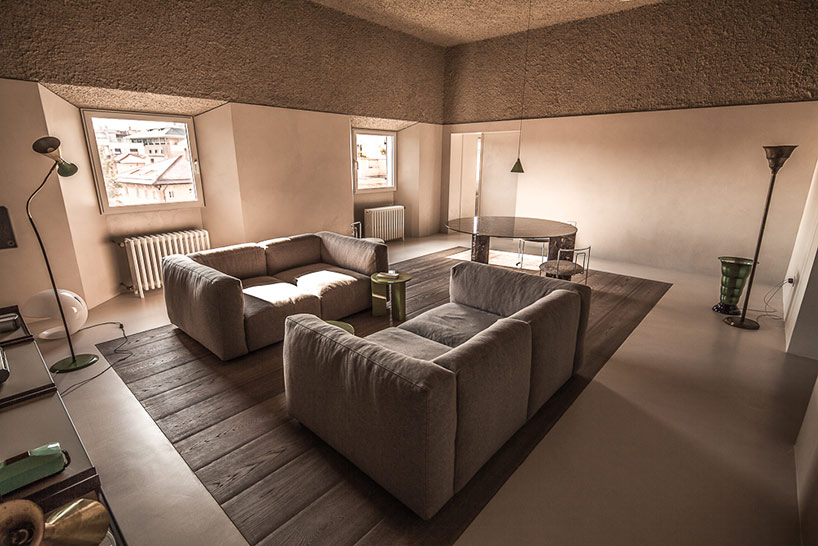 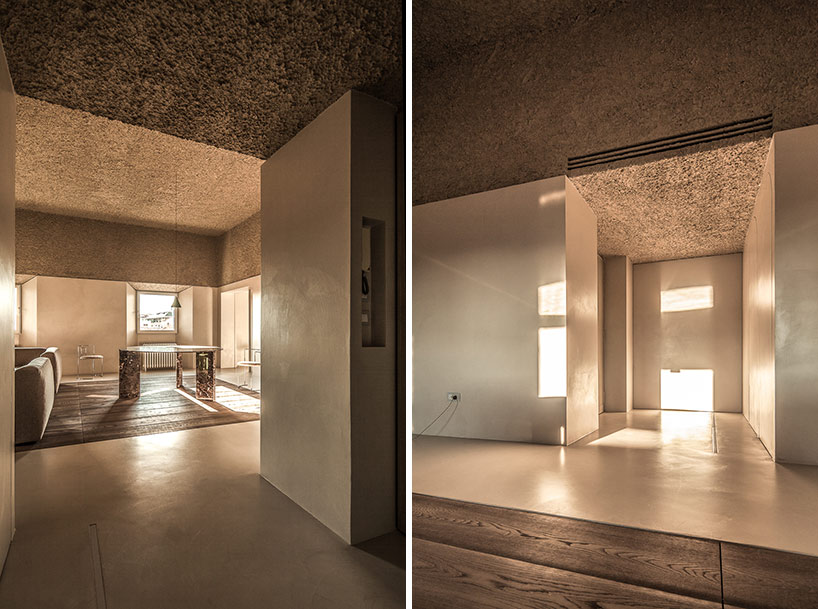 deprived of memory,
and so slave to a credible youth,
ignoring its end, it repeats itself;
without end.’ 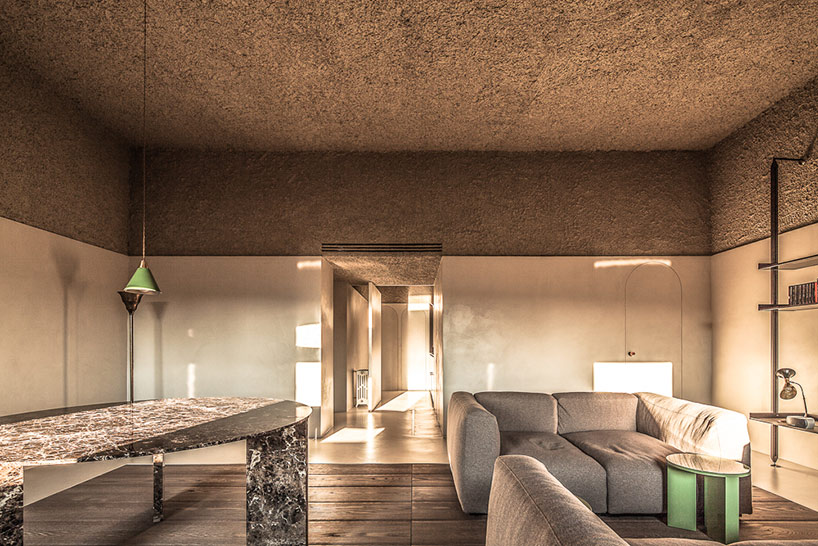 ‘in this house classical orders
and golden proportions celebrate dust:
angels and choirs have abandoned heaven,
and heaven has adorned itself with earth.’ 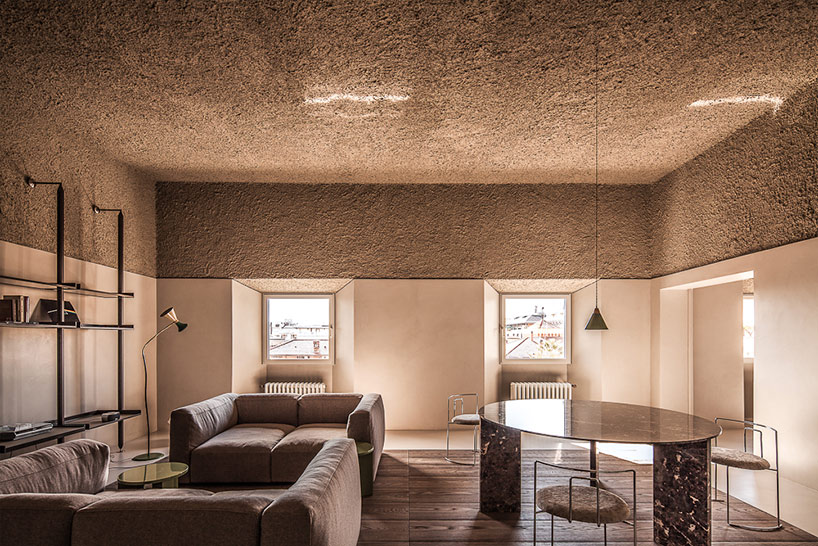 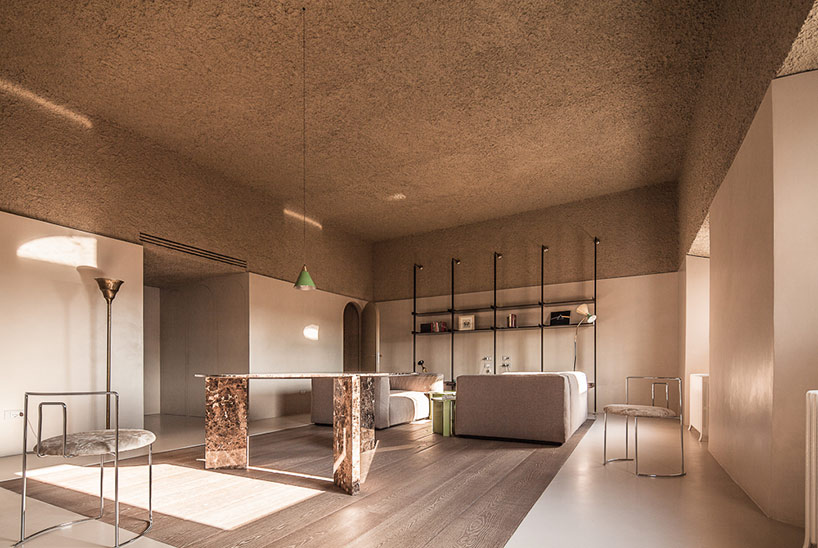 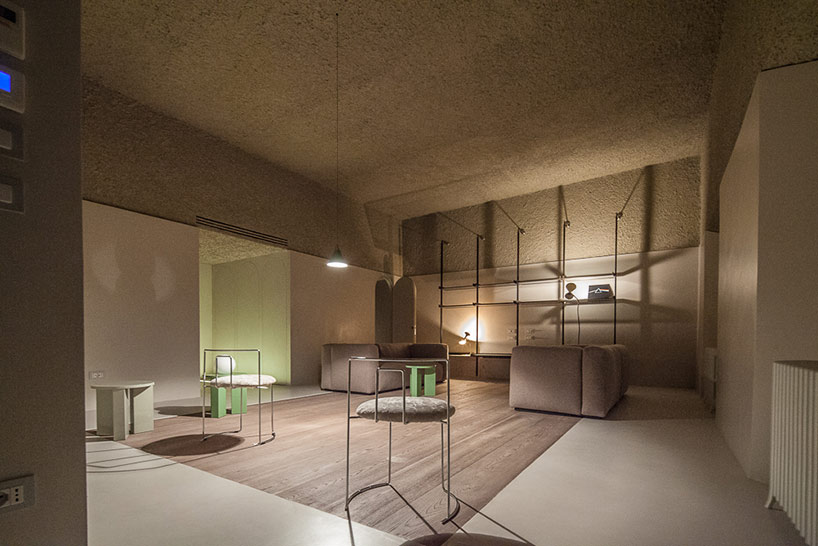 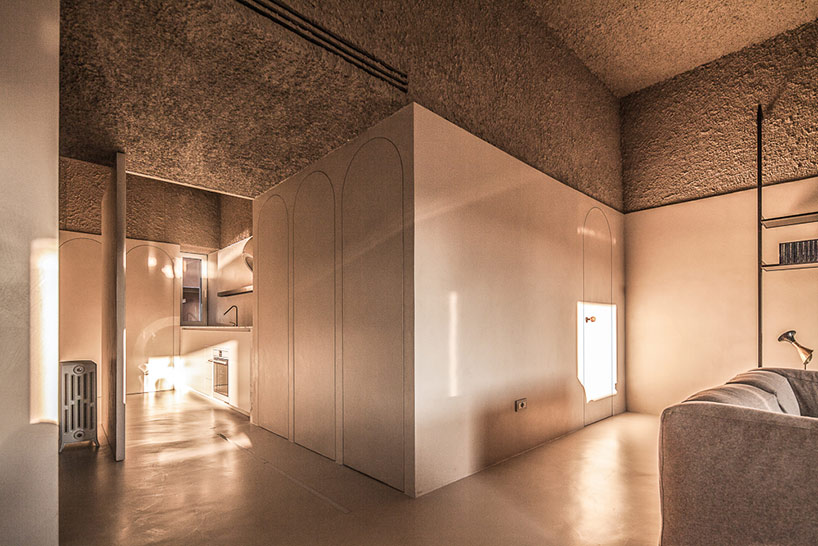 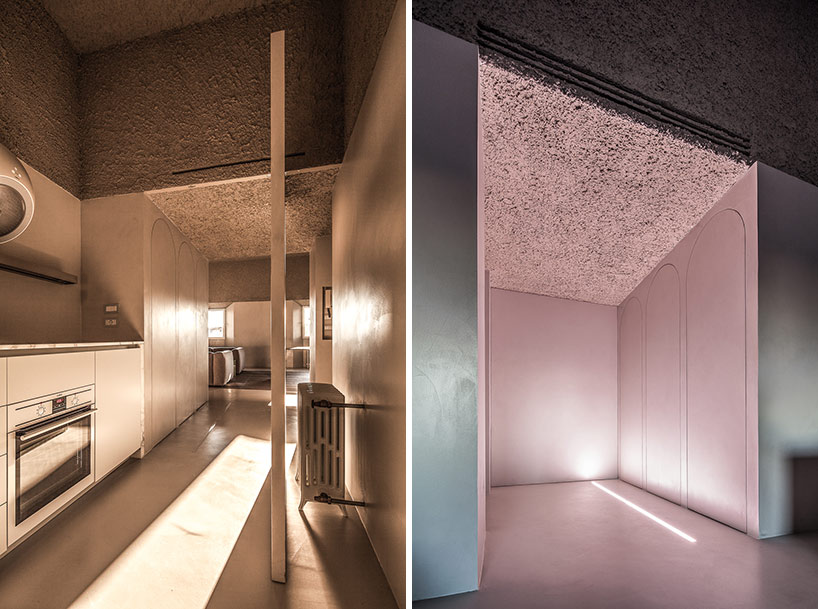 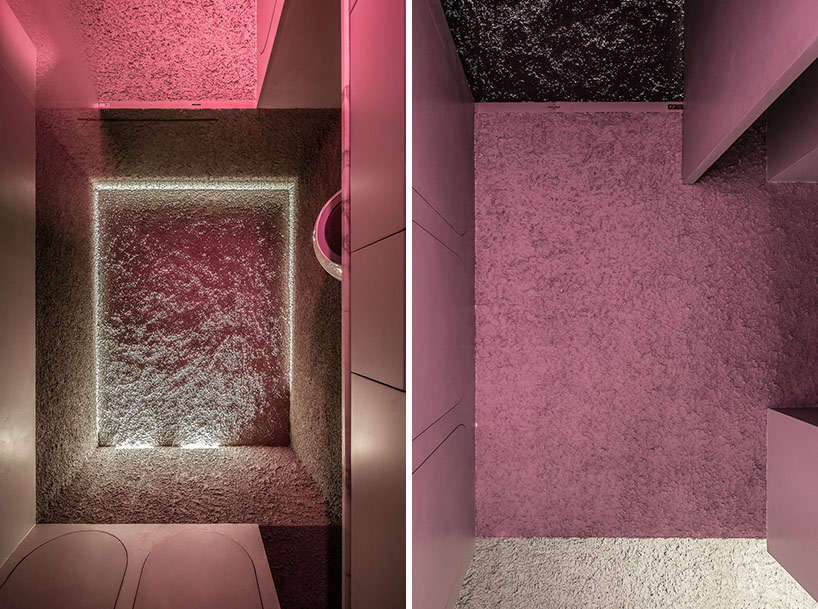 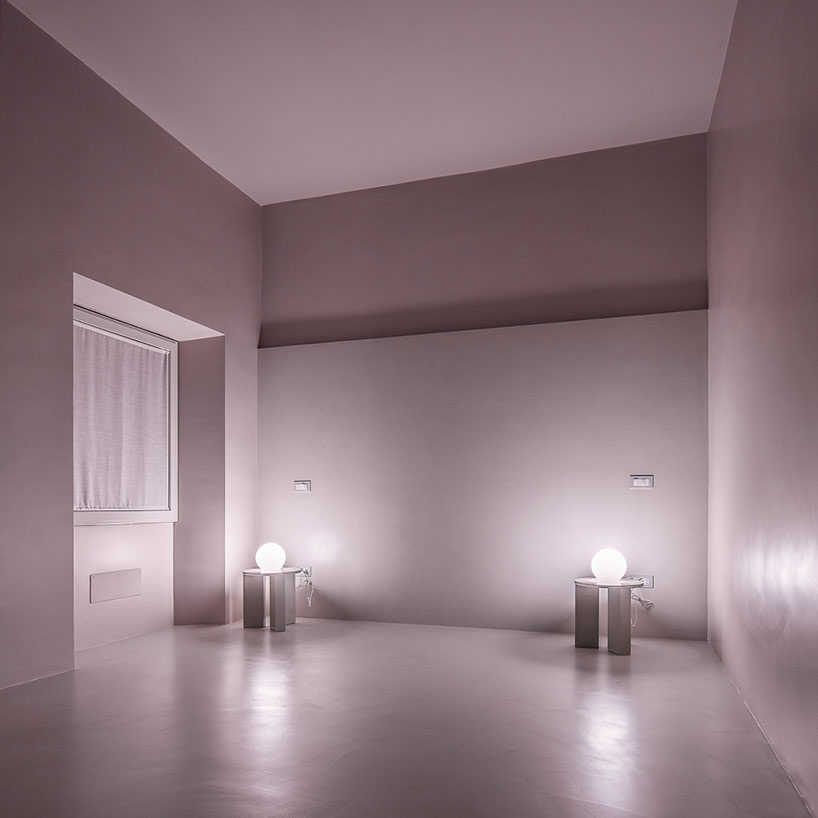 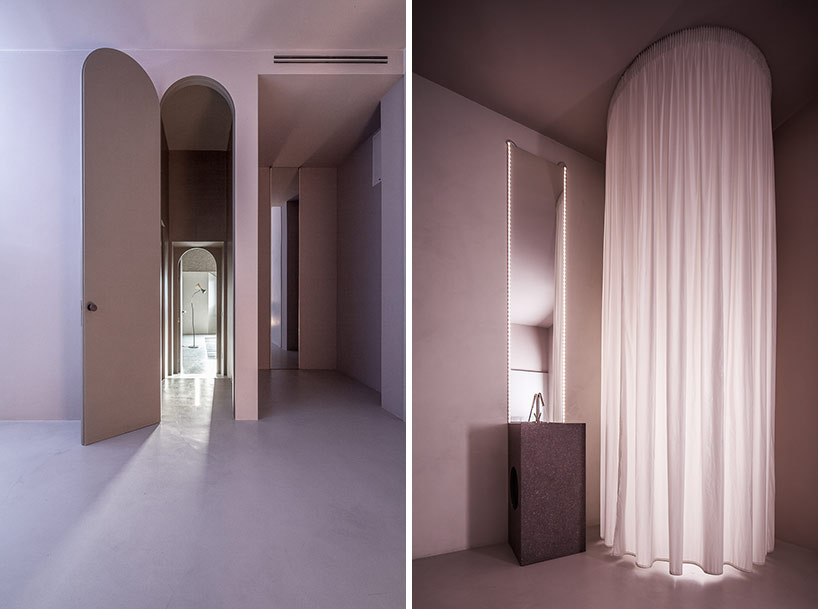 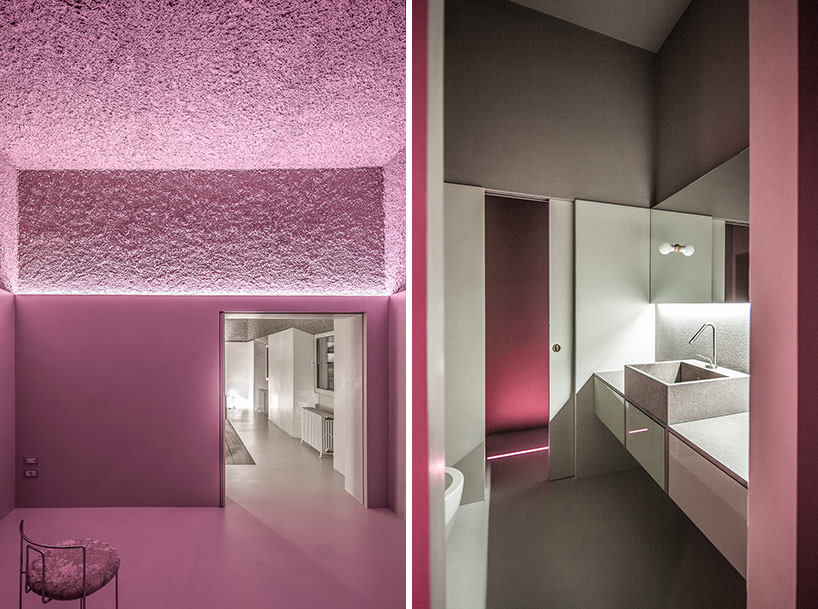 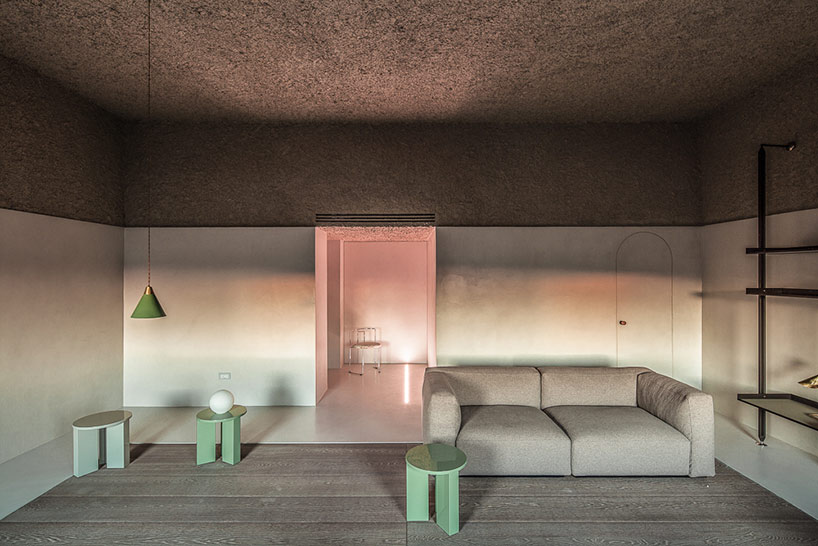 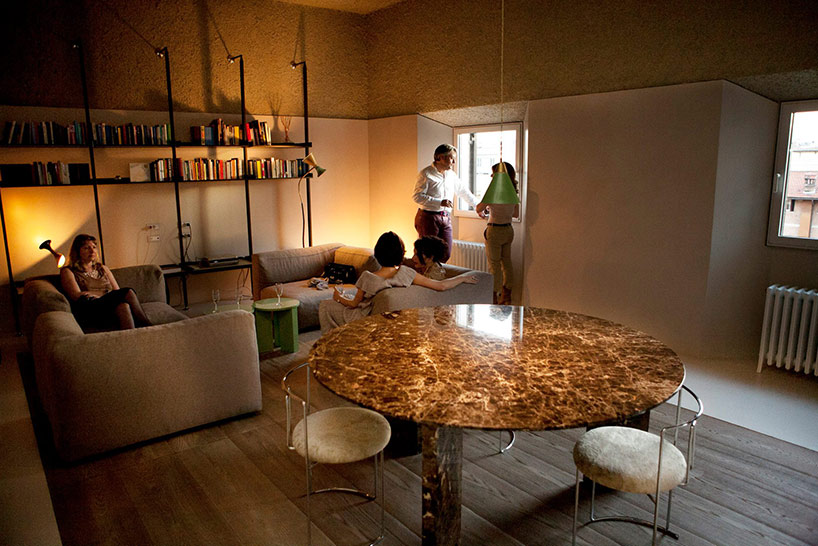 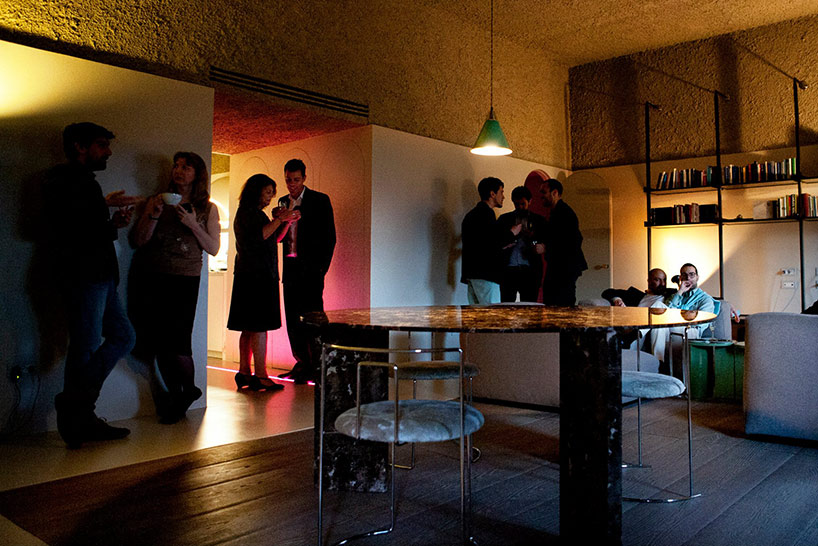 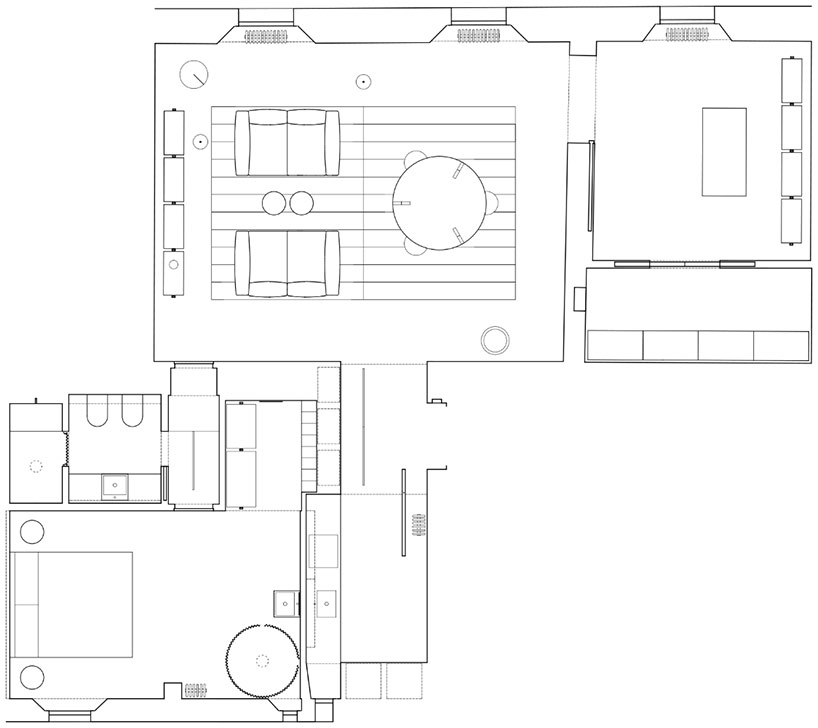