with respect for the quiet stillness of the natural context, antony gibbon envisions his latest residential work ‘loch eight.’ projecting outward across a mirrored lake, the form at once serves to exaggerate the viewer’s primarily horizontal engagement of space as long, spanning architectural elements suggest a continuation of the distant, reflected landscape along the horizon. gibbon comments on the conception of the project: ‘inspired by traditional floating homes and villages, loch eight takes elements of these, interpreting them into a minimalistic, contemporary design.’ 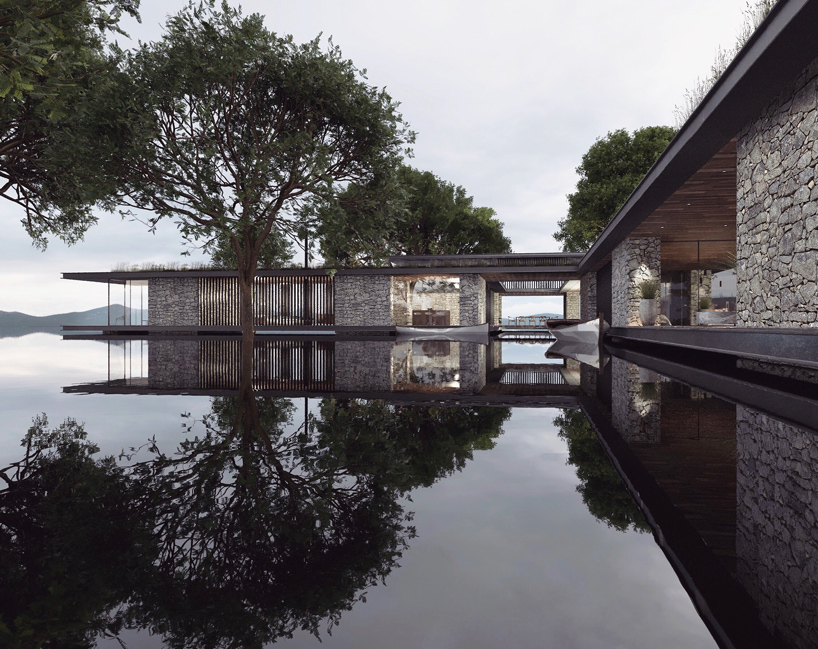 the predominant horizontality is interrupted by sections of vertical louvres

as is clear with his ‘mobius’ house, the work of mexico-based designer antony gibbon is often expressive of an exploratory formal investigation. ‘loch eight’ presents the viewer with a dichotomy of weight and material. two monolithic slabs connected by stone walls seem to float over an untouched body of glass-like water. the heaviness of the stone is visually counteracted by moments of nearly seamless full height glazing whose frames are nested flush with the structure. 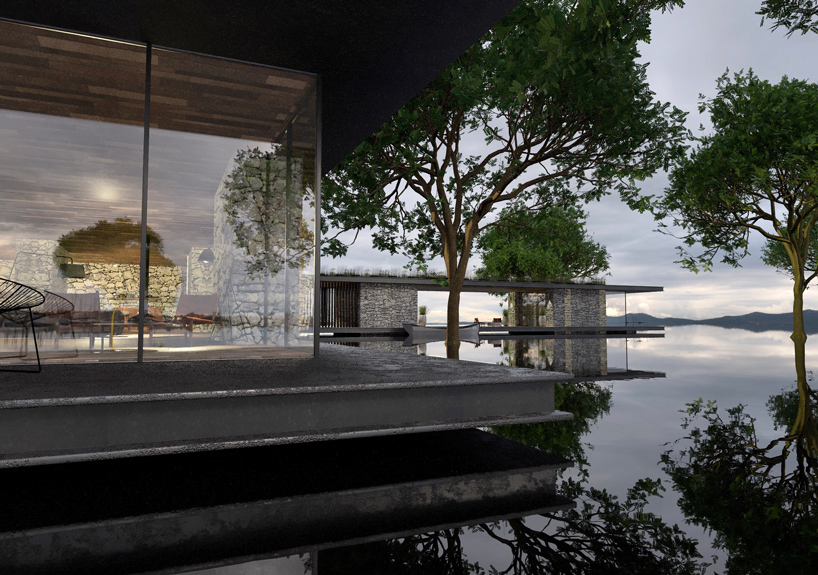 the interior spaces, organized along a grid laid out across the lake, are accessed by a platform to the mainland. this gridded layout encircles the water and generates a centralized courtyard in the form of a natural pool out of which interstitial channels radiate, generating links with the surrounding lake. with closed private spaces, interior rooms opened by full gazing, and occupiable exterior decks, the project suggests a diverse spectrum in which a visitor might experience the surrounding natural context. 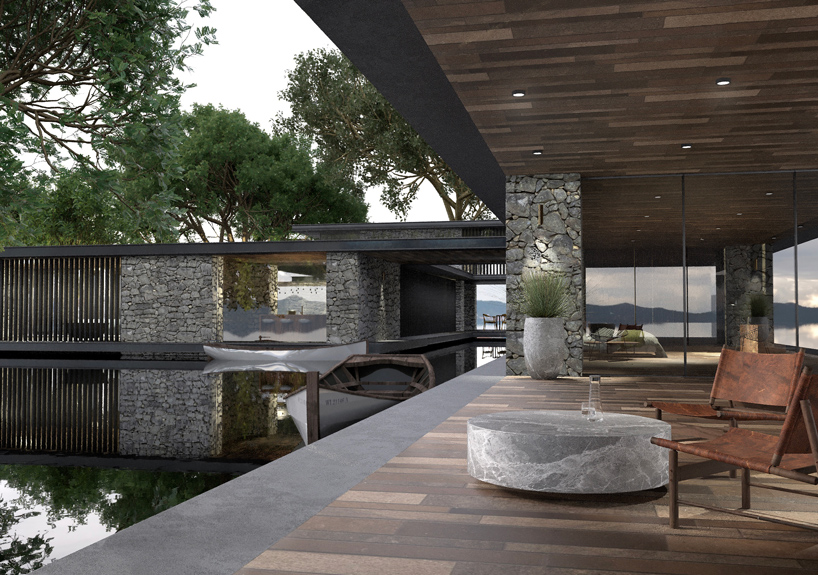 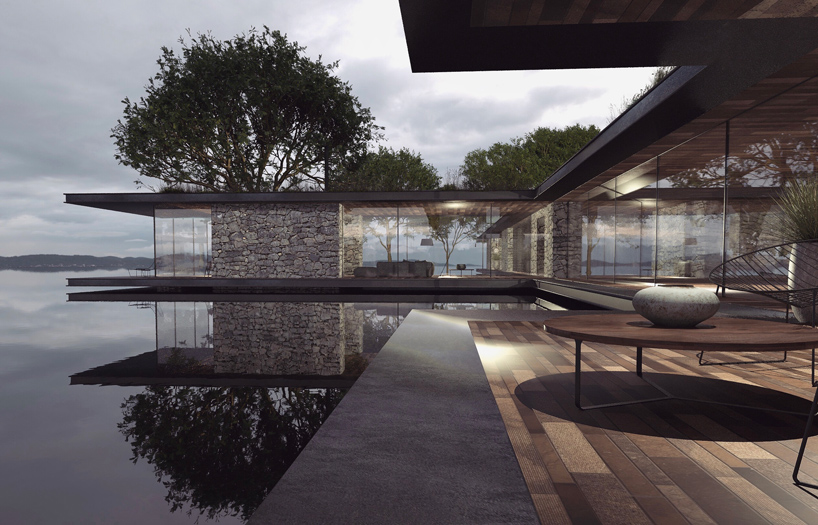 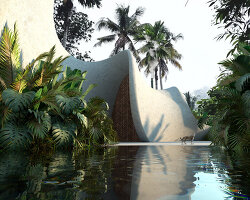 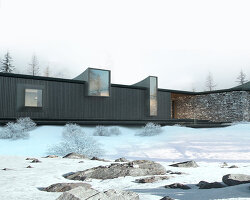 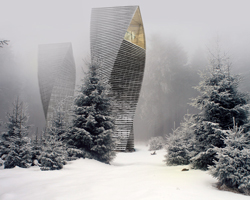 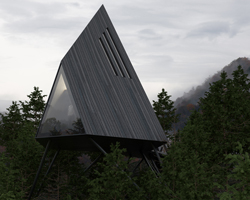 May 31, 2020
antony gibbon elevates black-clad geometries with his A-F3 treehouse 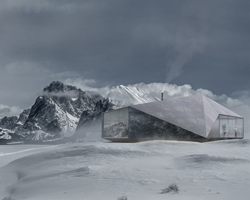