‘helsinki university main library’, the largest academic library in finland, has been completed by anttinen oiva architects. the brief required a building to be constructed which, as well as catering for the school’s students and staff, reached out to the broader public. the scheme, located in the city center, seeks to cater for a new age of digital information, in addition to providing more conventional services. 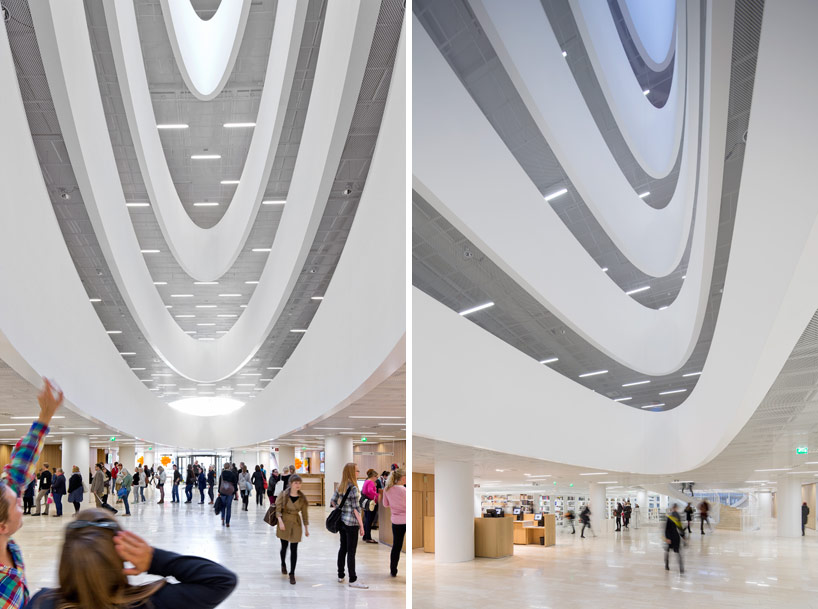 a central atrium, encircled by walkways and circulation routes, rises through the core of the building
(left) photo by tuomas uusheimo
(right) photo by mika huisman

the design team worked to make sure that the structure remained compatible with its surroundings in terms of materials and scale. the curved brick façade compliments the existing urban block while a large arched opening ensures that the institution retains a distinct external appearance. 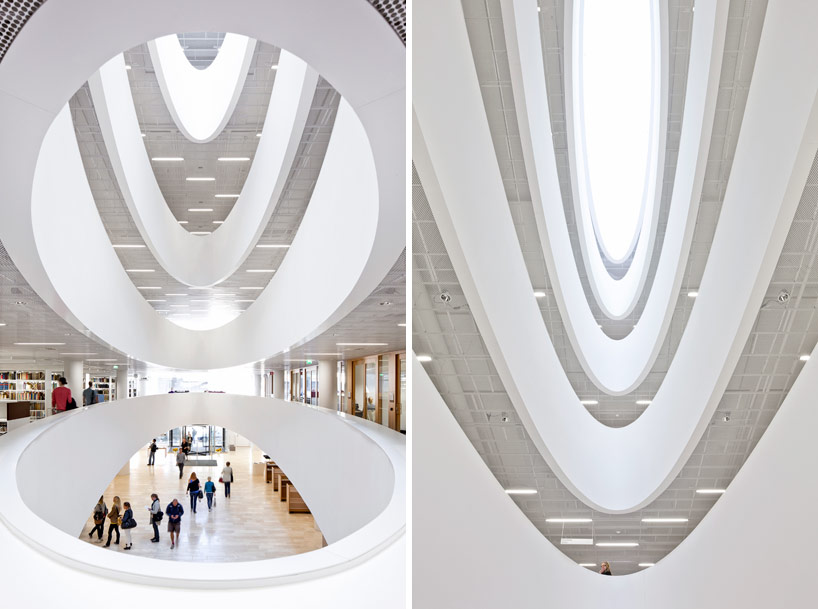 internally, a central atrium encircled by walkways and circulation routes, rises through the core of the design. these functional spaces shape the architecture of the interior as well as the project’s façade. in addition to quiet reading rooms, an area with soundproof working facilities provides for both silent reading, and louder group collaborations. anttinen oiva have sought to craft an effective, flexible and comfortable environment for students, staff and researchers, capable of adapting and reacting to the future demands of the library building. 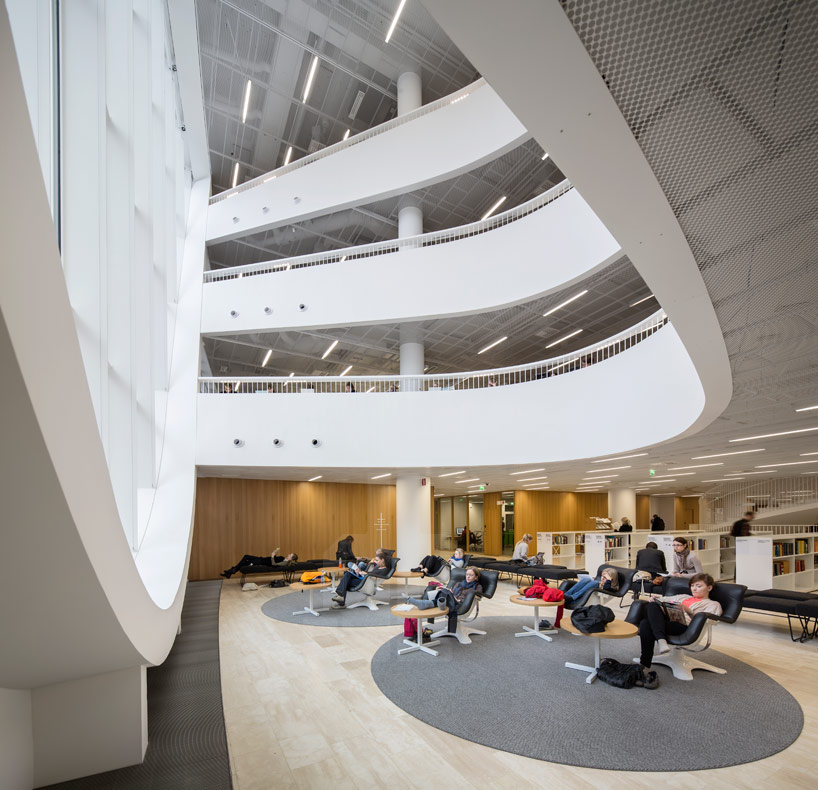 the library seeks to provide for a the new digital information age, as well as providing more traditional services
photo by mika huisman 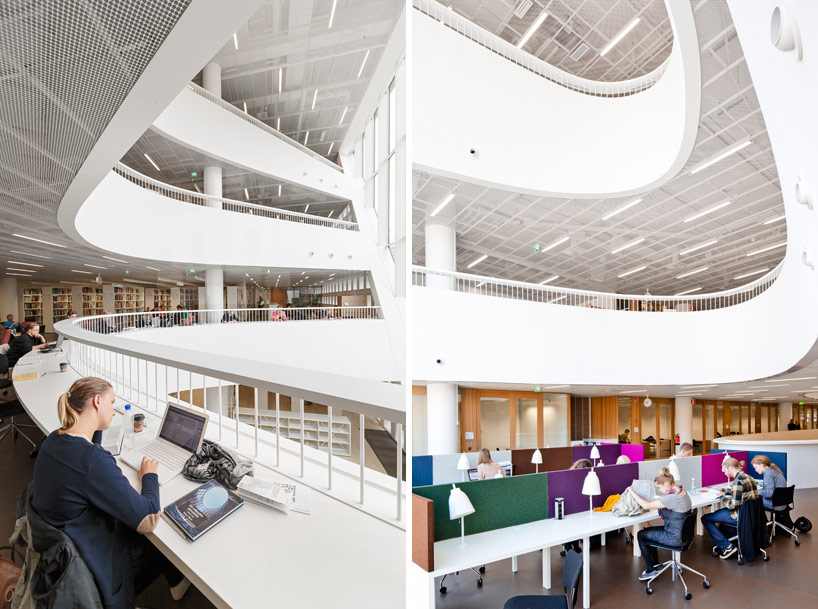 a range of study areas are provided
photo by tuomas uusheimo 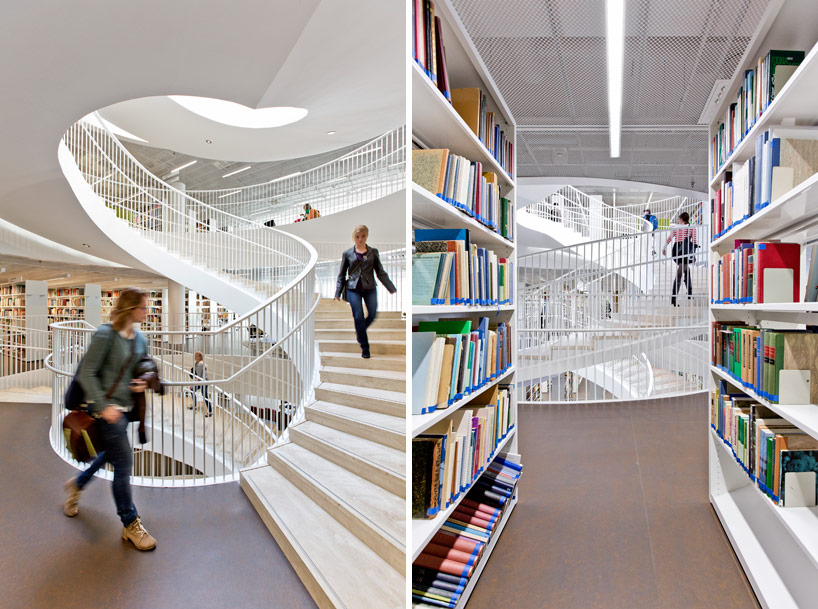 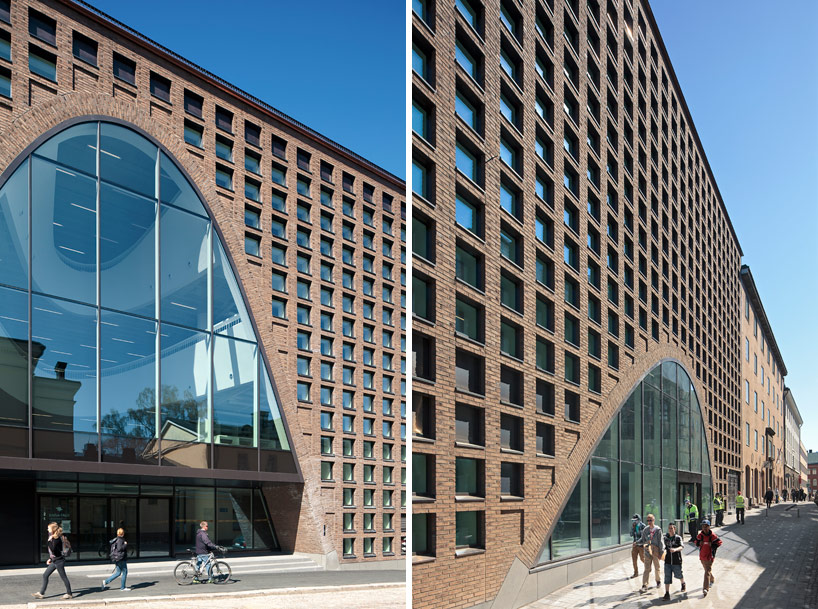 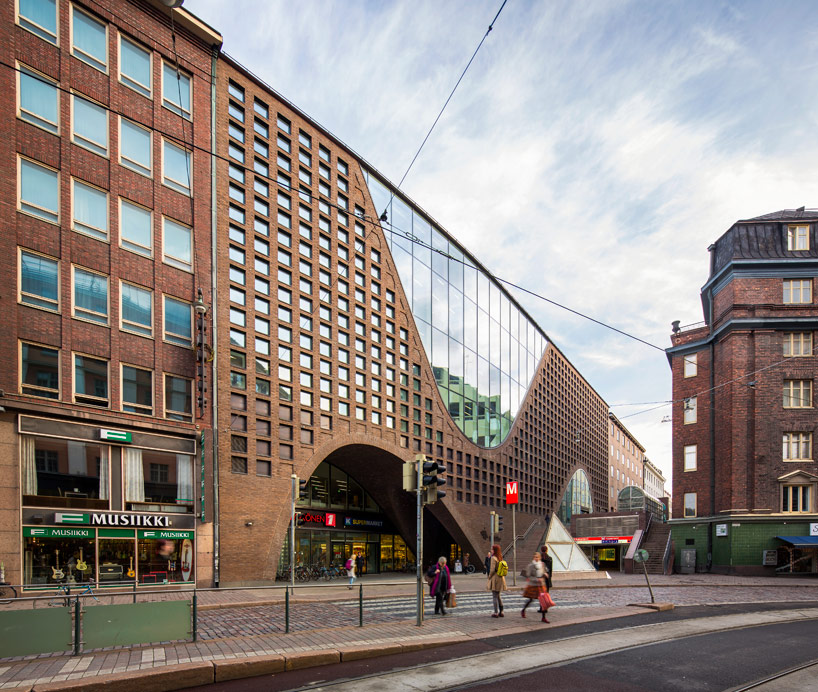 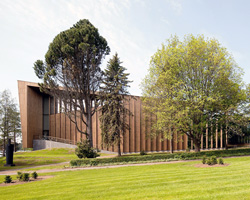 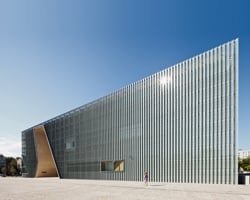 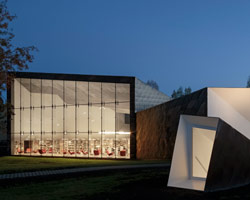