residing in a peaceful neighborhood in kawasaki-city, japan is ‘patio house’ by apollo architects and associates. the scheme is characterized by its minimalistic façade — a stark, white box that effortlessly extrudes from the timber structure. internally, the layout circulates around a central patio. due to the lack of windows on the exterior, the residence gives the impression of being a highly private and enclosed space, but coupled with the fully glazed internal walls natural light entering the rooms is maximized. 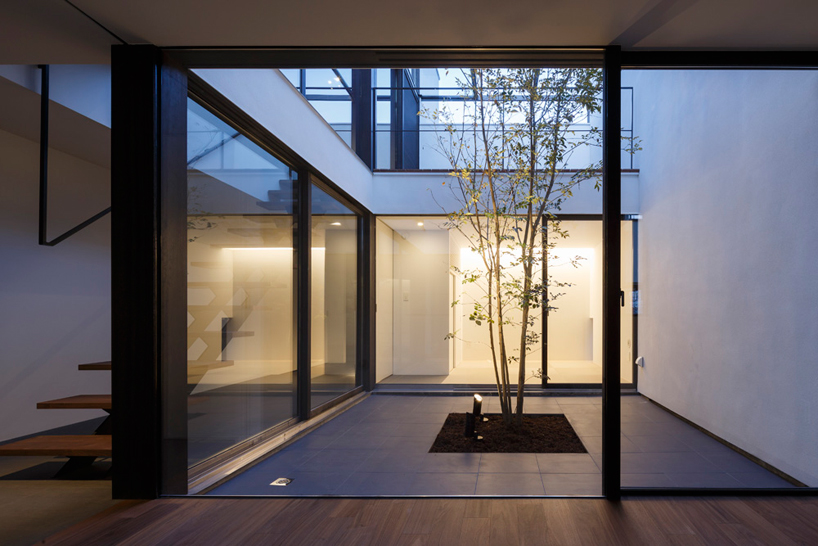 split between two levels, a single tree (stewartia monadelpha) has been planted at the center of the patio. the living spaces are furnished in a contemporary style, along with touches of traditional japanese tatami and a slanted ceiling surface constructed with SPF timber becomes visible. the glazed surfaces reflect the natural light from the central void, producing a play of light and shadow on the ceiling. 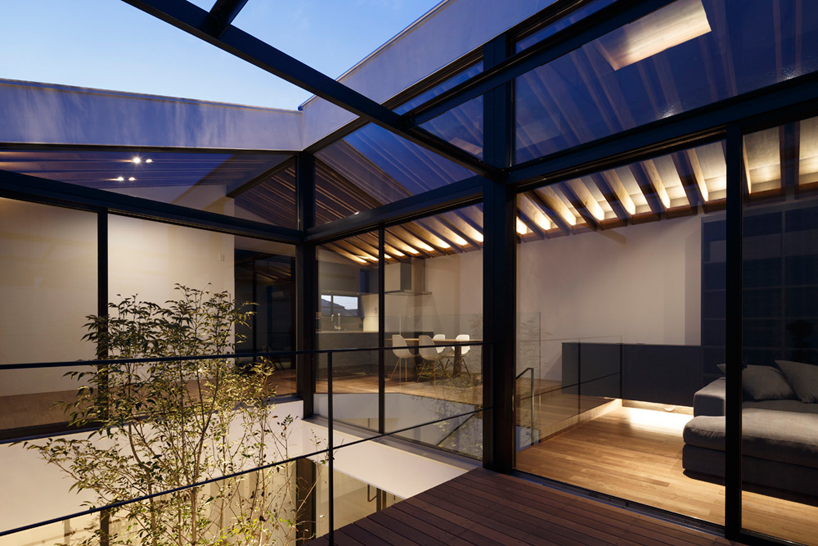 on the upper levels, built-in furniture has been installed to provide seamless storage for personal items, while large sliding doors have been included for the unity and consistency of the different communal spaces. raised on a platform are the dining and kitchen areas, this gradual and subtle transition adds a theatrical aspect whem moving from one area to the other. 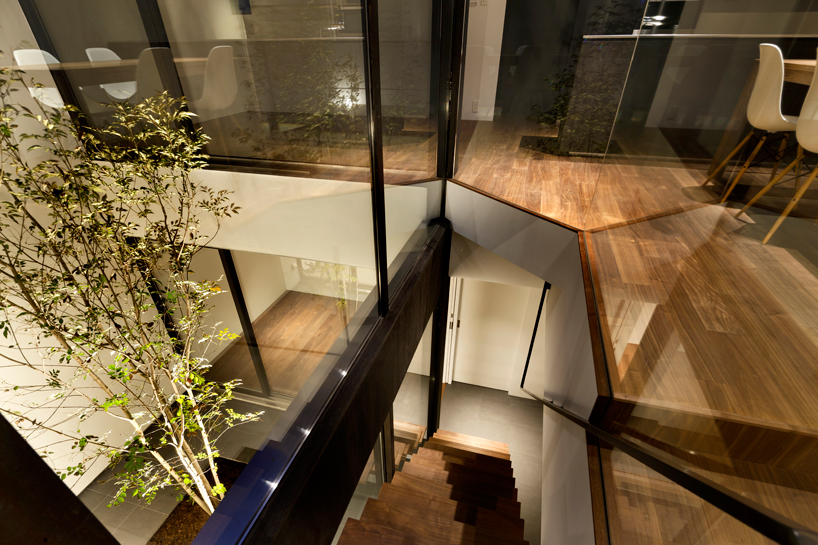 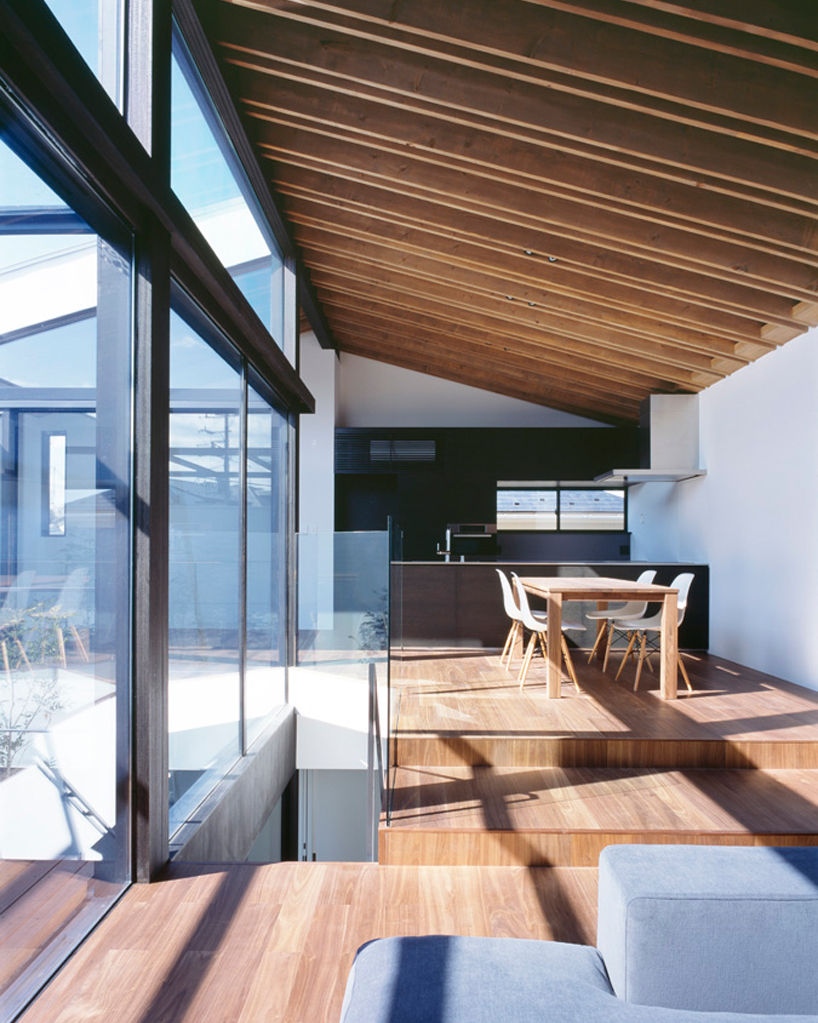 the slanted timber trusses above the kitchen and dining space 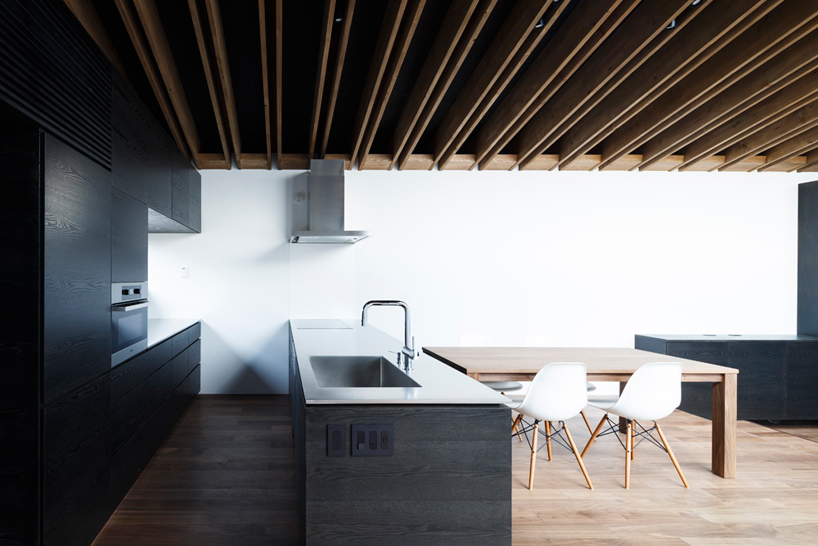 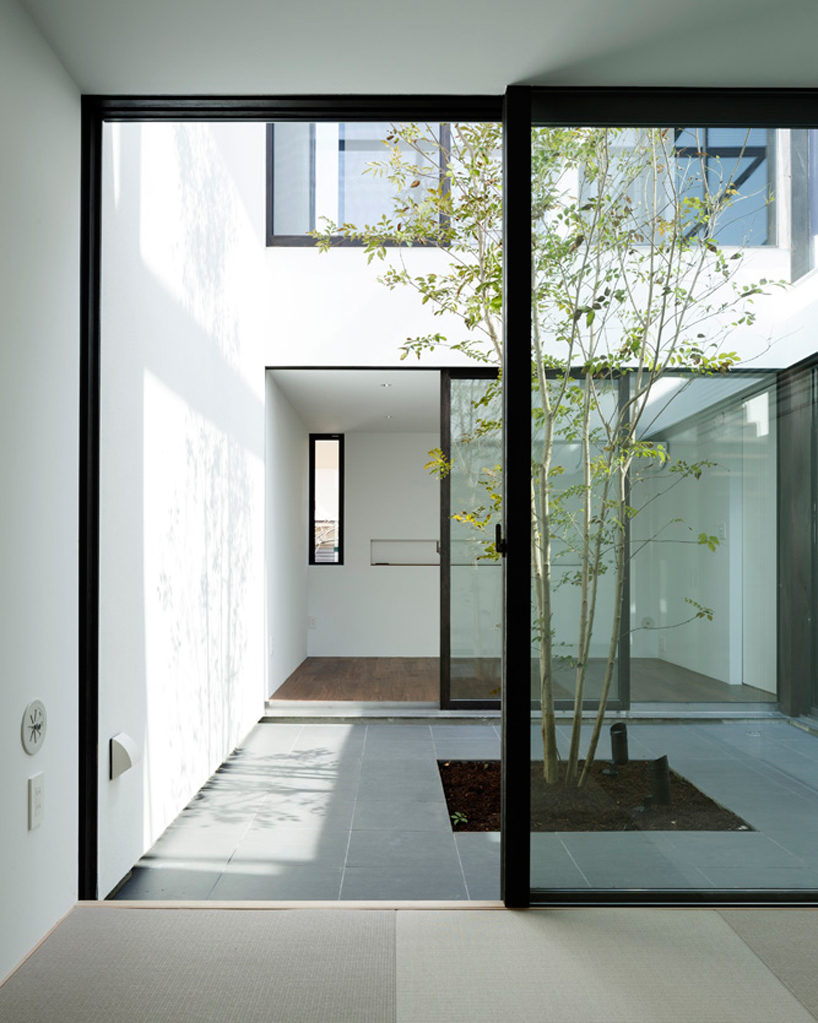 each space has a seamless transition from one to the other 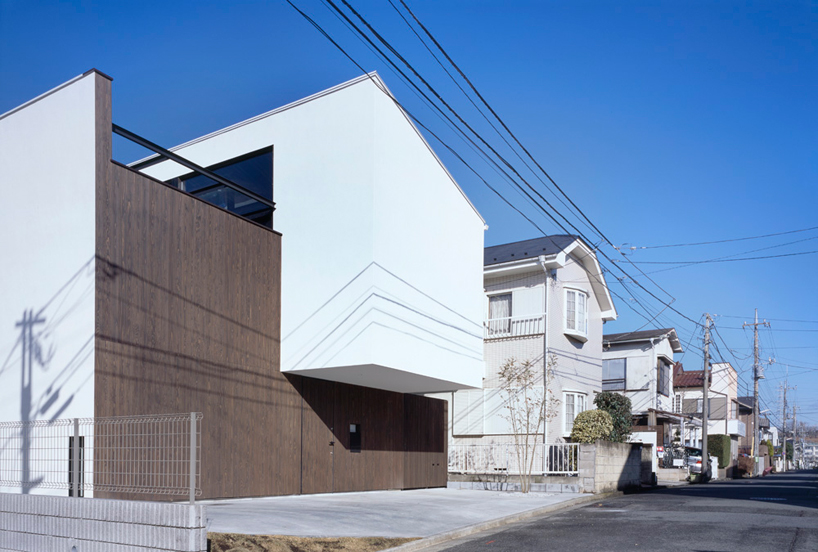 the white volume protrudes out from the timber façade 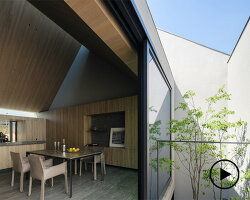 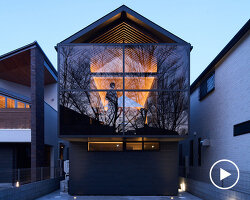