2m2 architects’ ‘apple farm house’ project is situated in the high mountains of the gyeongsangbuk-do province in south korea. the altitude, soil, and climatic conditions make it a suitable land for apple production. the clients are a happy couple who are a few years away from retirement and their plans after retiring is to grow apples on the plot. they have already began during the weekends, planting apple trees and building cold warehouses. in the meantime, they live in a temporary shipping container-designed home on weekends, but as young grandchildren living in the city come to visit frequently, they put forward the plan of building a house fit for everyone. 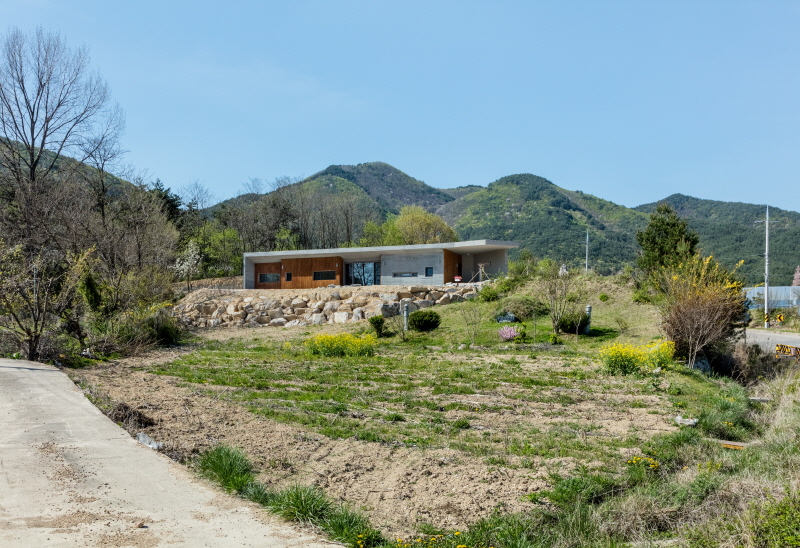 the clients have requested the korean based 2m2 architects to design a small house that will be surrounded by the beautiful scenery of nature. the ‘apple farm house’ project consists of working with an area of 100m2 with two rooms, a living room, a kitchen, and a small space to work outside. since the surrounding scenery is so beautiful, the design team has arranged the external working space in the front so that they could work looking at the beautiful scenery. instead of providing a small space on the remaining land, 2m2 has planned it as an active space, an extension of the building and highlighting it as the identity of this small house. 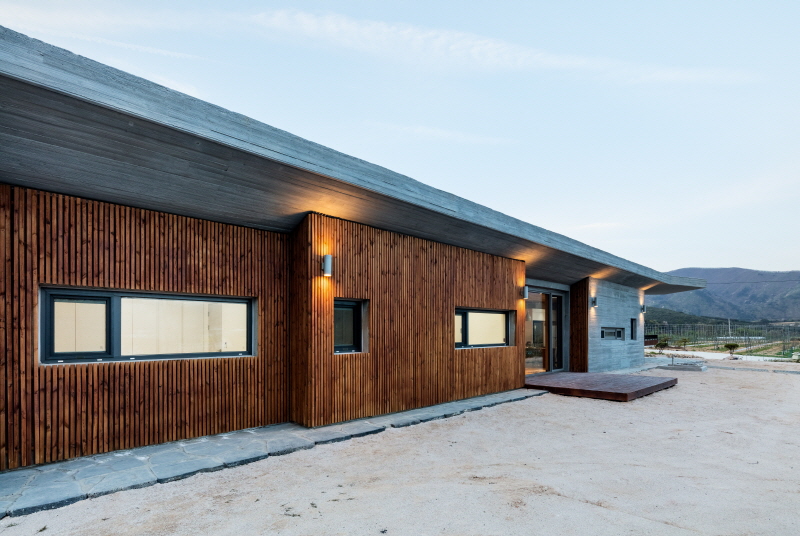 the external work space which can serve as the extension of the main entrance is planned to be a canopy structure with a long roof stretching, which creates a shade and prevents rain from falling in. the roof is up in the air without pillars or walls in the front, which gives a panoramic view without any visual obstacles. in addition, you can see the apple farm on the other side of the site on which the owner worked hard for a long time. also, by slightly turning the direction of the canopy according to the shape of the earth, it gives a rhythmic feel to the straight line, and also brings about structural stability. it is a transition space for entering and leaving the house and it is also used as a playground where the grandchildren can run around enjoying the breeze and can play in water in the summer. 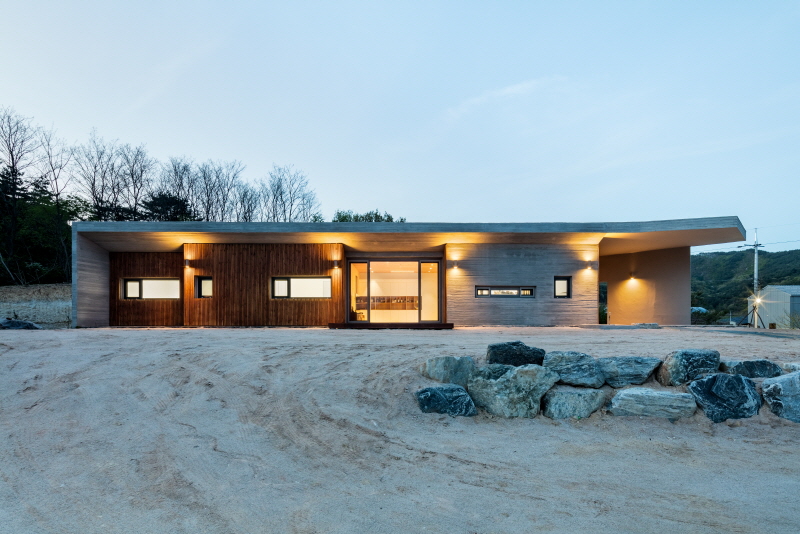 the outer finish which uses the pine-wood exposed concrete and the wooden vertical louver mixes naturally with the village of the mountain. when it comes to interior space, rooms are all arranged to the south according to the earth that stretches to the east and the west. then, the space was divided by sliding pocket doors between the public area of the living room and the kitchen and the private area of the bedroom. there is a large window on the front of the living room, and a wooden deck is laid on it, so that the living room – the outside deck – the inside and outside of the front yard can be freely accessed. the living room ceiling is installed with spruce wood louver finish and the front wall is installed with birch plywood to make it a cozy space. 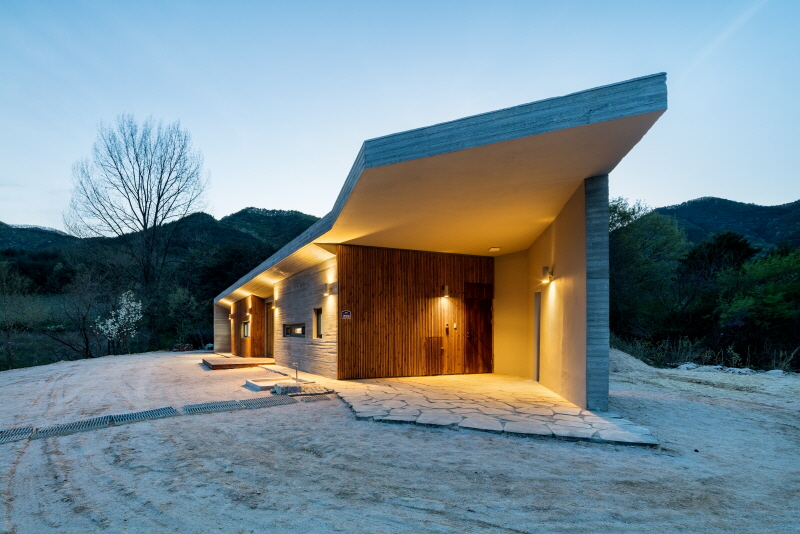 the external work space serves as the extension of the main entrance, preventing rain from falling in

the corridor wall facing the bedroom has exposed concrete finish, which contrasts with the feeling of the living room. it is part of the southern province, but surrounded by high mountains and colder than other areas on the same latitude, so thicker insulation are used to allow for warmer winters and cooler summers. because it was a housing project located far away from the downtown, there were many difficulties in the construction process, but it was able to be completed well with the understanding of the clients and the efforts of the builder. 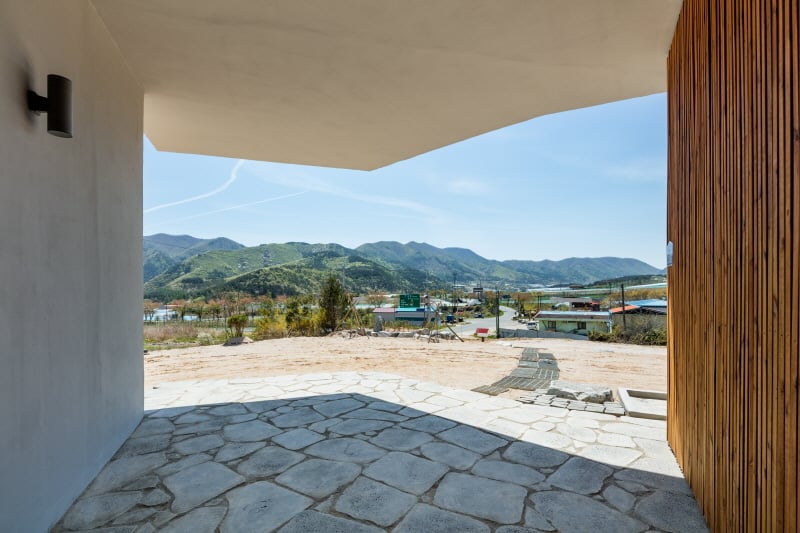 the roof is up in the air without pillars in front, which gives a panoramic view without any visual obstacles 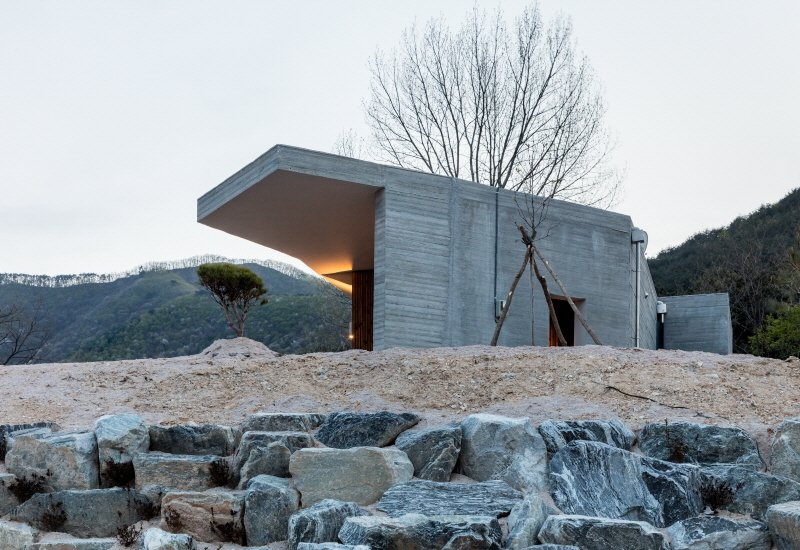 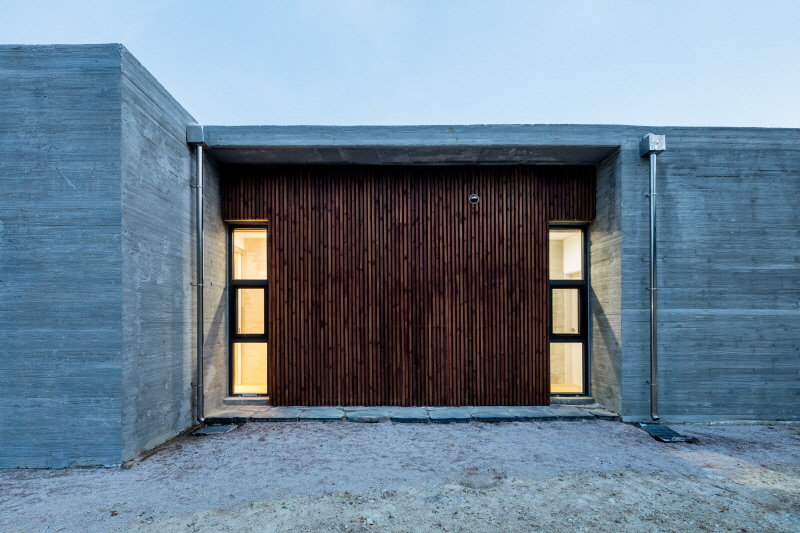 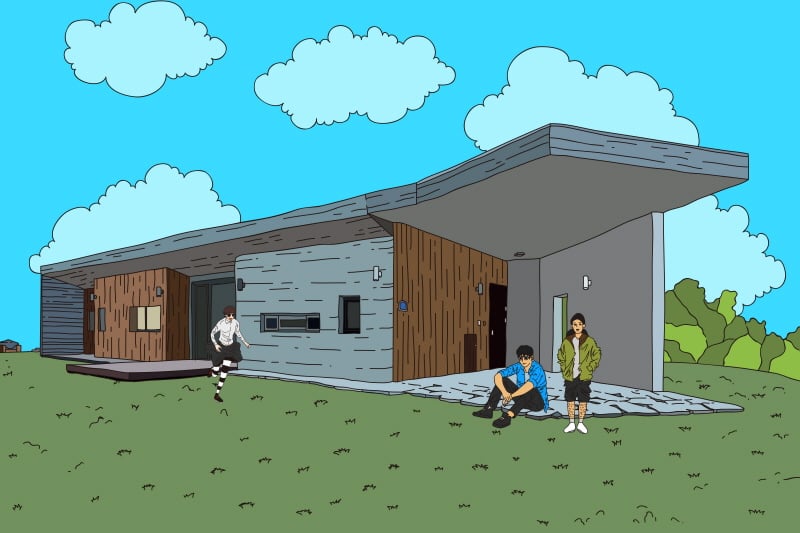 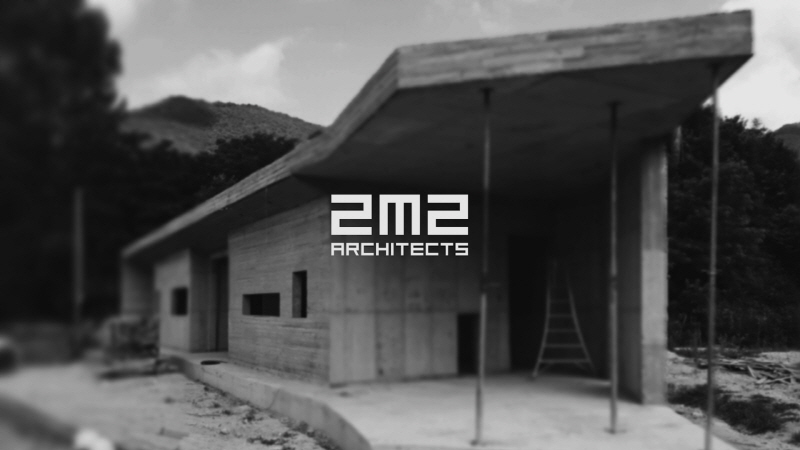