arash g. tehrani has proposed a design concept to renovate a religious structure in one of most crowded crossroads of tehran, ‘qods mosque’. ‘the current situation has a confounded landscape with several wrongly installed objects,’ says tehrani. ‘the mosque consists of a tent-shaped building and an unfinished minaret. the client (tehran municipality) needed to remove the non-islamic face of a pyramid mosque and also to renovate the urban landscape.’ 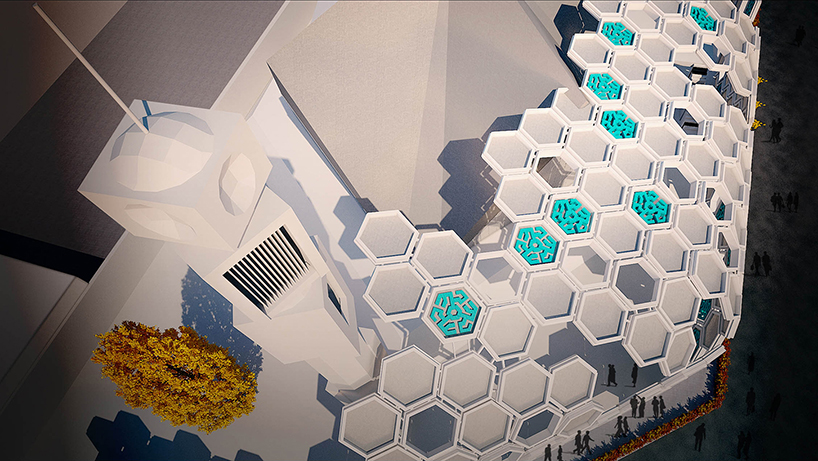 the work envisions a semi-transparent urban façade to partially cover the facility, as the municipality had suggested. this system would form the skyline of a mosque with a dome, gate, porch and a minaret, which is also a decoded architectural object of its traditional shape. 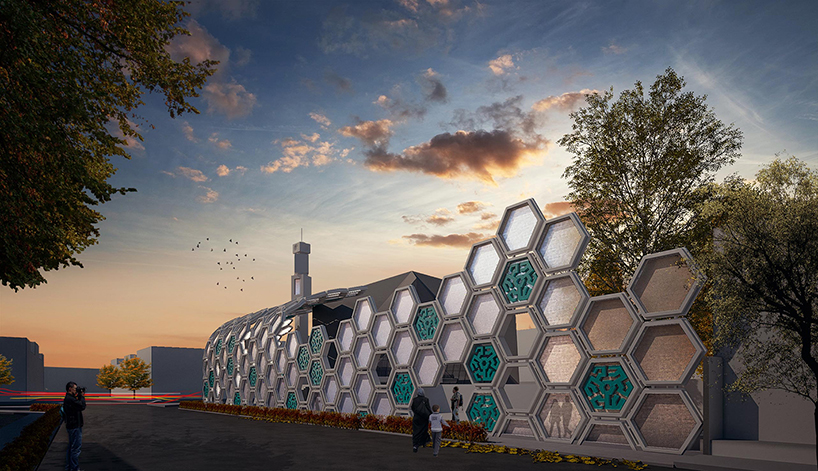 eventually, the gesture creates a multi-functional contemporary porch covered by a persian islamic pattern. the repeated elements have been derived from an artwork by the late mahmoud maheronnaghshan, a traditional iranian architect and researcher. ‘porches could be seen in every city and building in historic iran,’ tehrani states. ‘these porches are one of the most important parts of the historic persian mosques called ‘ravagh’. thus, they are place for public service. this façade could also provide temporary book shows, be a place for religious ceremonies or even a shelter for an old woman to rest in the shadow during a day walk.’ 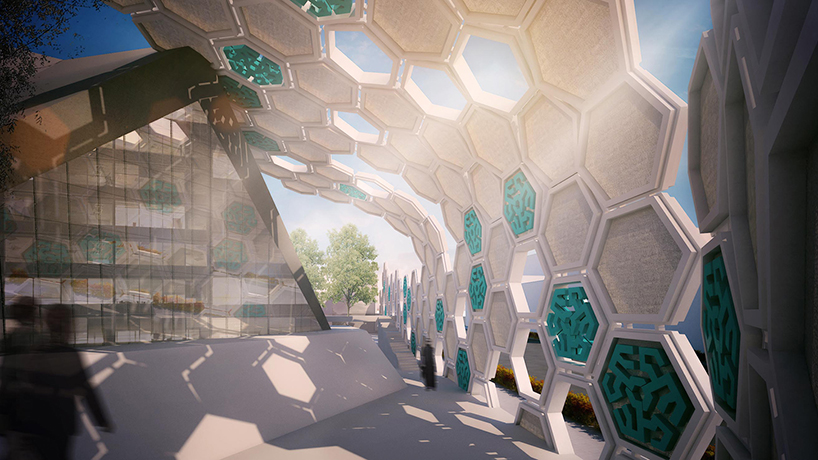 interior parts of the porch, which could be used in different occasions
image © pooria abaci

the minaret is formed from three cubes with varying programs. these volumes are rotated extrusions of three squares whose geometries originate from a decoded dodecahedron islamic symbol. the top cube, which represents ‘light’ and ‘fire’, operates as an LCD screen for the residential zone of darya boulevard. the second cube houses the muezzin’s quarters. equipped with sounding systems for prayers, one side features a small window-port, which is in axis with qibla, while the other side is directed to the darya crossroads. the third cube has cardinal directions, which references the call, which was one the most important functions of al-masjed al-nabawi. 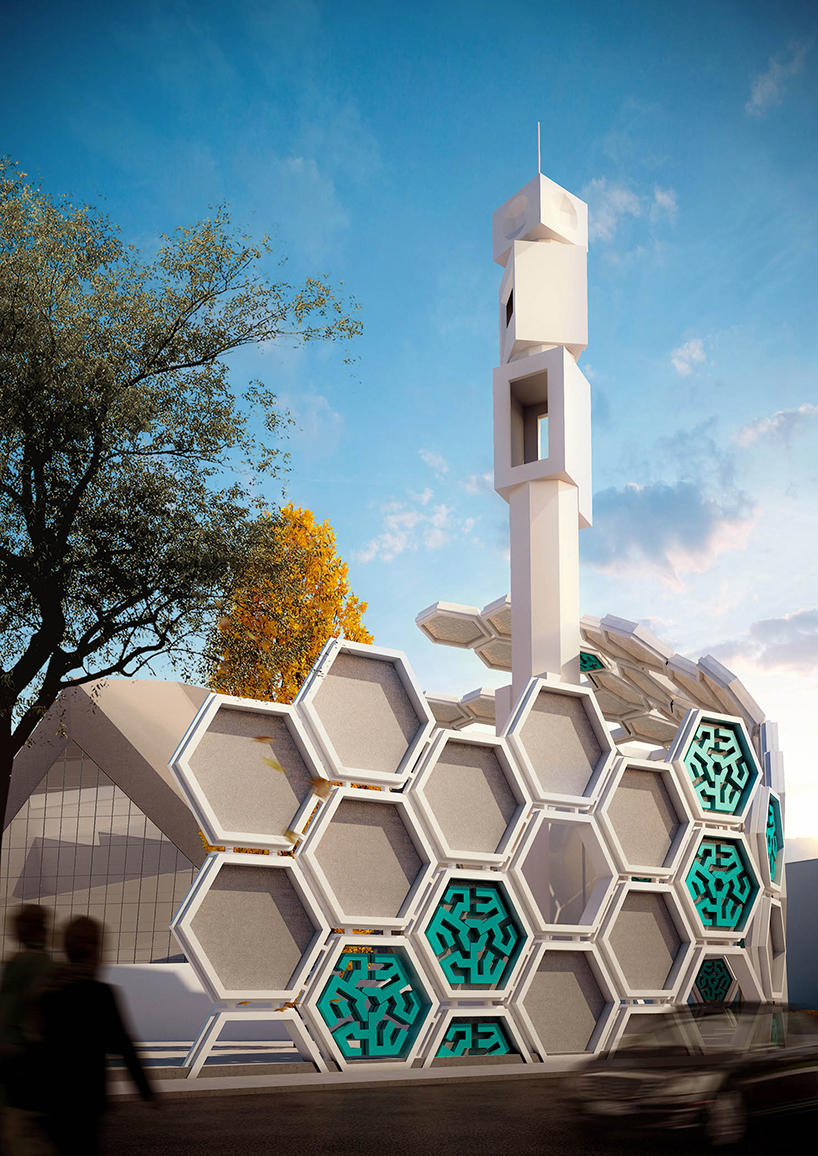 east side of the façade from khovardin street
image © pooria abaci

all parts of the façade are prefabricated in a factory. there are three types of tiles with same size:  one including the ali pattern, one surfaced tile and another with three rings only. here, the main structure would be installed using steel, followed by the placement of the modules and the inner surfaces of translucent concrete. 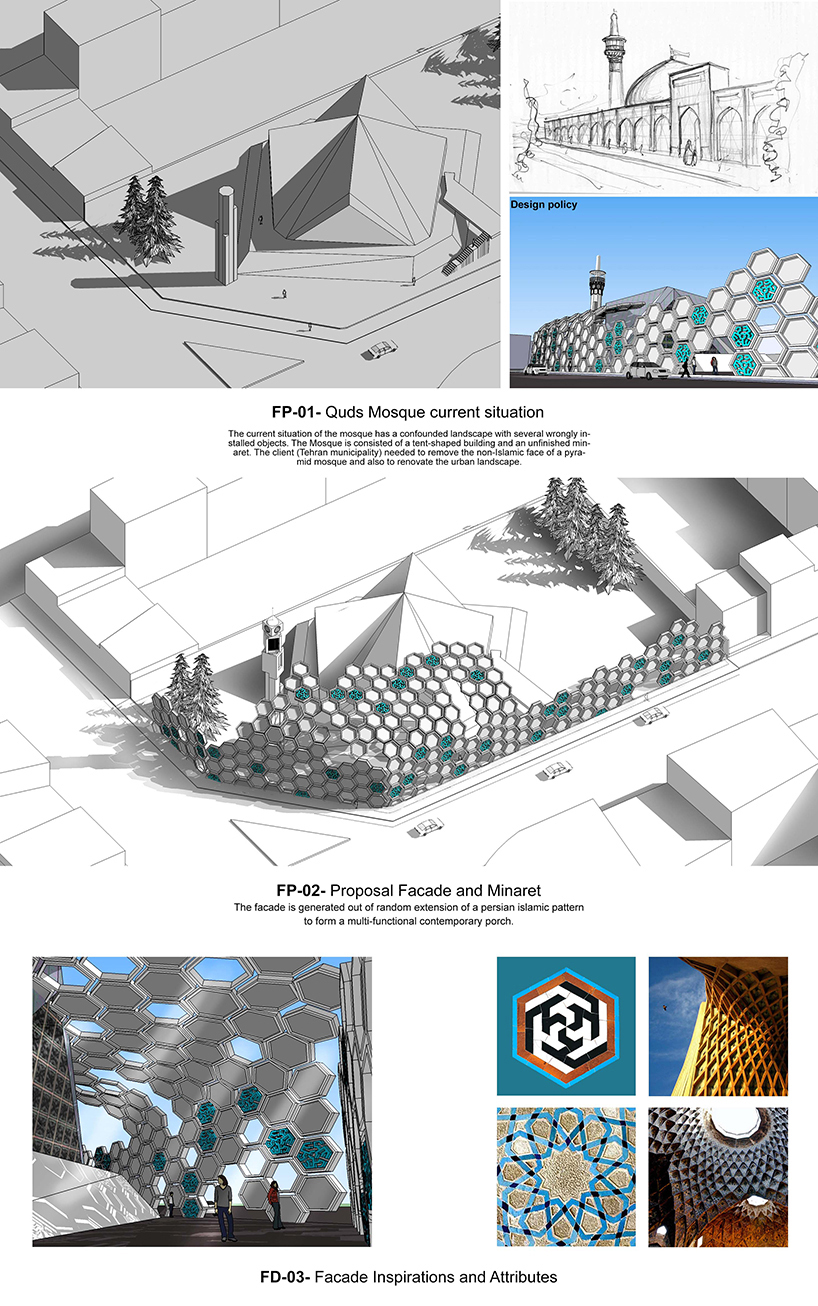 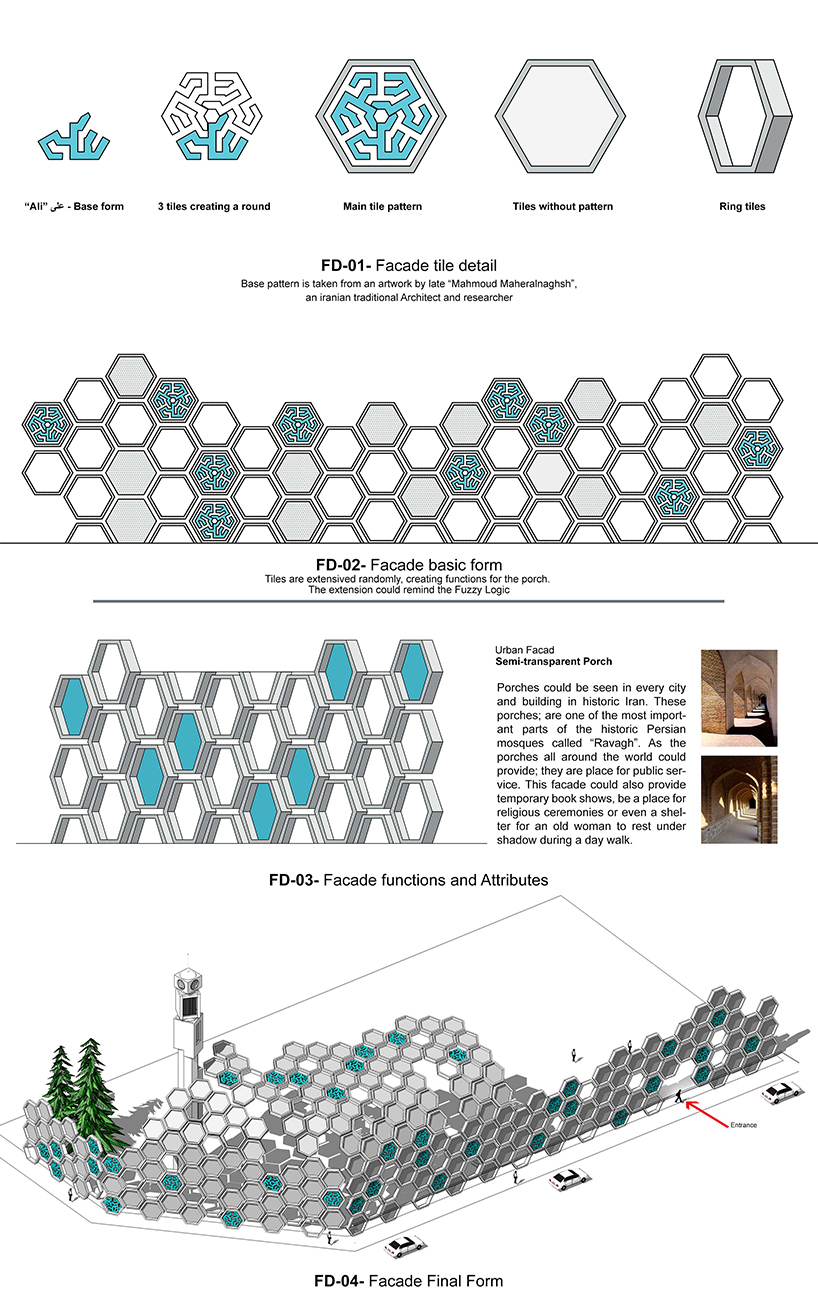 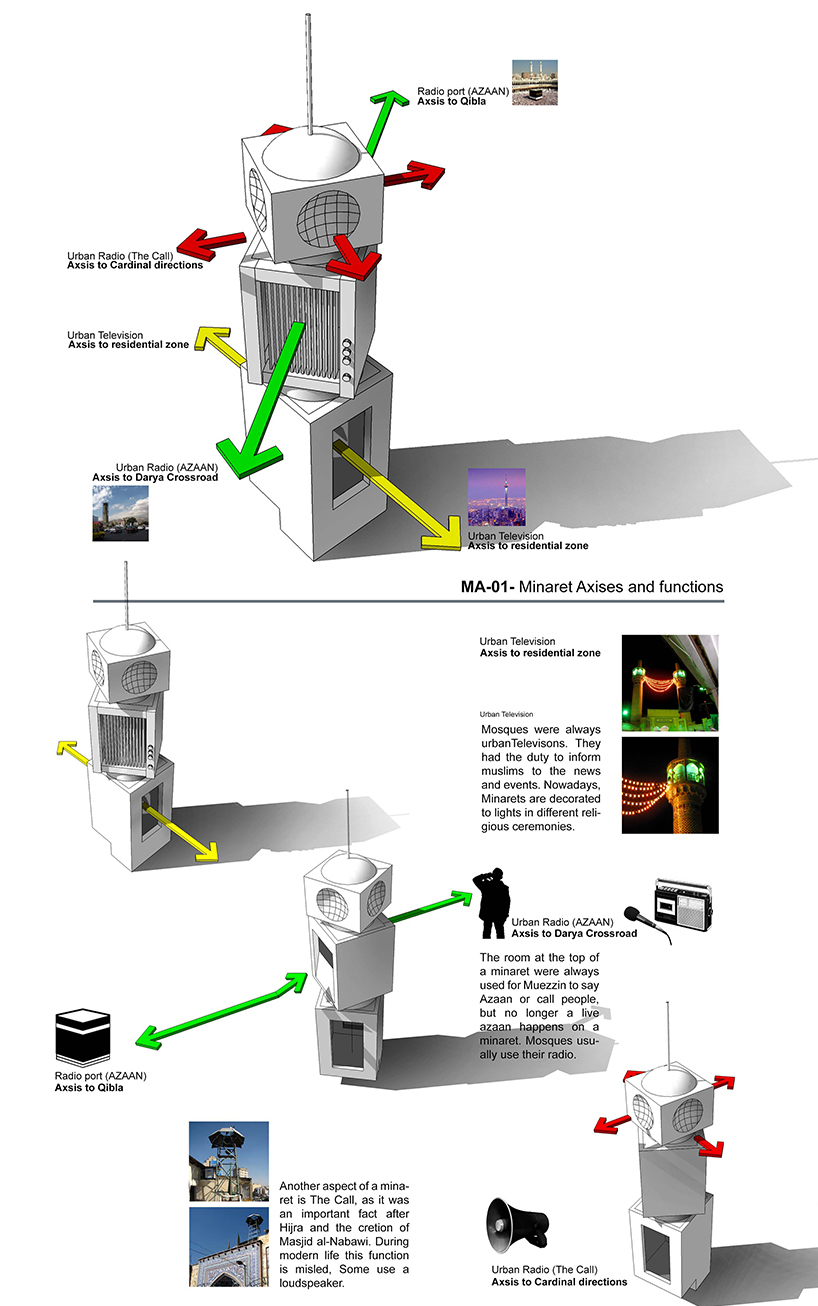