it is no secret that zaha hadid’s 2020 olympic stadium in tokyo has been under intense scrutiny since the design was revealed 2 years ago, sparking an endless global debate and an official petition. since then, hadid has released images of a ‘toned down’ design which is the result of a consolidation of critiques, budget reviews, and practicality assessments, in an effort to appease public (local and global) opinion of the stadium. renowned japanese architect arata isozaki, and residents of the stadium’s future location, have recently released a statement on the project and the process it is currently undergoing.

‘two years ago, I felt that the zaha hadid proposal chosen through an international competition was a design that presented an excellent image of a 21st century urban architecture, calling to mind the sense of speed of sports competitions. as a resident of tokyo, I supported the proposal,’ isozaki says at the beginning of his discourse. as a competitor and judge in several international competitions, he understands the disparate speculations springing from public opinion, but hadid’s architectural response is to isozaki ‘a dull, slow form, like a turtle waiting for japan to sink so that it can swim away. the sight left [him] in despair‘, warning that if the stadium gets built, ‘tokyo will surely be burdened with a gigantic white elephant.‘ 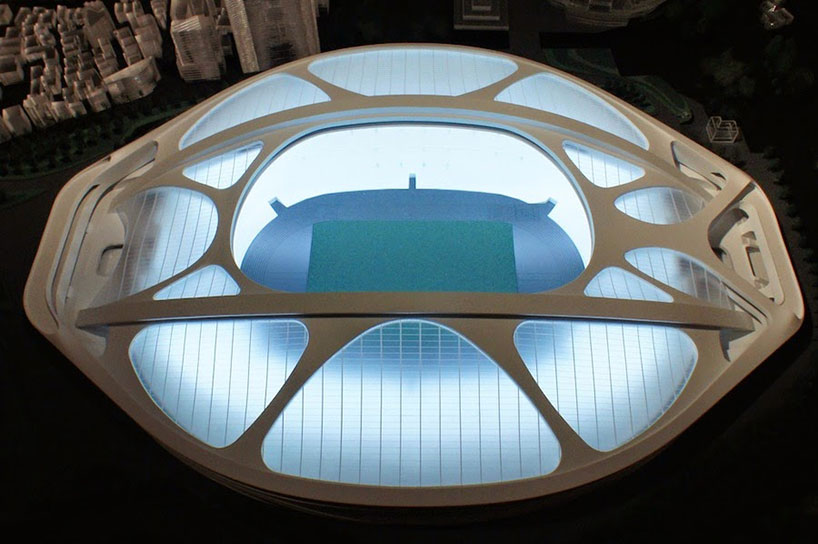 isozaki goes on to summarize the various points and considerations being made:

‘1. respect the fact that the zaha hadid’s proposal was chosen through the legitimate process of an international competition.

2. acknowledge as reasonable the criticism by experts, architects, and the public that the original proposal is unsuitable to the environment of jingu gaien.

3. accept that expectations were overblown and that the resulting design greatly exceeded the appropriate budget because the conditions given to the architects in the international competition included an overloaded program.

one of the biggest mistakes, isozaki suggests, is committed first and foremost by the competition committee and their ‘insistence on selecting the proposal over selecting the architect, despite its clear zaha hadid signature. ignorance of the conventions of international competitions, lack of understanding, and irresponsible decisions have consequently distorted the subsequent process.’  he goes on to analyze the effects that the nature of the competition has had on the final product, stating that the organizers have fallen ‘into a trap of their own making’. by selecting an architect, and not a project, you allow for a period of review where criticism is only a part of a project’s evolution alongside further designing and a flourishing of new ideas. the architect must be picked for their ideological capabilities, and the project will grow organically as a result. 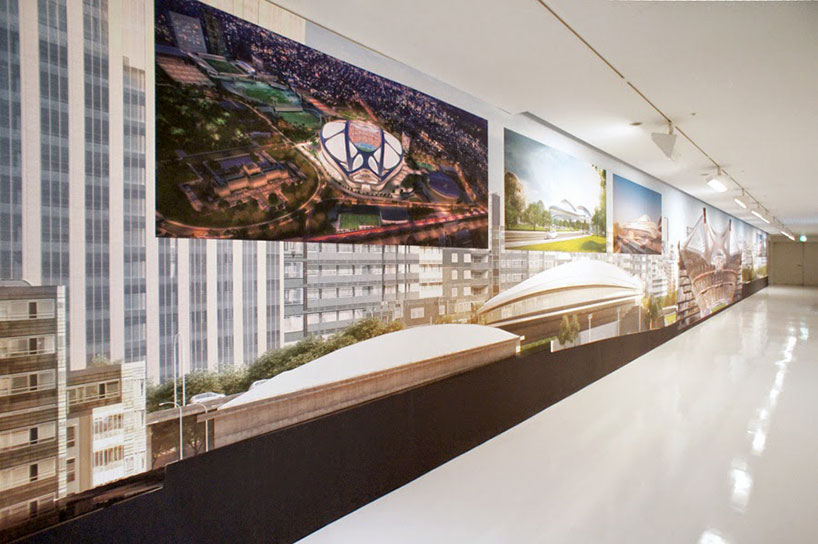 isozaki does not only criticize the design and overall situation, but also goes on to give his suggestions for a successful olympic stadium:

‘1. do not use the stadium for the olympic opening ceremony, which is only a temporary event. instead, concentrate on creating a sustainable stadium at the present location. construct a sports field that meets the standards for an olympic stadium, and also incorporate facilities designed for its continued use after the olympics and paralympics. pay close attention to forming the landscape while taking into consideration the surrounding environment, including the flow of large numbers of visitors.

2. hold the 2020 tokyo olympic opening ceremony at a purpose-built venue outside the imperial palace moat in front of the nijubashi bridge. this is an opportunity to surpass the format of a opening ceremony on the main athletic field that has been standard ever since the 1936 berlin olympics. such a stage could capitalize on being live for the media age, addressing the 1 billion people watching on tv or online, not just the 100,000 or so people at the venue.
at that location, there is room to erect a three-dimensional grandstand facing a spacious stage larger than an athletic field against the backdrop of the edo castle moat, stone walls, and keep. the grandstand could accommodate around 120,000 people. afterwards, it could be dismantled into 50 parts for relocation to each of japan’s prefectures, contributing to the creation of parks or stadiums throughout japan to commemorate the olympics. images of the opening ceremony from cameras soaring through the sky and from every other angle can be broadcast to the entire world.

in concluding, isozaki assures us ‘it is not too late. return to the winning decision (an international commitment) and consider the two years of discussions for and against it as a review study of the program. commission zaha hadid to re-design the new national stadium under these new conditions. she is an architect who is eminently capable of responding in such a manner. in addition, commission the design of an olympic opening ceremony venue appropriate for the program to kazuyo sejima, the creator of the sanaa proposal that remained in contention through to the end of the competition. the handling of the opening ceremony venue should be the responsibility of the promoters of the 2020 tokyo olympics. by taking this route, we can present an event to the rest of the world that is unconstrained by the traditional size of an arena, against a backdrop of scenery that represents the heart of japan, not just tokyo. by doing so, we can create a new format for the olympics of the 21st century, here in tokyo.’ 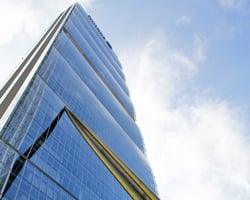 Aug 11, 2022
living in THE LINE: explore daily life in saudi arabia's future vertical city
in an exclusive interview with NEOM's urban planning director tarek qaddumi, designboom discovers what life will be like in THE LINE.
architecture
296 shares
connections: +360