architectural research initiative arch out loud has released the winners of its’ NUCLEAR international open-ideas competition. since the cold war, one of the most challenging and urgent tasks facing governments around the world has been the disposal of transuranic nuclear waste. as a by-product of nuclear weaponry production, transuranic waste is not only harmful but also boasts a formidable decay process lasting thousands of years. to address this issue, millions of barrels of highly radioactive waste have been buried in repositories deep beneath the earth’s surface. one such disposal site is the waste isolation pilot plant (wipp) in new mexico, united states. to ensure public safety, it is imperative that the site remains undisturbed for the duration of the waste’s decay process. arch out loud asked competition entrants to design a marker or marker system to deter inadvertent human intrusion into the wipp.

the NUCLEAR competition yielded quite a variety of proposals. the winner of the competition, agency-agency, is a new york based architecture and design studio directed by tei carpenter that takes an experimental, playful, and thoughtfully assertive attitude toward design. 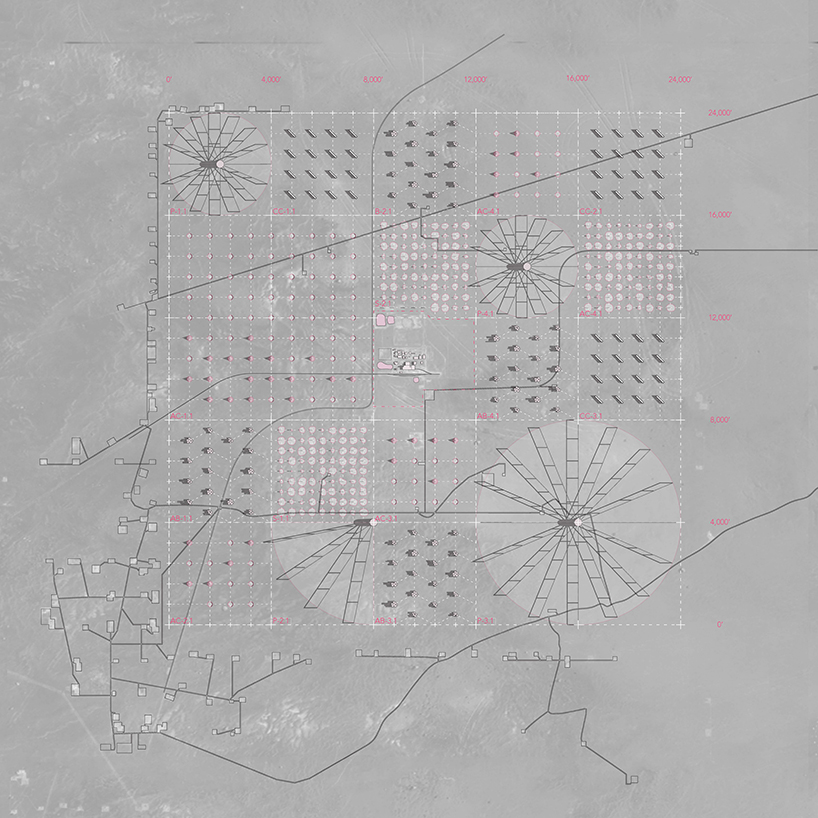 the marker should exist as a means of passive institutional control of the site for the duration of 10,000 years, following the closure and deactivation of the wipp. the purpose of the marker is to communicate with future generations that transuranic waste is buried within a repository at the facility, located 2,150 feet beneath its surface, and should remain isolated until the risks posed by its release have been sufficiently diminished. agency-agency’s testbed transforms the wipp area into a climate engineering experiment site to be initially managed by the department of energy. rather than communicating a warning through monument or obstacle, the project manipulates the geology of the site itself by setting in motion an open-ended assemblage of processes that generate an entangled scientific earthwork comprised of agitated hybrid formations, neither natural nor human-made. 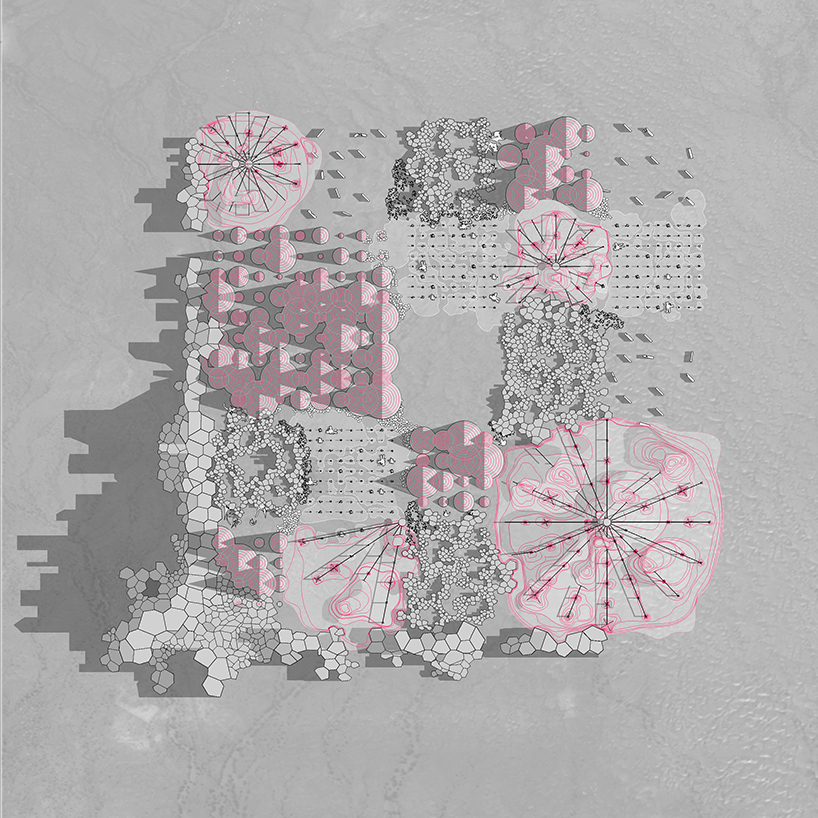 among the contestants’ proposals there were fixed, physical monuments and transitory landmarks, participants envisioned an enormous range of approaches towards the topic. some projects featured a series of markers, each changing and adapting to conditions over time. many allowed the site to be occupiable and engaged the viewer through the creation or repurpose of biological, technological, and natural forces. the arch out loud team will be presenting an analysis of the competition proposals at the waste management in phoenix, arizona this upcoming march. the winners and runner-up projects will be on continuous display through the five-day symposia event. 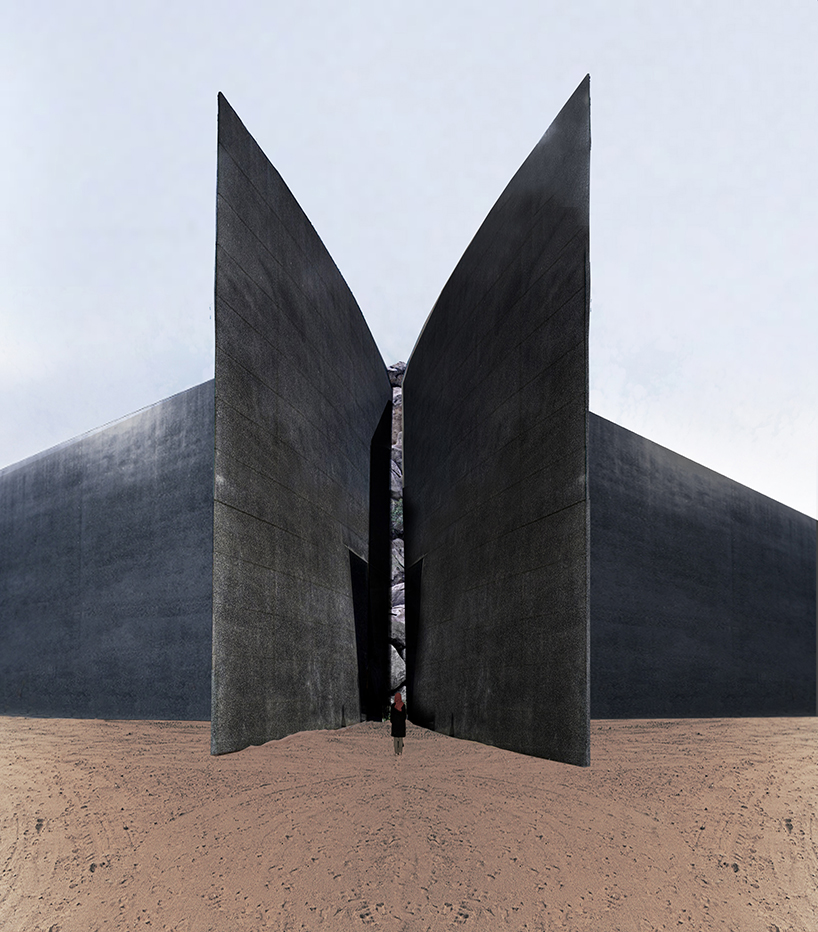 runner up: a storm is blowing from paradise by steven shimamoto – present day 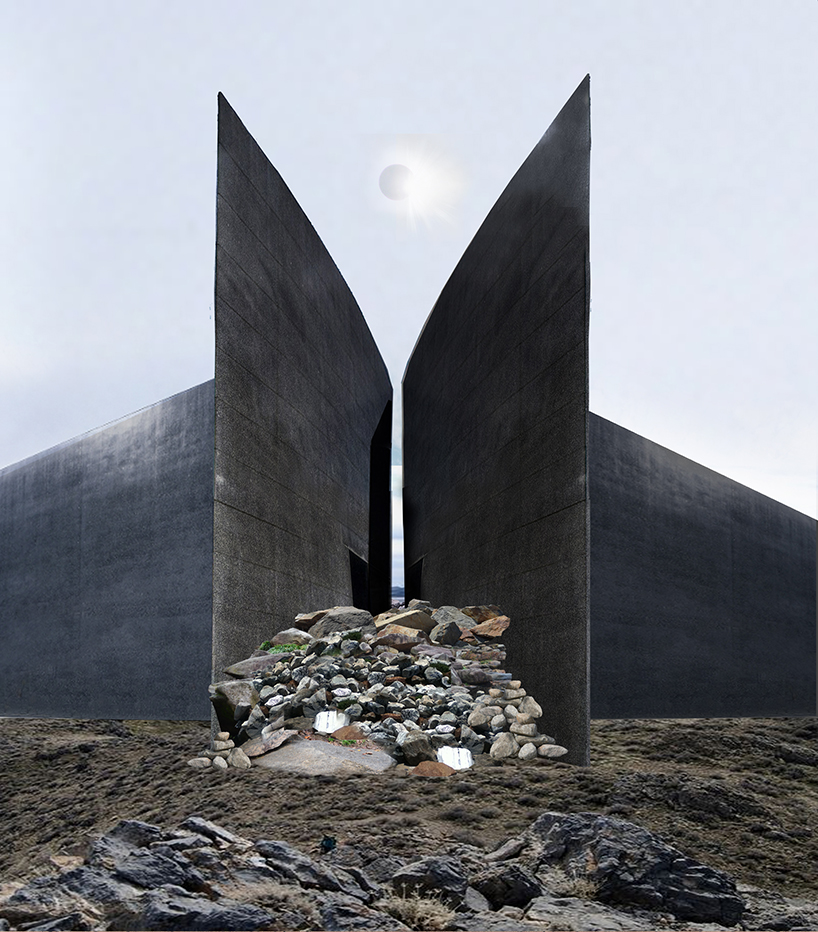 a storm is blowing from paradise by steven shimamoto – future day 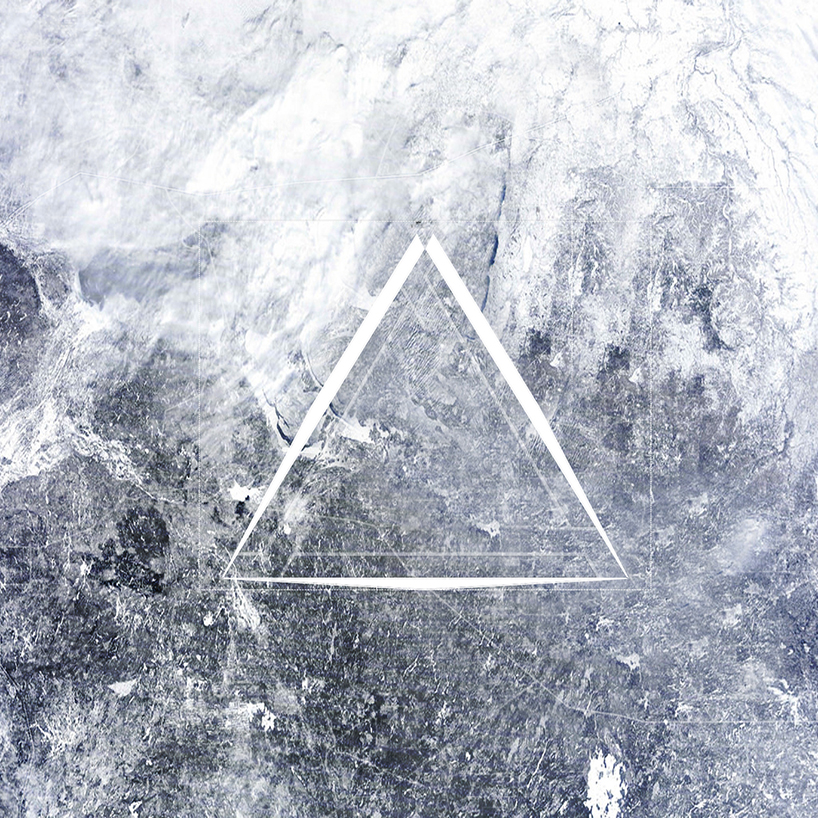 a storm is blowing from paradise by steven shimamoto – plan, ice age 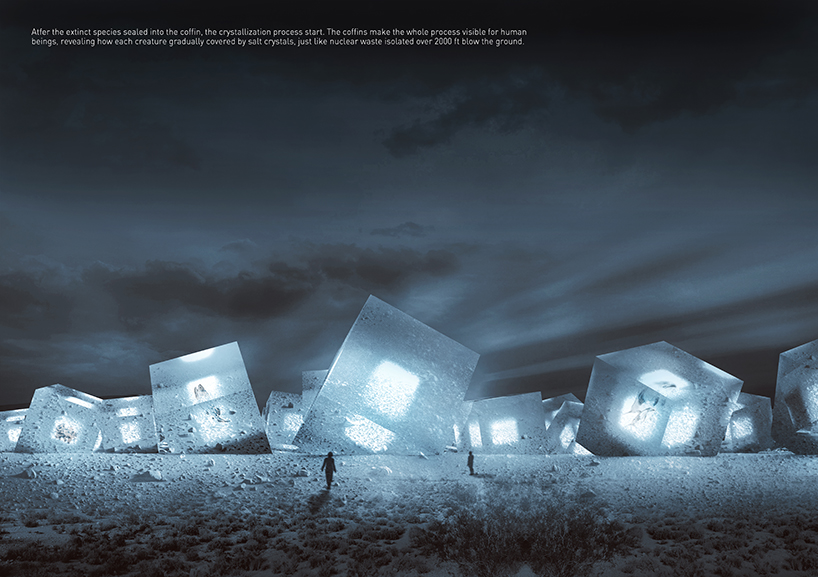 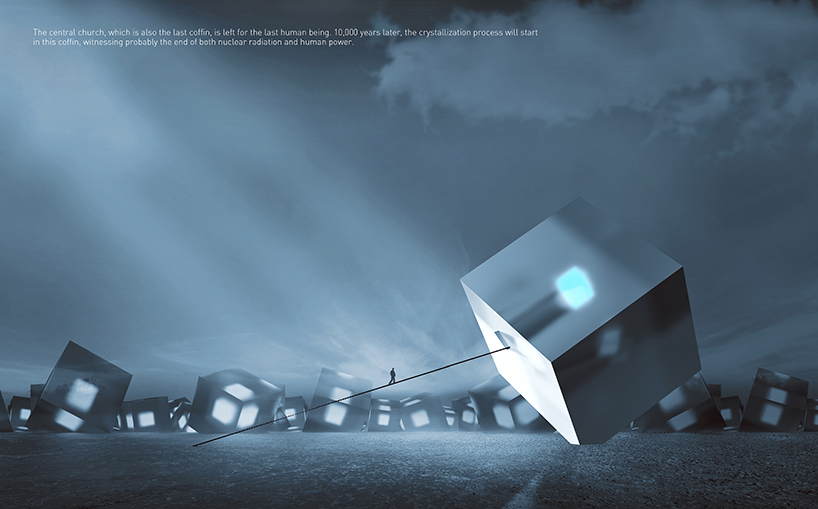 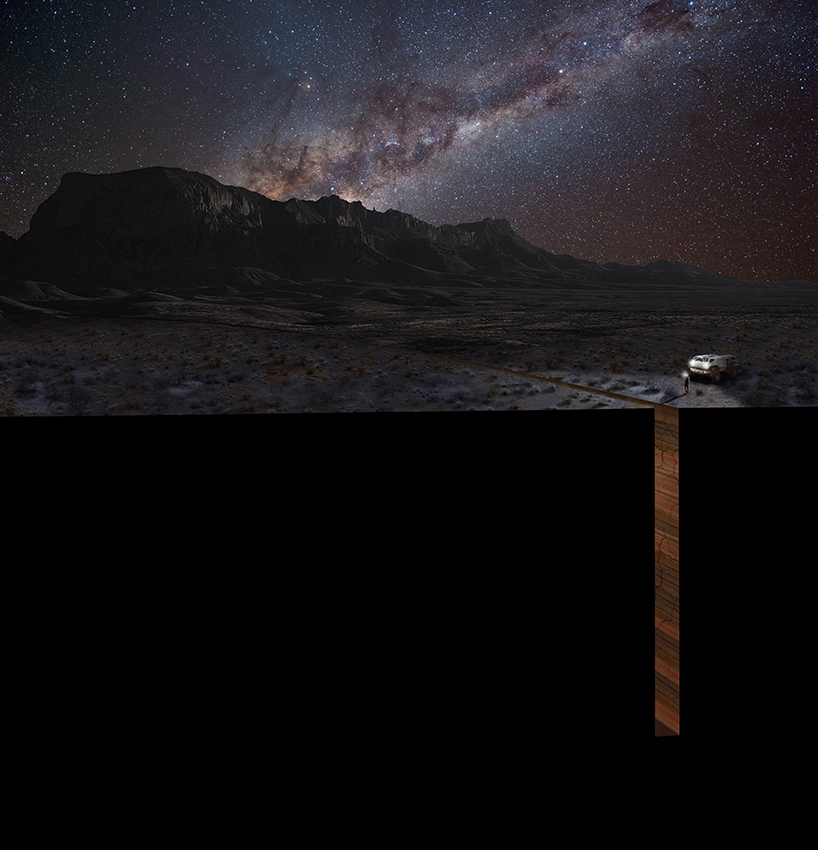 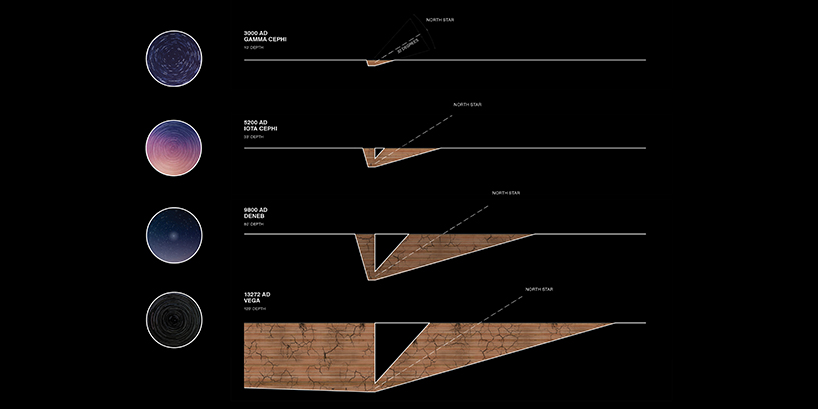 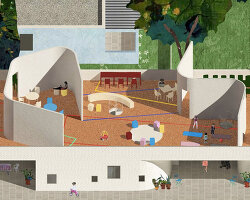 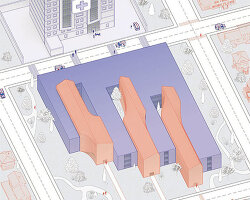 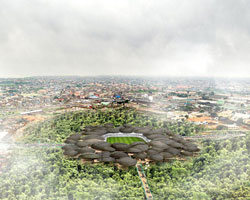