in the city of gisors, france, the architects at archi5 have united two secondary schools together in a project which sees the re-establishment of the connection between two separate campuses. the louis michel and louis aragon high schools are situated in a location with a rich historical background, the existing campuses have been extended and a new cafeteria, student housing and sports hall have been added.

despite the two schools being adjacent to one another, there is a fair amount of distance between them. post-construction, the architects have strategically put in place a clearer design, enabling the connecting routes from both campuses to be more accessible and safer for the students. a focus of the new campus is the bridge building, the form of the structures- shaped like a typical house and internally, the spaces serve as student residences and study rooms. furthermore, with the long ramped walkways, it acts as a link that joins the two schools together- forming a path between the playgrounds of louise michel school and louis aragon thus, unifying the two institutions. 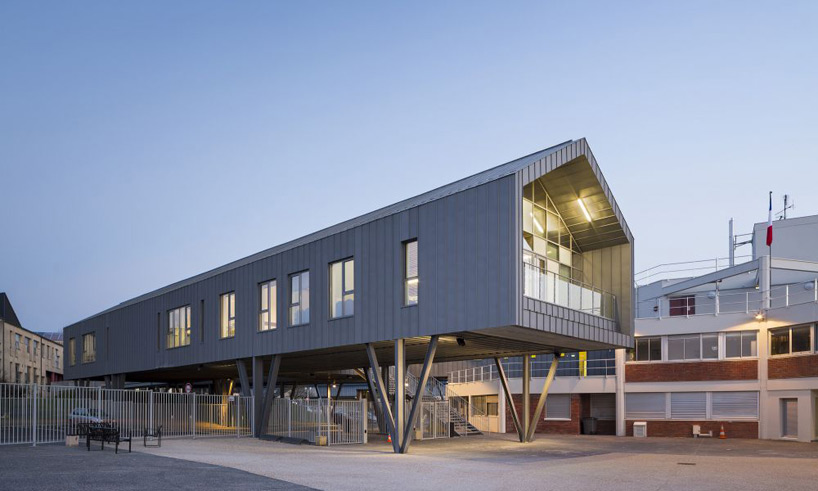 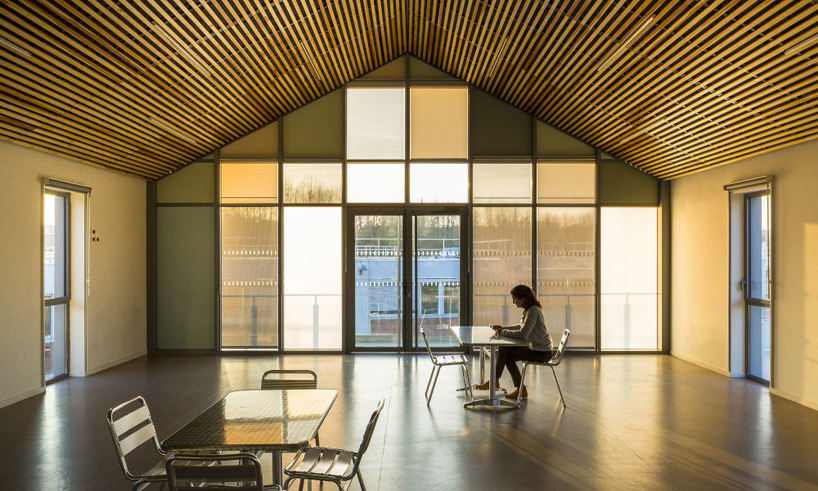 a room in the bridge building
image © sergio grazia 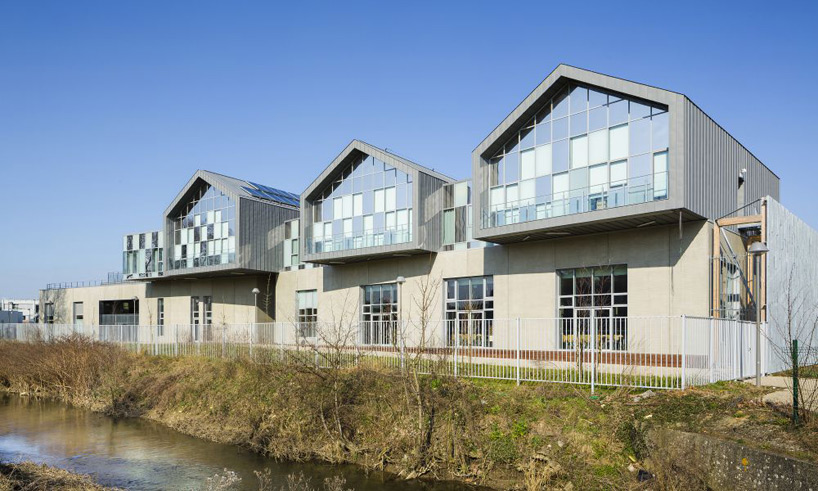 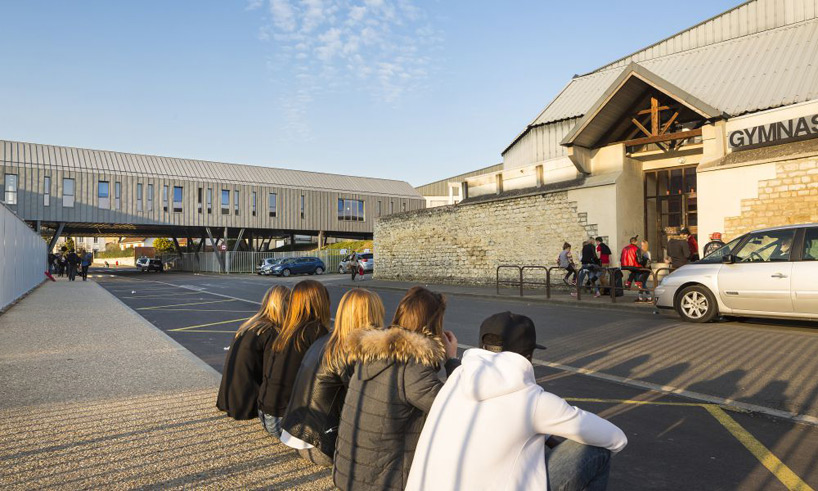 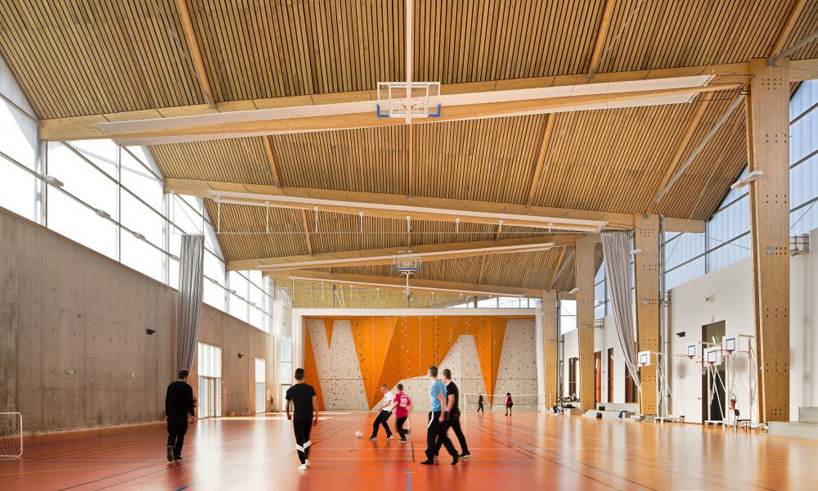 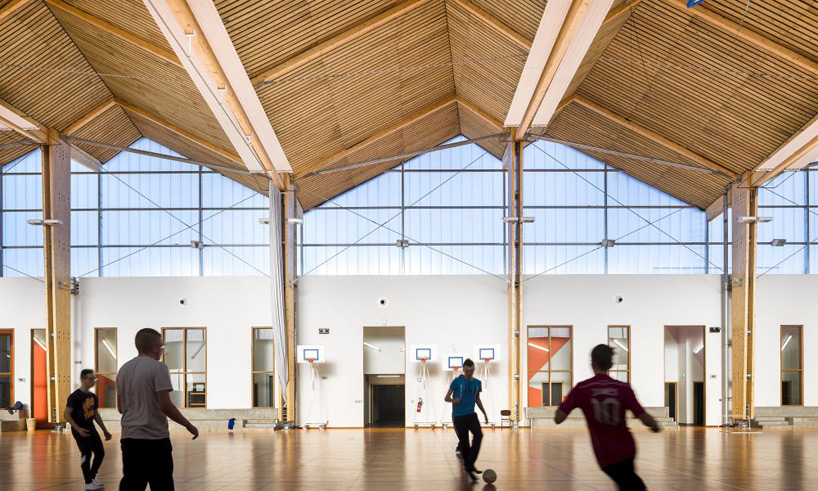 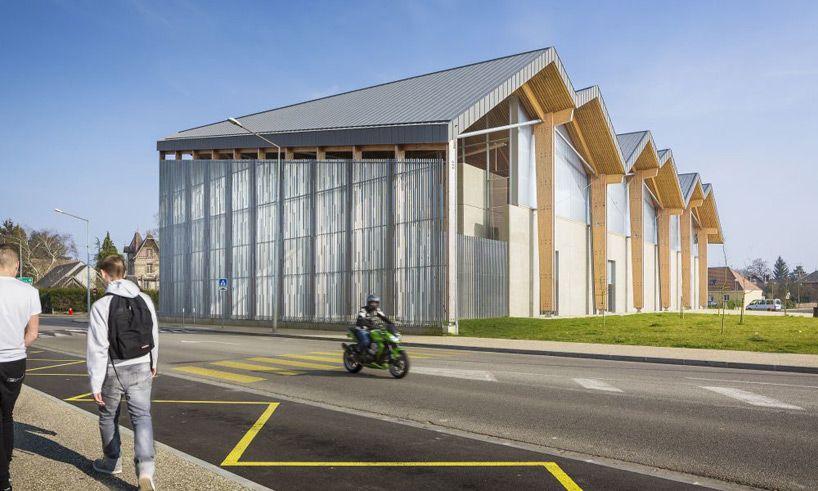 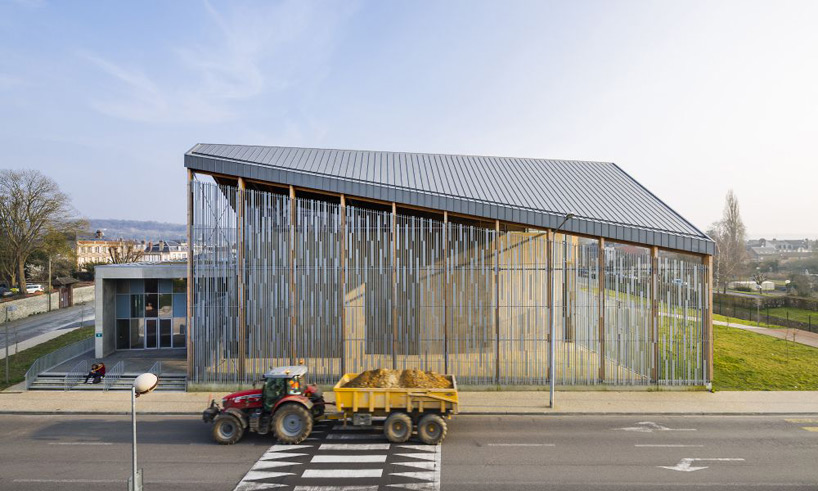 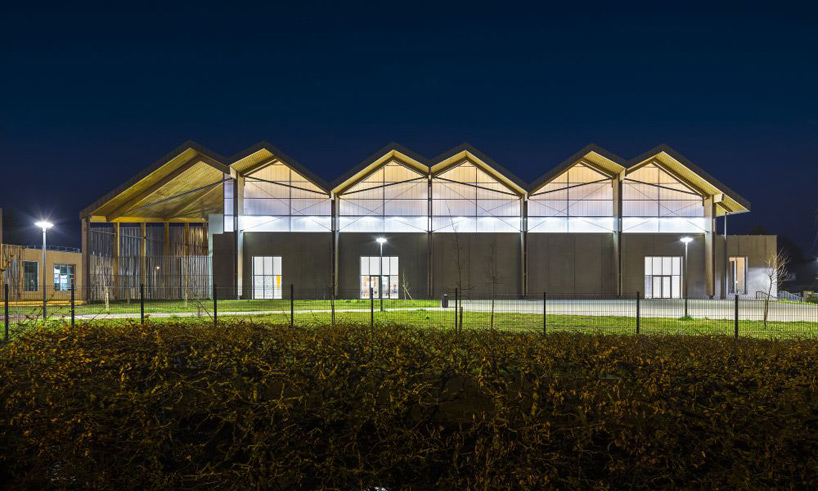 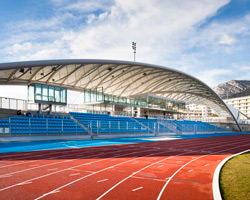 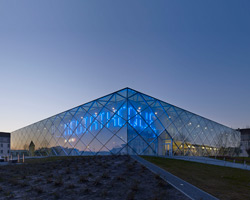 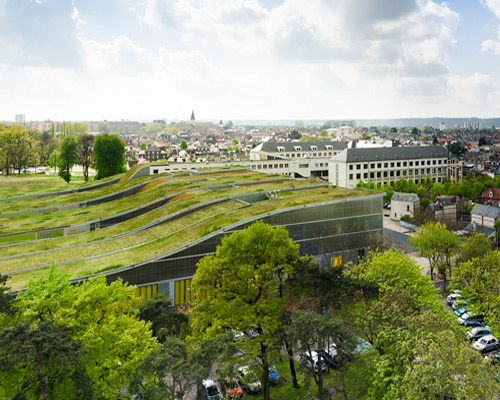 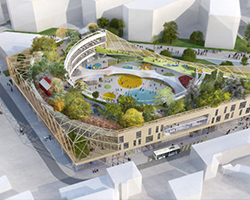 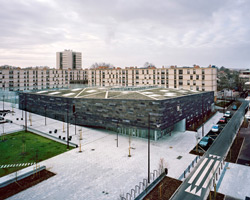