adopting a sculptural approach to massing, the ‘haokang complex’ by chinese studio archiplein features a row of carved-out, irregular towers. located in kunshan, china, the project includes offices and a hotel – and planned over several phases, the resulting forms were split into three separate entities. wanting to deviate away from the all-glass architecture that typically dominates most office buildings, the heavy forms manage to evoke a sense of movement and lightness through their off-set façades. strongly expressing the structure, the massive, heavy and rough exterior features wide openings, demanding a more physical presence that contradictorily creates a type of dancing motion.

‘they dance, they move, leaving light to play a game of reflections and shadows’ says archiplein. 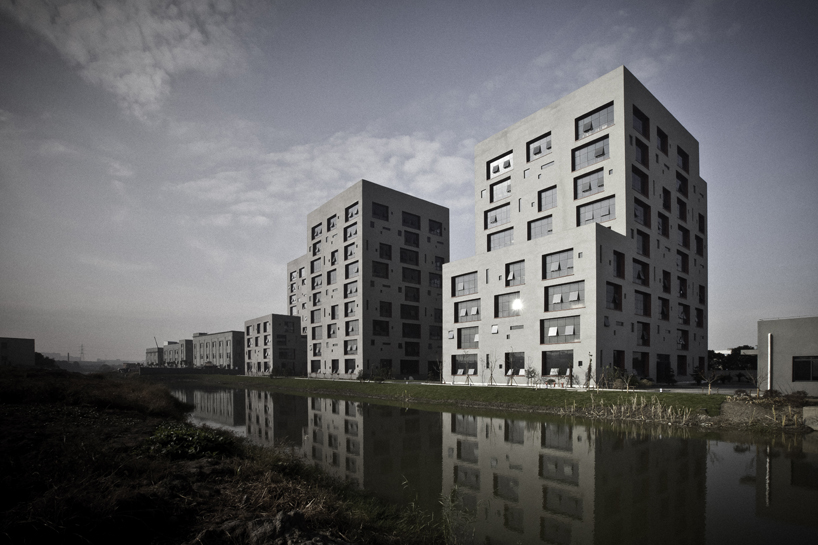 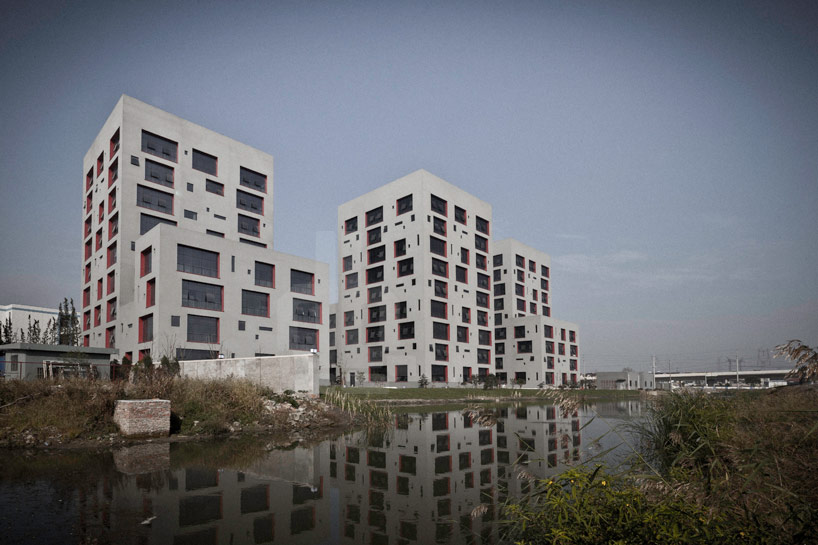 the functions were split into three separate entities, creating a row of carved-out, irregular towers 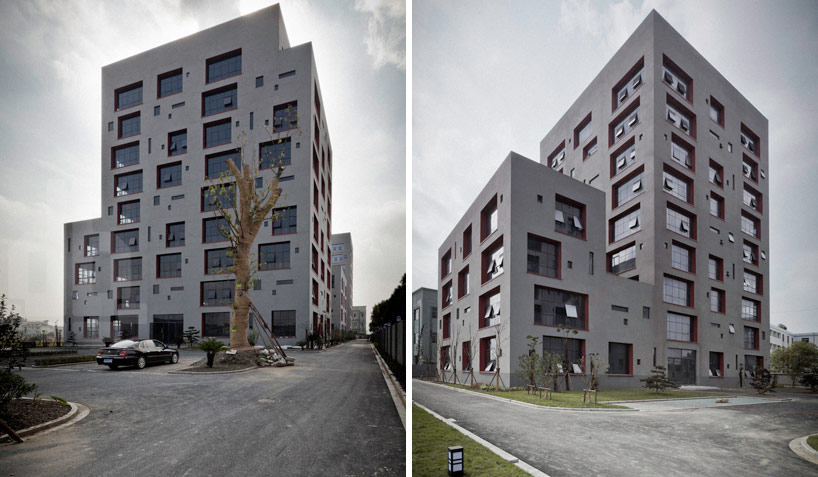 the first tower and the entrance 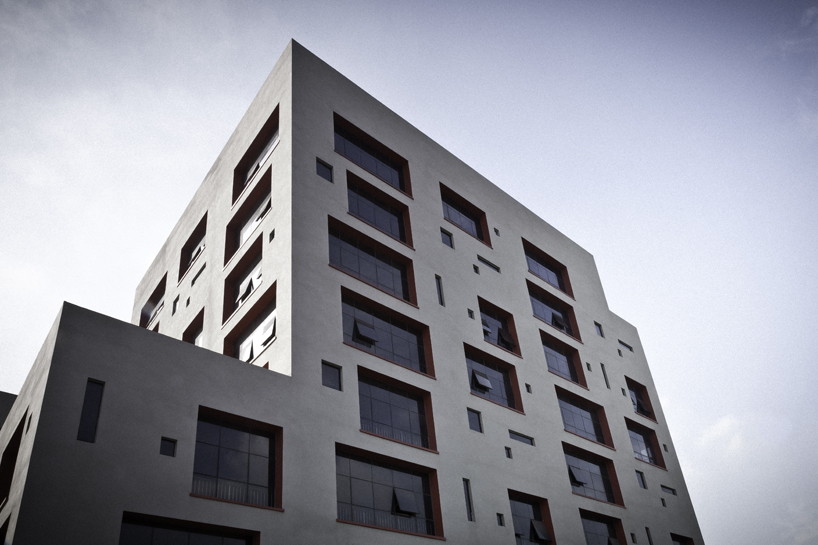 the project includes space for offices and a hotel 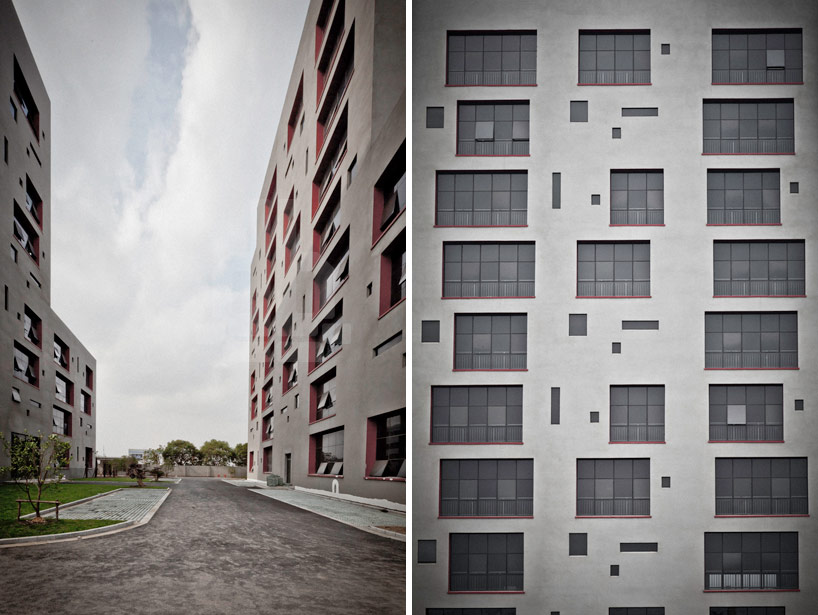 (left)  in between two of the towers
(right) the patterned façade 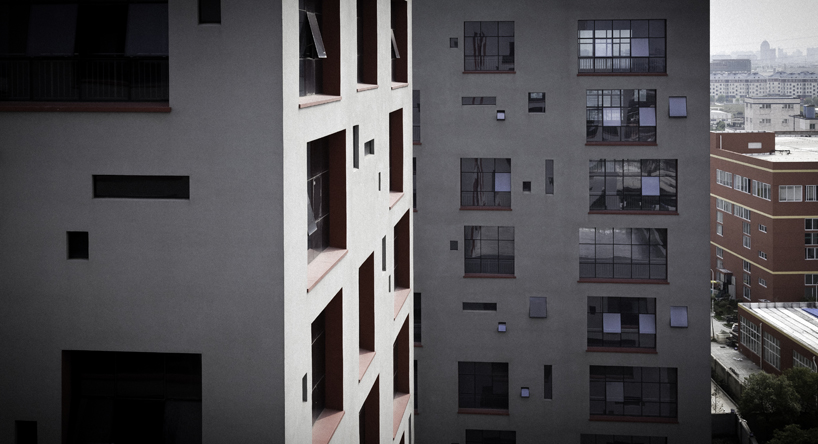 shadows and light reflections fall on the structures 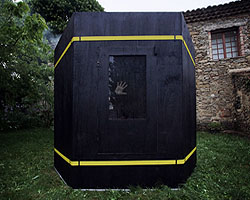 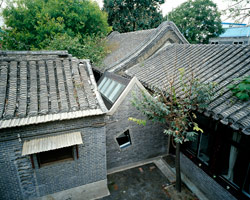 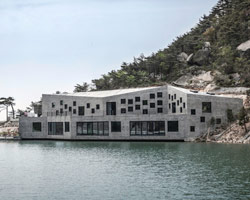 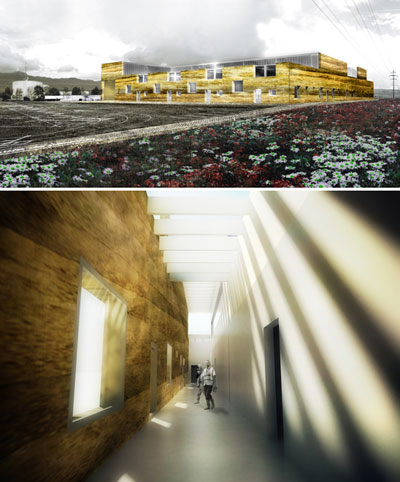 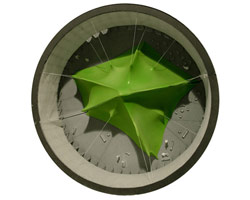