architecture firm archisbang associati has completed the restoration and refurbishment of a residential building from the 60s located within ivrea municipality, in italy. the project involves a series of energy efficiency upgrades, along with the structural renovation and total restyling of the pre-existing premises, that have been divided into three independent apartments. 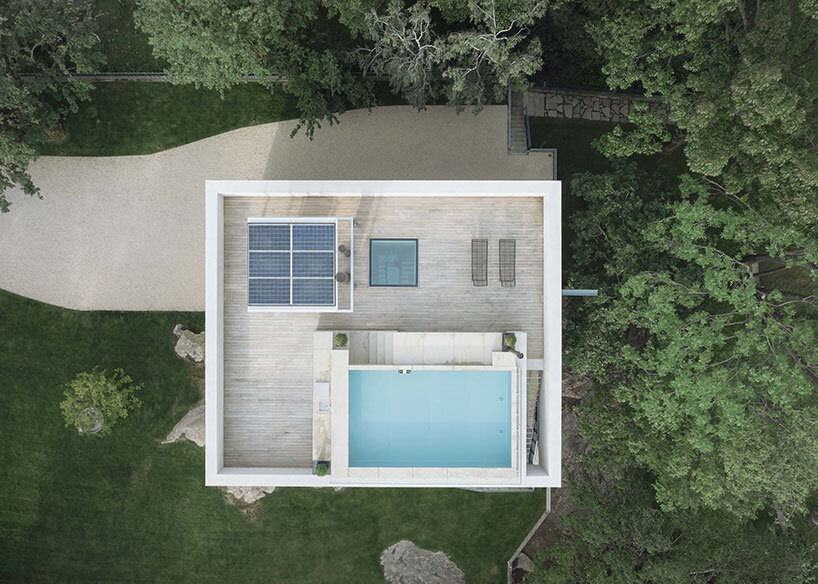 all images by aldo amoretti

the project by archisbang associati acknowledges the impressive volume of the original structure and highlights it by removing its overhangs, and simplifying its geometry. in addition, the new design allocates solids and voids in a new manner, and transforms the roof into a private area where occupants can enjoy a high view over the alpes and the serra moraine of ivrea. 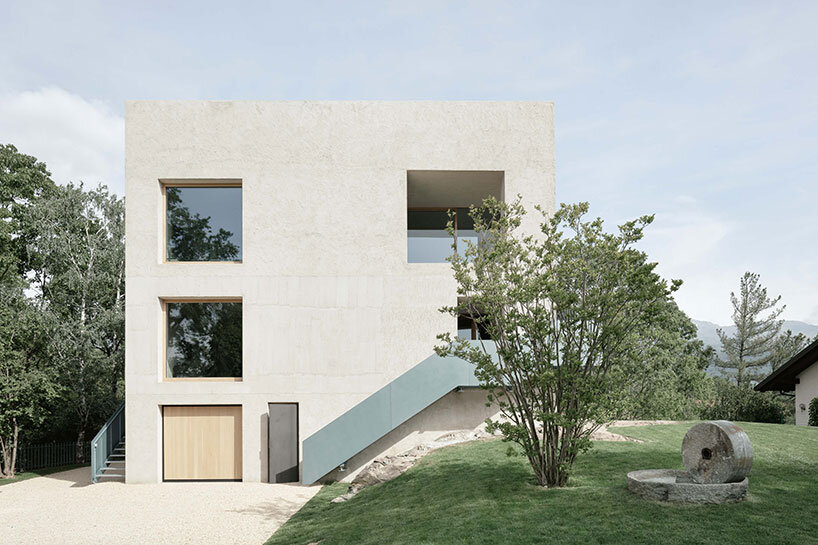 the energy efficiency upgrades carried out by the archisbang team include the installation of an external insulation system, covered by lightweight cement boards, roughly plastered with natural lime mortar. the resulting fortress-like appearance of the residence creates a distinct contrast with its large transparent ‘holes’. 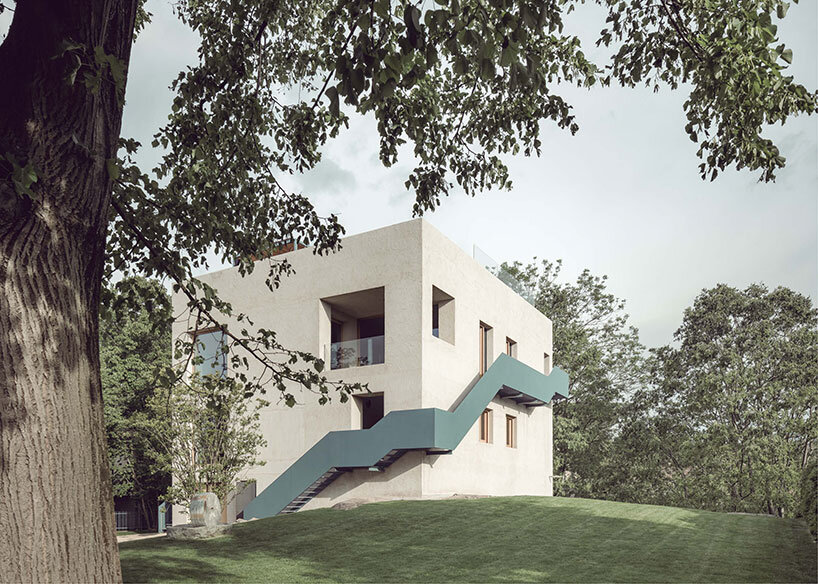 the close relationship between building and ground is emphasized by a large rock, on which the building is sited, while a play of voids and double heights on the southern side renders the rock visible from all floors. the rigid atmosphere, created by the robust structure, the rock materiality and the straight lines of the design, is softened by custom made furnishing, wooden doors and windows, offering unobstructed views of the green forest. 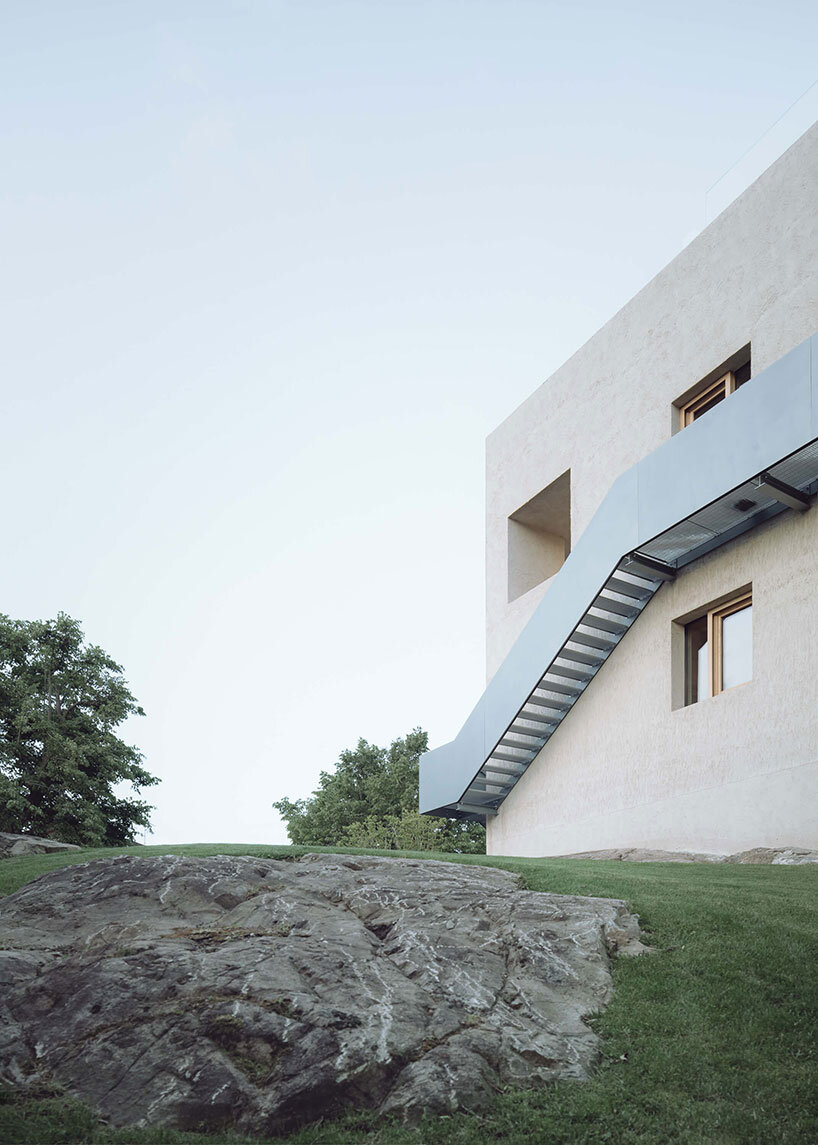 the building can be divided into three units: three apartments which are reflected on the exterior, with the use of three different finishes on the façade. all the apartments can be connected through the elevator and the interior stairwell, whereas the external metal staircase makes the apartments and the rooftop independently accessible. 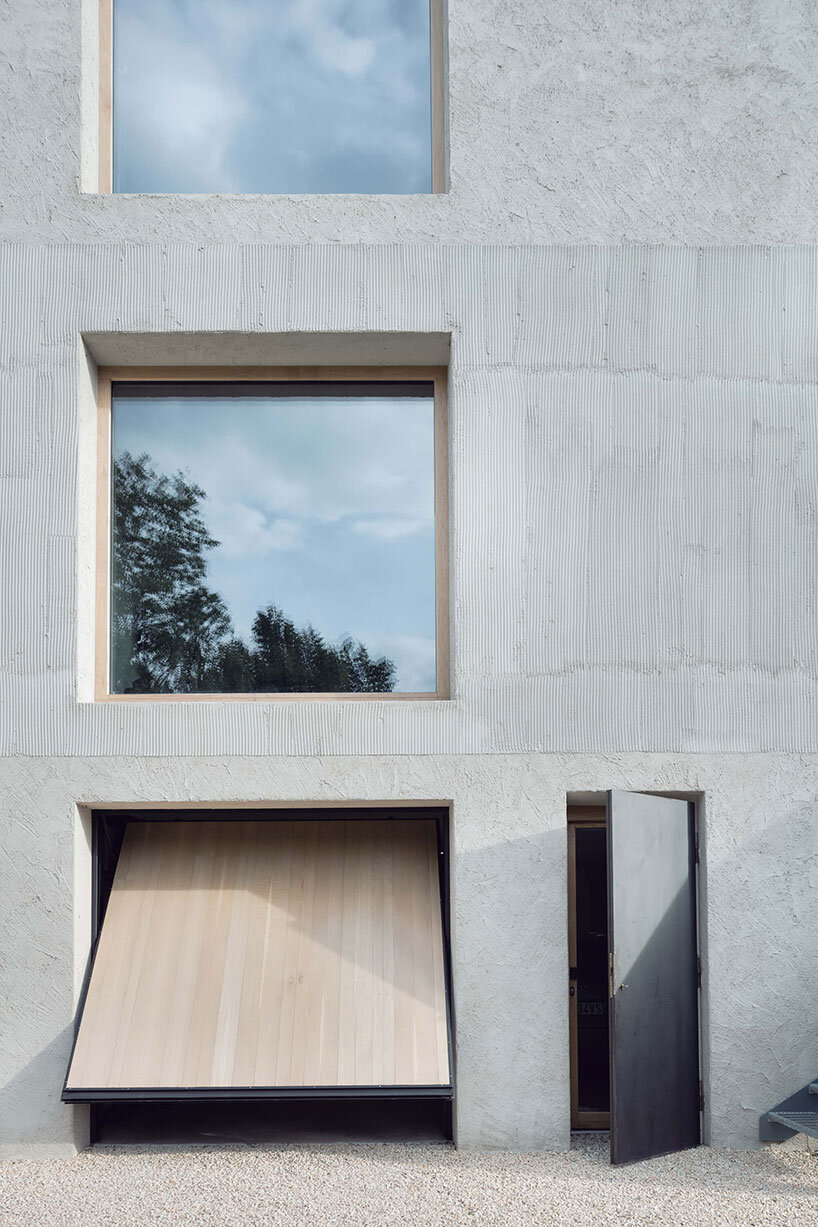 on the first floor, two small-sized apartments share a living space, which is possible to reconfigure if needed, thanks to a 180-degree rotating wooden panel. the main apartment is located on the top floor, and is connected to the private rooftop. the walls of the master bedroom are made of raw, reinforced concrete, acting as the main support of not only the existing structure, but also the swimming pool placed on its top. 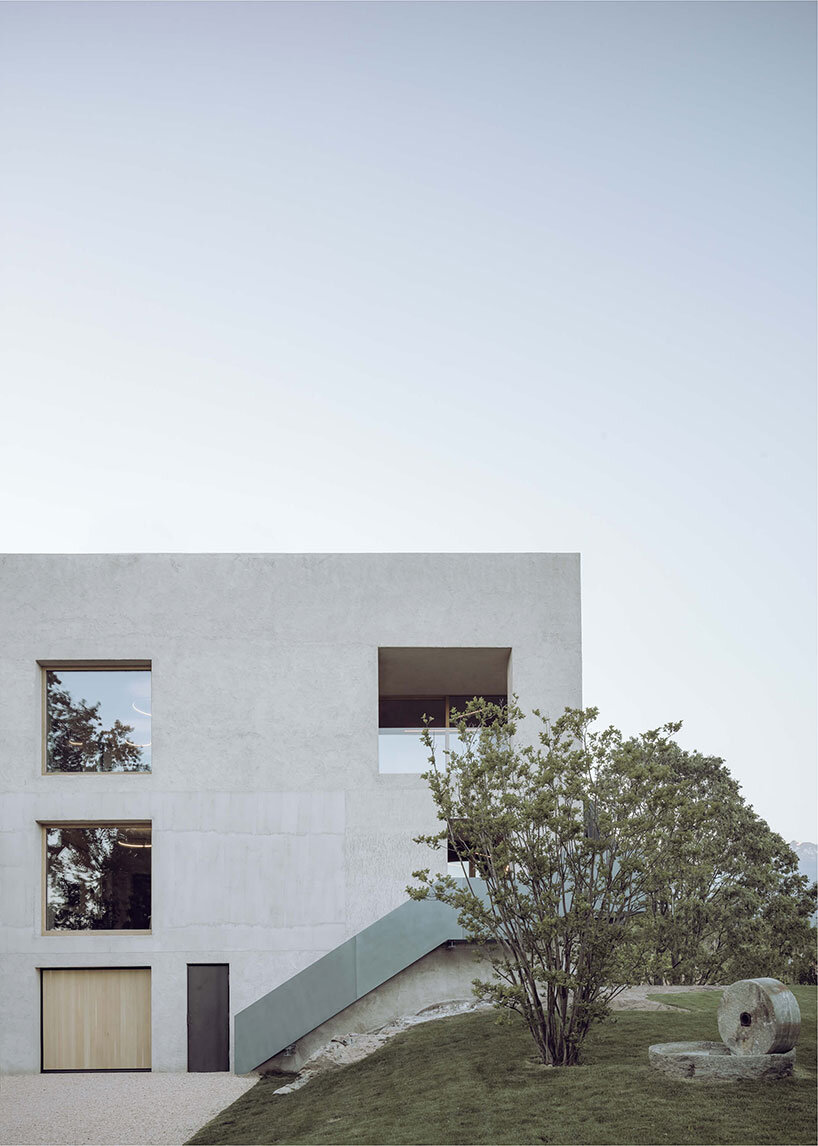 the walls of the fluid interior spaces are roughly plastered in continuity with the exterior and the floors are in polished concrete punctuated with sections of grinded concrete and parquet. the severe atmosphere created by straight lines is softened by custom-made furnishing, wooden doors and windows, as well as large views of the green forest and light cuts intercepting the different levels of the building. 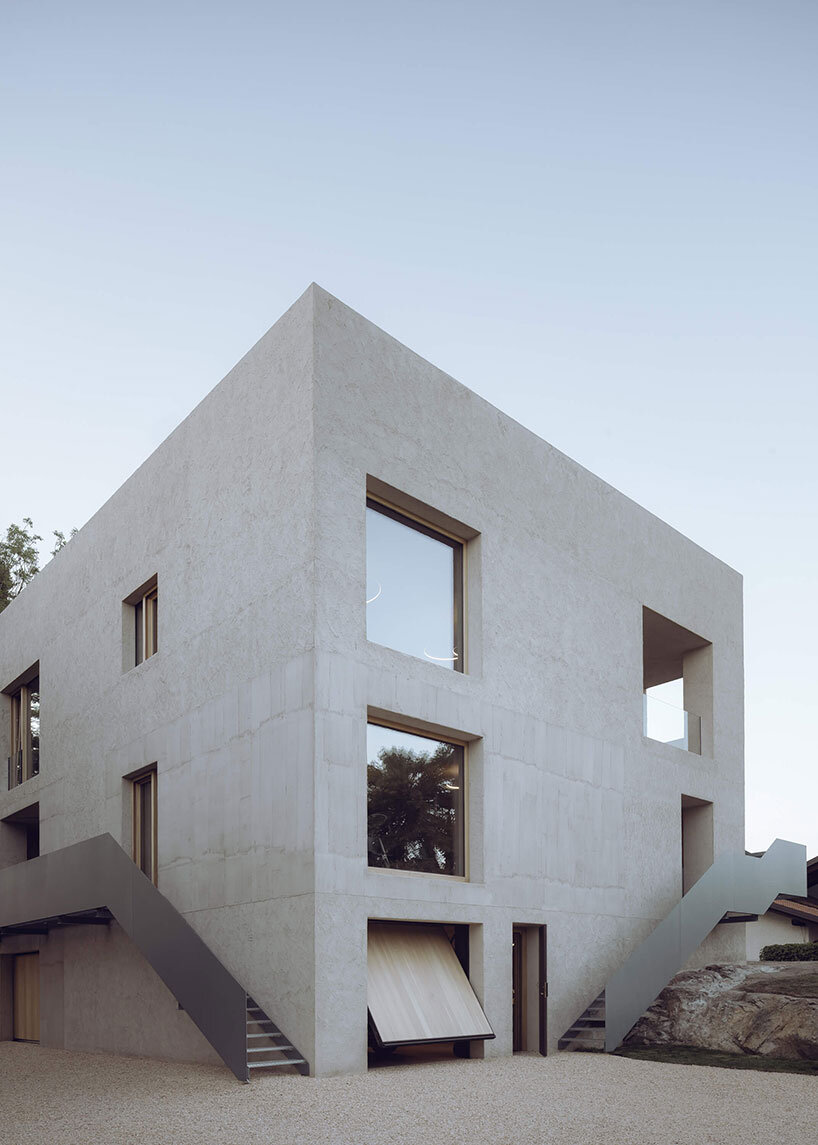 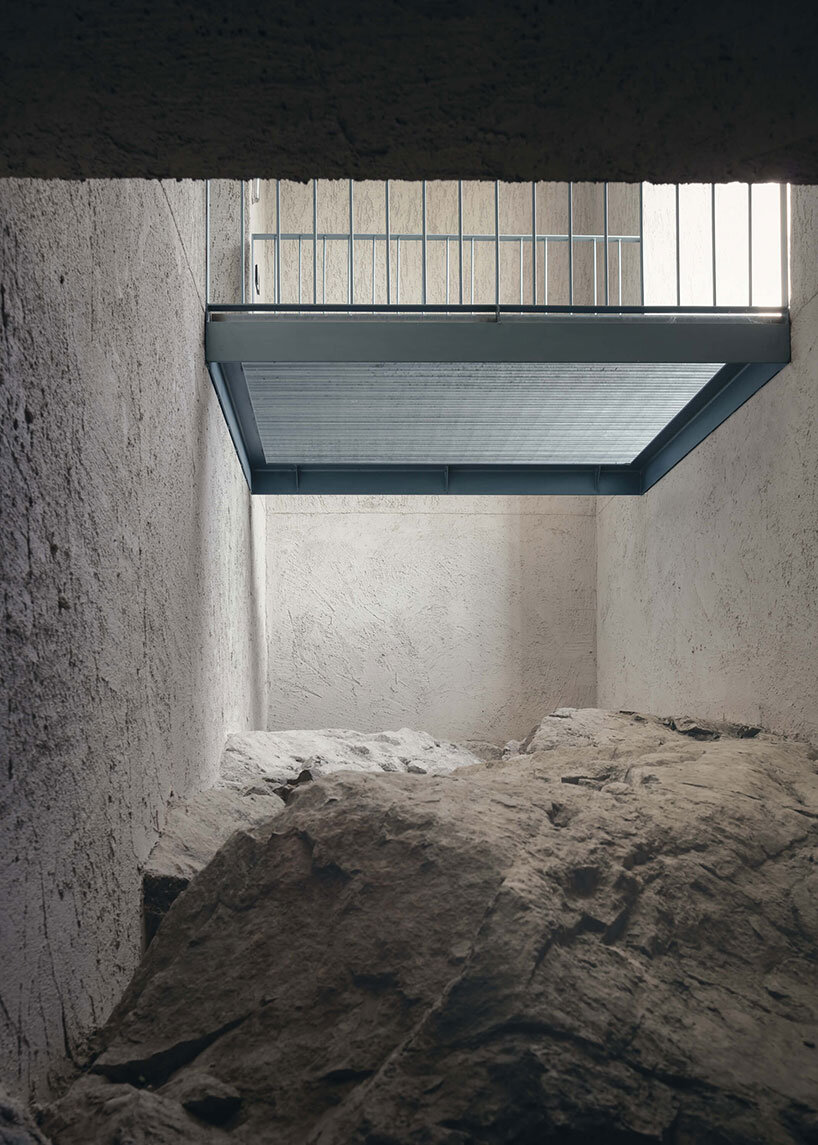 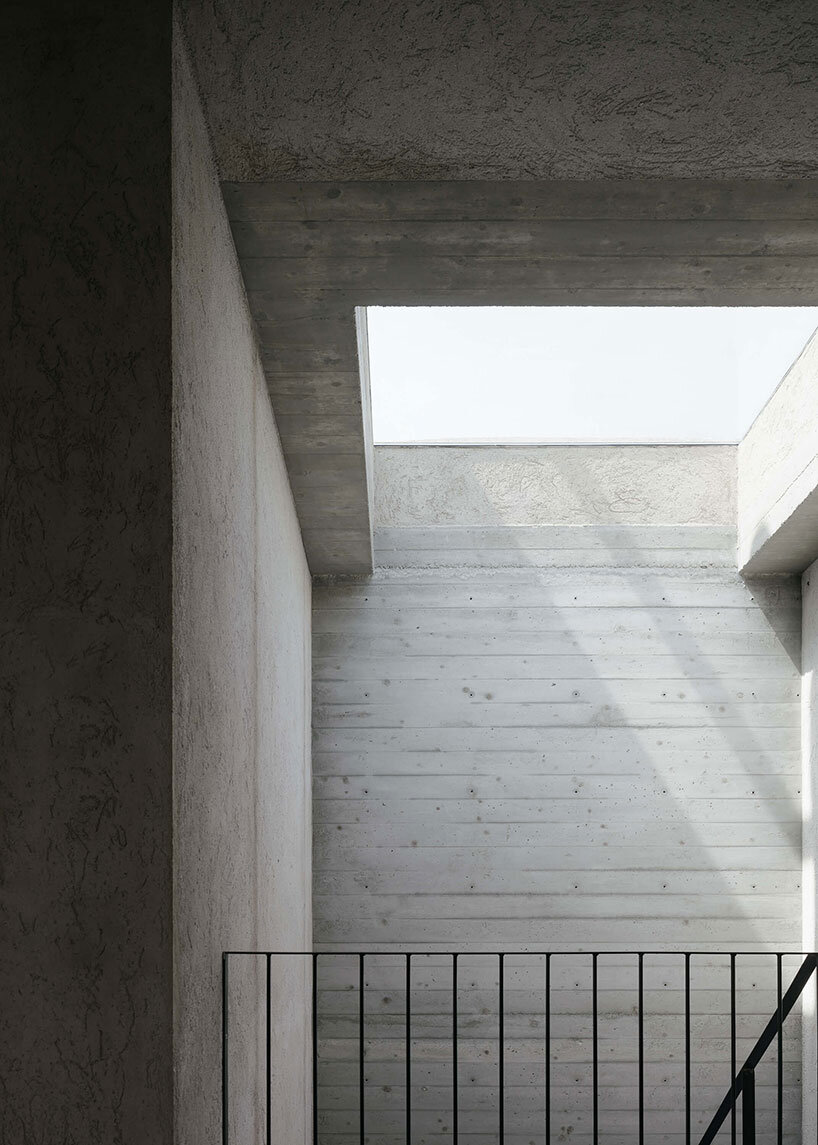 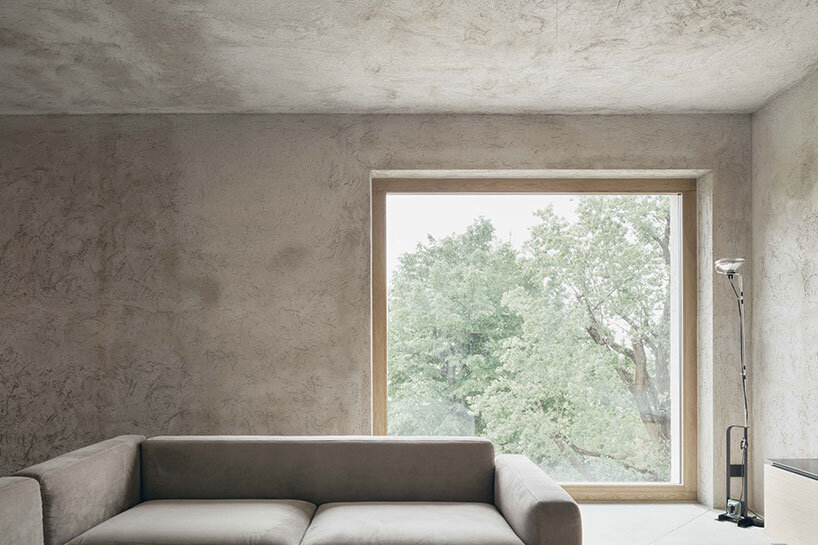 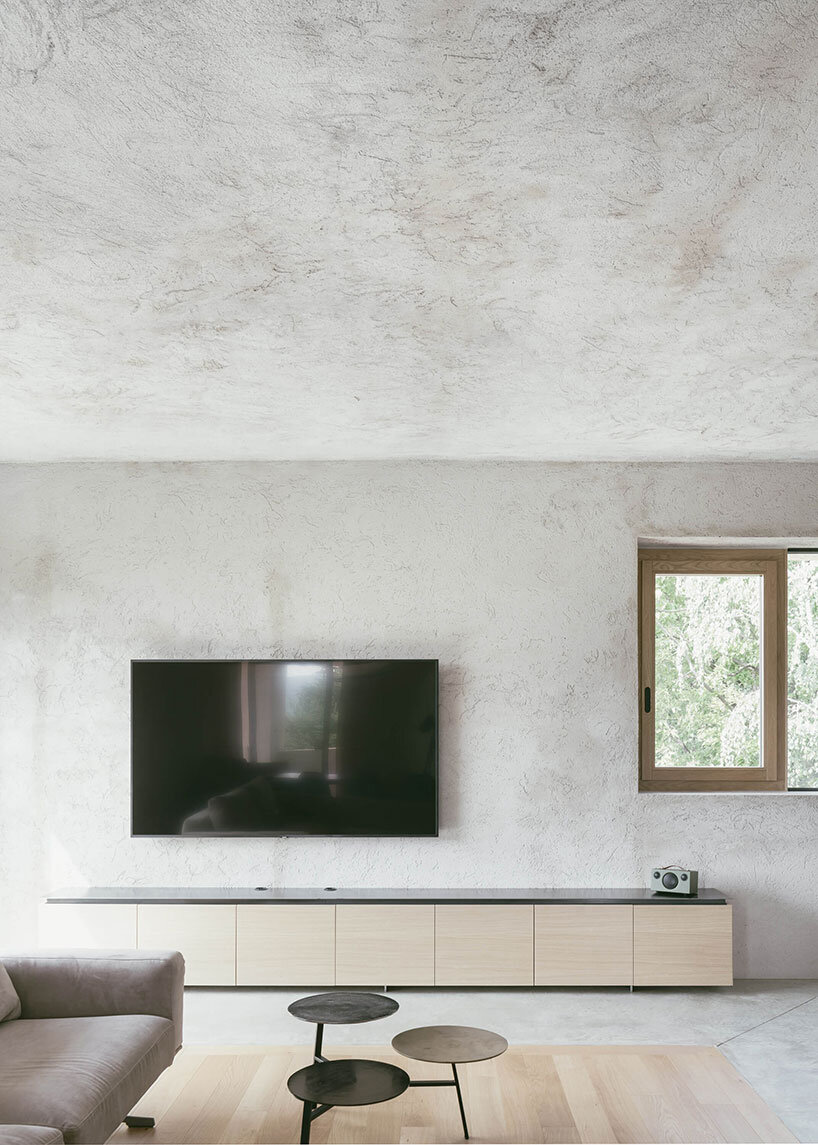 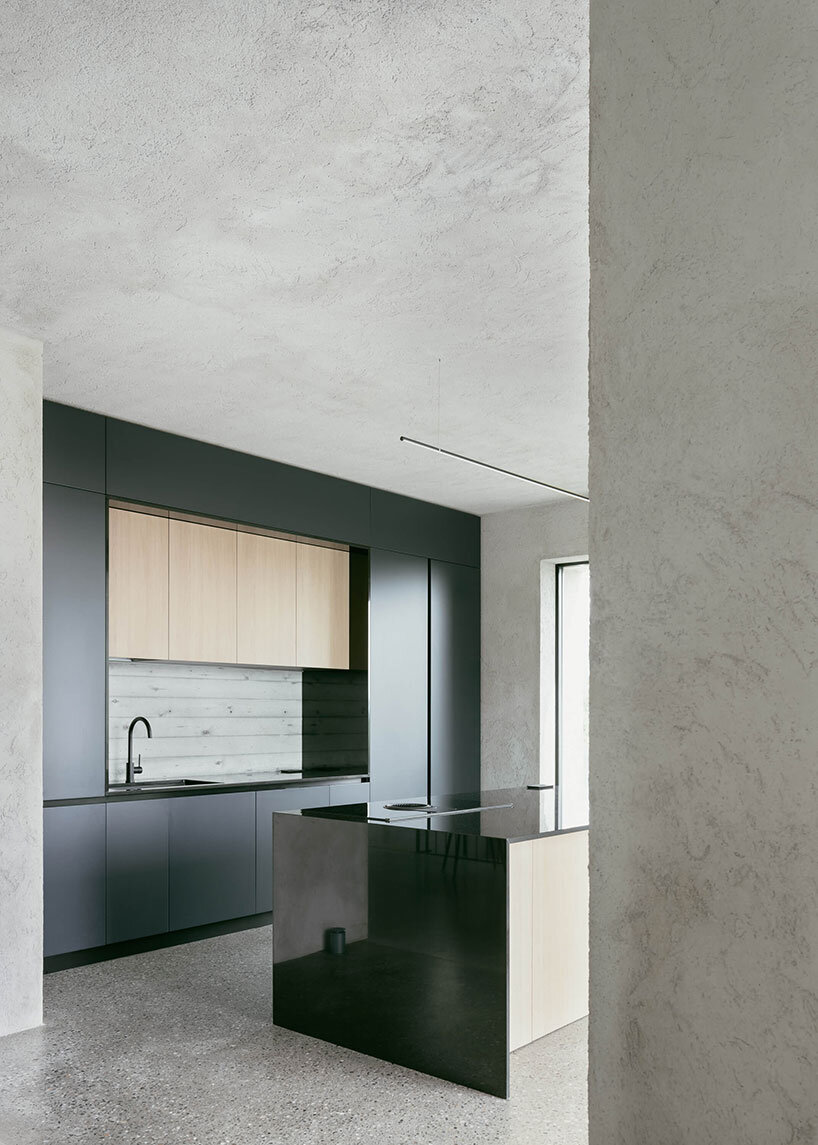 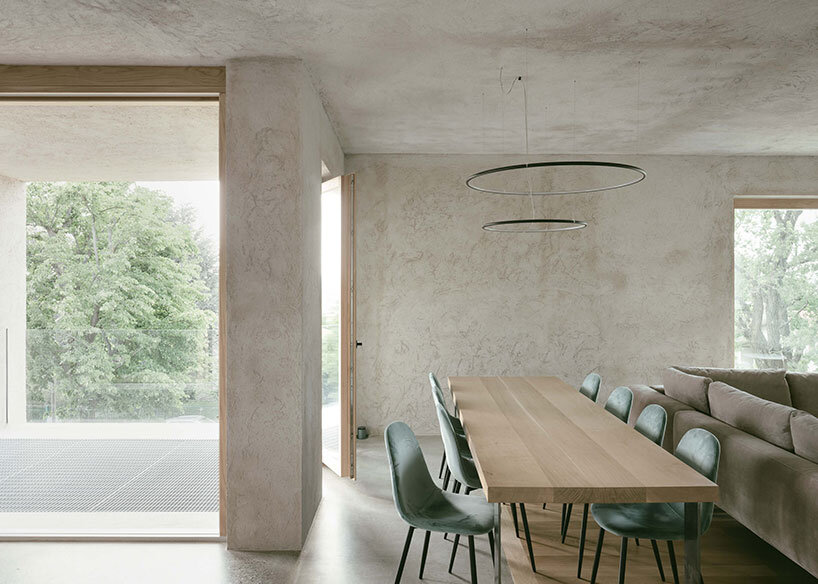