professor zhou qi of southeast university school of architecture won the design competition for the ‘people’s daily new headquarters’ building in beijing. the form began from a sphere, eventually pulled and molded to create three extremities with a concave curtain wall spanning the distance between. the 100,000 square-meter construct consists of a concrete frame system with large cross beams, and is one of china’s 150 super-tall buildings. the project is currently under construction and is projected to be completed in 2014. 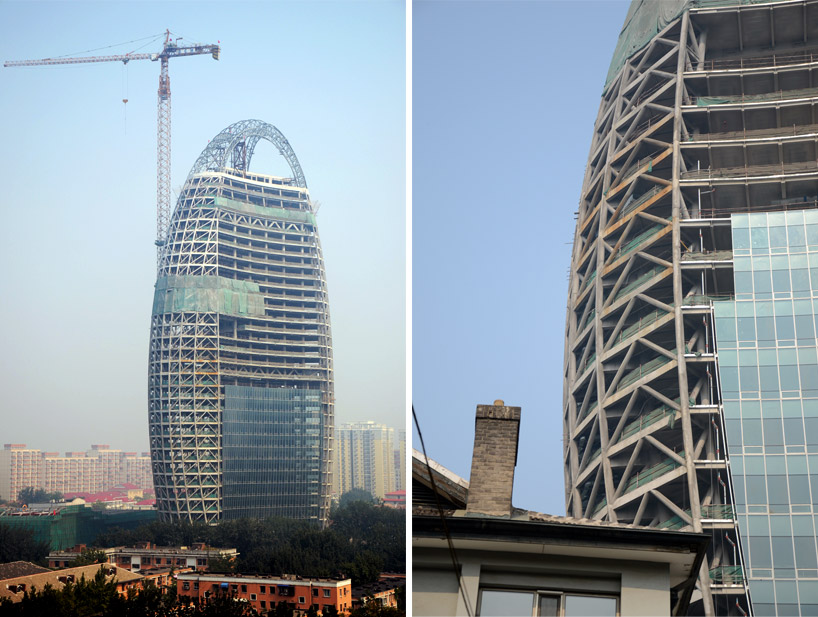 glass facade is currently being put on image © designboom 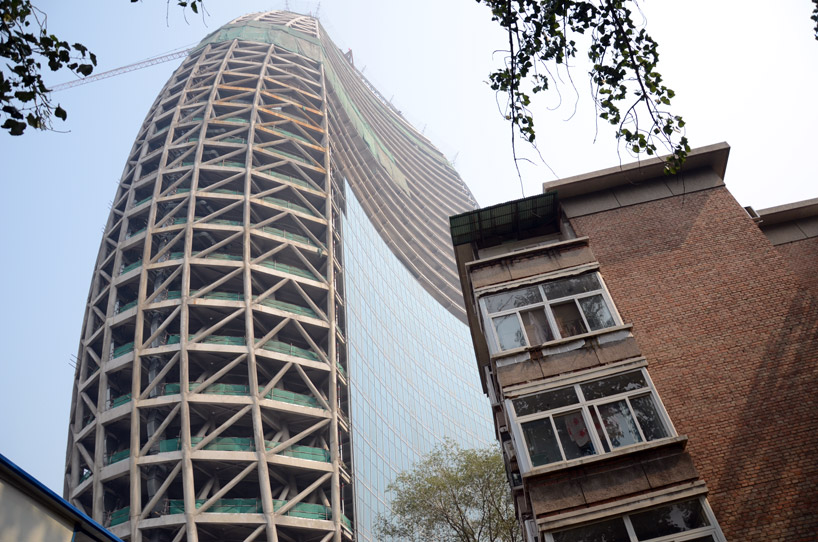 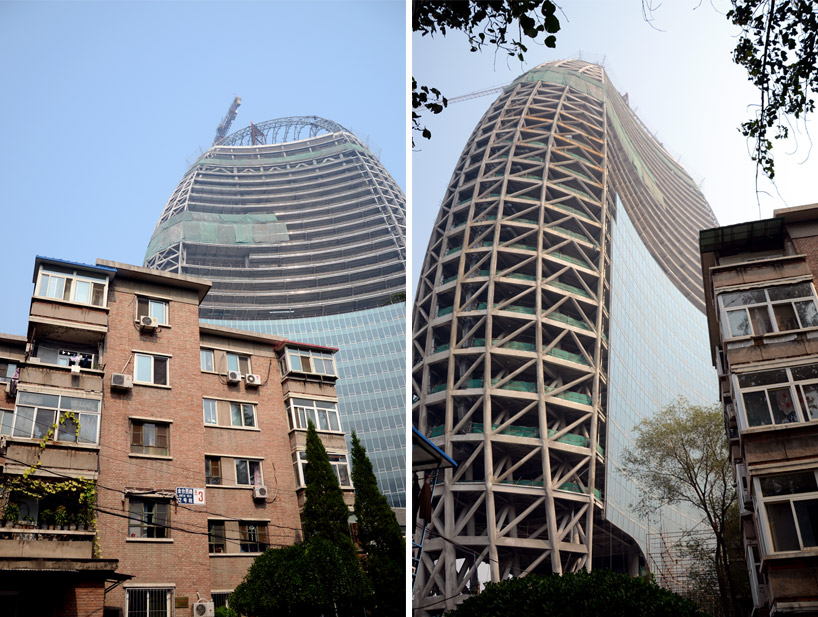 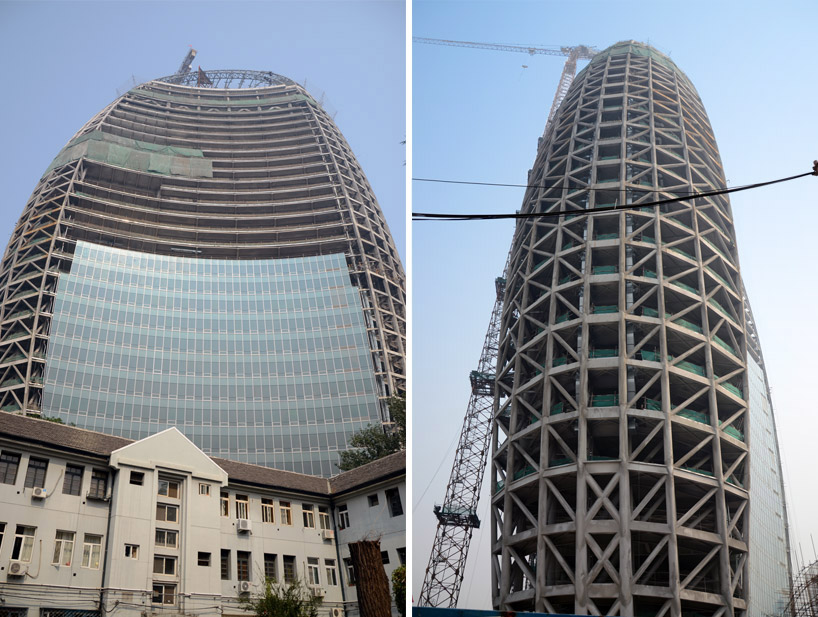 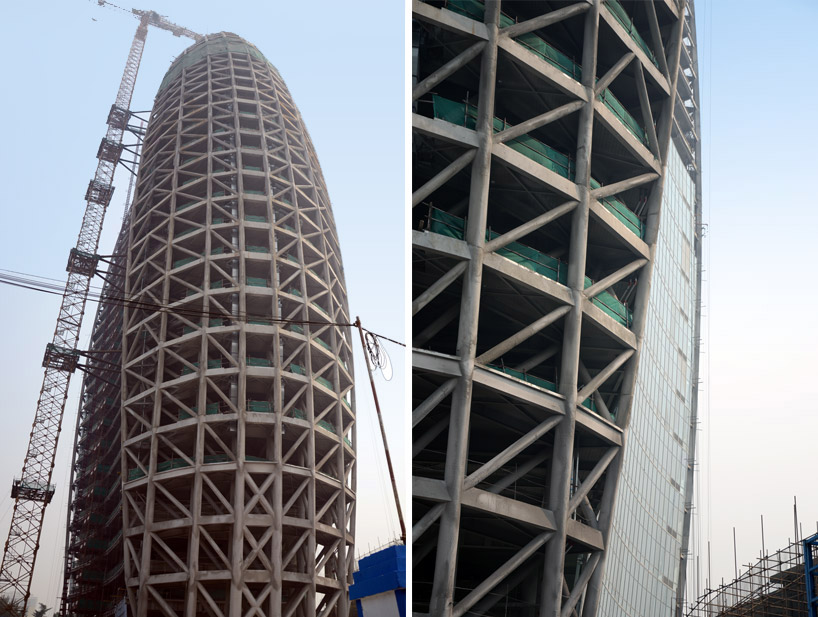 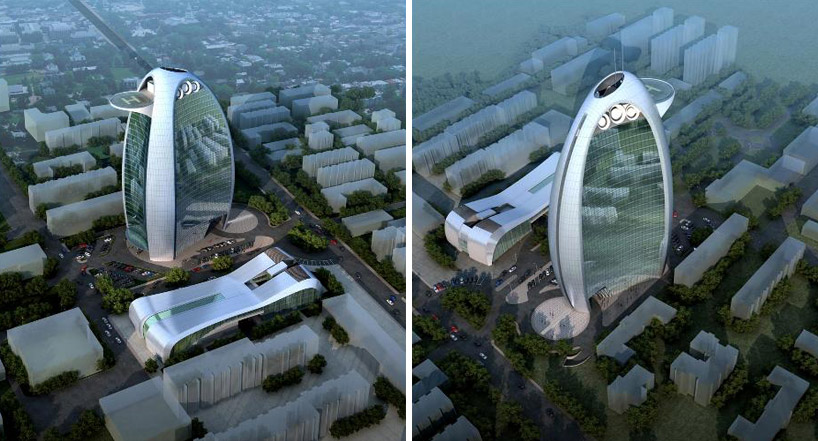