‘ARCHITECTS AT PLAY’ COMES TO LISBON

garagem sul at centro cultural de belém in lisbon has opened a portuguese iteration of ‘architects at play’, an exhibition which was first shown at CIVA in brussels. this expanded version includes new works and will run through january 30, 2022.

architects at play delves into play and the imagination, built experiments, and mythological narratives. the exhibition is essentially centered on the idea of ‘creating worlds.’ it attempts to bring together two characters: the architect and the child. 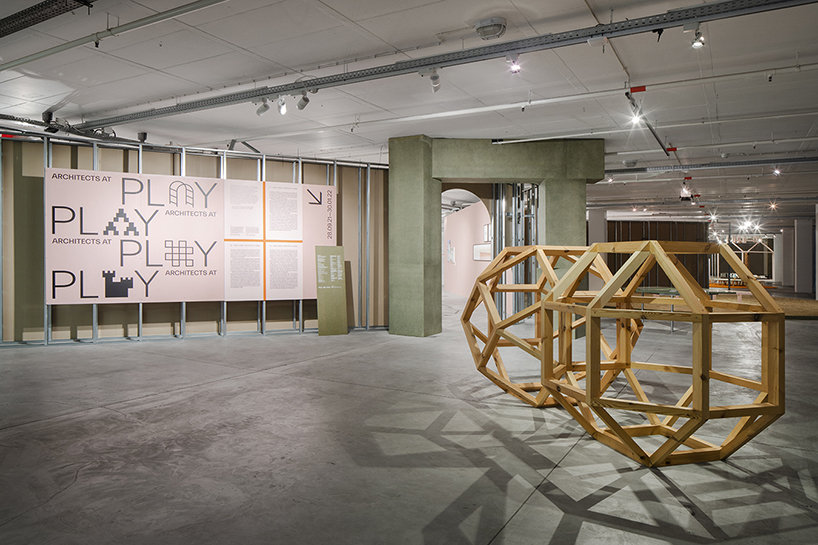 children’s games have always been a breeding ground for the invention of ‘worlds’. likewise, architects also imagine new ‘worlds’. these worlds and the mechanisms of invention they rely upon constitute the core of the exhibition, which touches on themes as varied as childhood and education, urban planning, public space, history, architecture, art, and creativity.

the exhibition asserts that each one of us is a playful architect. from the solitary hut to the cosmopolitan ark, we build worlds we inhabit or co-inhabit. the world of play is located in the mysterious interval that connects our subjectivities to external reality. it sometimes happens that architectures crystallize in this ephemeral space, for a while becoming the stage of our lives, the horizon of our habits. this power of imagination is at the heart of the curatorial system in which childhood playgrounds and those of architects, artists, and designers meet. 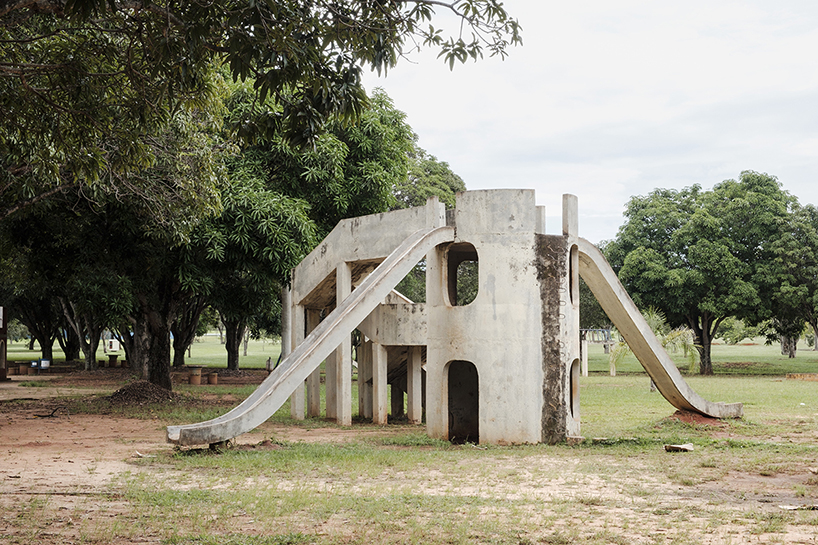 visitors to the architects at play exhibition will journey through four playful worlds — labyrinths, symbolic toys,
construction games and strategy games —, showcasing the many ways of creating worlds. various works are also presented independently, without any particular contextualization, placing us in a situation of discovery and wonder. 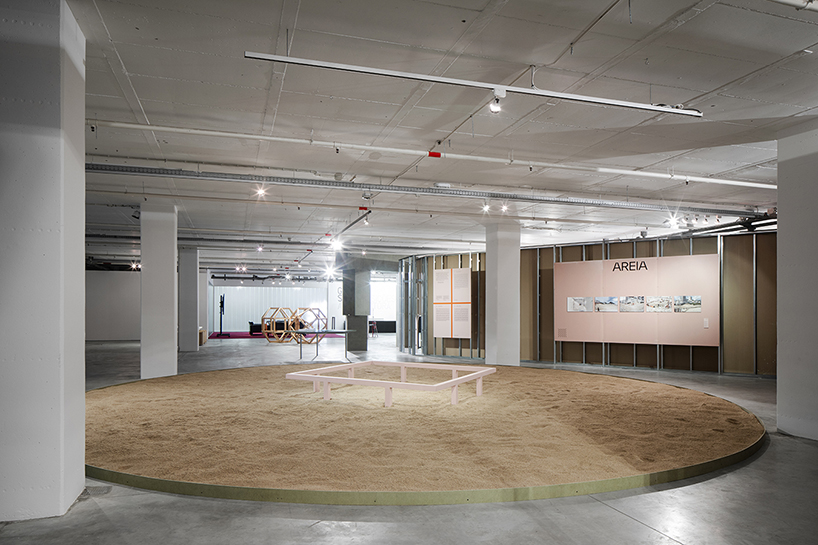 sand is one of the components of the exhibition: the large sandpit recalls the sandcastles that every child loves to make, an area of common ground that can be used to open up the imagination

the lisbon iteration of architets at play is organized by garagem sul/centro cultural de belém in collaboration with CIVA, brussels, and was curated by david malaud, and co-curated by andré tavares, ivo poças martins, nikolaus hirsch, and cédric libert.

an exhibition called ‘archaeological fragments of portuguese architecture (1986–2006)’ is also running in parallel at garagem sul. this exhibition brings together a group of models that, after having been exhibited in the past to represent works of architecture, were kept safe by the centro cultural de belém.

this situationist project from 1975 aimed to cover downtown porto with a sandscape and turn it into a permanent space for leisure and liveliness. © courtesy of mário ramos & fernando barroso 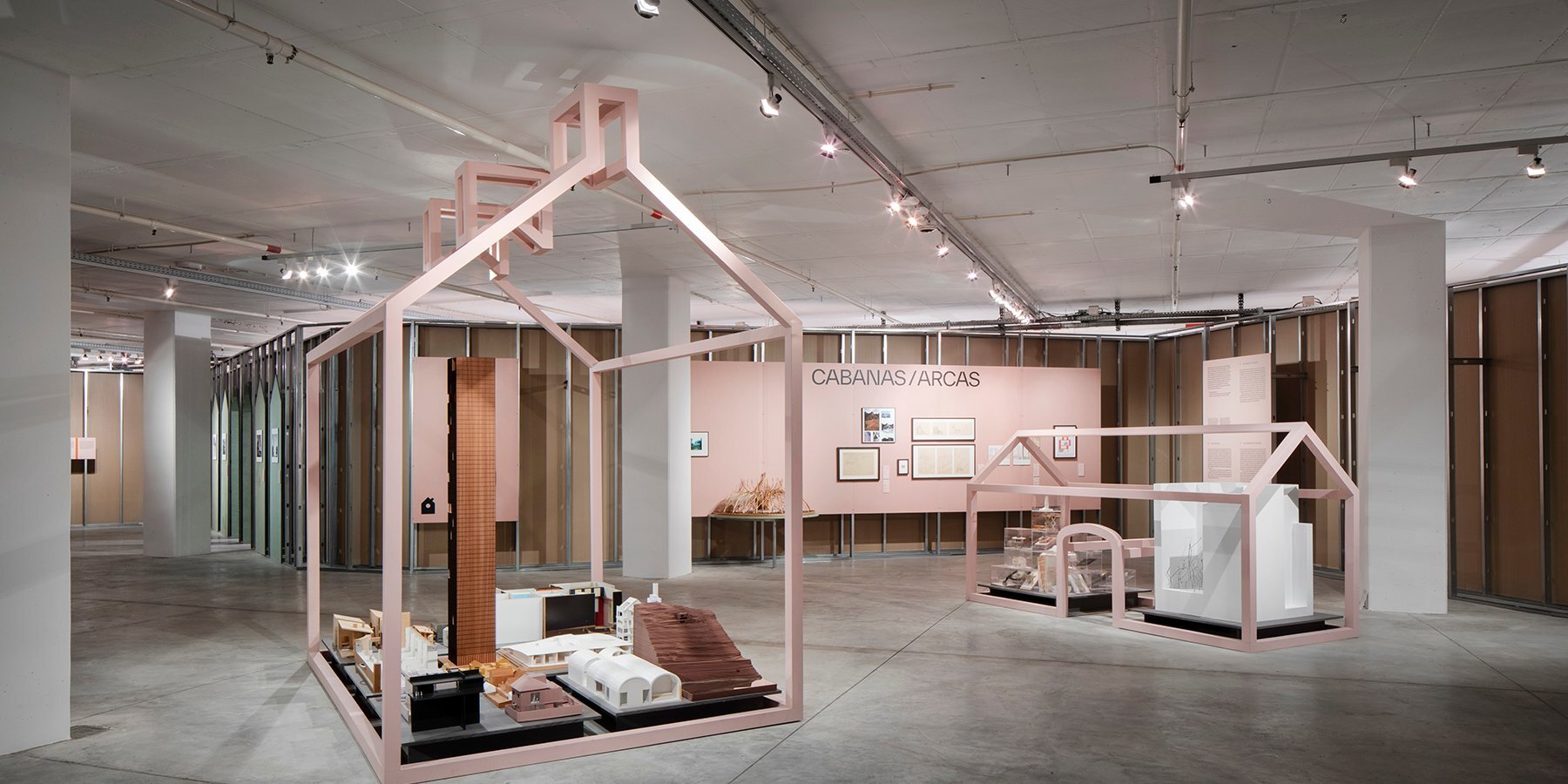 in a scenography outlined from philadelphia’s franklin court by venturi, scott brown & associates, models from different practices are collected inside a ‘noah‘s arch’ of architecture 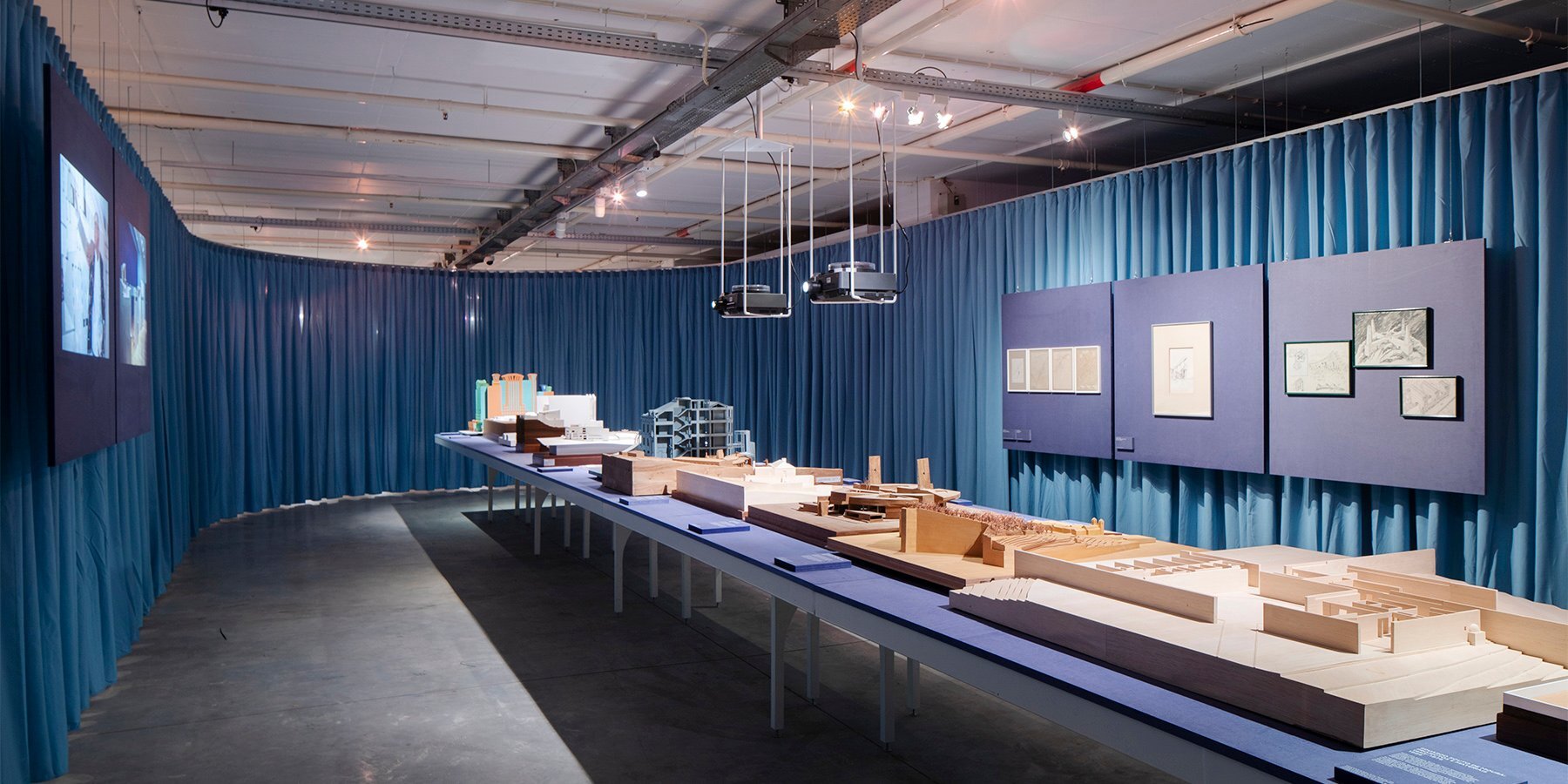 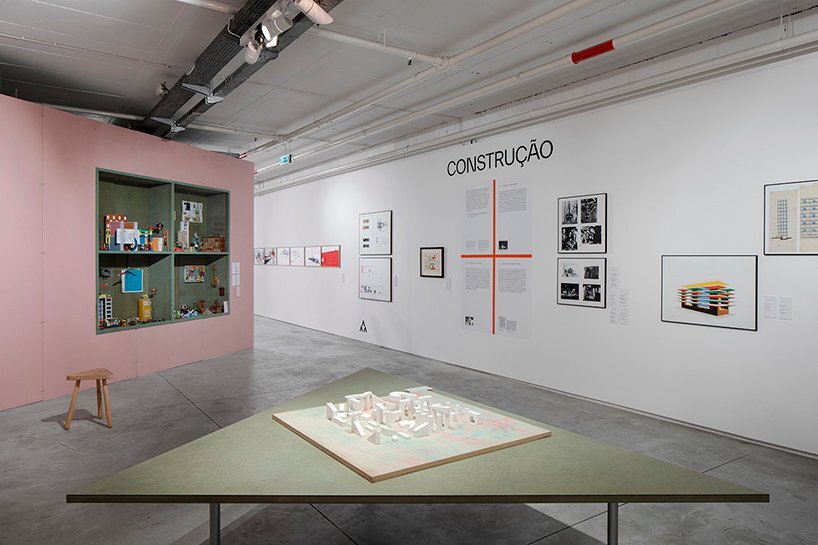 each section contains children's games that relate to the exhibits. in the section 'construction' they dialogue with a multitude of materials, such as models, drawings or playful photographs. 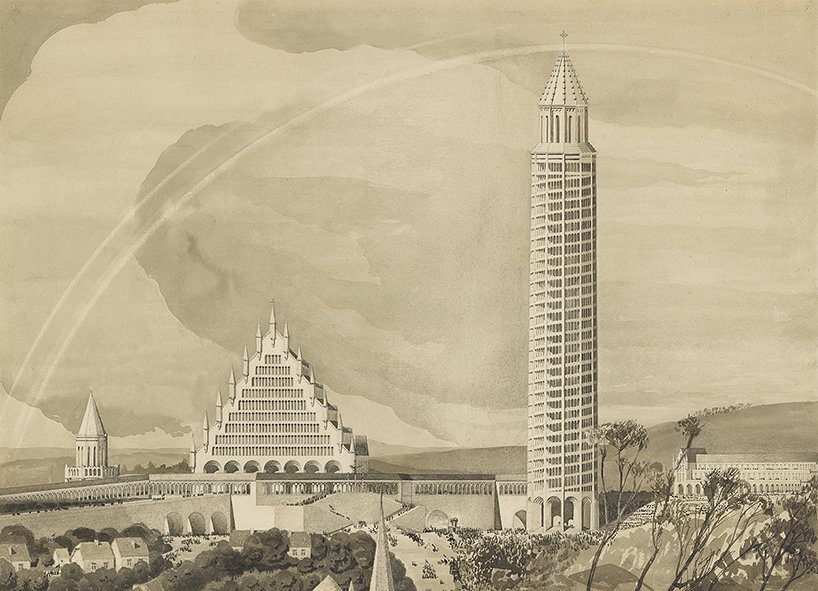 'theater' explores the relationships between the body and the building, and the building as a body in the city. henry lacoste, project for the notre-dame basilica, © CIVA 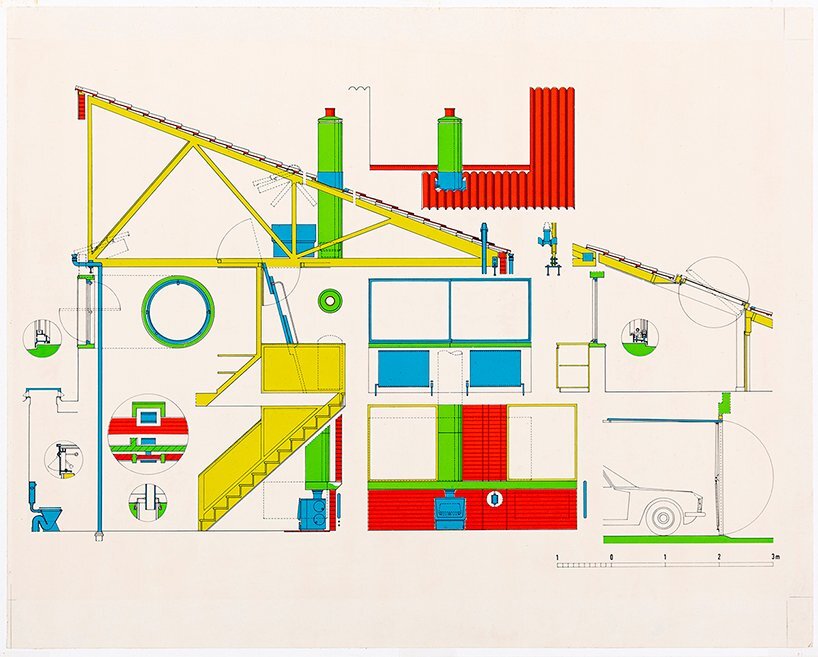 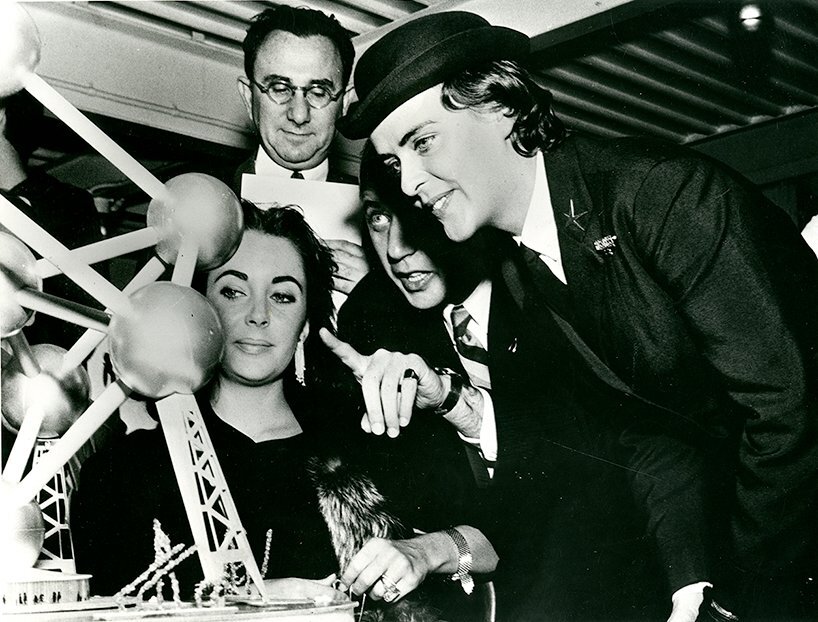 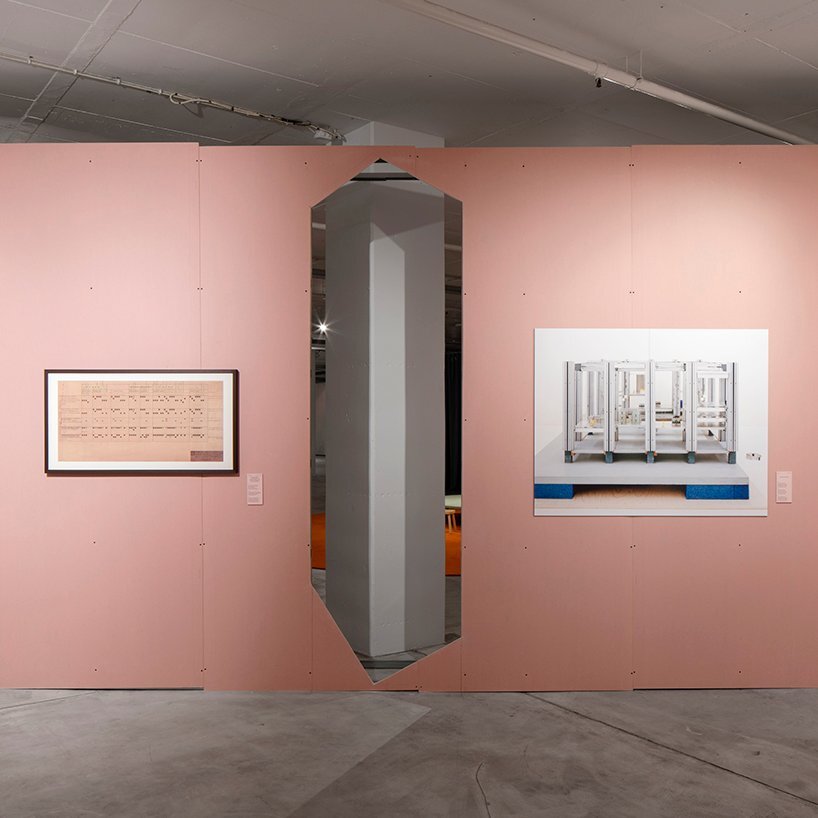 the exhibition design promotes playful moments that enable a continuous relationship between the different sections. here, the wall reveals the existing structure of garagem sul and the section behind. 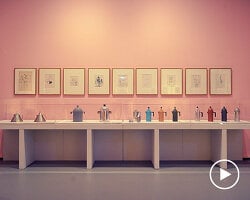 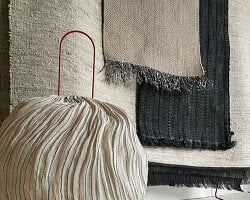