designed by new york city-based studio ​architensions, ‘children’s playspace’ in brooklyn playfully recalls abstracted elements of nature. the innovative indoor playground covers 875-square-feet, and is occupied by a series of plywood structures that recall ‘movement through woodland forts, dappled light streaming through trees, and the glow of the sun reflecting off of snow.’ the playground is created for a brooklyn-based wellness professional focused on yoga and childcare who sought an indoor environment for creative, collective play for a small group of children. 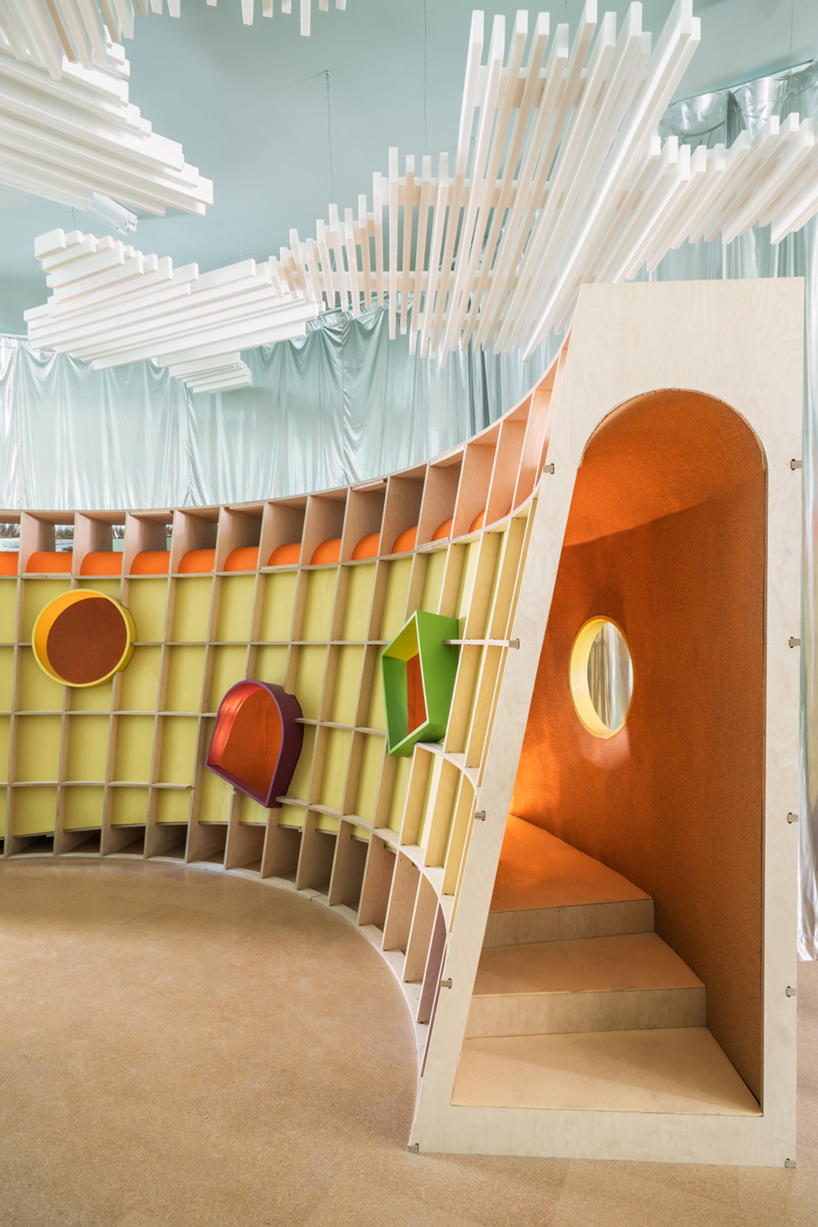 architensions organizes its children’s playscape with three main structures, each with a distinct geometry and color scheme. first, a semicircular ‘tunnel’ emerges from the ground, stepping up to manipulate the ground plane. the nineteen-foot-long plywood passage is punctuated by geometric cutouts with frames painted sun yellow, eggplant purple, and kelly green. these elements serve as windows into the larger room that reveal the tunnel’s elevation while allowing cascades of light. a semi-translucent orange roof further enhances the interior’s colorful glow. 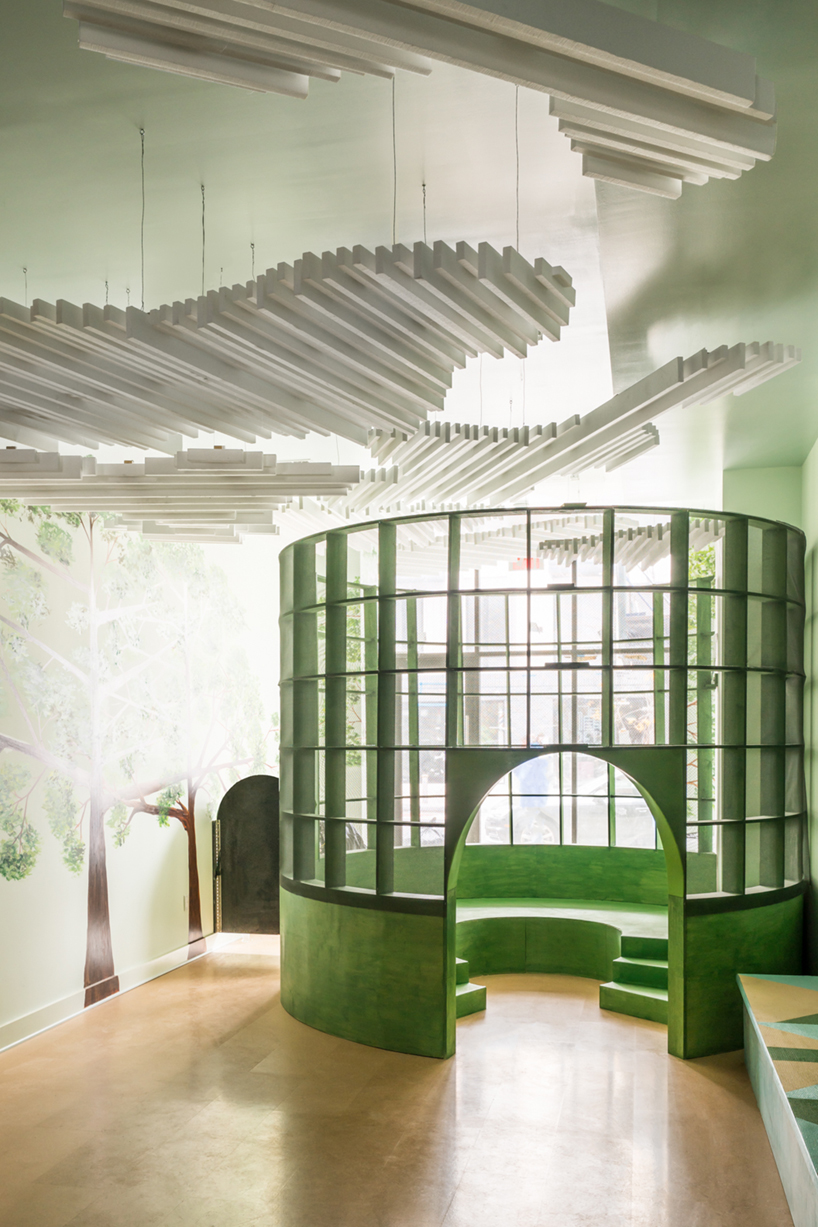 architensions next occupies its children’s playscape with a cylindrical, green environment recalling a treehouse. here, children can climb a set of steps to observe the space through green fabric mesh that simulates the effect of the leaves. on the left side of the space, an enclosed form covered in semi-translucent washi paper hangs from the ceiling, which reaches nearly twelve feet. its white, cone-like shape alludes to an igloo — from within, children experience an unusual lighting condition that resembles the effect of sparkling snow. 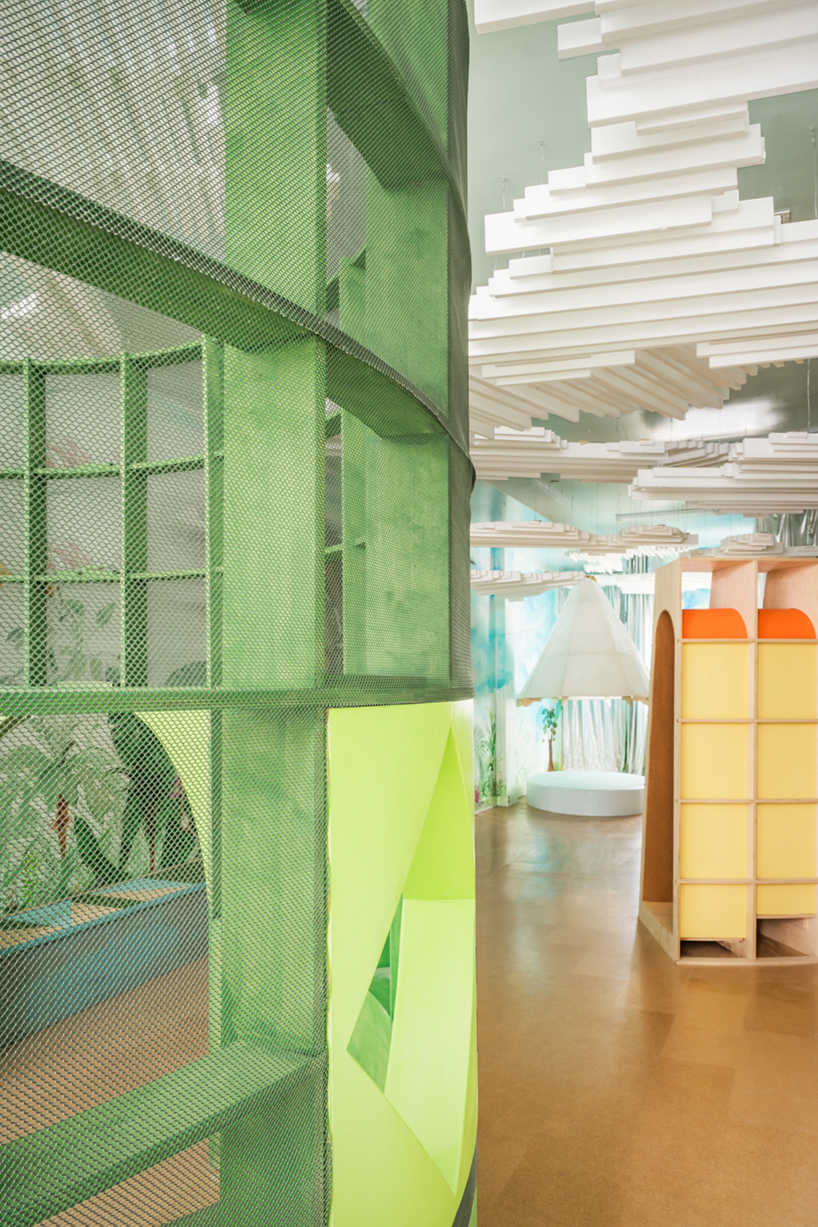 designing the framework of its children’s playscape, architensions expresses influence from the natural world, along with precedents in playground design. these precedents include isamu noguchi’s contoured playground, a forward-thinking environment created to encourage freeform play, together with aldo van eyck’s amsterdam playscapes, characterized by multifaceted forms which inspire different types of interaction and activity. 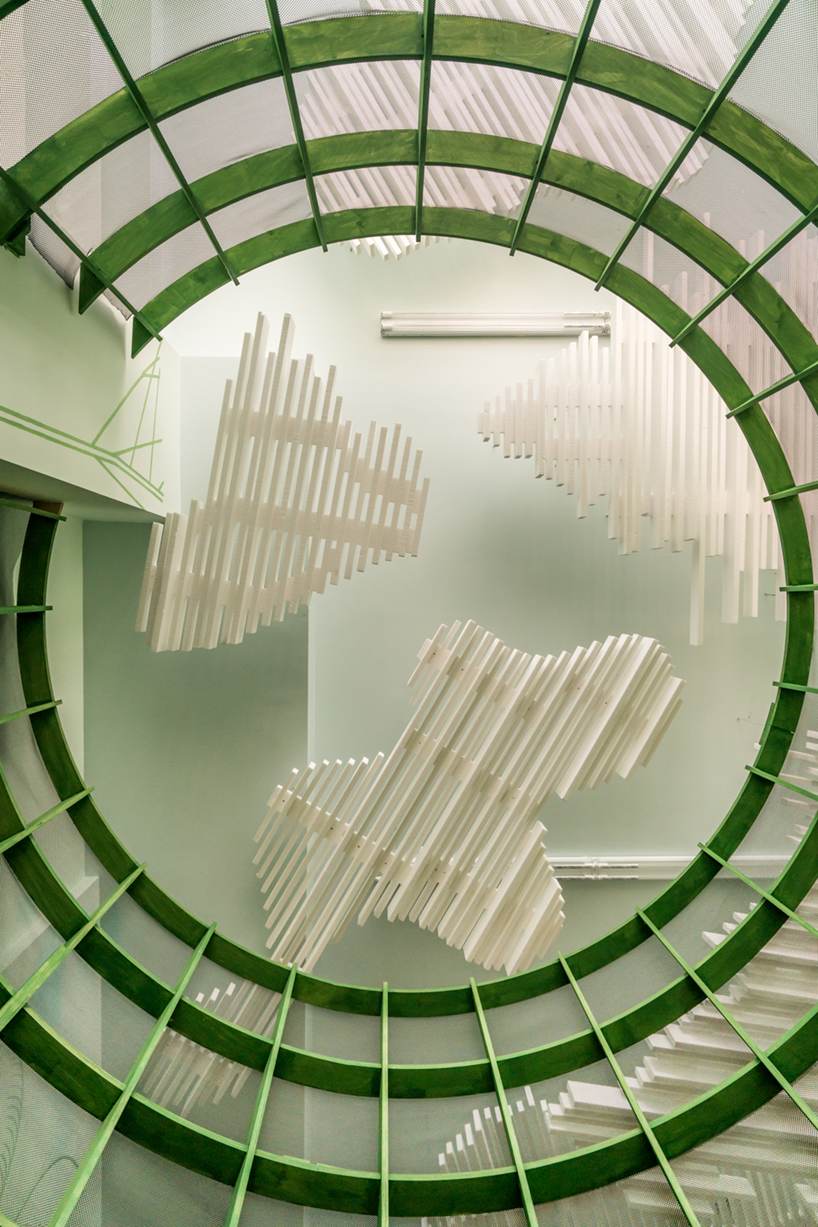 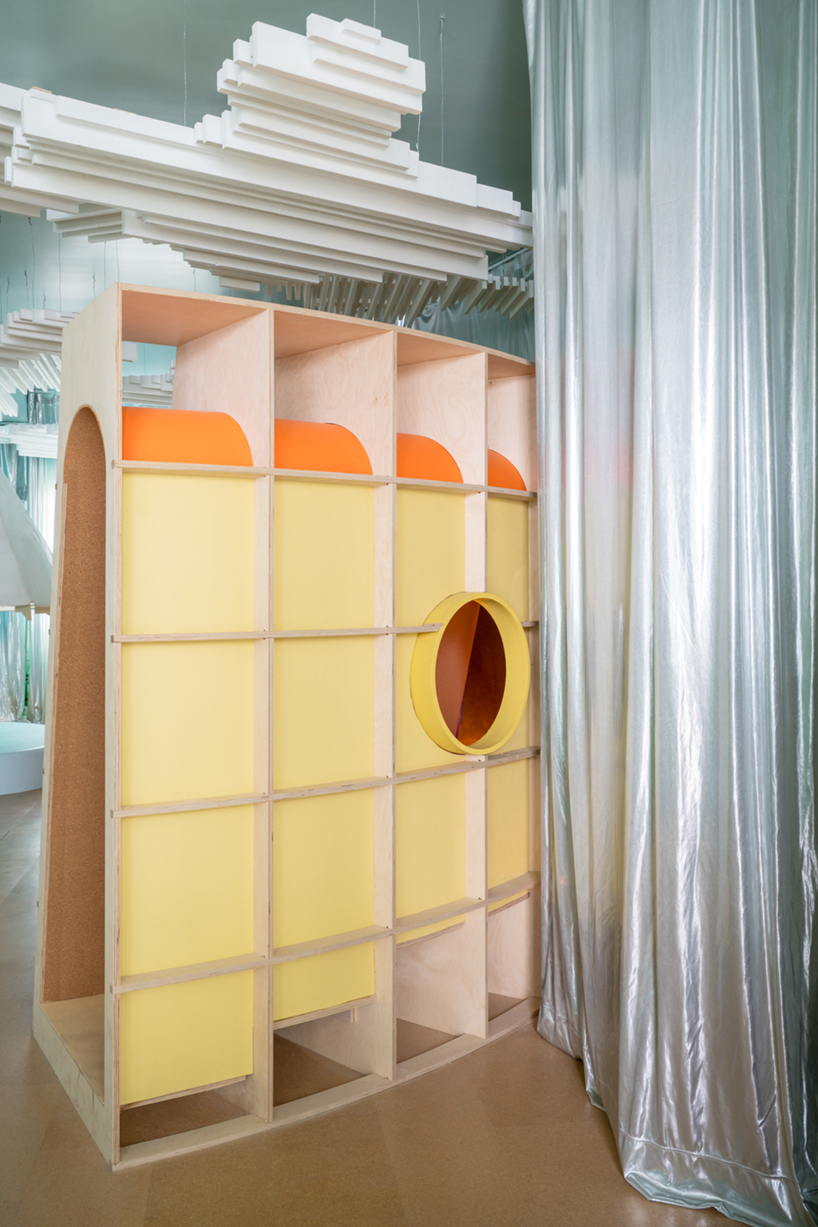 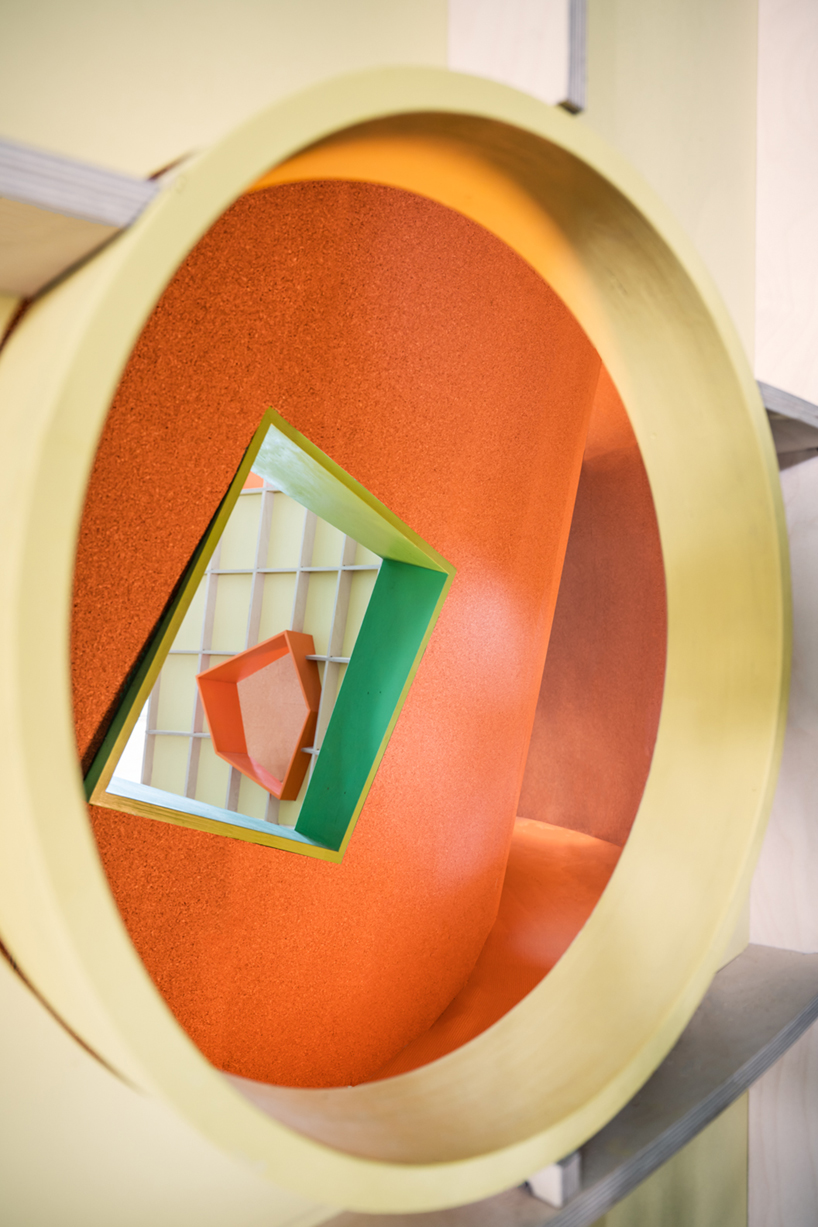 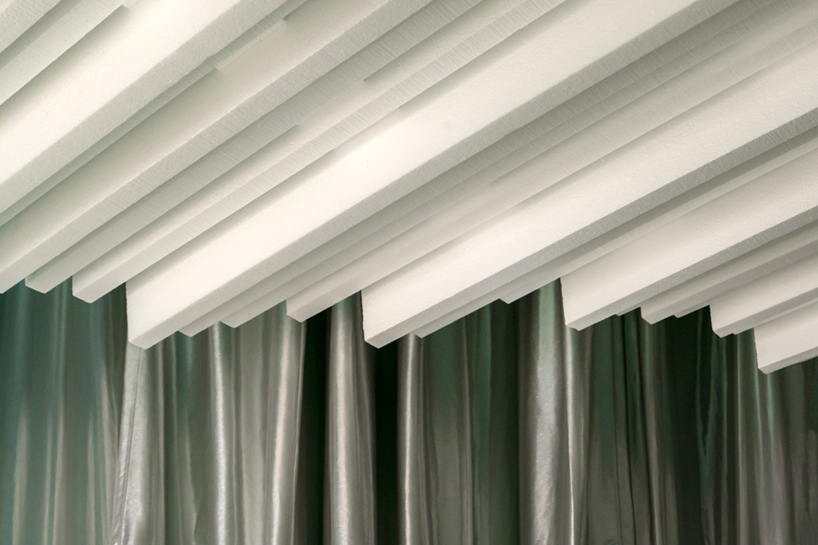 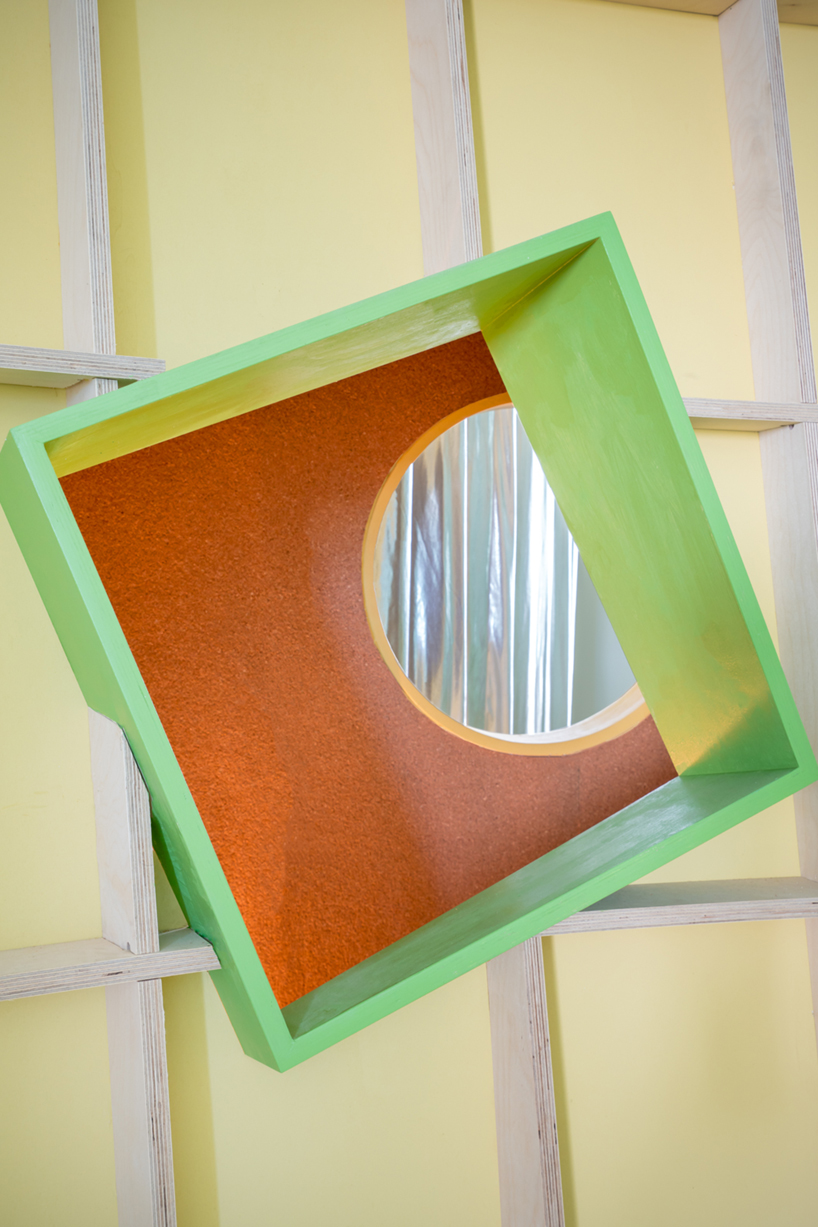