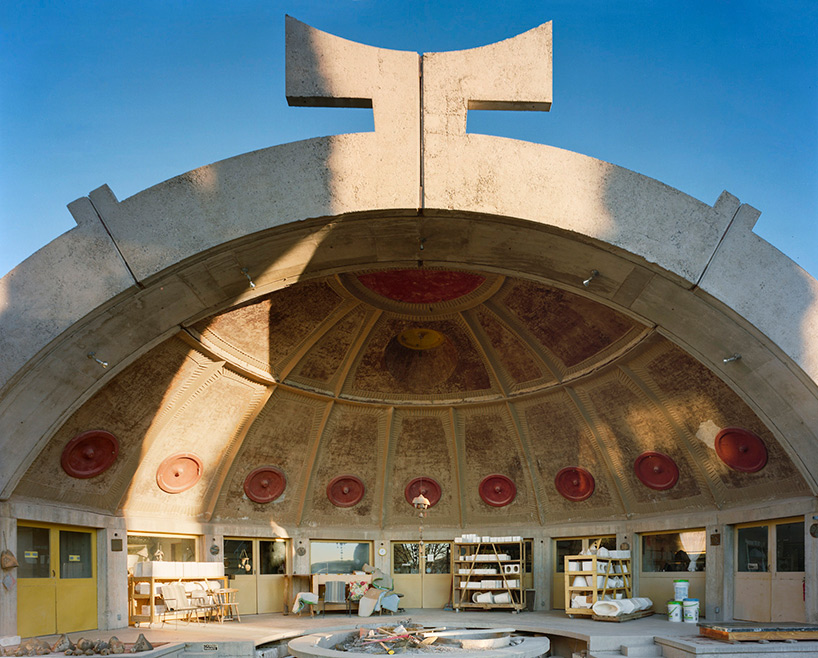 located 70 miles north of phoenix in central arizona, arcosanti is an experimental town conceived by visionary italian architect paolo soleri. built on the values of community and environmental accountability, arcosanti’s goal is to pursue ‘lean’ alternatives to urban sprawl. these ideas are based on soleri’s theory of compact city design — a concept he referred to as ‘arcology’, a portmanteau of architecture and ecology. the town broke ground in 1970, and its construction remains ongoing. it is also here where soleri was laid to rest in 2013 after he passed away at the age of 93. as part of its latest issue, PORT magazine visited the desert commune to document arcosanti’s current state, and how it plans for a future without its chief visionary. 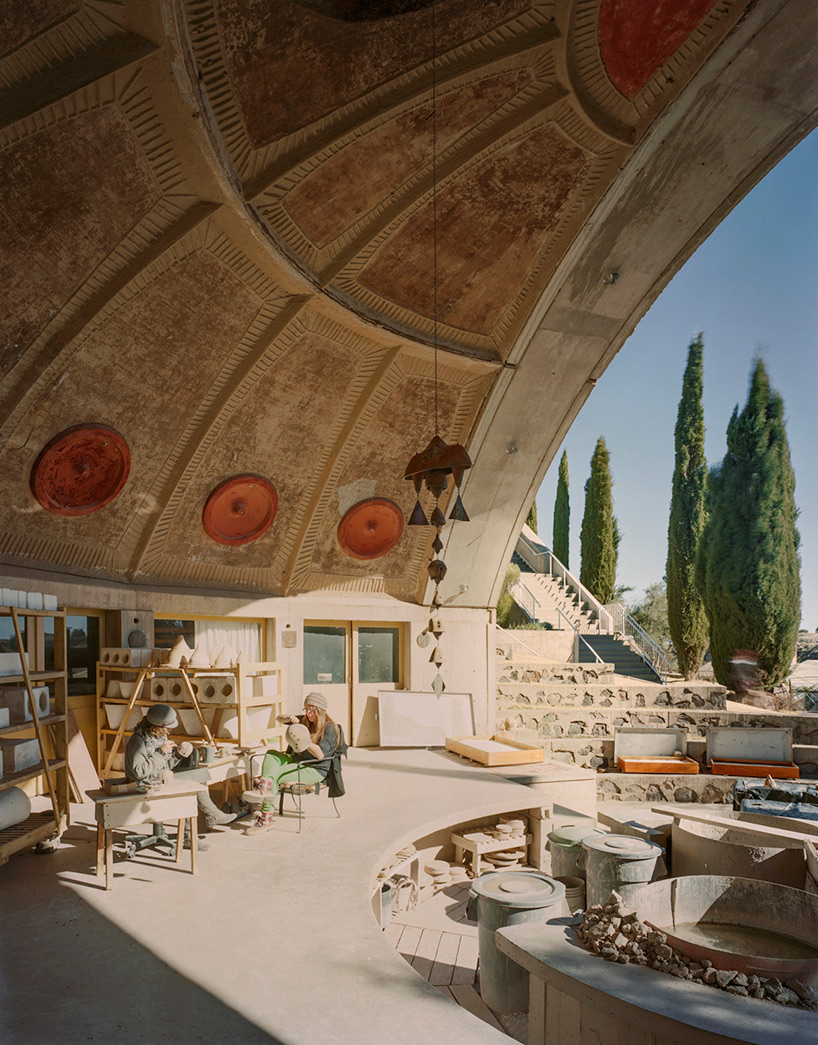 writer kyle chayka describes the architecture of the site in more detail: soleri’s buildings accomplish the trick of appearing both organic and machine-made, with soft curves decorated in angular flourishes. the arcosanti residents nestle in apartments that might be mistaken for hobbit dwellings, sunk partly into the ground but generously lit by semi-circular windows (the older the resident, the grander the apartment). the breadth of the city is easily walkable, no more than 15 minutes across, meandering up and down small staircases that connect miniature plazas. on the outskirts, half-built apartments are surrounded by leftover construction equipment, as if a child had suddenly quit playing with her toys. 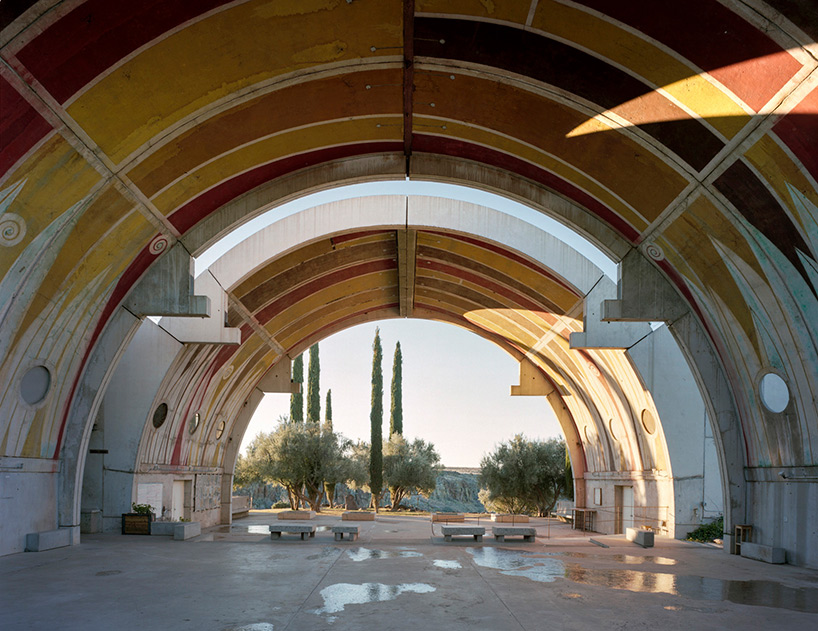 three years after paolo soleri’s death, chayka meets a community adjusting to life after its founder. ‘when he died, I was shattered,’ says richard fox, a gardener who first moved to arcosanti in 1972. the town hosts 50,000 tourists each year and still makes money through the sale of wind bells — bronze instruments designed by soleri that are cast on site. the community now lists its apartments on airbnb, and is beginning to embrace social media as it seeks to secure funding for its future growth.

see more photographs of arcosanti taken by andrew moore below, and read the full feature with additional images over on PORT-magazine.com. 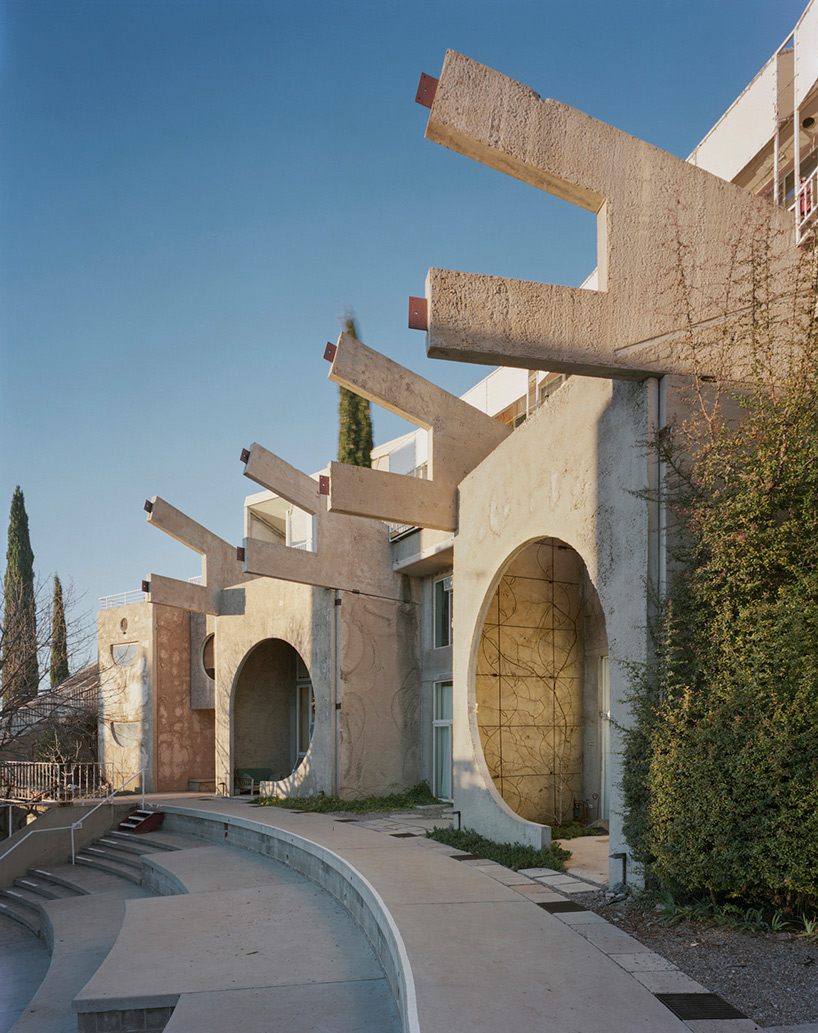 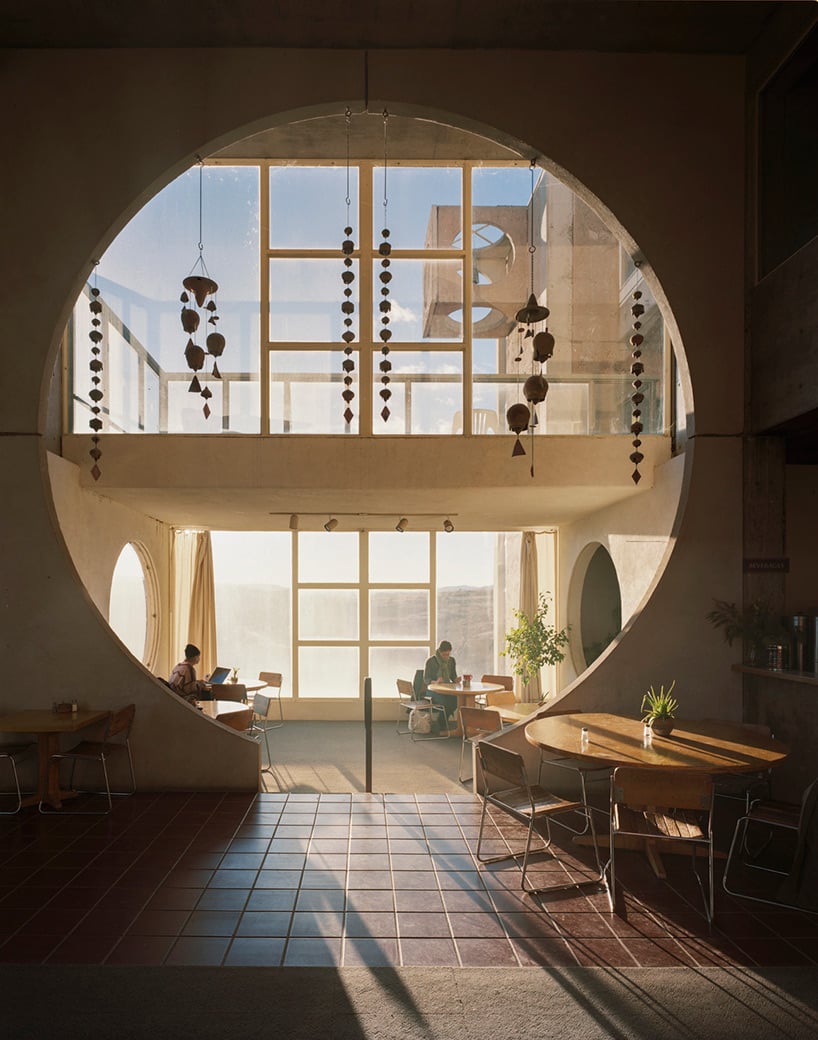 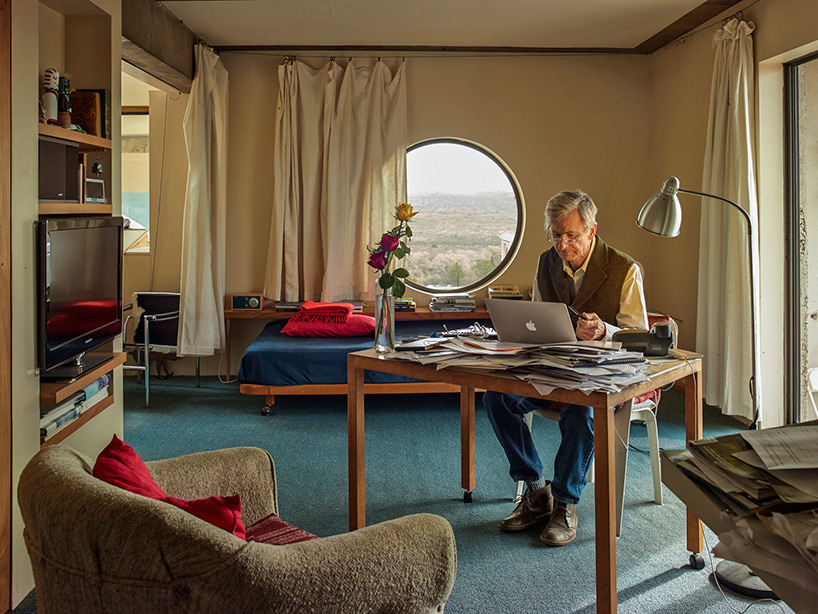 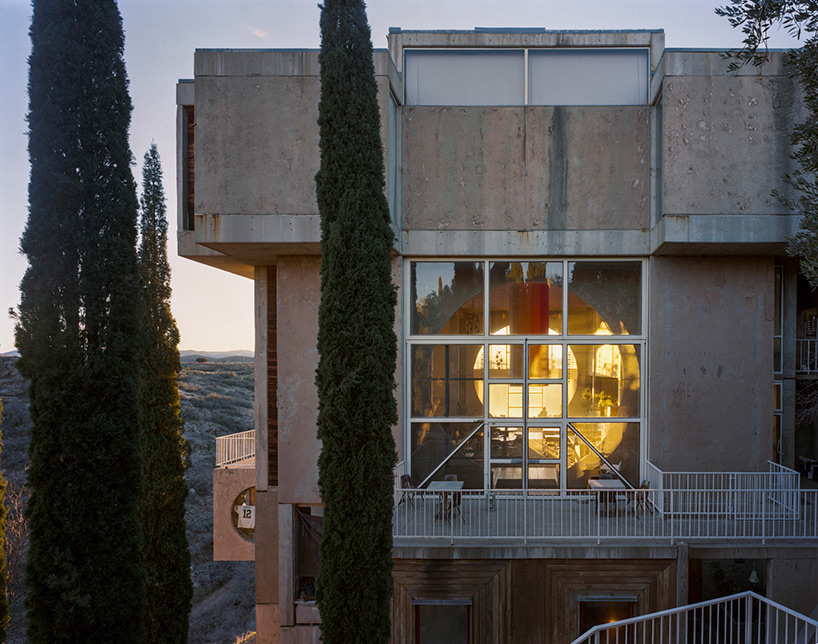 perched on a cliff, the crafts III building contains apartments, a café and a visitor center 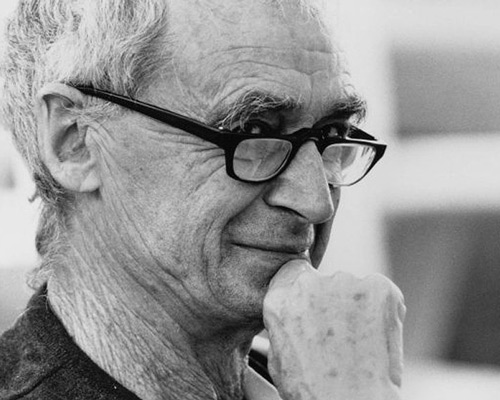 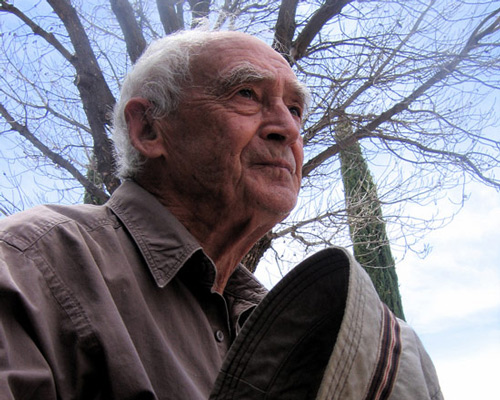