yiyang xu and jingyi ye of the national taiwan university of science and technology have designed the ‘arctic saver tower’ with the purpose of protecting the polar glaciers and prolonging the winter season in the arctic. the futuristic tower is to be activated each april, when ice beings to melt, actively freezing sea water in different locations while extending migration periods for various species such as polar bears. 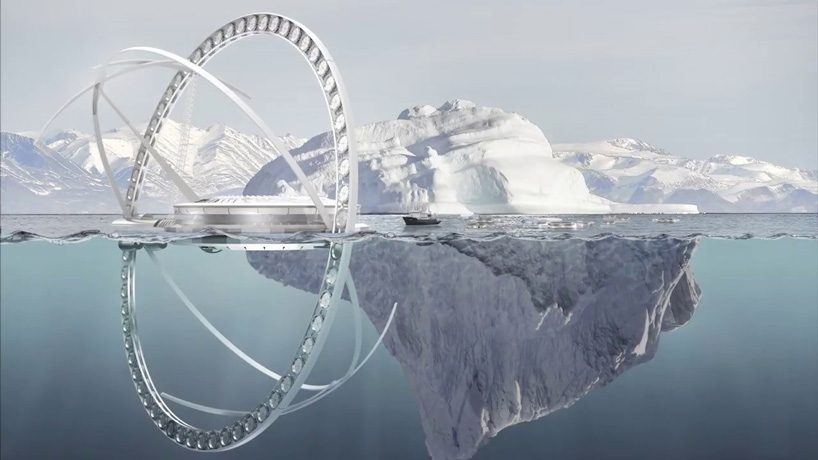 nominated for different international awards, yiyang xu and jingyi ye‘s arctic saver tower could extend melting season in various critical locations of the arctic circle increasingly affected by global warming. the ambitious mechanism would begin its function each april, when ice starts to melt. during that time, the outer frame of the tower would begin rotating, while the unit under the water surface would start storing water. internal sea water would begin to freeze when the two units above the water surface are exposed to cold air during rotation. the ice storage unit is placed outside when the outer frame rotates at sea level, and the ice melts, absorbing the heat in the atmosphere and slowing the rise of temperature, thus prolonging the melting period.

in the meantime, external units would be move to a fixed position, providing a foothold for a small number of polar bears that begin to migrate from may to june. in september, the sprinkler installed on the outer frame of the tower woulf spray treated seawater onto the ice, and, by controlling the spraying direction and distance, the ice woulf be thickened, also resulting in a prolonged melting period. could this futuristic project be the solution to climate change and animal protection in the arctic? 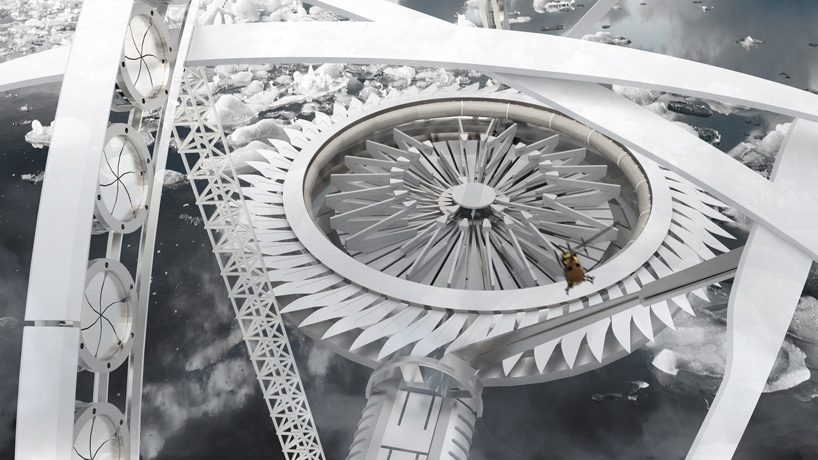 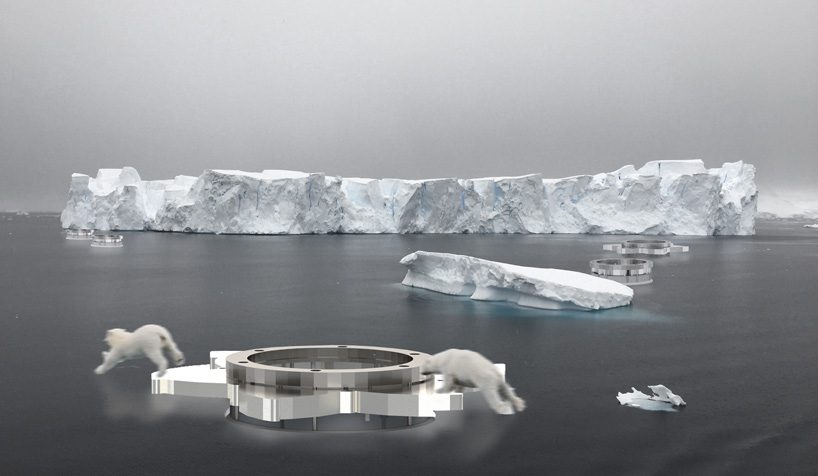 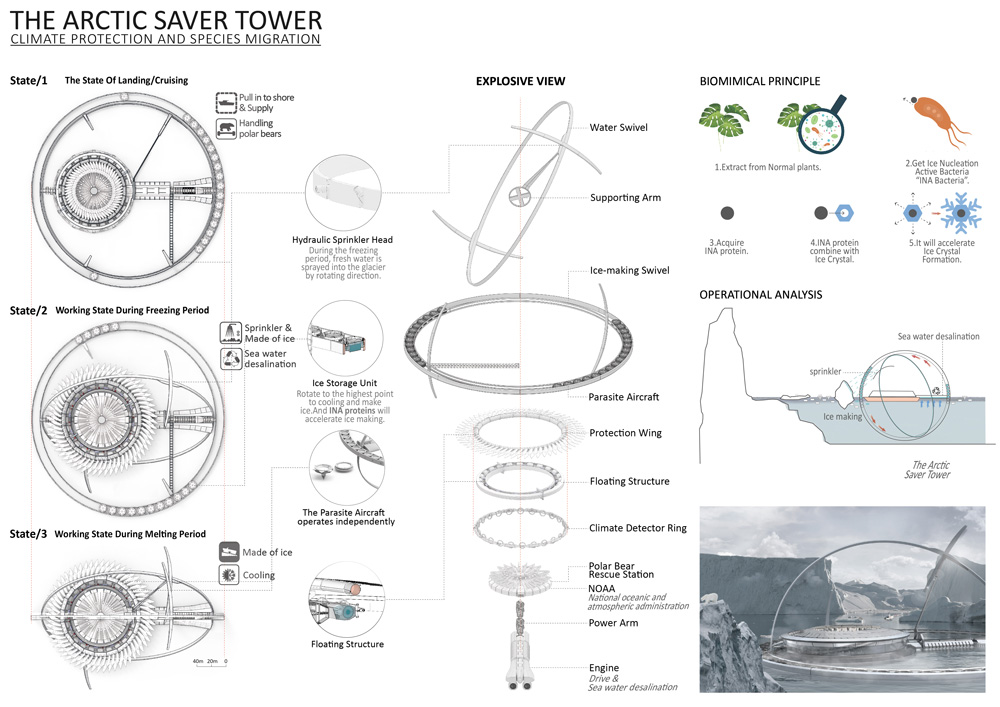