view down the outdoor porch

as part of the restoration and conversion of the nørre vosborg manor, denmark, of which erik einar holm was responsible, arkitema architects was asked to design a new hotel wing for the building. the extension matches the largest of the complex’s buildings in terms of volume, and despite its location and size, does not compete for attention within the site’s historical courtyard.

in order to reduce the impact of the hotel wing and to avoid an imbalance in the historical structure, the architects decided to use alternative materials which would relate to the stud building’s dominant red brick and thatched roofs. wood was used alongside the frugal red-brick, pervading the entire building, including the roof, which is clad in planks of radial-sawn siberian larch, laid in a clapboard pattern. the hotel itself is characterized by a roof without dormer windows. the clapboard pattern has been lifted and opened, enabling the creation of a belt in the roof’s surface, integrating necessary openings for habitation. by locating the openings to the terraces in this half-open belt, they have reduced the visual impression of ‘holes’ in the otherwise homogenous roof surface. 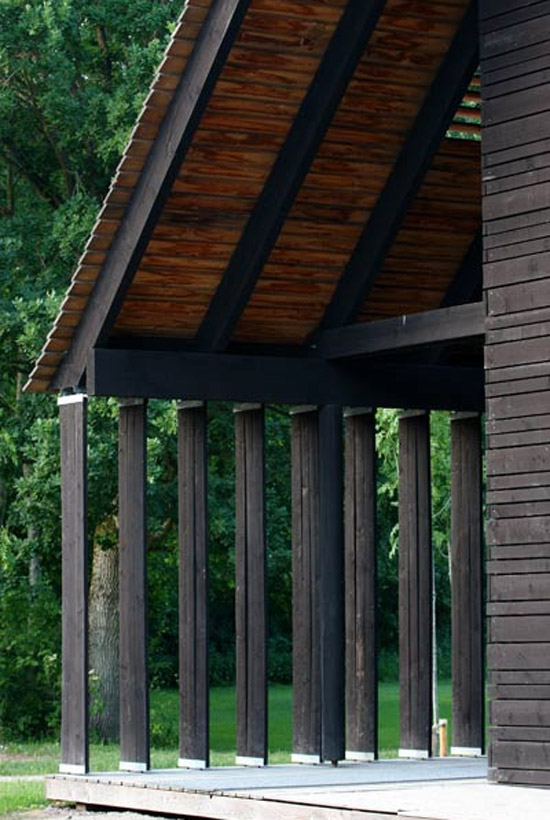 the entire building including the roof is clad in siberian larch 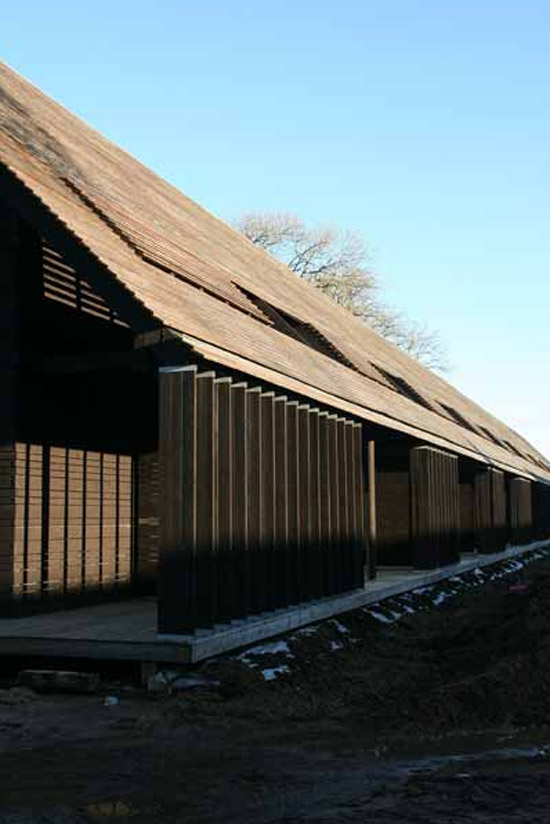 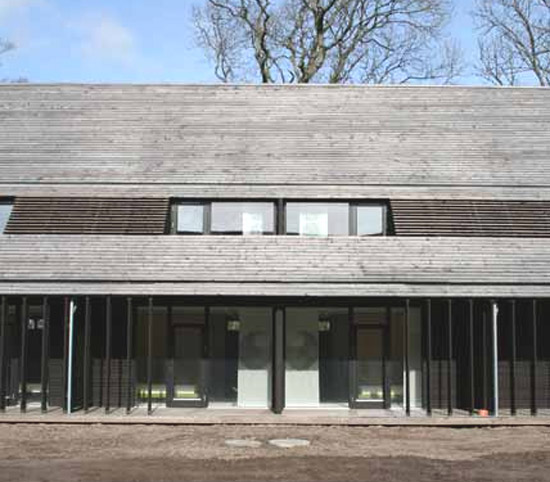 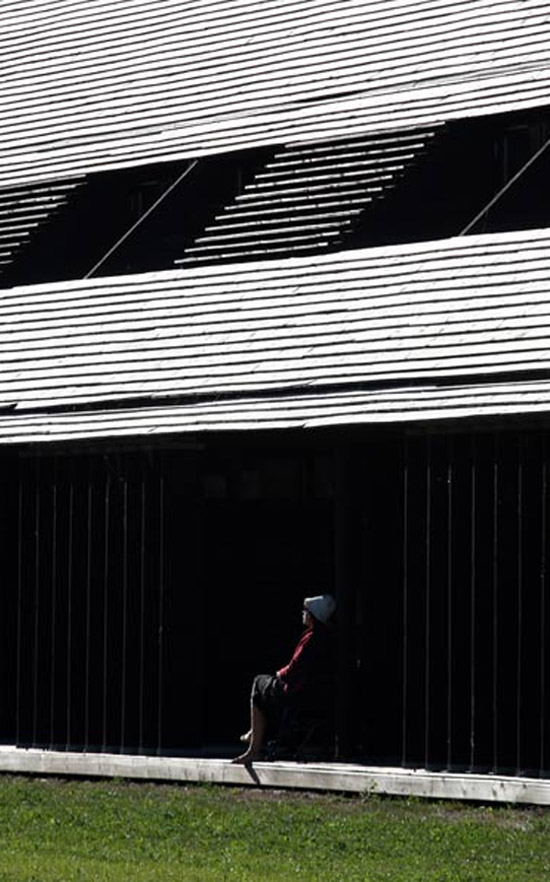 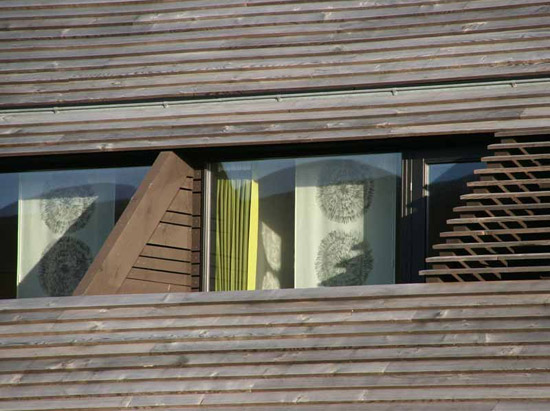 exterior view of the building clad in siberian larch 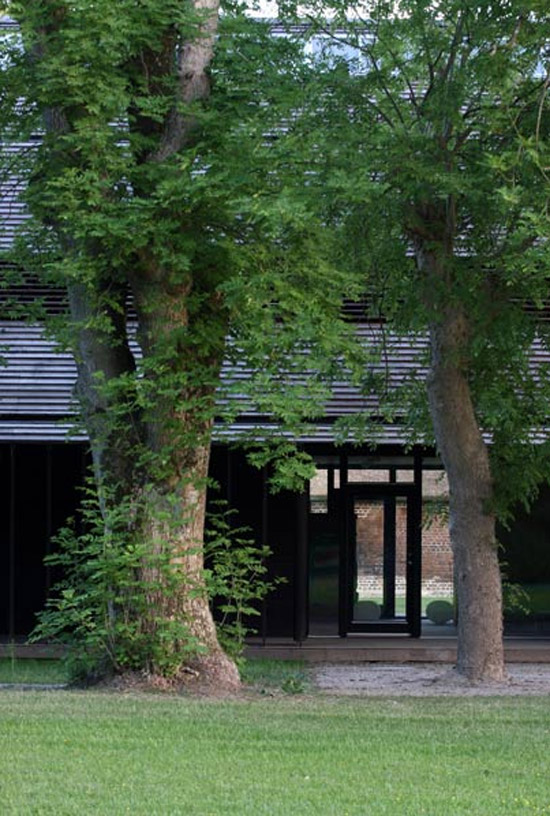 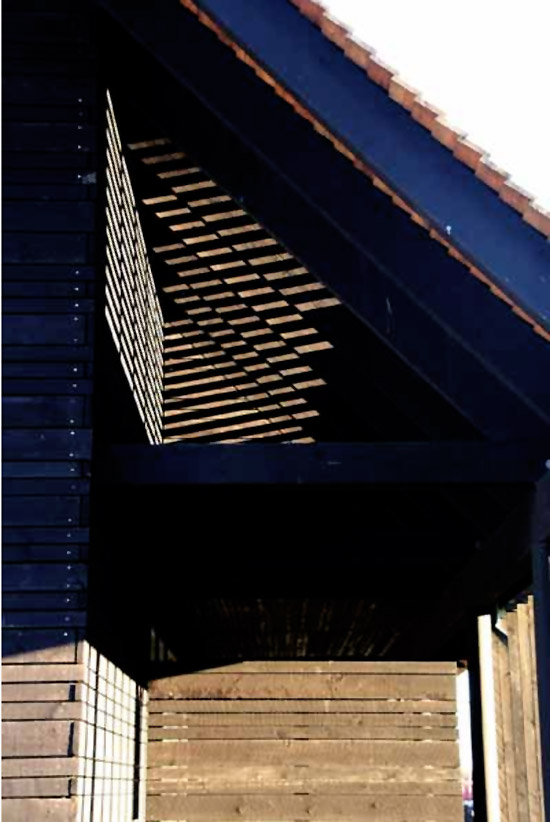 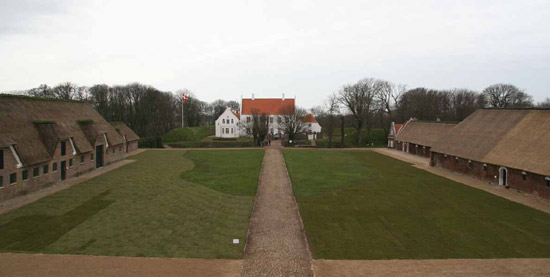 view of the manor’s courtyard 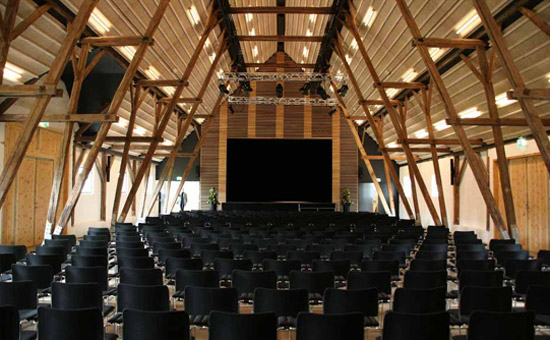 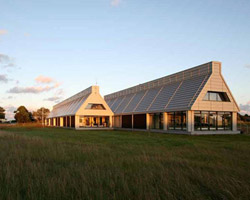 Jan 14, 2021
junya ishigami completes plaza of kanagawa institute of technology in japan
remaining open to the elements, the project has been conceived as an expansive landscape that changes with the seasons and the weather.
architecture
+1.5K shares
connections: +2570

Jan 12, 2021
KATARSIS builds and burns bridge in russia as artistic symbol of change and upheaval
the bridge was 70 meters in length with the two 20-meter-high towers linked by a passageway platform.
architecture
387 shares
connections: +300