the island of samsø, denmark is invested in a sustainable future by engaging in a number of renewable energy projects. one of them being the samsø energy academy by arkitema architects. the building is a meeting place where samsø communicates all the experience that the island has collected from its numerous renewable energy projects – from wind turbines and straw-based district heating, to rapeseed oil tractors and solar panels. the academy also functions as a conference centre where discussions on renewable energy and savings, new technologies, and houses an exhibition and summer school for tourists and school students visiting the island.

the institution has two-wings and is situated in the middle of a green meadow with a view of the sea, where plenty of solar warmth radiates down upon it. its form draws on the local building style which consists of simple saddle-roof houses. both the design and materials have been chosen on the basis of sustainable ideas. arkitema architects have used low energy, prefabricated and high-insulating building components. its exterior is clad with zinc, in contrast to spruce panels which have been painted black. the design optimizes the use of natural daylight, sun screening and natural ventilation in order to minimize energy consumption. a hidden solar heating system, and a visible battery of solar cells has been incorporated into the roof’s distinctive profile. the academy has minimal drinking water consumption and uses rainwater to flush the toilets. 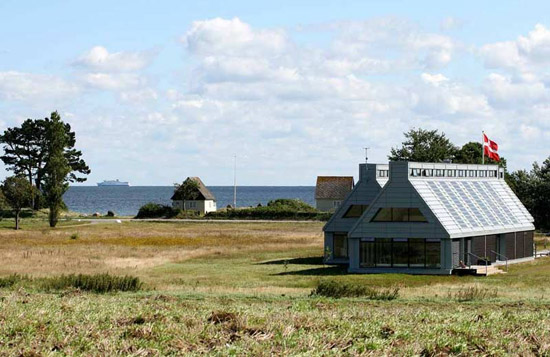 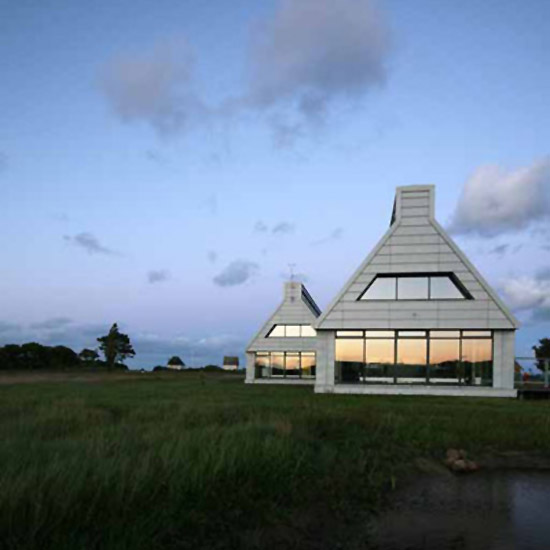 view of the academy’s two-wings 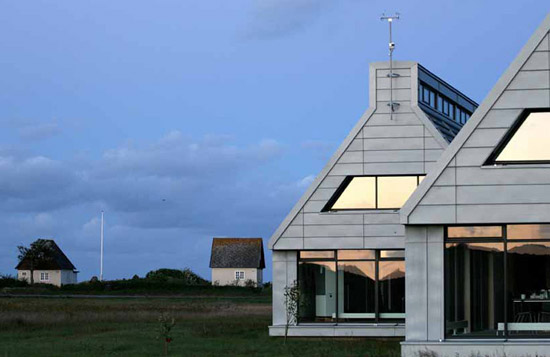 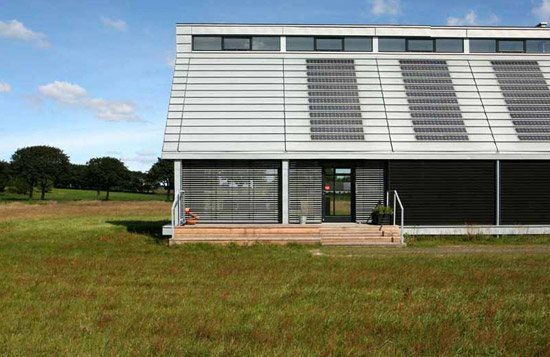 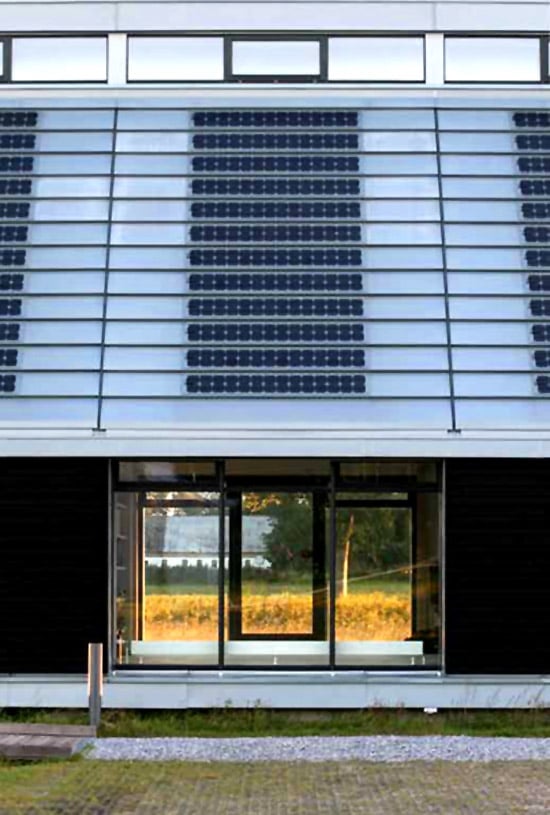 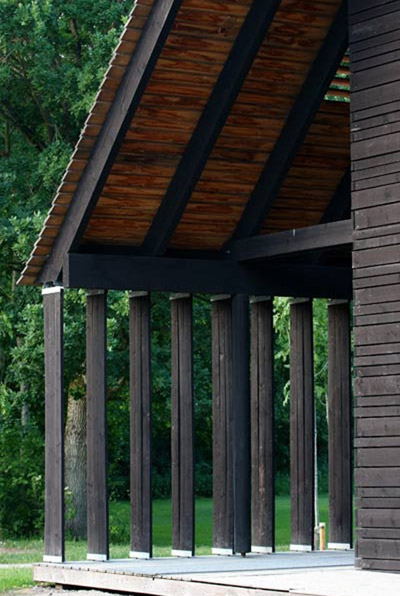 Jul 13, 2021
building solar panels over canals can save billions of gallons of evaporating water