among the collserola mountains outside barcelona, spanish studio arquitectura-G sites its house at ‘la floresta.’ the neighborhood is characterized by an unorganized constellation of houses sprinkled over the forested hills. the rusticated site is accessed by both dirt and paved roads, and neighbors both contemporary and mid-century houses. the intervention replaces a small construction built in the 1960’s by the client’s parents which had been demolished due to its declining condition. the steep slope of the plot is interrupted with a small terrace which had once served as the foundational footprint of the pre-existing house. 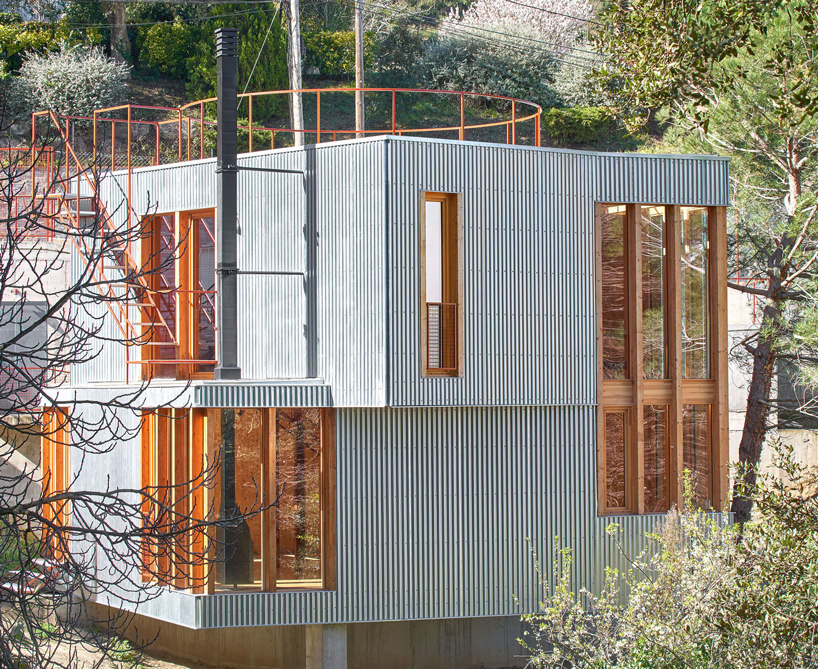 arquitectura-G punctuates its ‘la floresta’ house with bold timber-framed apertures, seeking to strengthen the relationship of the house with its forested context. the first floor rotates in relation to the ground floor, defining a series of skylights and small terraces that leave space for the nearby tree crowns to get closer to the facade. the interior of the house is characterized by its great simplicity, and it is the structure itself that defines the main interior finishes, with raw wood for the walls and bright one on the floor, looking for the exterior to be part of the interior through the reflections. 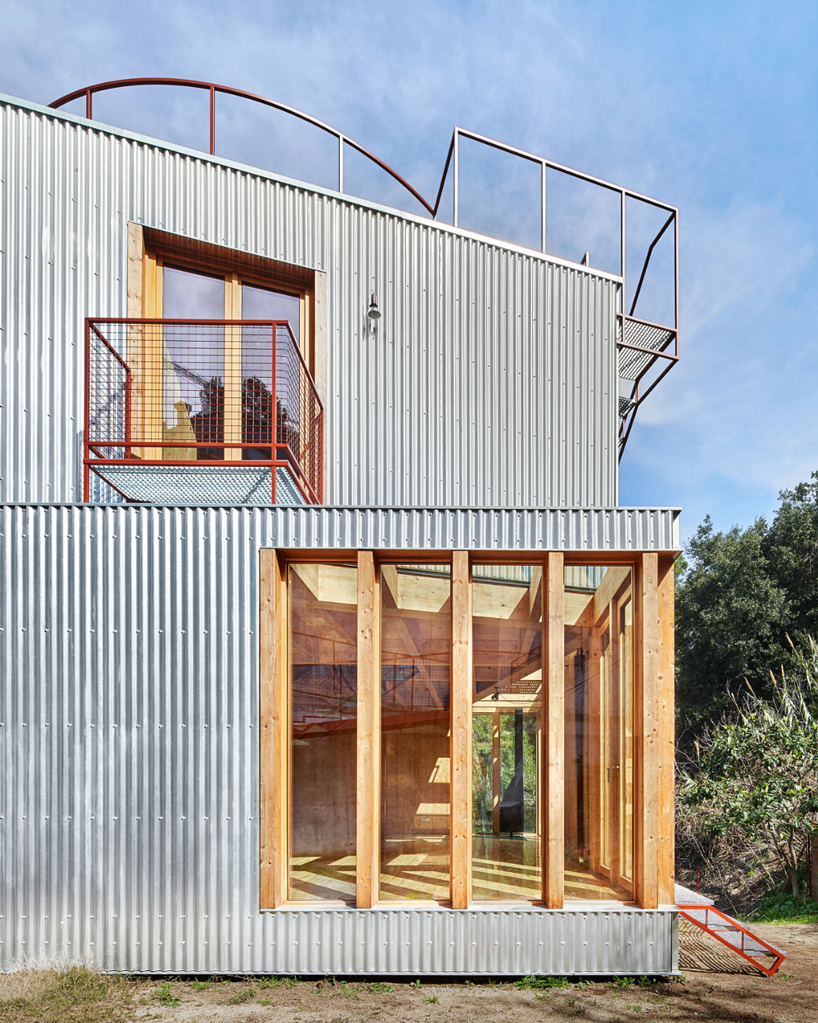 arquitectura-G’s house at la floresta is characterized as a wooden box wrapped in corrugated steel sheeting. the structure of the project is composed by laminated timber panels. these panels stand as load bearing walls when vertical and as the slab when horizontal — with a shallower section and the help of laminated fir beams. the team comments on the method of cladding: ‘the load bearing walls’ outer face is covered with 10cm insulation. vertical wooden strips are placed in between the insulation slabs and the ensemble is covered with a tyvek sheet. the strips perform as the support for the omega steel sections that hold the galvanized waved steel plate that finishes the facade.’ 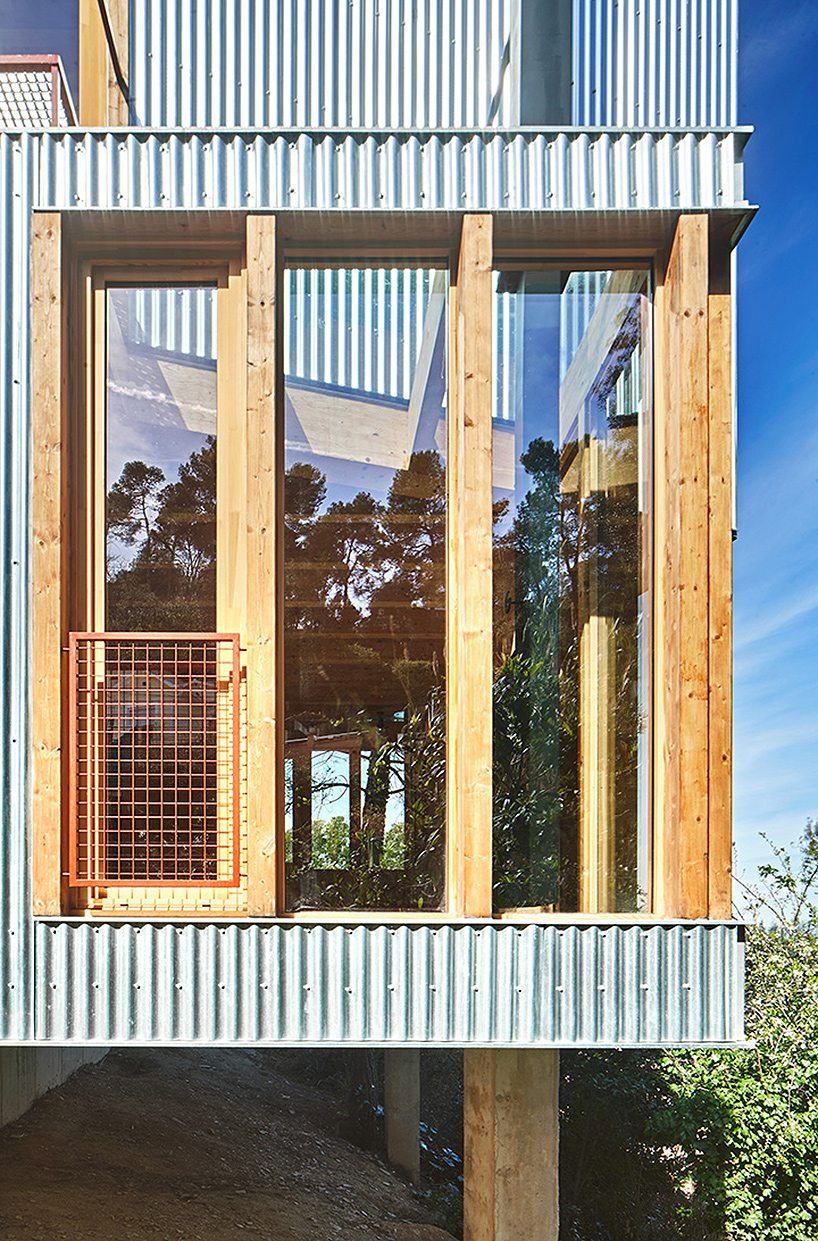 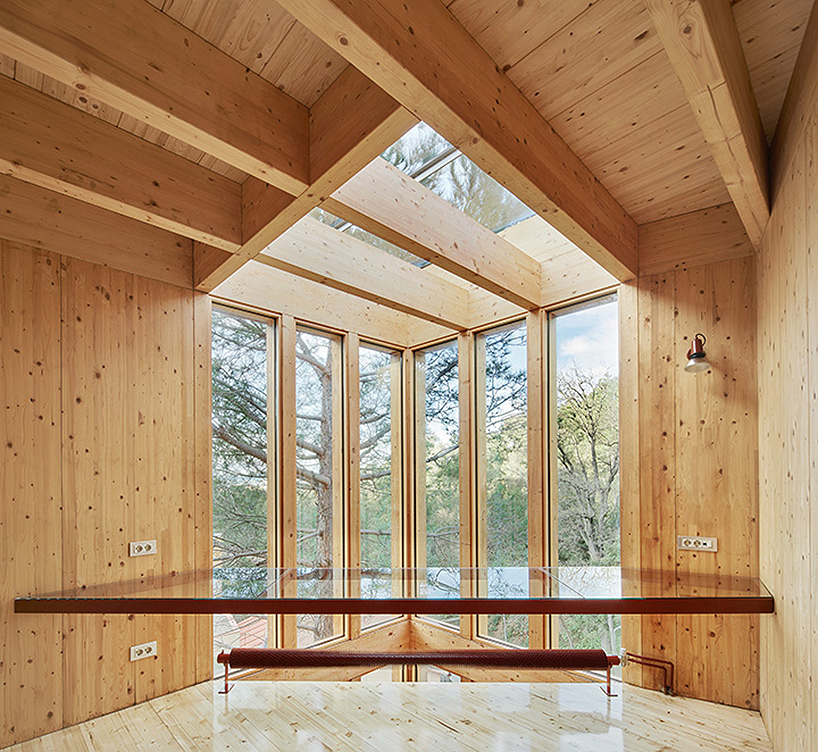 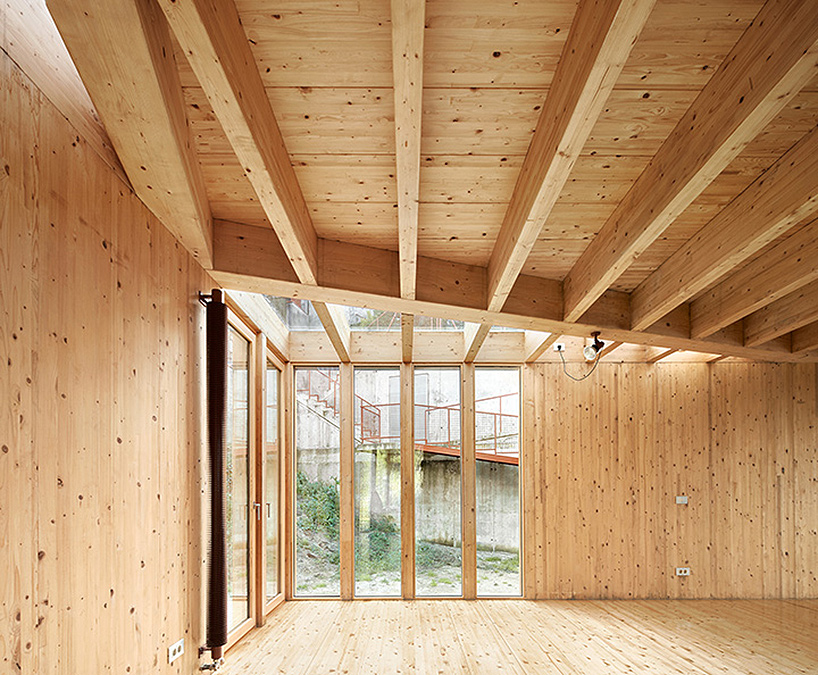 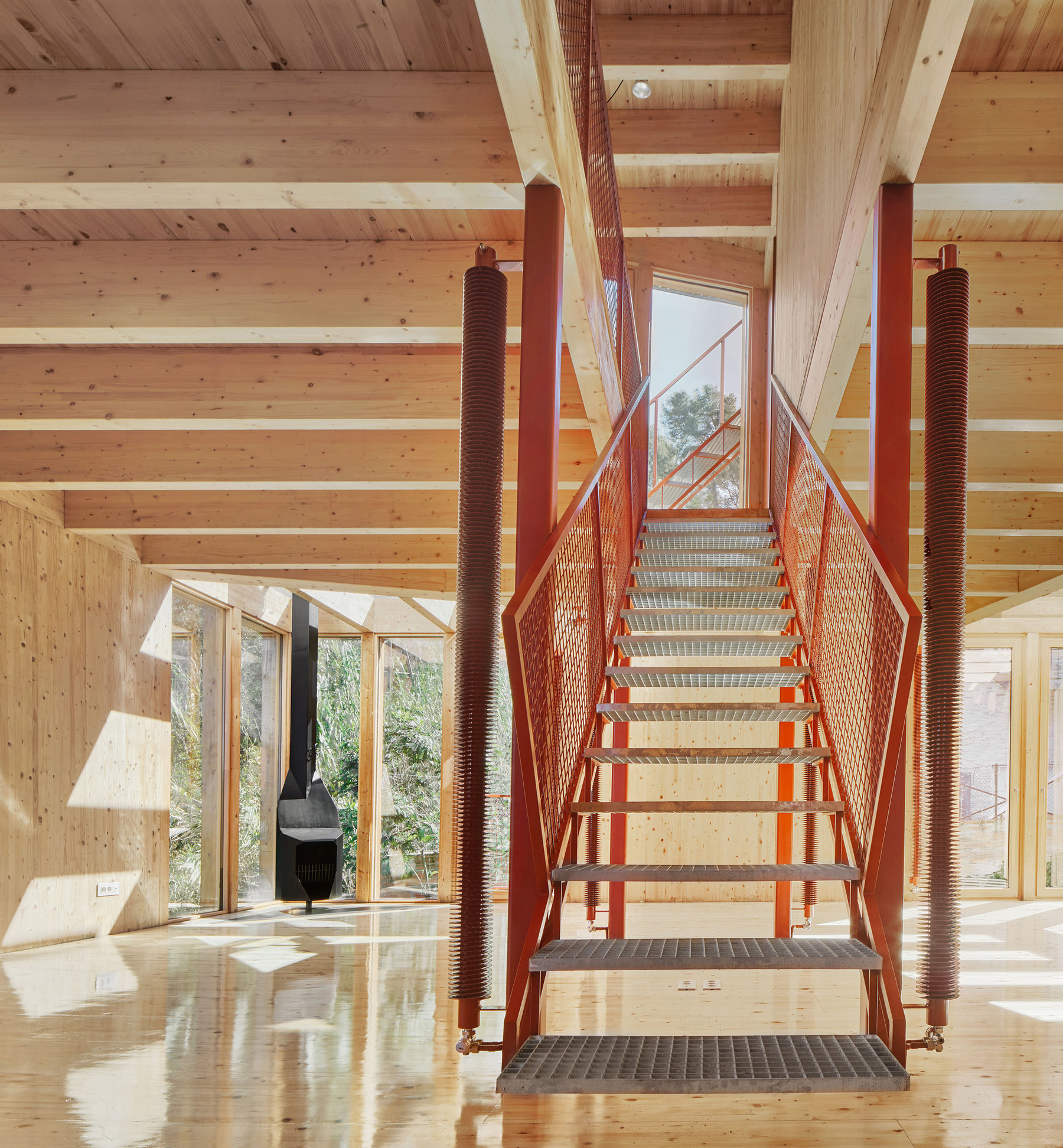 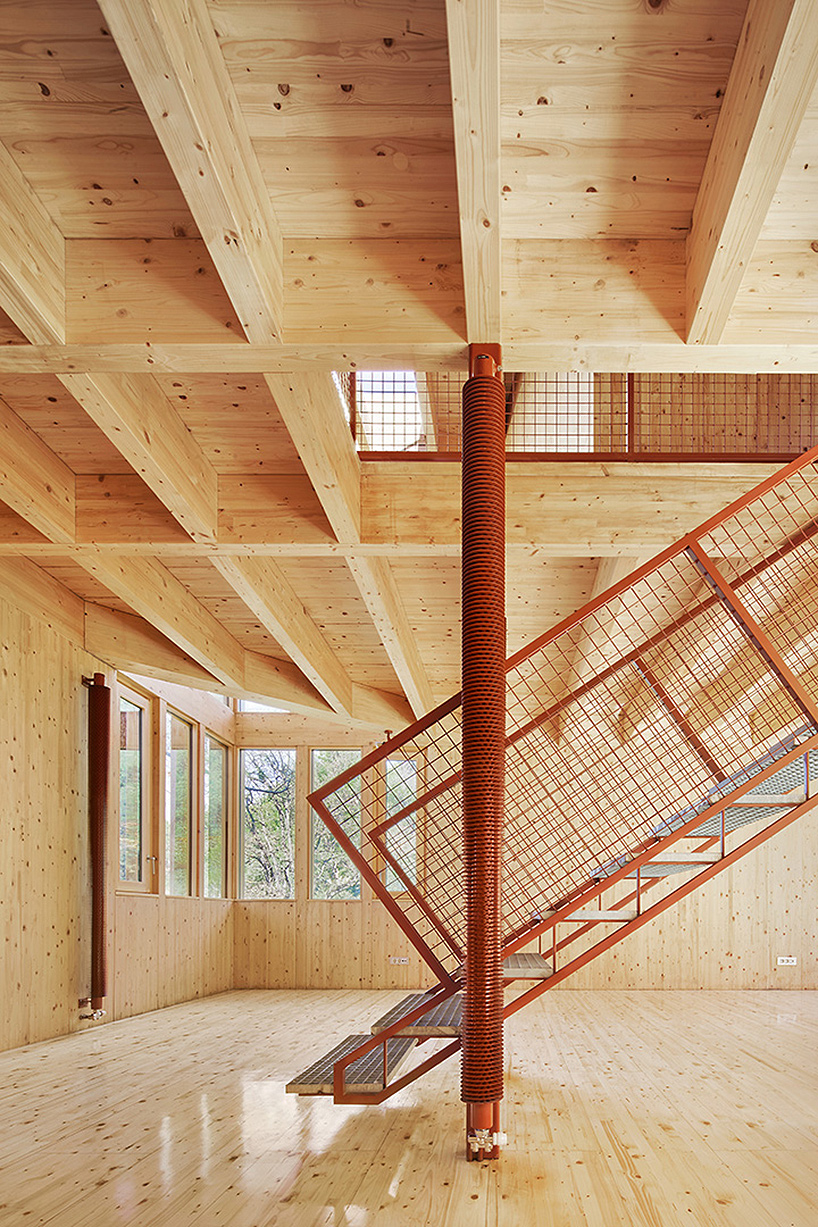 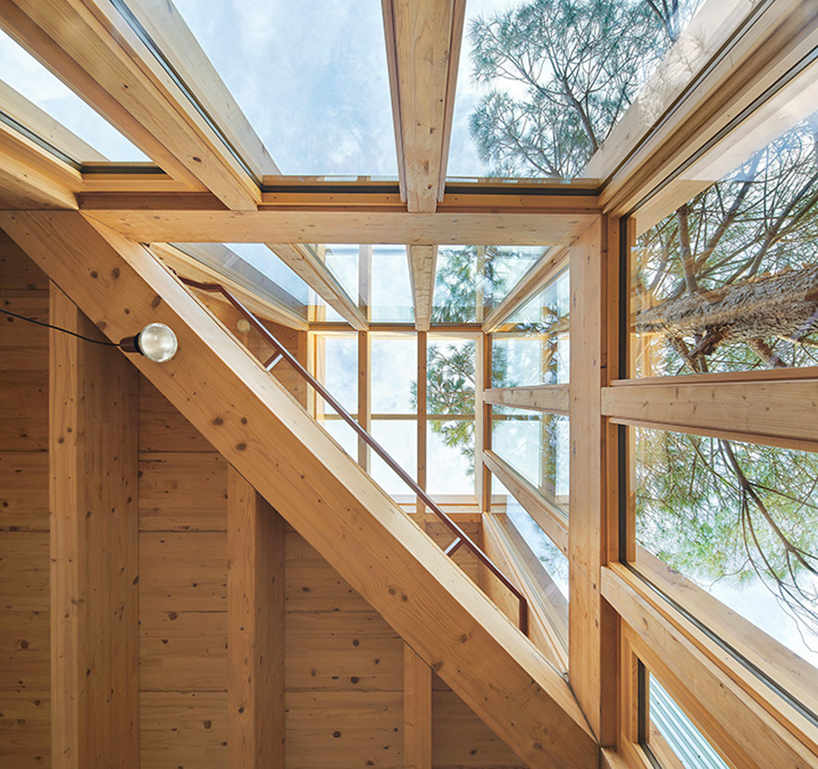 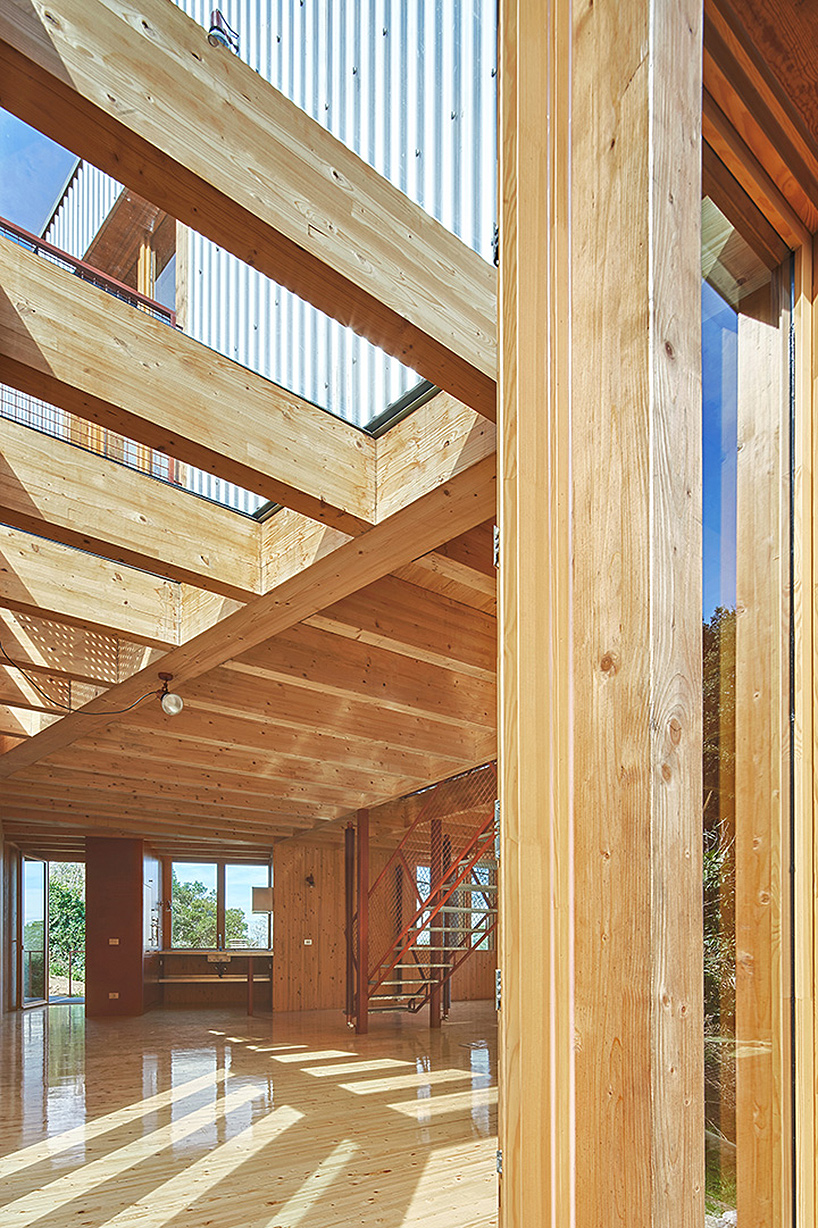 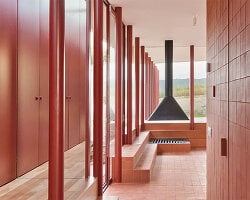