ASB GLASSFLOOR has been lighting up the world of sport with its cutting-edge lumiflex floor technology for years. now, with digital wallpaper, it has set its sights on a broad new range of applications. sunglasses optional.

immerse yourself: with digital wallpaper by ASB glassfloor, rooms can be transformed into any imaginable theme world in a matter of seconds – as shown here in amsterdam in early 2020

the art world has learned how to use immersive installations to captivate an audience – creating unforgettable experiences with the help of space-consuming works that motivate people to see things from different angles as well as to inspire them.

ASB glassfloor understands the power of this medium and with digital wallpaper, its versatile LED glass screen, presents a technology which is destined for use in a wide variety of applications – including the art world.

the bavarian manufacturer has come a considerable way to reach this point, although it may be more fitting to talk about how the company has evolved. ASB’s origins go back to 1965, when advertising expert horst babinsky founded an interior design company. the company’s first great success was based on the development of a prefabricated construction system, and indeed which gave the company its name: ASB, for aluminium system construction. 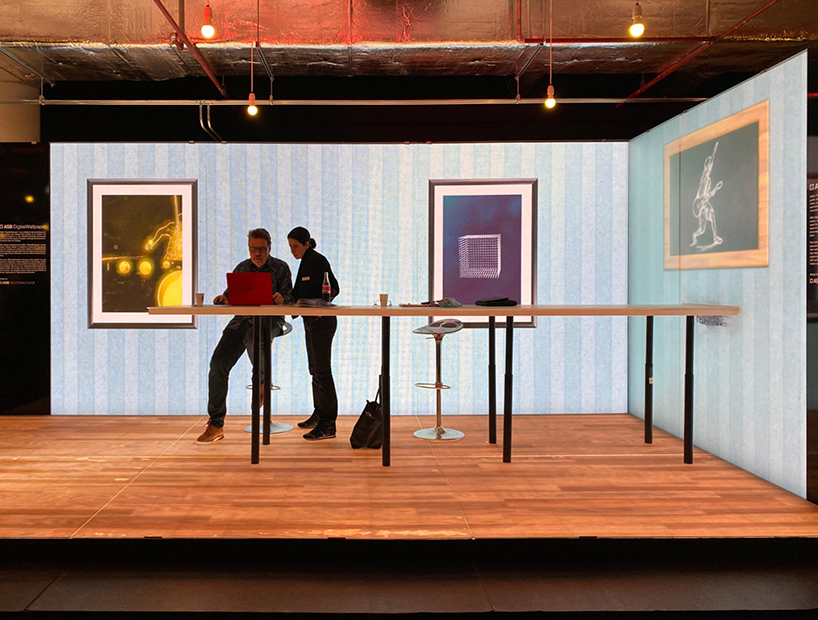 in the mid-seventies, babinsky developed the ASB squashcourt and, within a few years, had positioned the company as the international market leader for squash courts. from 2006 onwards, the company specialised in the production of glass sports floors, thereby expanding its presence in the world of sport. lumiflex, the first full LED glass floor, was launched in 2016.

the expansion of the range of applications to include art, trade fairs and other events is a logical step, as LED surfaces are being increasingly utilised in these contexts too.

the driving force behind ASB glassfloor today is christof babinsky, son of the founder, who took over the business from his father in 2016 at the age of only 29. initially, he was responsible for the development of LED floors used for staging impressive presentations at events, in showrooms or at company headquarters. with their new business segment ASB architectural, babinsky intends to devote more attention to the projects of architects and designers in the future. 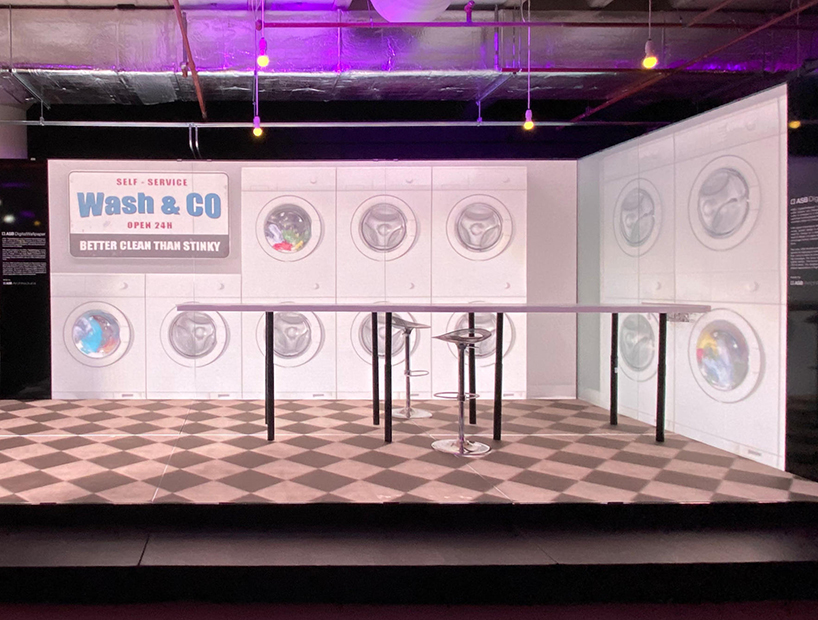 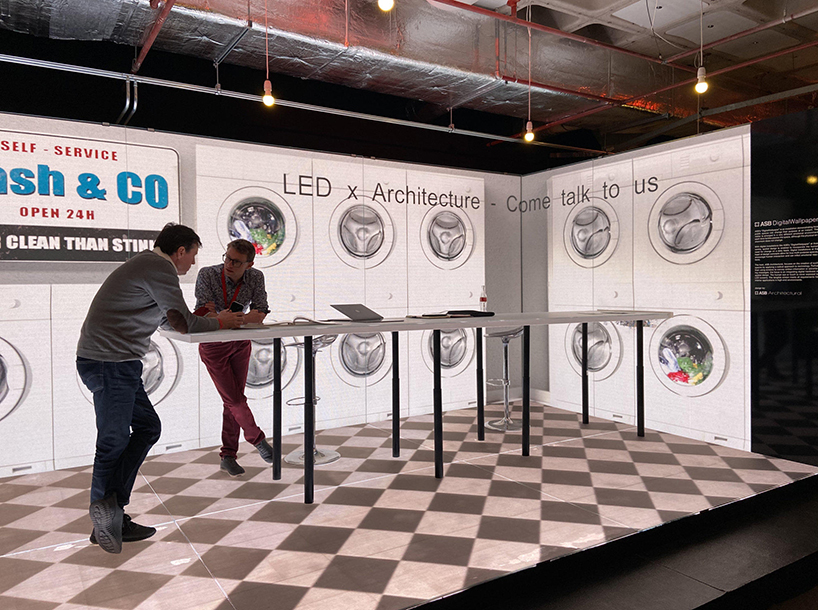 the possible applications are manifold. babinsky describes, for example, a pop-up store at the airport, ‘which changes every week, without any renovations or reassembly required, because it is an interactive commercial space.’ in the entertainment sector, the possible applications of digital wallpaper are obvious, but LED walls are also perfectly applicable in restaurants, shopping centres, railway stations or office environments. their application can also be found in the creation of places where emotional, spatial experiences are needed, or where advertising messages require communication.

‘the sports industry has taught us the benefits of LED technology,’ says babinsky. ‘now, we are transferring this knowledge and technical know-how to other areas, such as art and architecture.’ thanks to digital wallpaper, large-area walls can be covered with HD LED technology. the atmosphere and effect of a room can be changed within seconds. whether digital patterns, photos or videos are displayed is up to the designer. 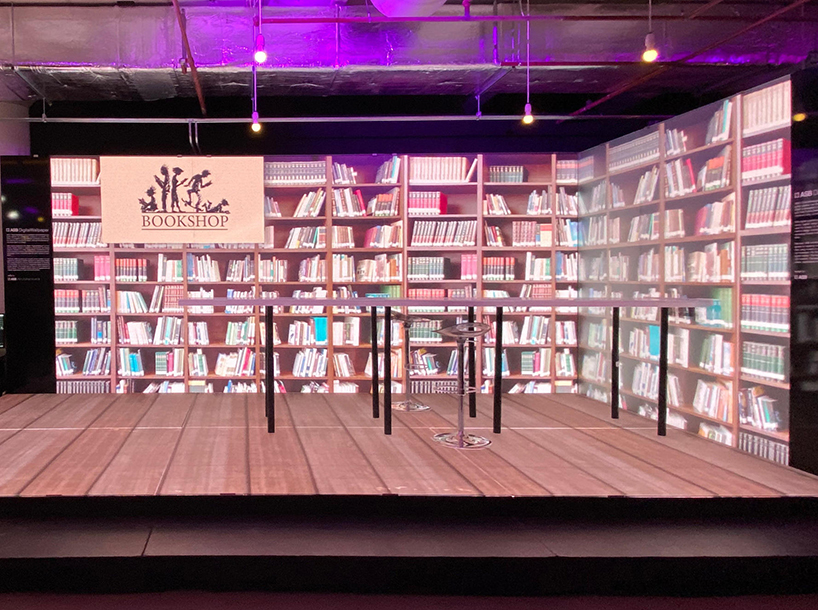 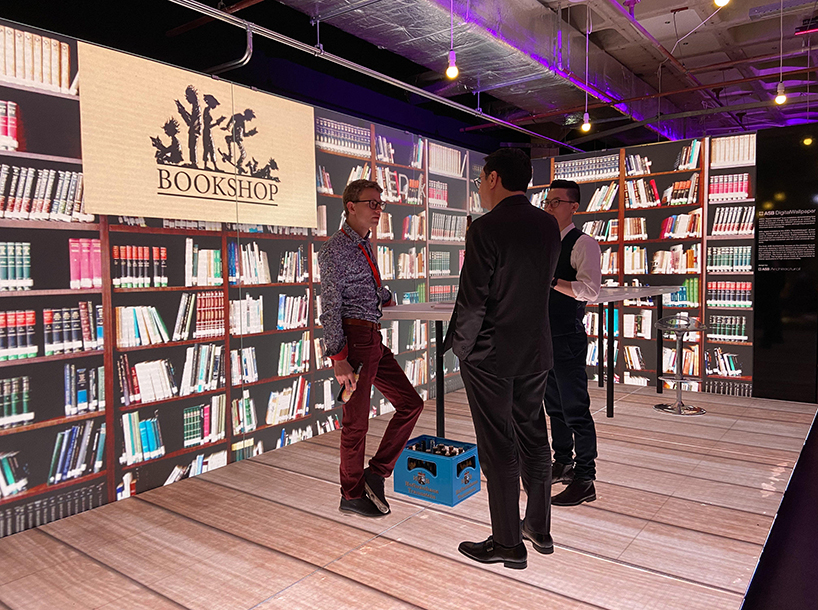 with its new business segment ASB architectural, the company is increasingly targeting architects and designers. designers have the freedom to choose whether digital patterns, photos or videos are displayed

in addition, digital wallpaper can play an important role in museum education, galleries or art exhibitions. at the interface between art and design. keyword: spatial design. with the help of digital media, it is possible to create spaces that can be experienced, whose design goes beyond the second and third dimension – encouraging people to take certain actions and making them the calculated subject of the space.

compared to ordinary video walls, digital wallpaper has a decisive advantage: the LED technology is located behind an extremely robust glass surface, which makes the product insensitive to touch and thus well suited for use in public areas. in addition, the images are displayed at a viewing angle of 180 degrees, so that the motif remains clearly visible from all perspectives. 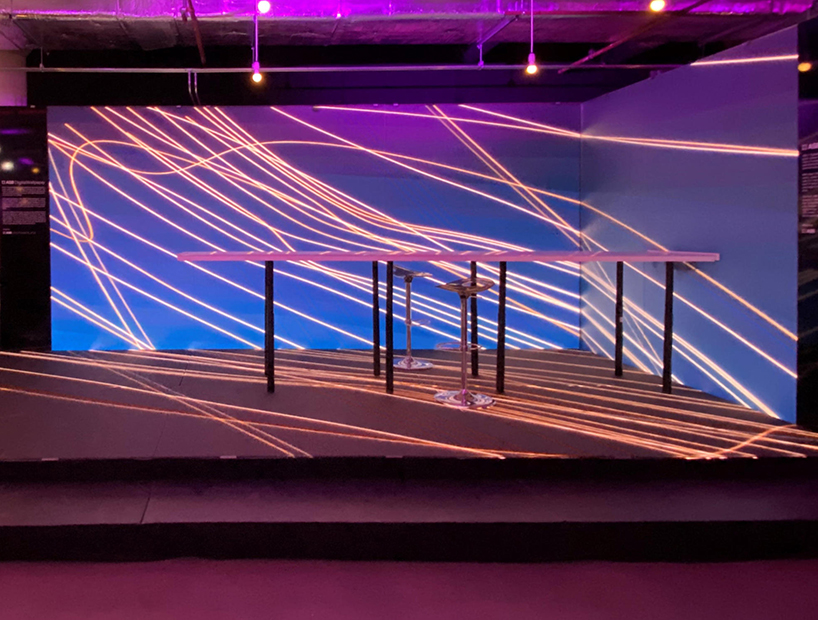 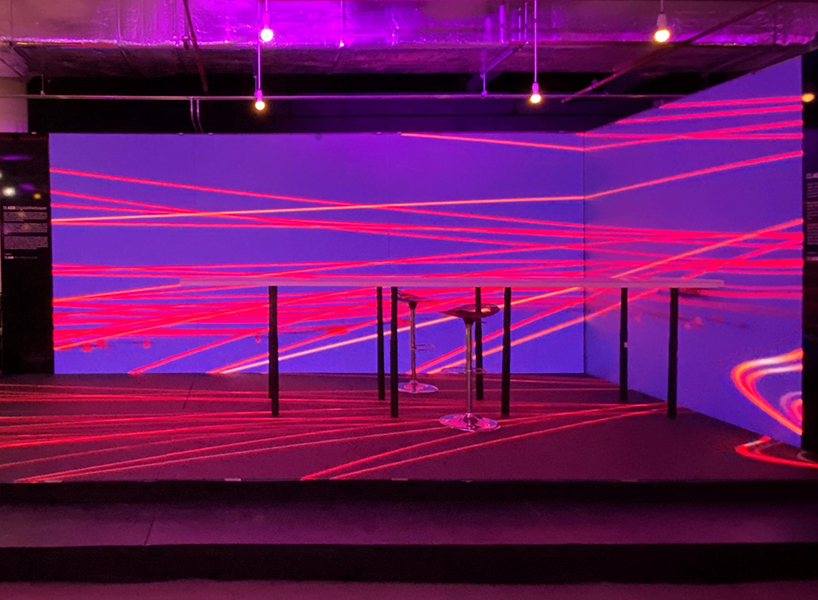 immersive experiences: impressive spatial effects can be achieved from a viewing angle of 180 degrees

in combination with the lumiflex LED floor, an entire room can be turned into a monitor – a virtual environment in which one can literally immerse themself.

whether narrative installations or extraordinary presentations, digital wallpaper offers architects and designers a huge scope for creativity. ‘we look forward to every single project, no matter how demanding it may seem,’ says babinsky. ‘if it’s technically feasible, we will make it happen.’

Jan 15, 2021
'the twins' by DELUTION are a pair of houses in indonesia with integrated vegetation
the architects planted trees in the corner of both houses, allowing them to protrude outside the envelopes of the two dwellings.
architecture
0 shares
connections: +2860