nashville’s music scene expands once again with the ‘ascend amphitheater’, a dynamic venue in the heart of the city. part of an 11-acre civic park alongside the cumberland river, the design is greatly influenced by the location and the area’s rich cultural history, especially in terms of performance. ‘ascend’ was completed in collaboration between three firms; smith gee studio (arch. of record), hodgetts + fung (principal), and hawkins partners (landscape). 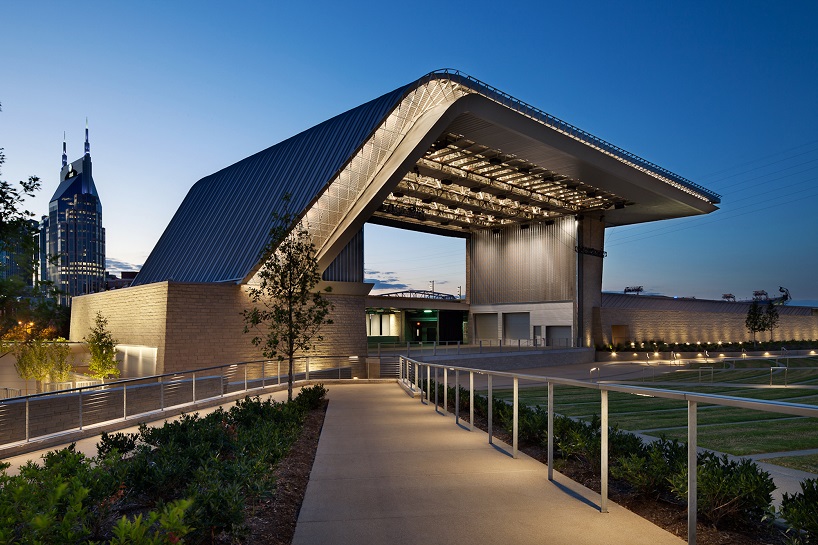 because use of the ‘amphitheater’ is seasonal, great care was taken to provide maximum views through the intervention. a lower roof line, and open-back stage, are both utilized in tandem to create sight lines. ‘ascend’ accommodates up to 6,500 people, with semi-fixed seats for 2,220, a greenway pavilion for 300, and 4,000 additional lawn seats. the venue is optimized for everything from symphony to country, and is supported with an artists’ wing, operator offices, and dining event space with park-side terrace. ‘ascend’ opened to great acclaim in july, 2015. 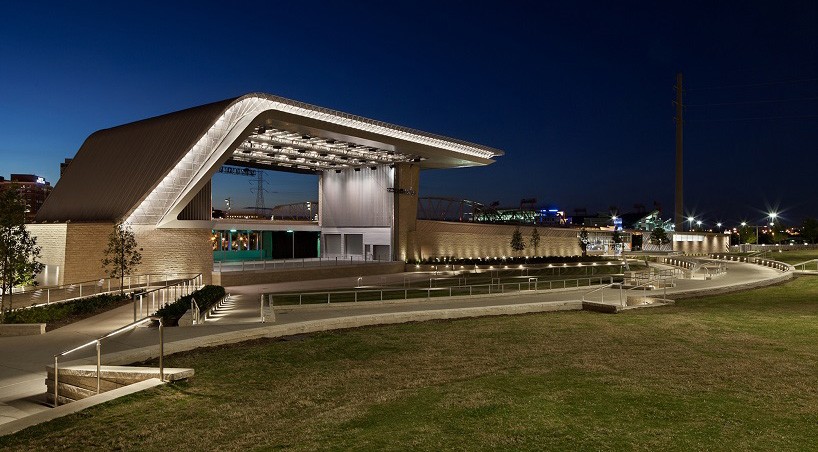 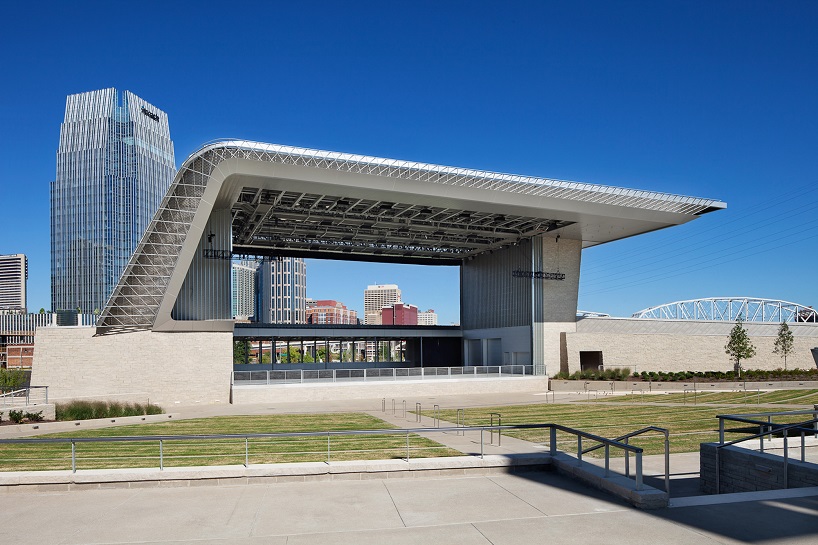 view of the nashville skyline through ‘ascend’ 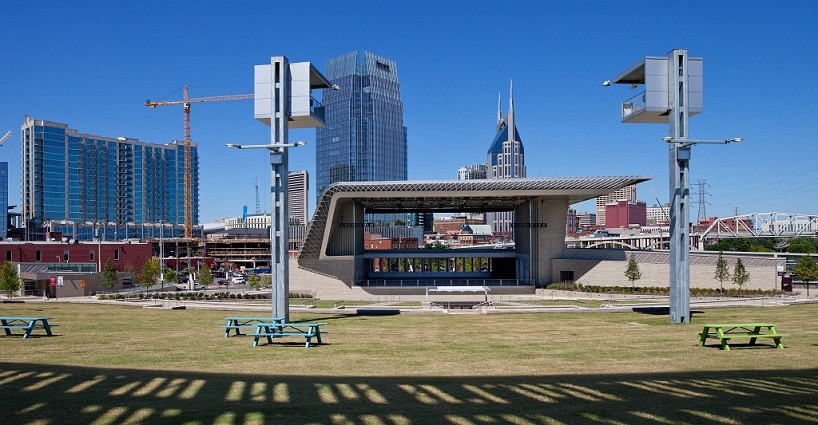 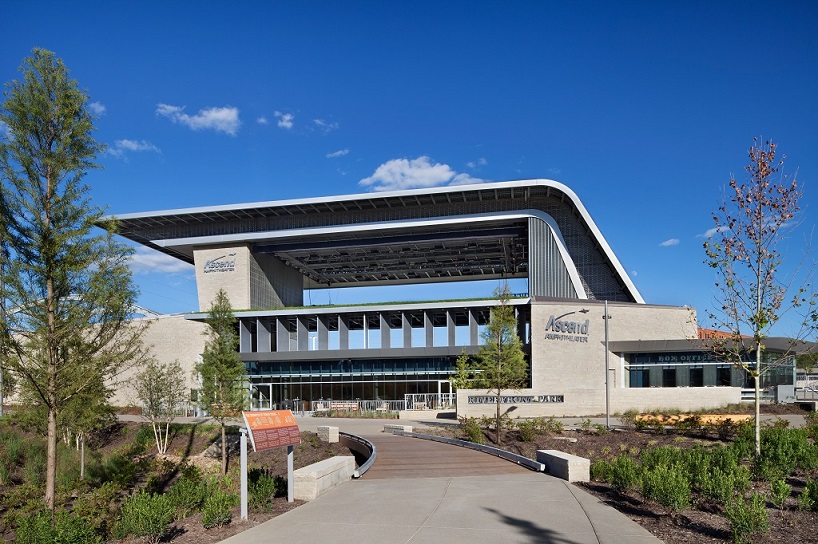 audience amenities are strategically placed in coordination with the landscape design 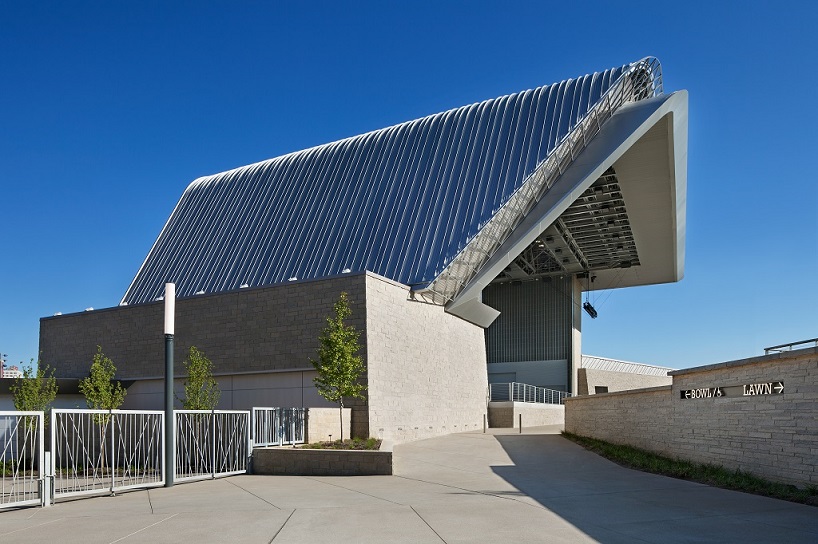 the ‘amphitheater’s’ motif is loosely drawn from a guitar amplifier 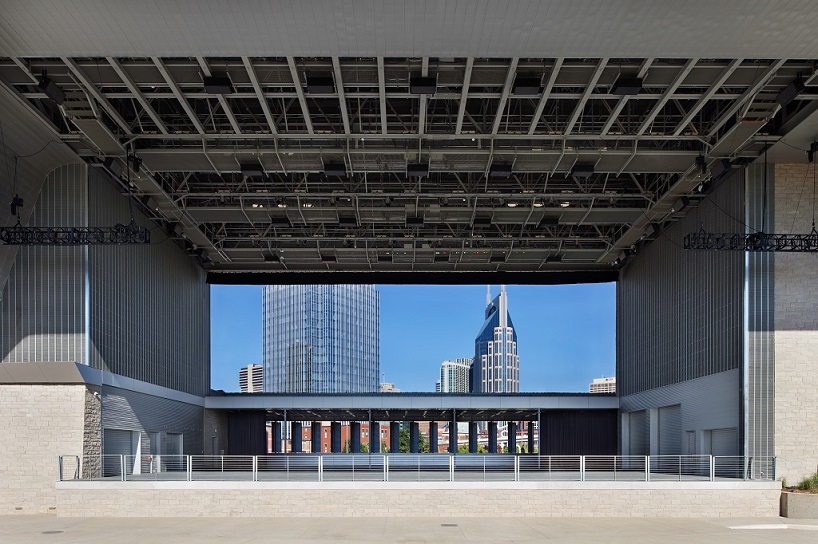 as a legacy project, the ‘amphitheater’ is one inextricably entwined with the city’s emerging civic identity 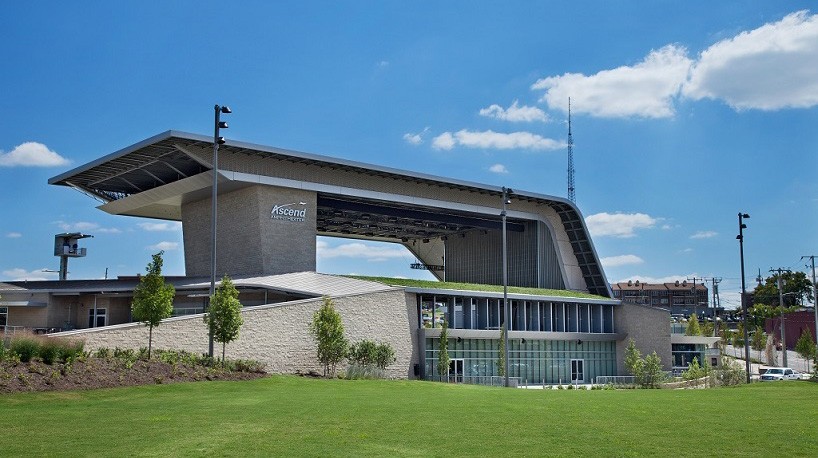 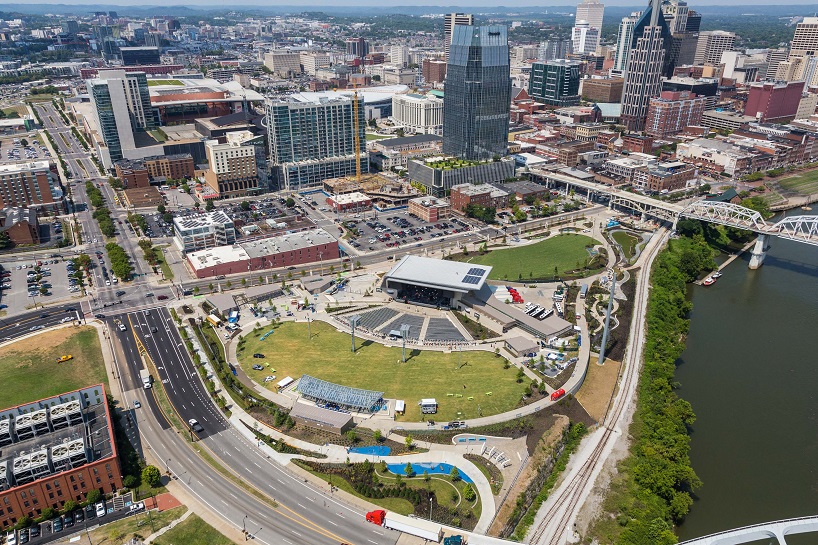 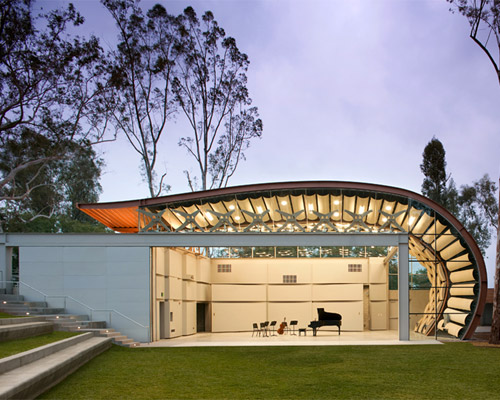 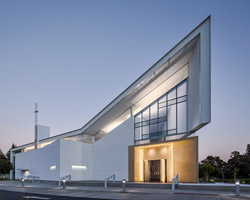