enlivening the surrounding cityscape of sejong, south korea the new ‘center for the performing arts’ by asymptote architecture reflects the city’s growing cultural depth. the center features a multitude of different performance facilities within the one building, similar to the local spirit of the city’s contemporary urban life. the strong, bulbous form offers a welcoming approach with two entrances cutting the geometric facade along a diagonal axis, helping to maximize pedestrian flow across the site. the surrounding landscaping accentuates these public openings and also redefines the surrounding cityscape. a large plaza located in front of the main entrance offers views into the building’s interior through a tall glass facade, which creates a theatrical interplay between performers and the public. referencing the curving structures of nearby temples, the building is a modern reinterpretation of classical sejong architecture.

swooping upwards from the main entrance is a pleated sculptural interior that leads people through the atrium into the theater’s main foyer. spaces and platforms for observation feature throughout, providing options to both observe and be a part of the action. alongside the theater’s regular functions, the center also consists of a restaurant, media lab, lecture theater and an art gallery. environmentally efficient in design the intricately patterned louvers not only perform a thermal role, they act as a dramatic backdrop. 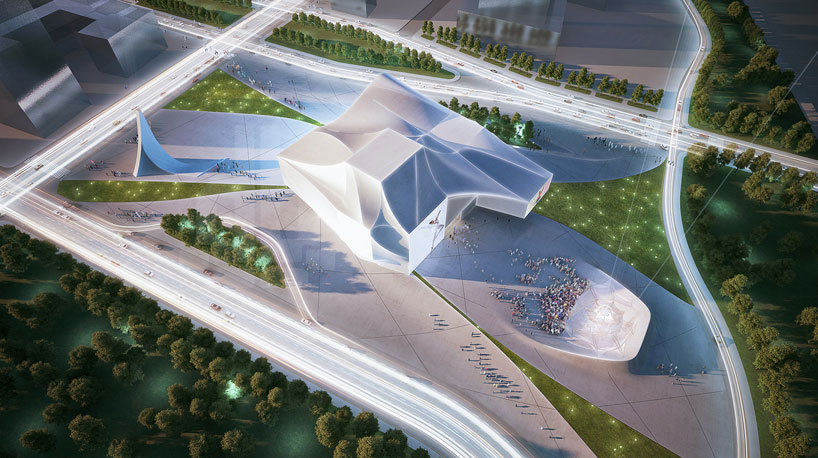 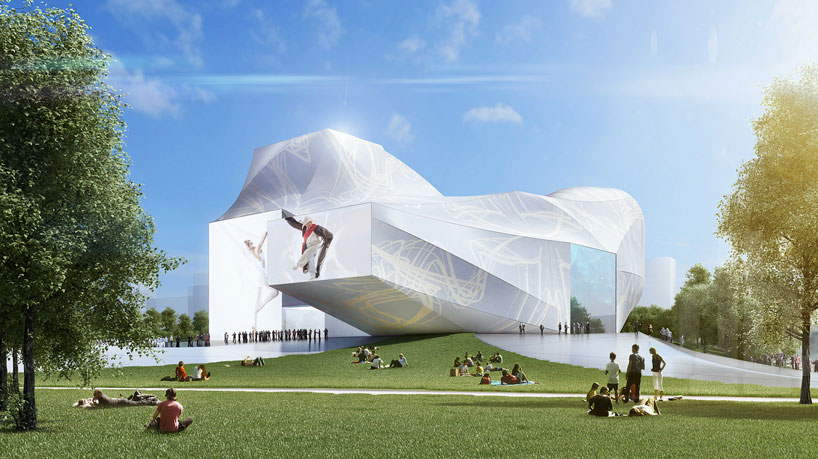 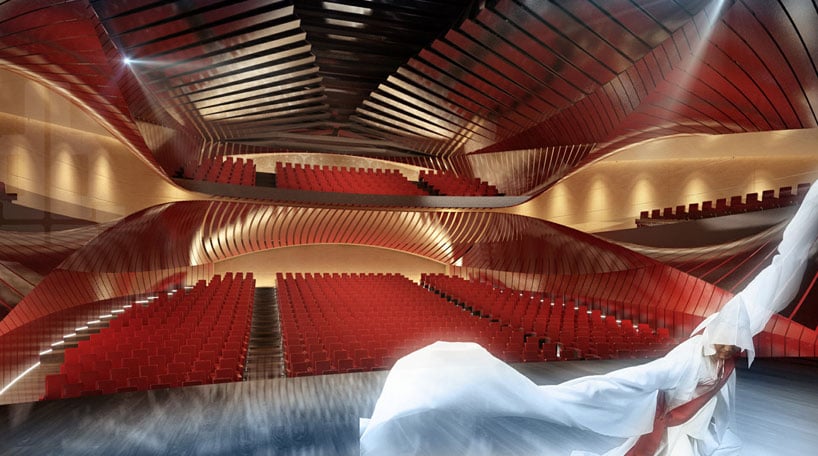 a pleated sculptural interior provides a dramatic backdrop for performances 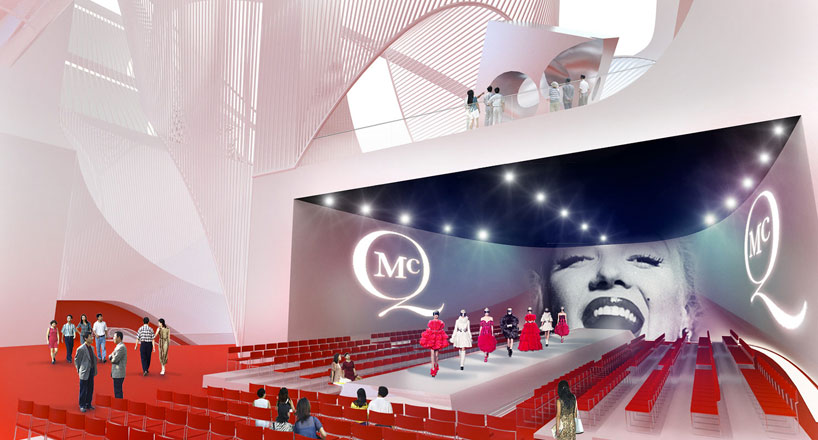 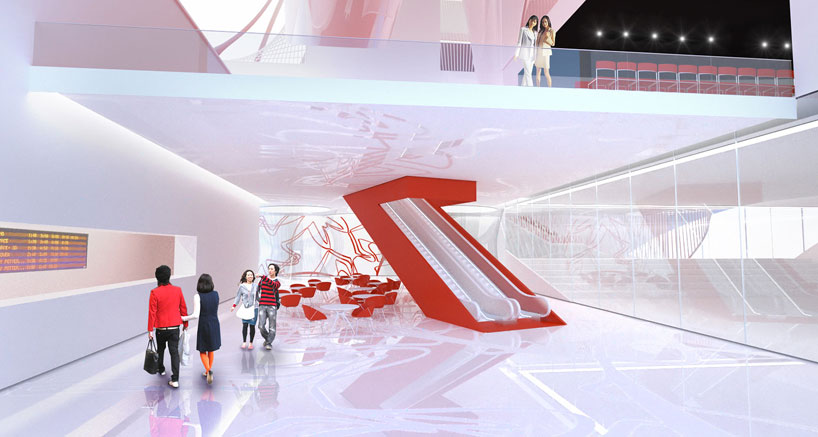 alongside the theater’s regular functions there also consists a restaurant, media lab, lecture theater and an art gallery 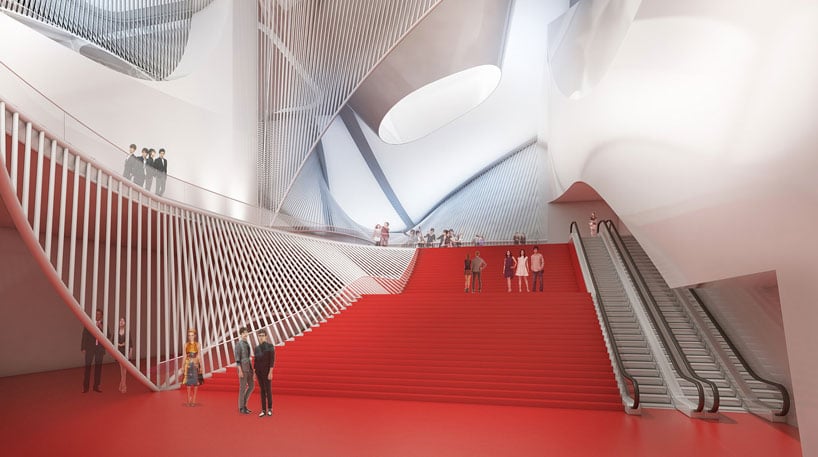 two entrances cutting the geometric facade along a diagonal axis 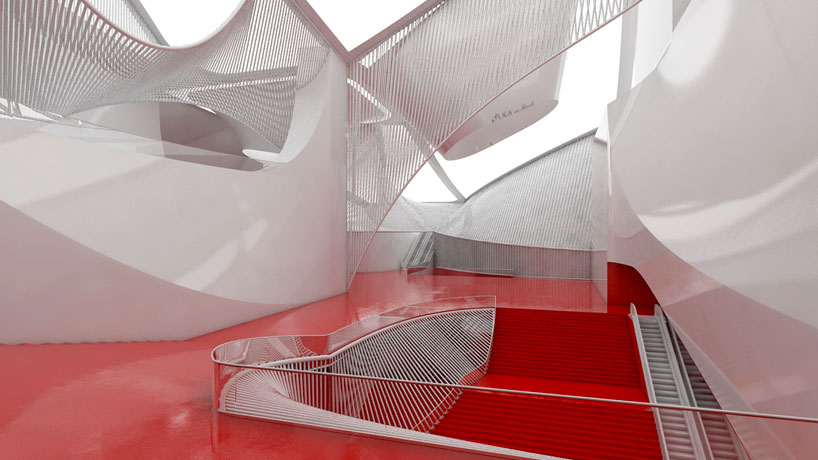 circulation through the building 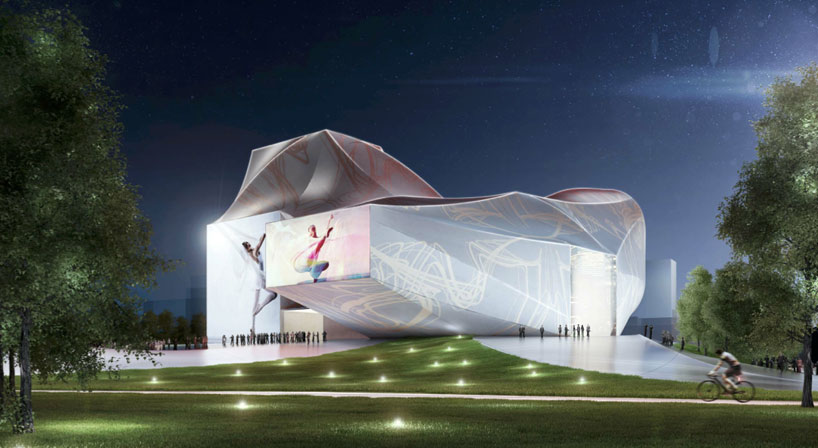 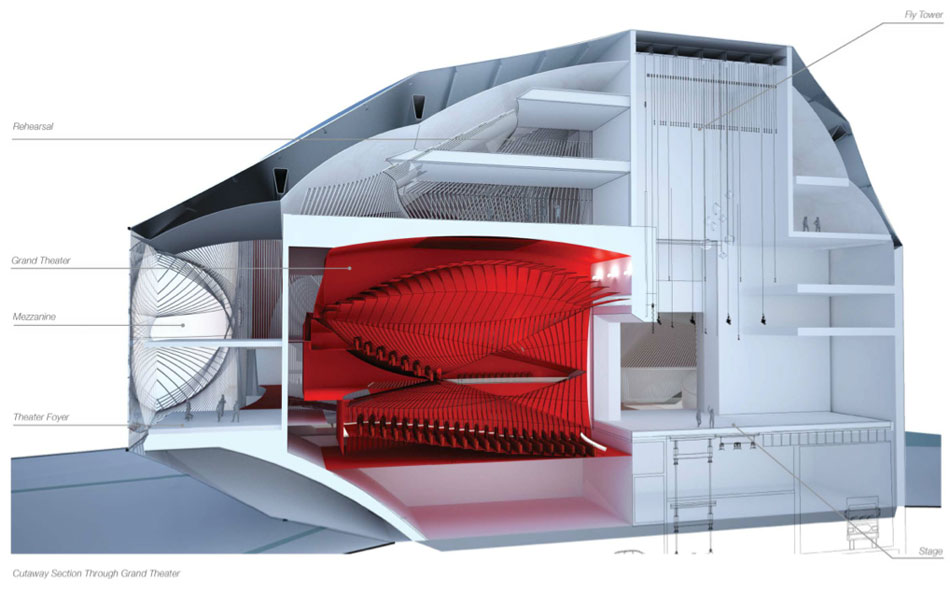 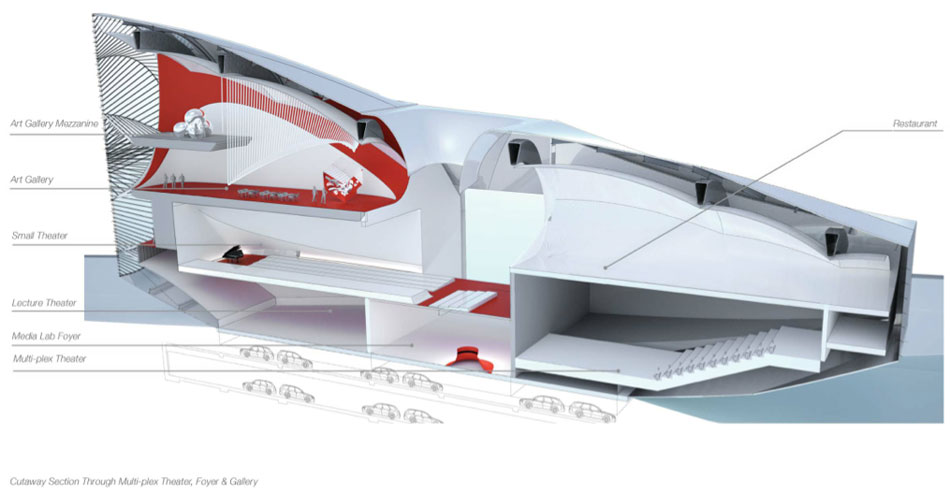 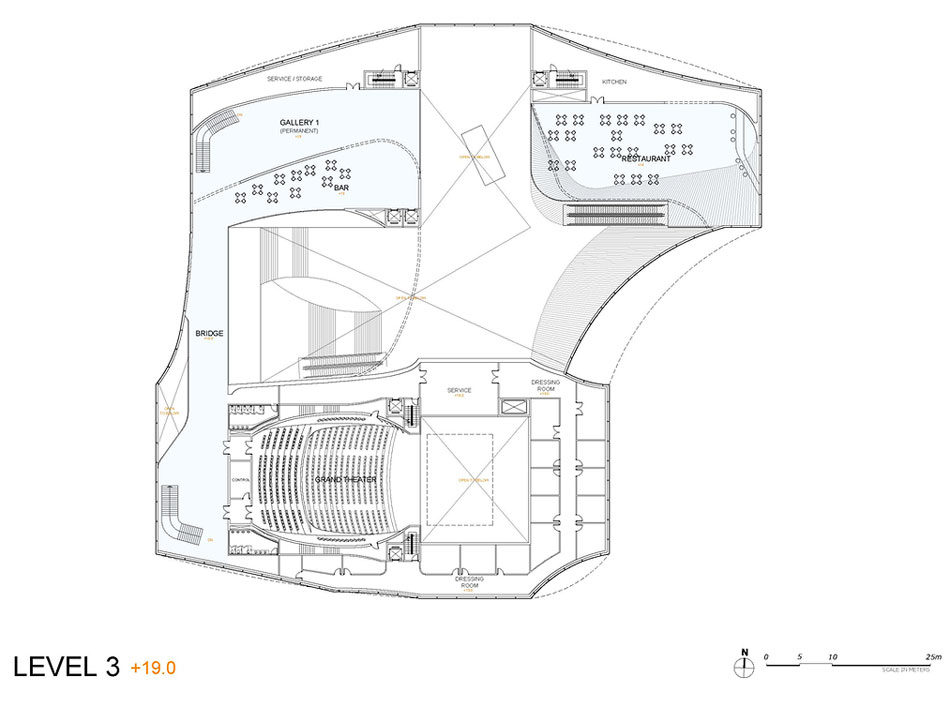 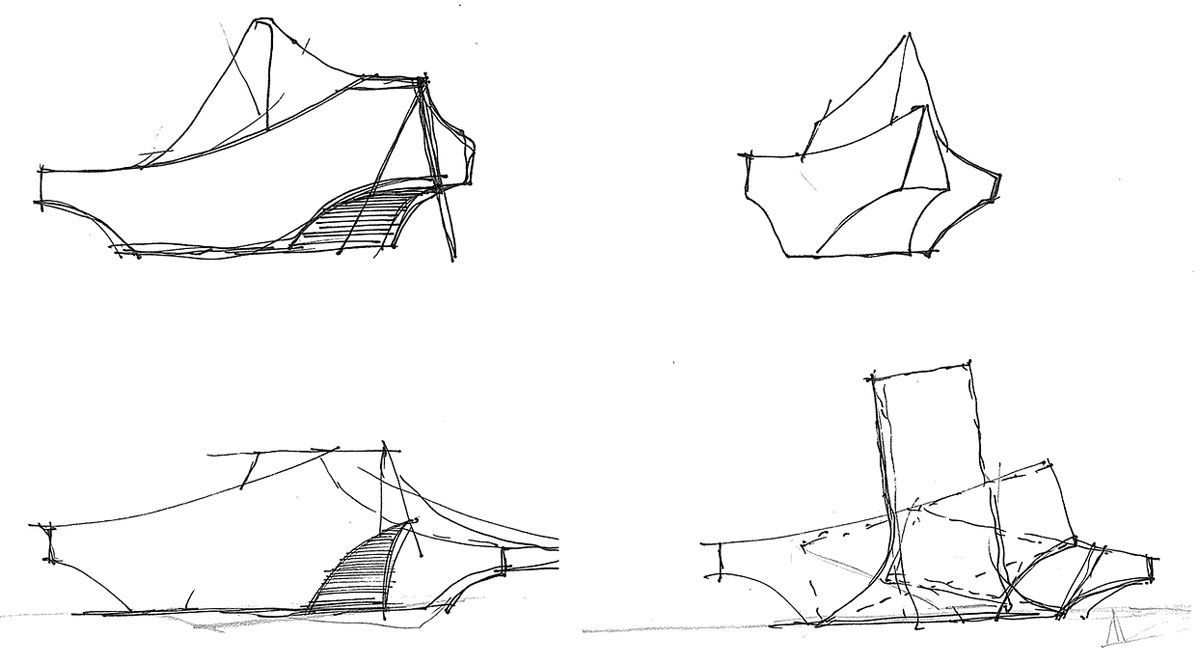 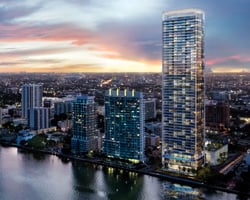 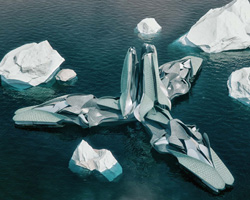 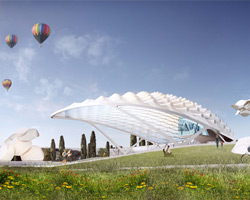 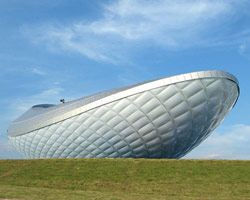 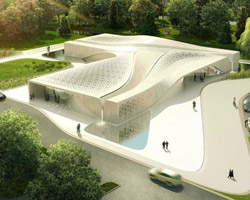