designed by atelier [email protected], ‘uncommon store’ is a shop in seoul, south korea, that imagines the future of retail. geared towards younger consumers who are familiar with unmanned payment systems from an early age, the store employs no staff and doesn’t accept cards or cash, only QR codes. 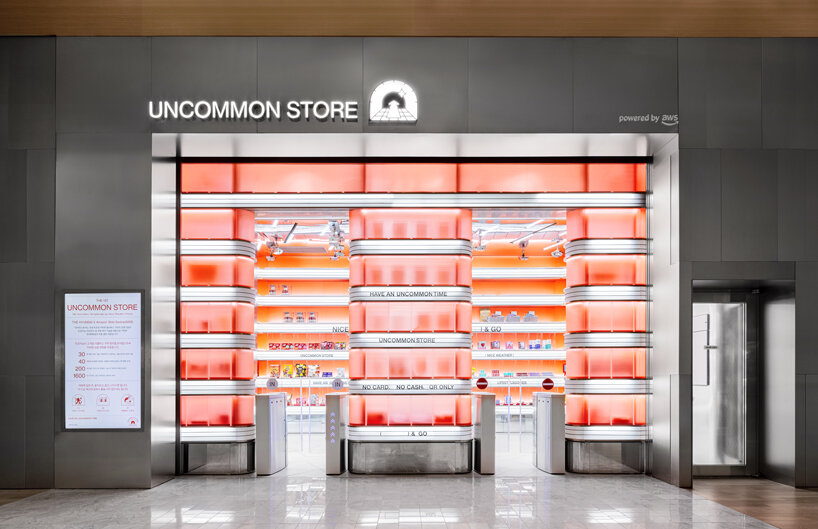 uncommon store was realized by atelier [email protected] in collaboration with hyundai department store group. the korean retail conglomerate wants to be the forerunner in a future shopping environment by launching the largest department store in yeouido, the financial hub of seoul. with this in mind, uncommon store was designed to create a new shopping experience through the means of technology. 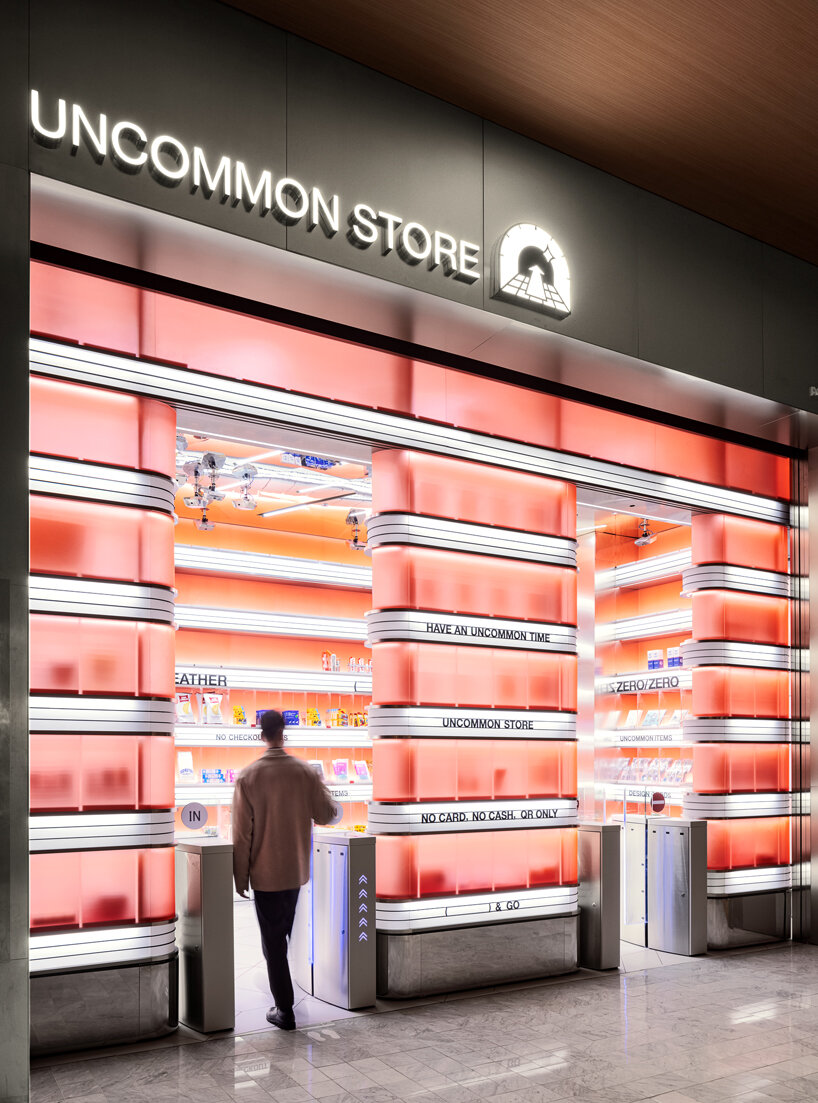 the store is realized as a completely contactless, or ‘untact’, experience from collaborations between AWS (amazon web service) and hyundai group. to enter, shoppers scan a QR code at the entrance barrier, which unleashes a customized experience based on stored data. 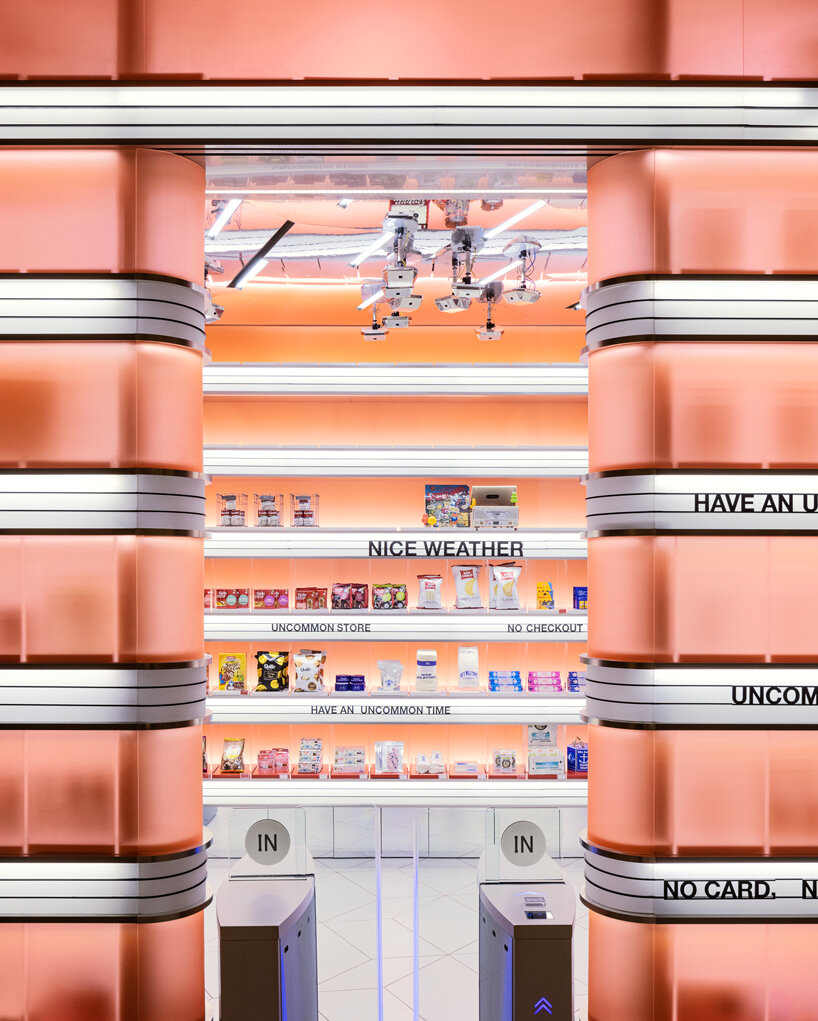 the entire space is a single computer. technological devices, such as a cloud system and internet hyper-connections, ICT, AI complex sensors, and machine learning techniques, are integrated with the physical space. furthermore, the internet of things (IoT) forms a two-way communication between the space and its users. this aids in storing and reloading customer’s habits of consumption. 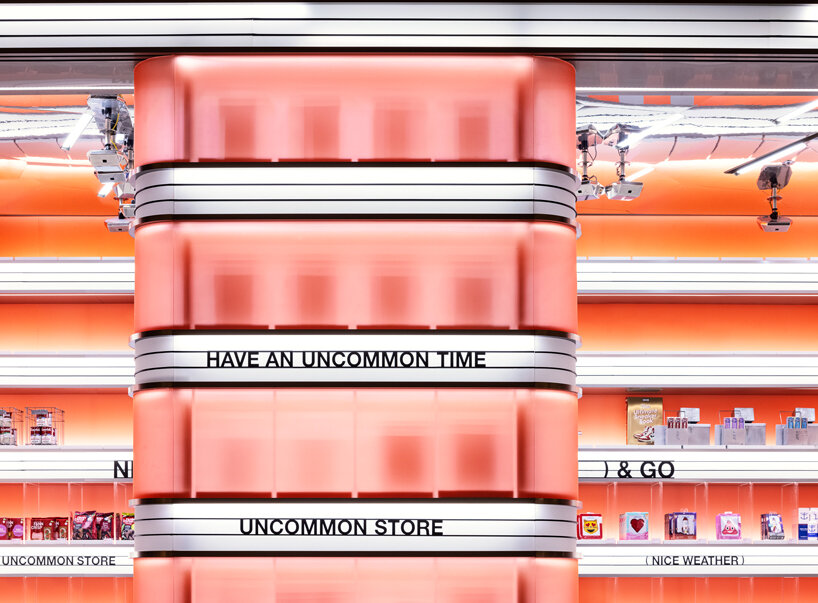 for the interior design, atelier [email protected] sought to seamlessly integrate the technological innovations into the space. the goal was to achieve a retro-futuristic aesthetic while setting it apart from other future-oriented stores which attempt to recapture the retro design boom, through a clear design language. 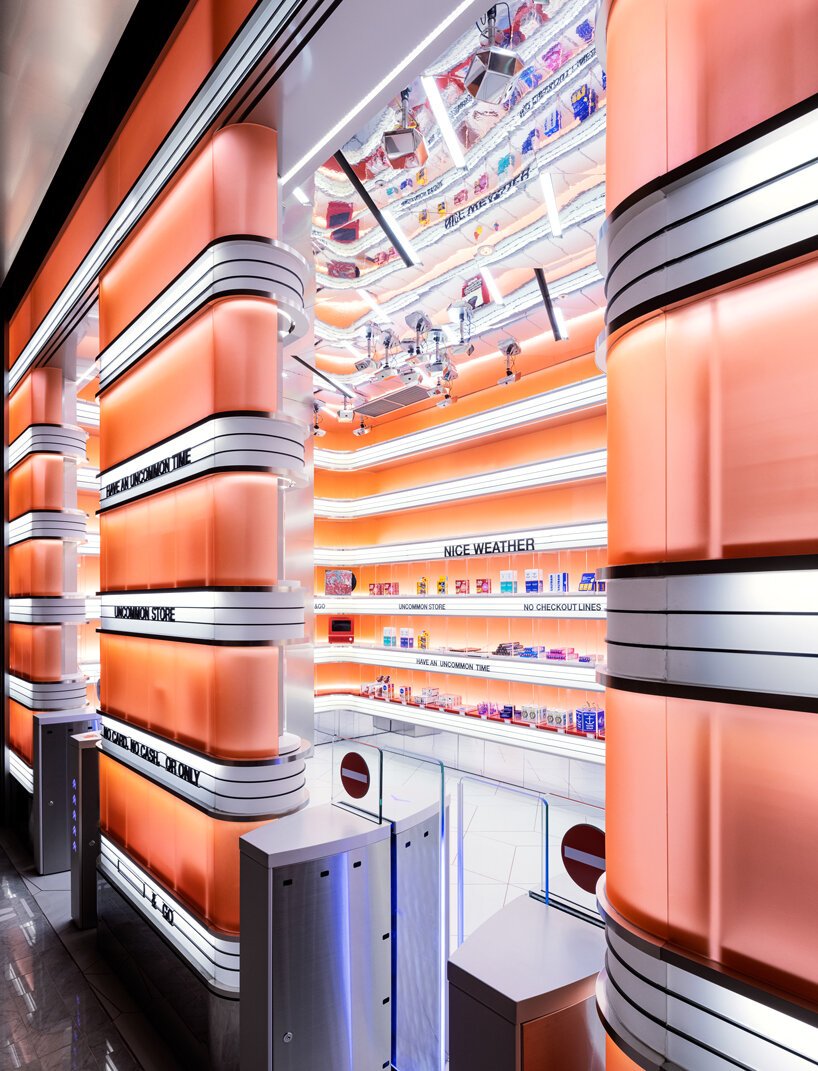 the spatial organization began with a series of oval bands packaging the interior space. the symbolic shape of the strap is inspired by neon straps from the 1960s that were commonly found outside retro movie theaters. they are evident in shelves that display goods; they organize as well as act as mechanical devices that regulate all unmanned systems. these straps, furthermore, serve as a single-light beacon that illuminates the entire space. 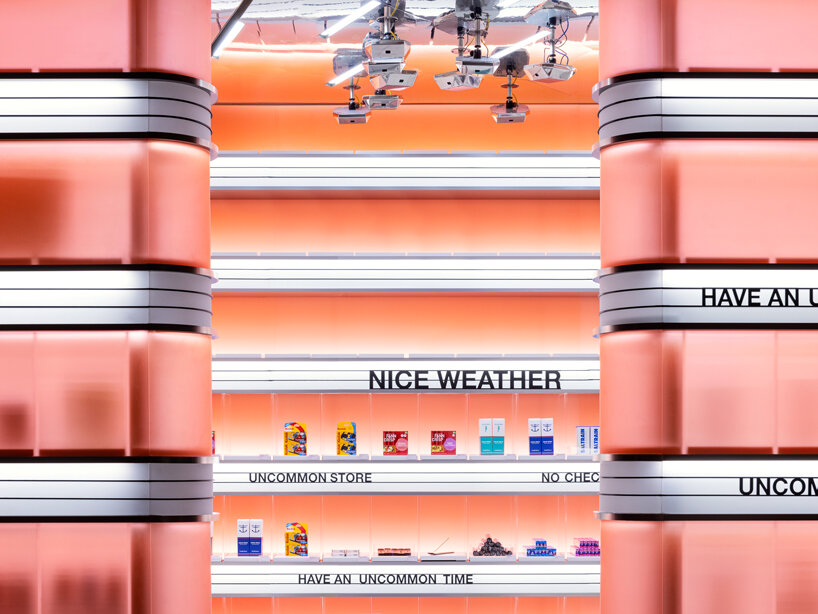 laminate surfaces on the patterned ceiling extend from the strap, enhancing the futuristic feeling. the compositions of the materials highlight the future-oriented ambiance: sets of industrialized materials such as metal, acrylic, retro color schemes. the color scheme includes two to three overlays of colors. the layering increases the visual depth of uncommon store. 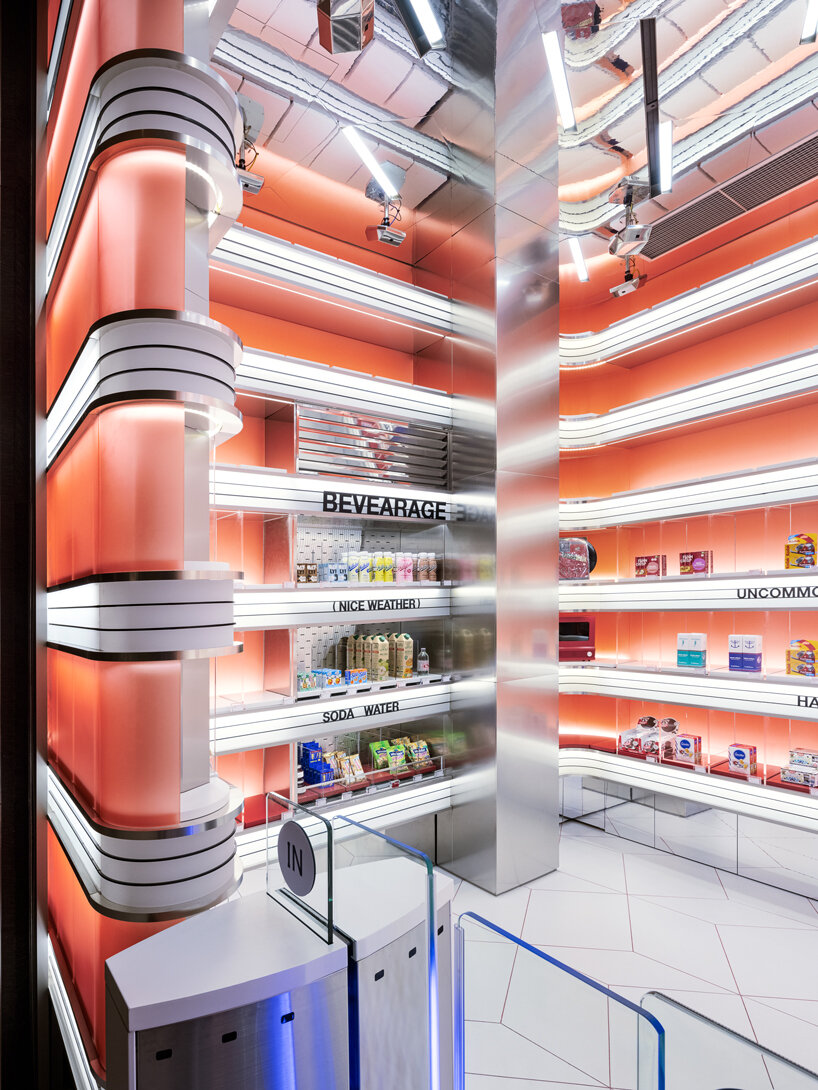 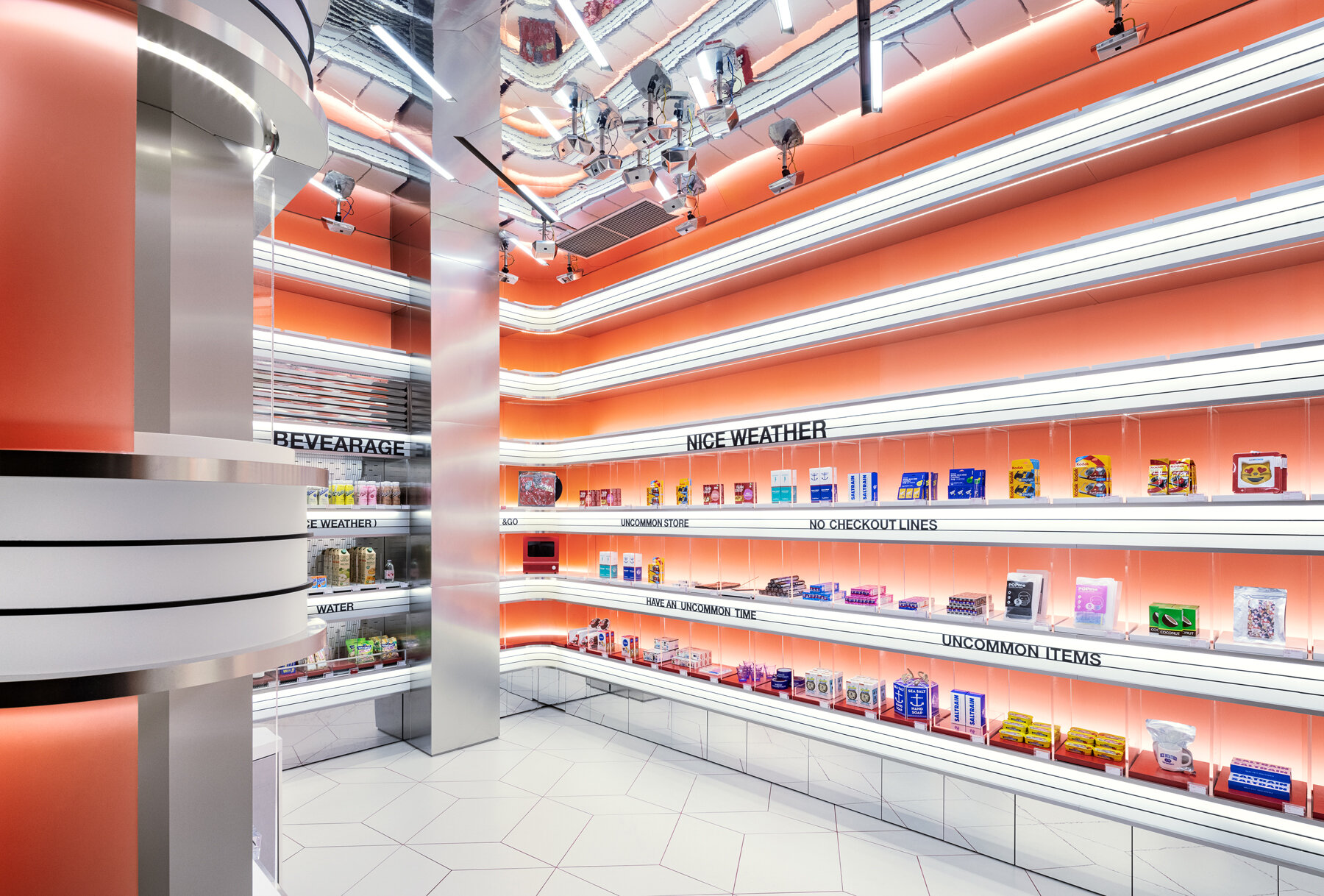 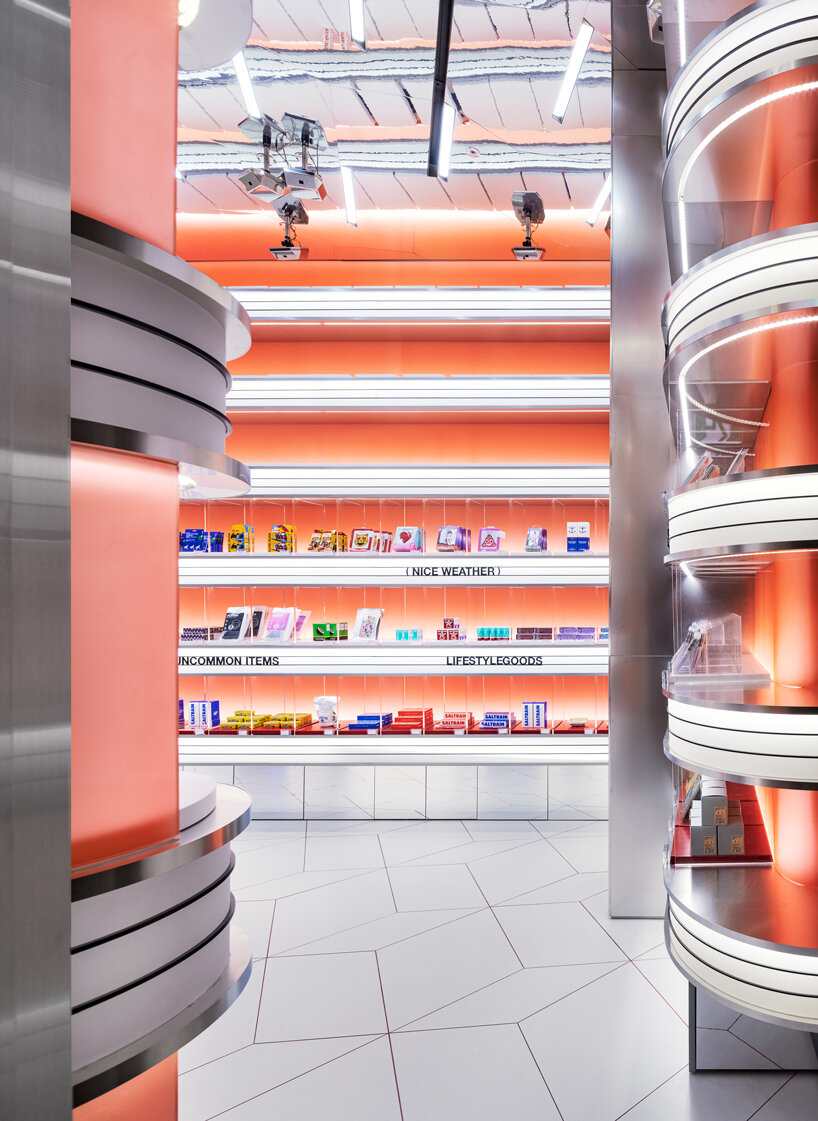 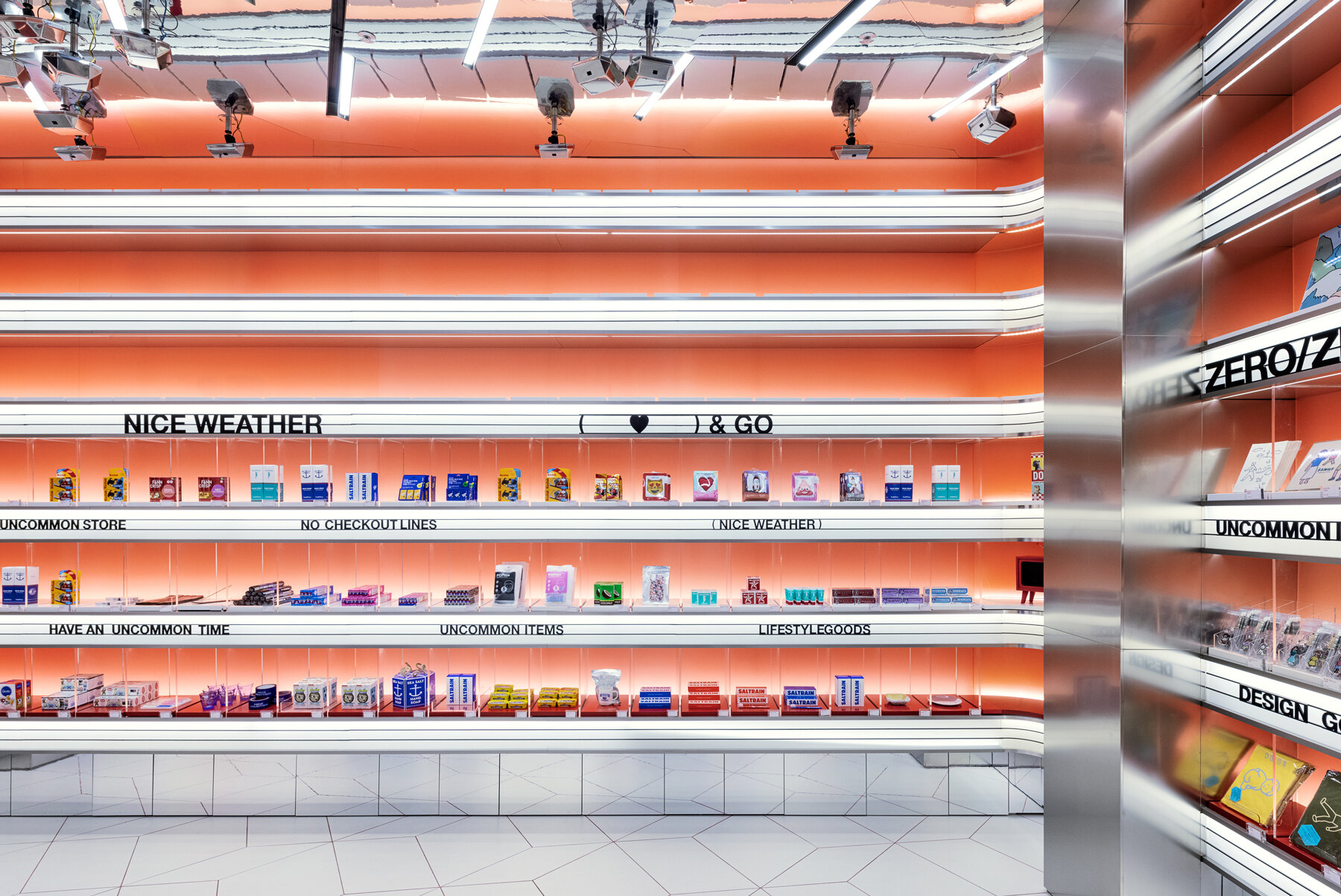 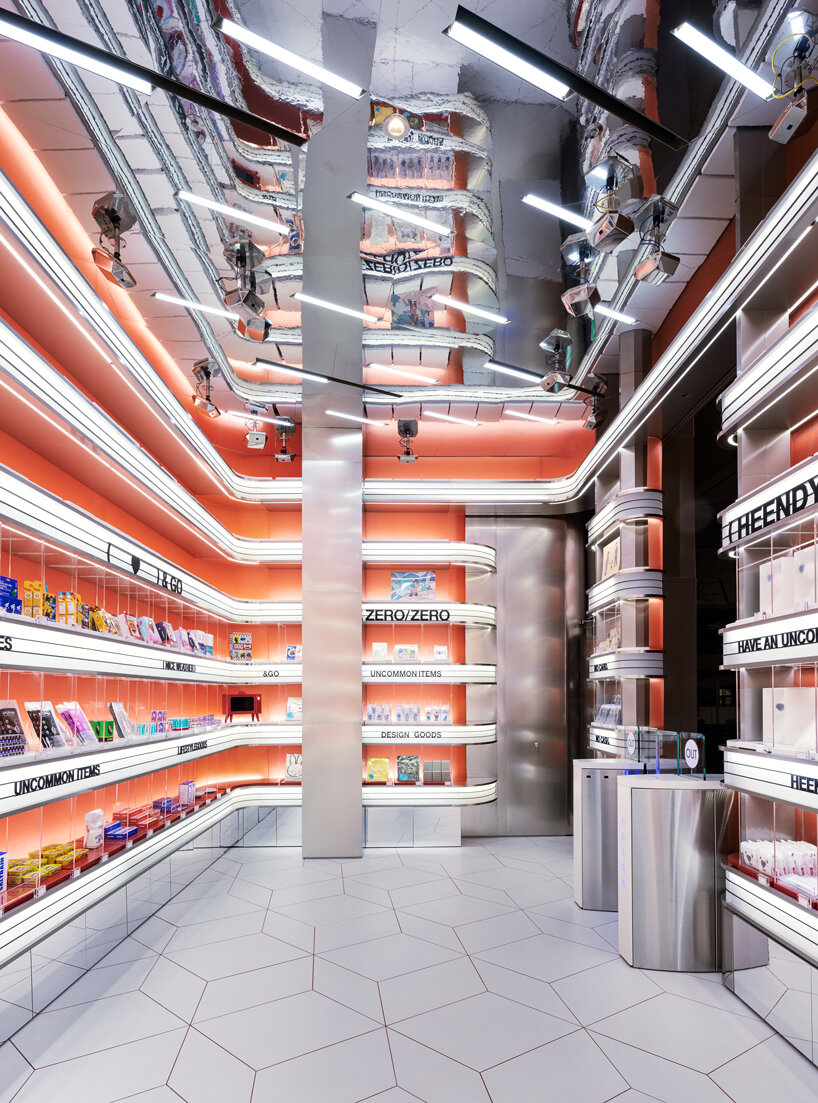 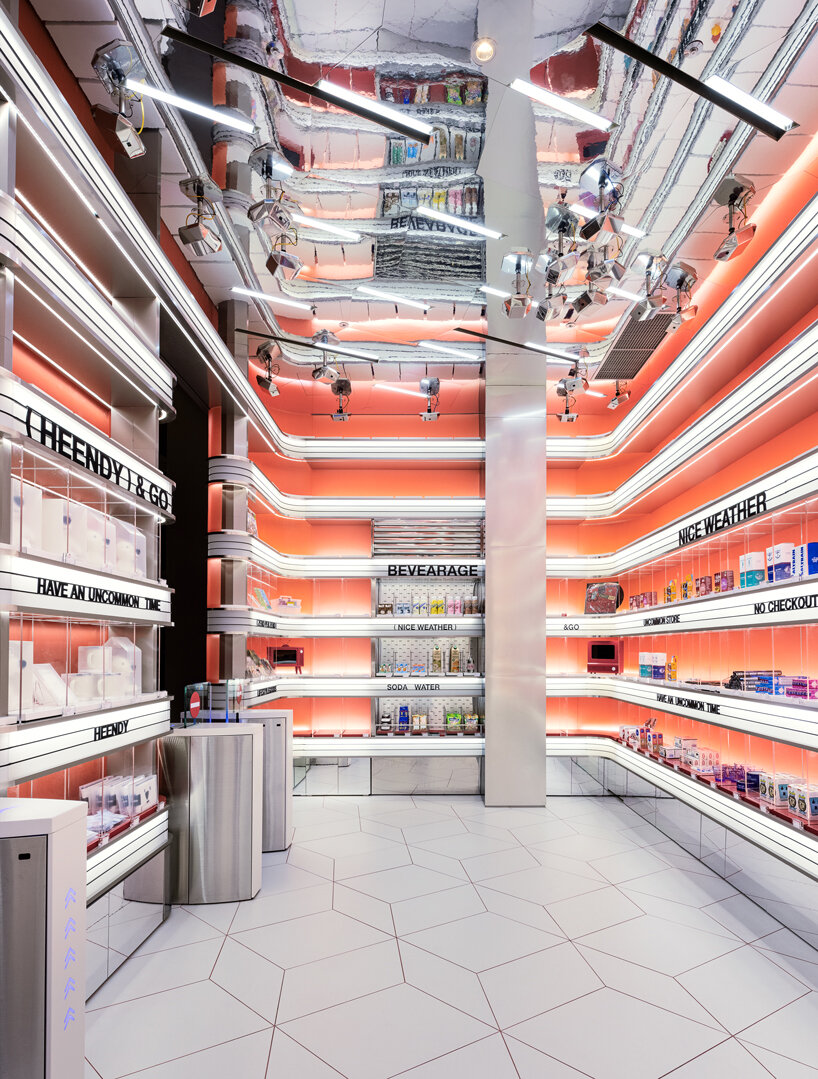 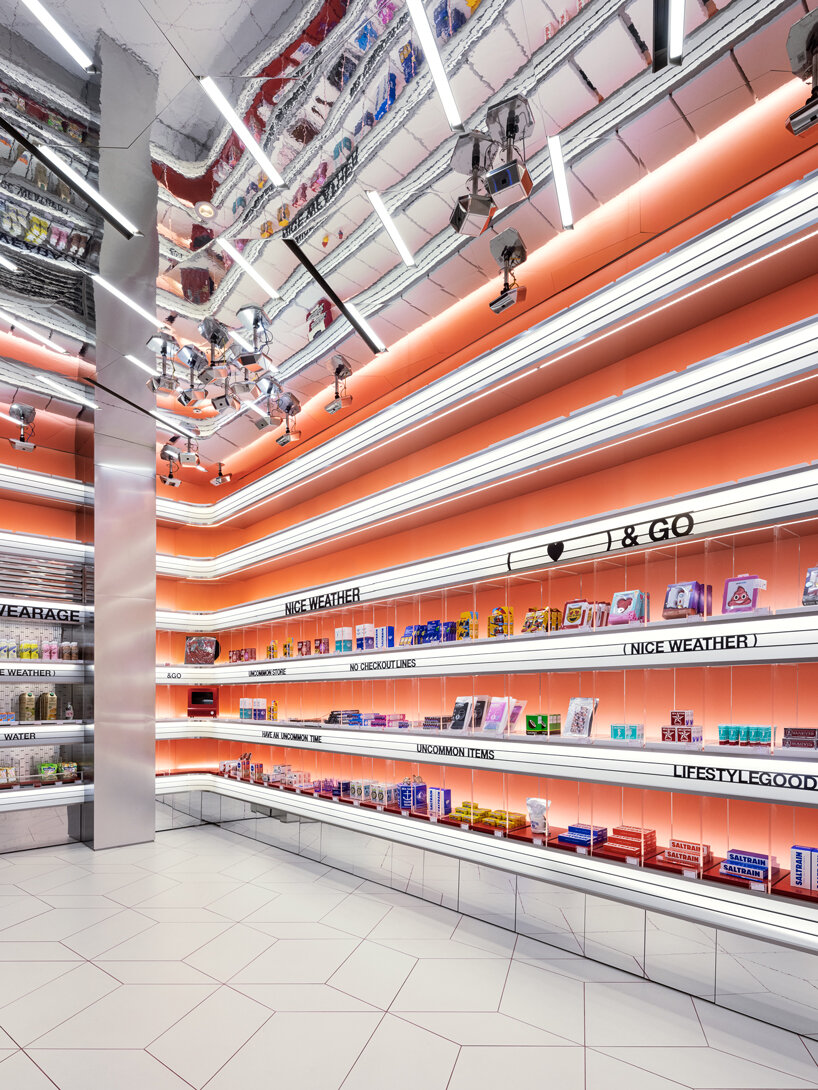 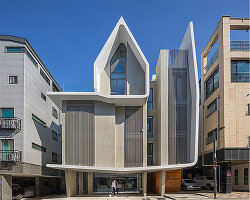 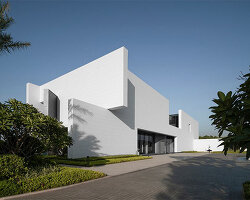 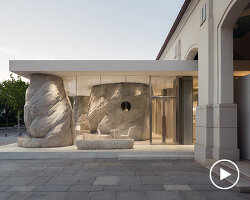 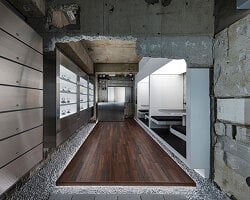