atelier bow-wow and didier faustino are among the most outstanding representatives of this generation of architects of the last decade who have emerged to bring a fresh look to the definitions of architecture hitherto established. their research on the living conditions in contemporary cities is artistically subversive and socially engaged. for the ‘magical house’, an exhibition held at the maison de la culture du japon in paris, the architects have chosen to work with a common material in a logic of cyclical production. this material – wood – used in the construction of the two architectures, is sourced in portugal, where didier fiuza faustino comes from, and will be returned at the end of the show for a second life. the two houses, rebuilt in the middle of a forest, will be accessible to all. although the architects have decided to work with this same material, the cells they present offer visitors two complementary visions. 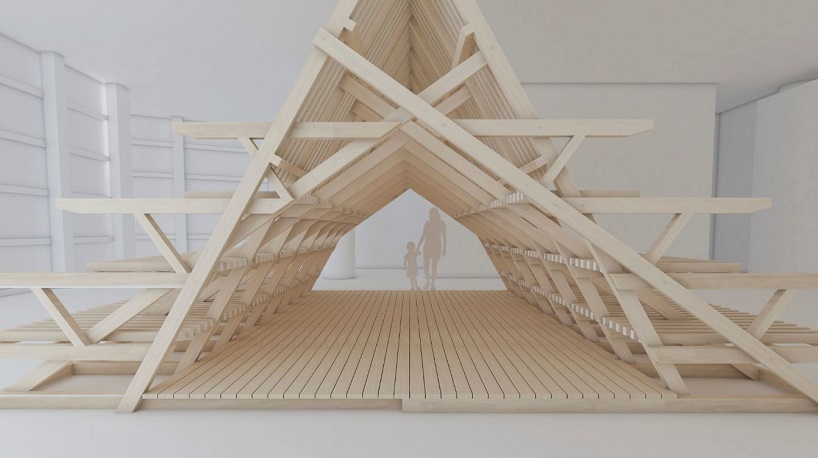 sourced from portugal, at the end of the show the wood will be returned for a second life
image © atelier bow-wow

for this collaboration, didier fiuza faustino designed a polyhedron with rounded edges. closed on the outside by translucent walls, balancing on one of its sides, the hermetically sealed structure is like a refuge, a cell in which one might protect oneself from a hostile environment. you could close yourself inside in order to open up to other areas, to travel elsewhere, even within oneself. this cabin might also be a childhood memory, a space shuttle in which we imagine traveling through the cosmos. 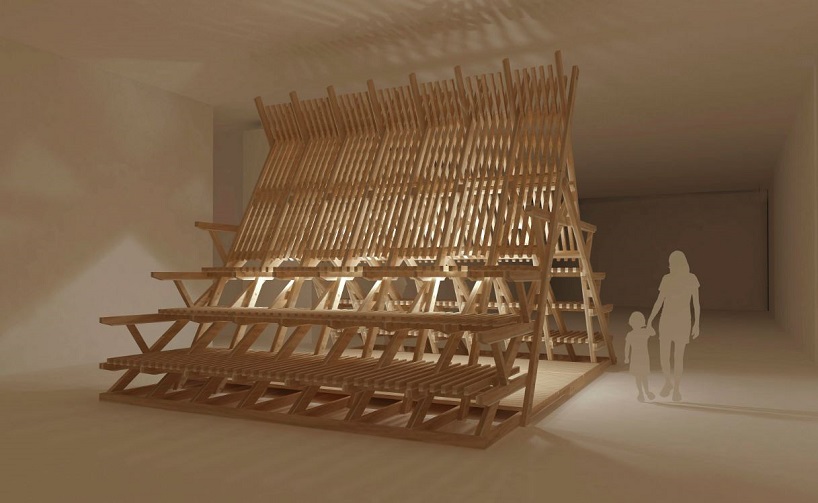 alongside this sensitive, intimate installation, atelier bow-wow has made the generous offer of a roof-shaped structure the public can enter under to take shelter, or sit upon, making it a place of exchange and conviviality. both opaque and transparent, this structure reminds us as much of the slatted façades of traditional japanese townhouses, or machiya, as it does of the roofs of the first shinto shrines. visitors are invited to experience both architectures plunged into a darkness inhabited by a shadow play of light, and of sound and silence, creating a poetic atmosphere inspired by in praise of shadows, the masterpiece by the writer junichiro tanizaki, and the concept of the ‘uncanny’ described by sigmund freud. 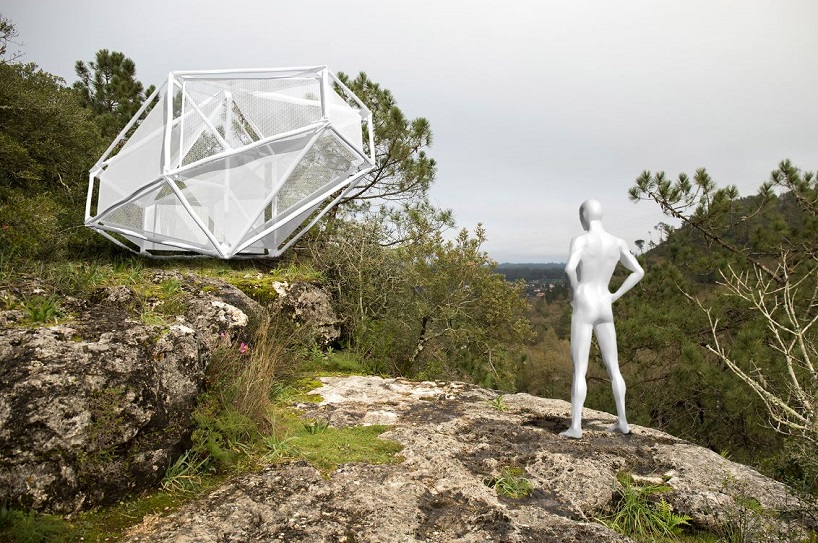 though the exhibition invites poetic meanderings, it also makes it possible to rethink current urban issues, the problems of space, but also to question the relationship between individuals and their privacy. it will be conducive to the organization of workshops and meetings and is curated by hou hanru, the artistic director of the national museum of XXI century arts – MAXXI rome. 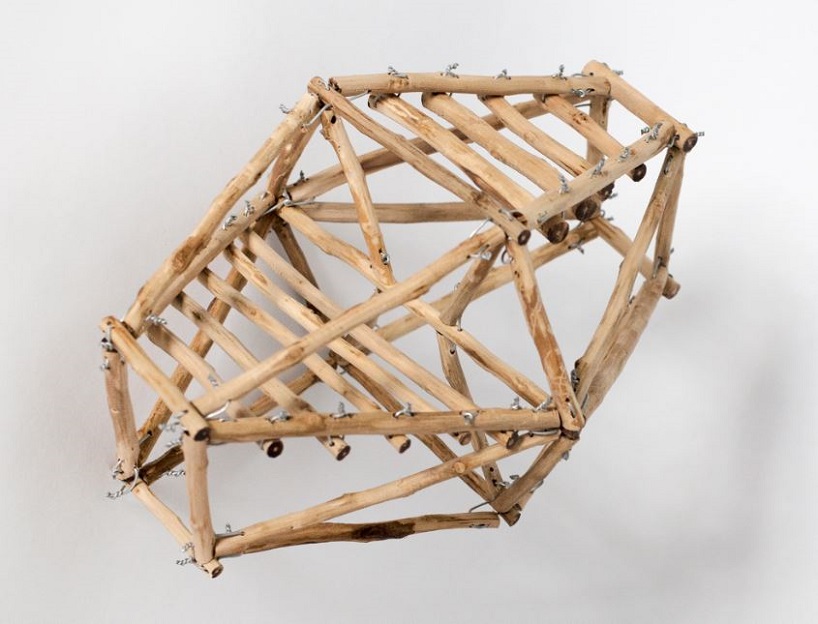 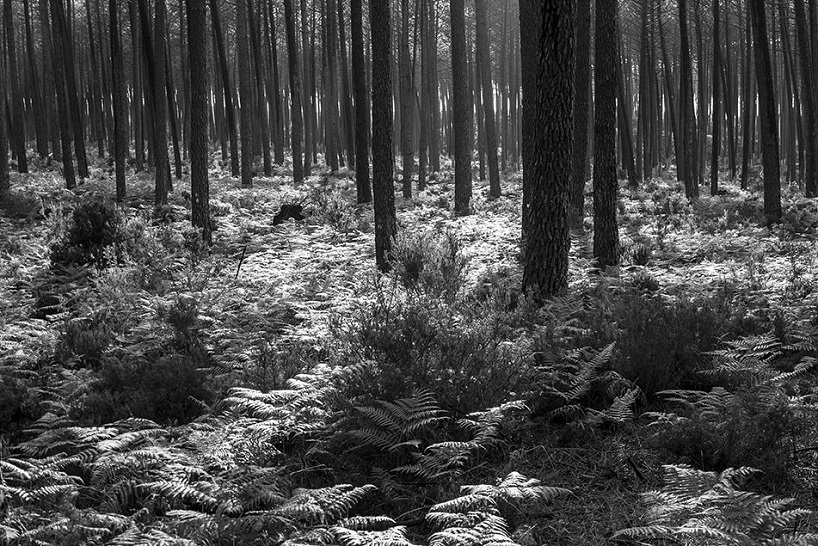 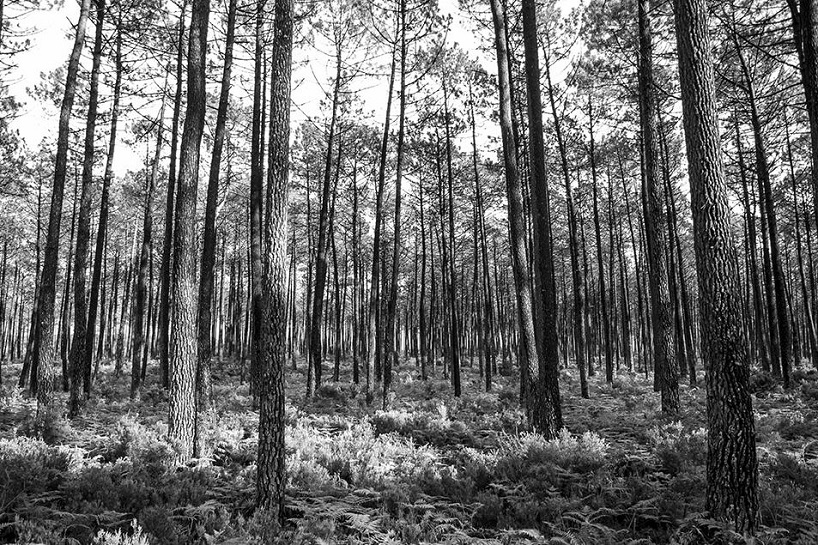 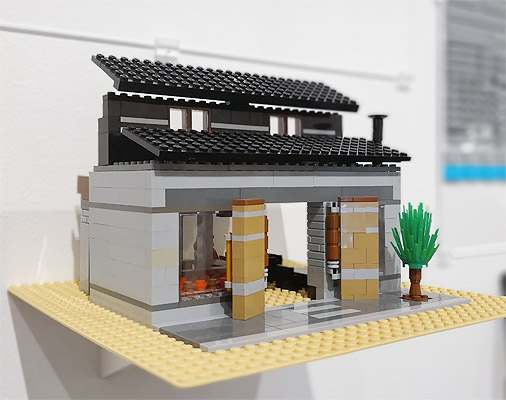 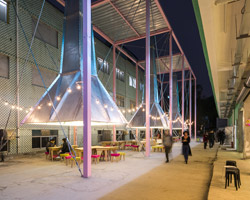 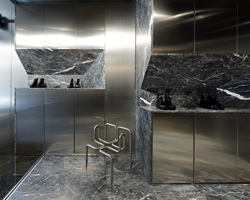 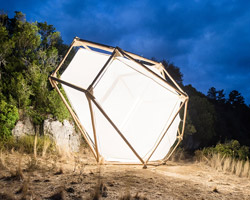 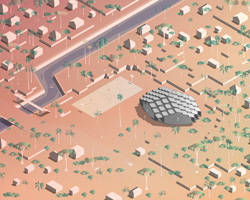 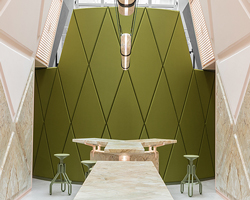 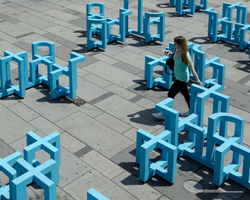