rotterdam-based practice atelier kempe thill has completed ‘de hood’, a two-storey youth and neighbourhood centre in amsterdam-osdorp, the netherlands. developed as a part of a large urban renewal project in the city, the new facility is marked by two opposite spatial concepts – ‘transparent’ and ‘hermatic’ – that can be clearly read from its exterior faces. 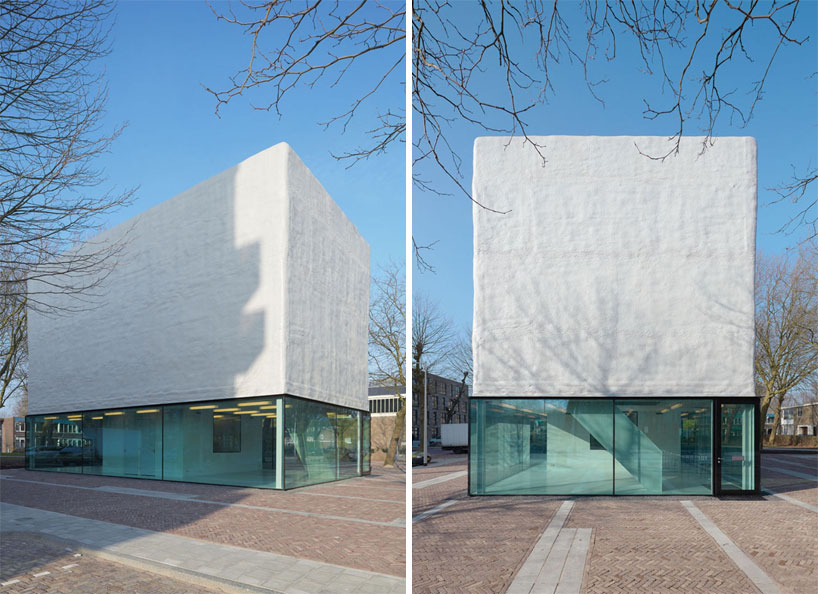 situated on an open area populated by many old trees, the ground floor aims to transfer the qualities of the natural elements to its interior. all four sides of the level is lined by floor-to-ceiling glazing, generously opening up the small space to the outside in an open dialogue. the activities of the building is made transparent, resulting in a lobby that serves as a ‘public living room’ for the neighbourhood. 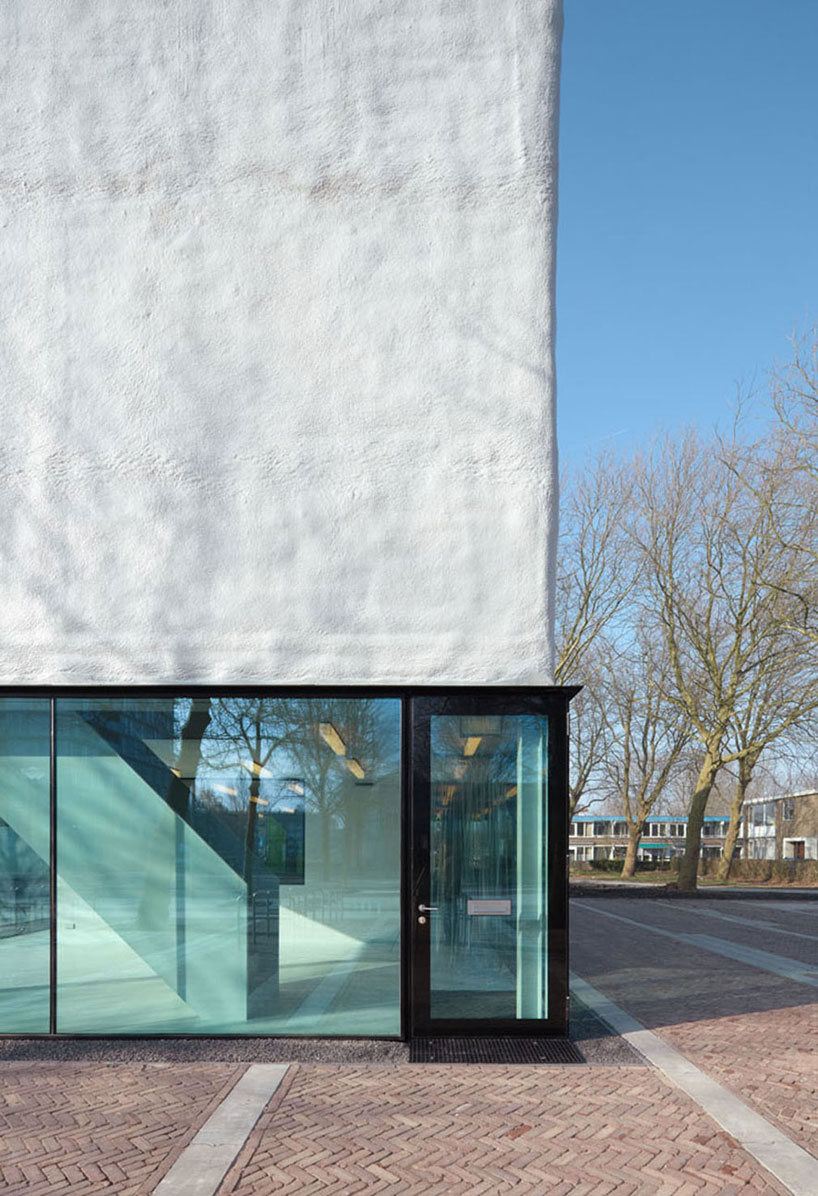 view in to the ground floor

the upper floor of the facility accommodates the community hall, and is realized as an introspective space with no side-facing windows. multi-functional and neutral in its appearance, the space features a generous ceiling height with two skylights that fully illuminate the interior. the surfaces are finished in shades of white and grey in order to maximize the natural daylighting effect while maintaining its programmatic flexibility. the exterior of this upper volume is coated with a polyurethane spray that serves as insulation to the sand-lime brick underneath. the rough texture also lends a distinct identity to the center. 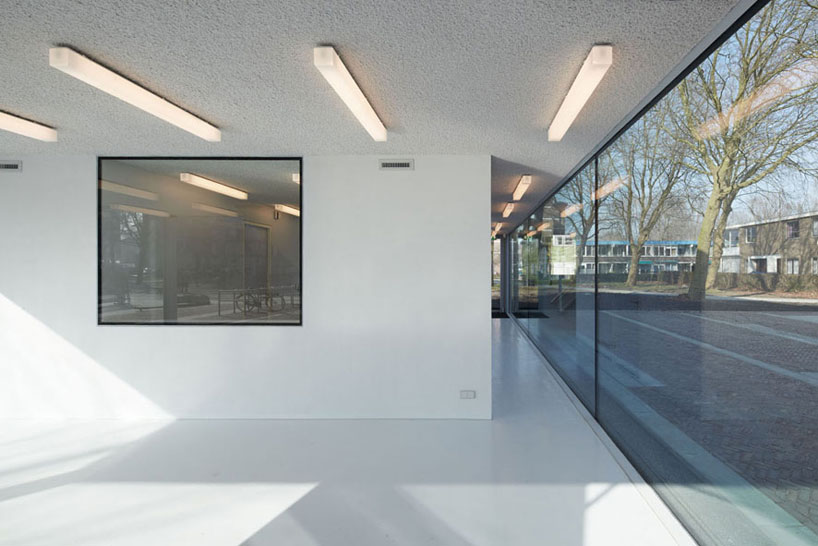 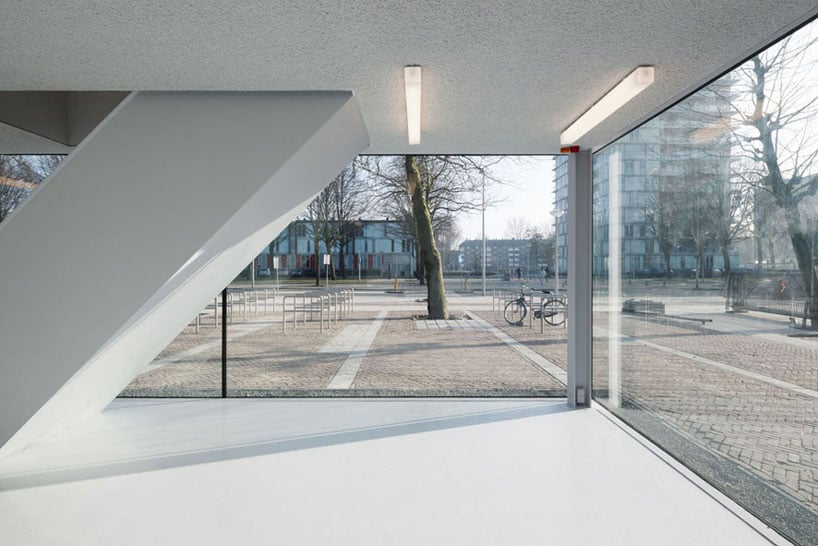 view out from the lobby 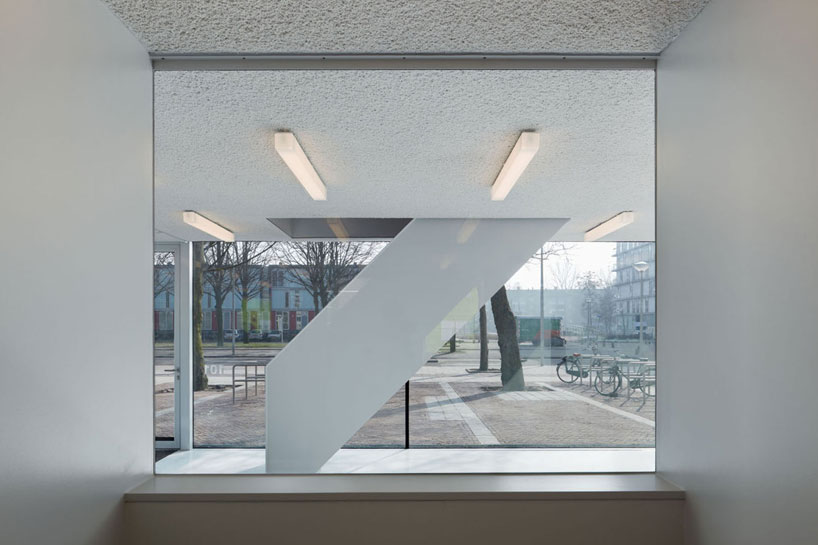 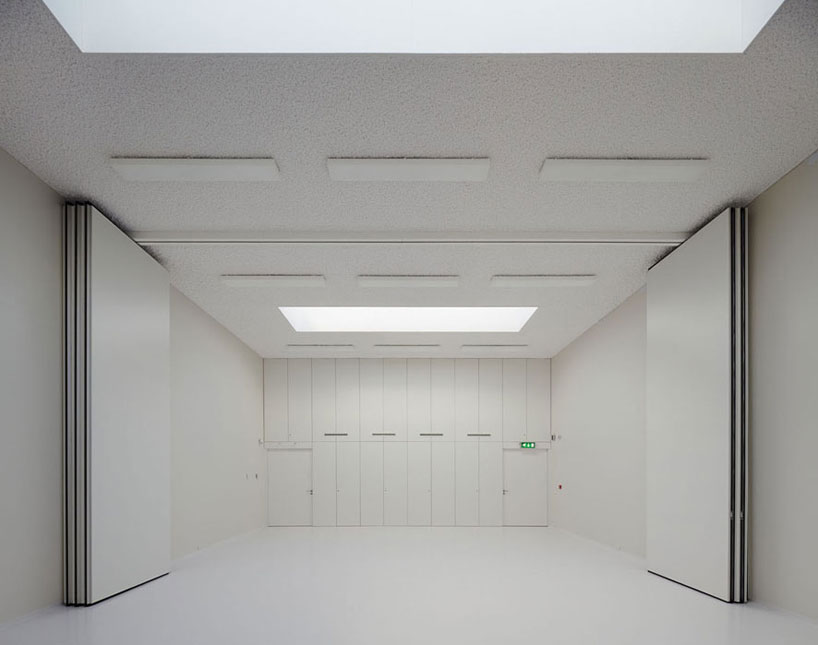 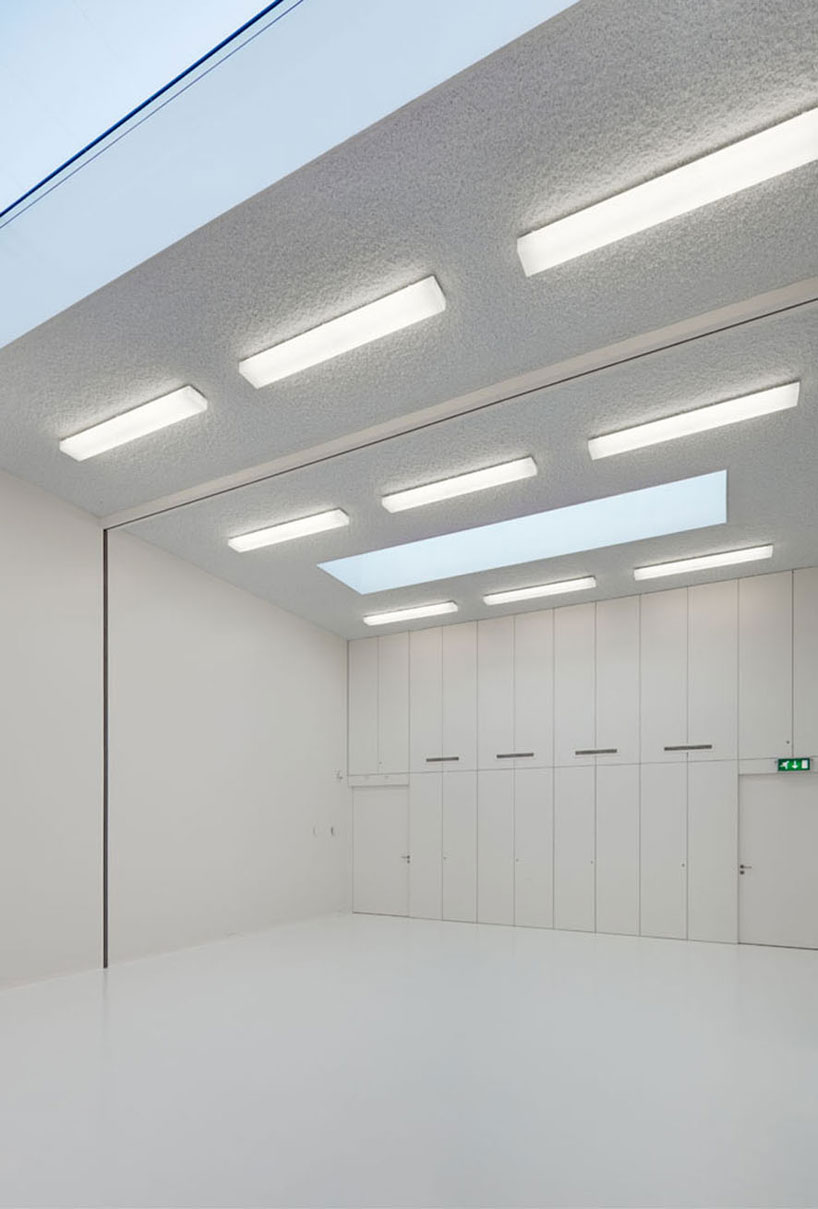 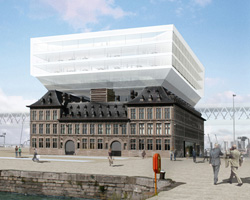 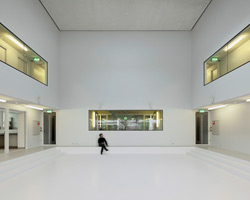 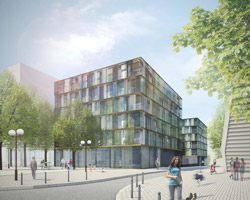 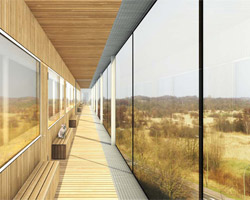