the role played by atelier m3a architects in a recent renovation project might be better described as archeologist rather than architect. the site had been recently purchased by labo, and was in need of extensive remodeling in order to take on a new life as shop and furniture boutique. atelier m3a started by removing layer upon layer from walls, ceilings, and floors. eventually, they found what they deemed to be the most original spirit of the space, a brick tiled floor and stone/brick walls that could easily have been over a century old. 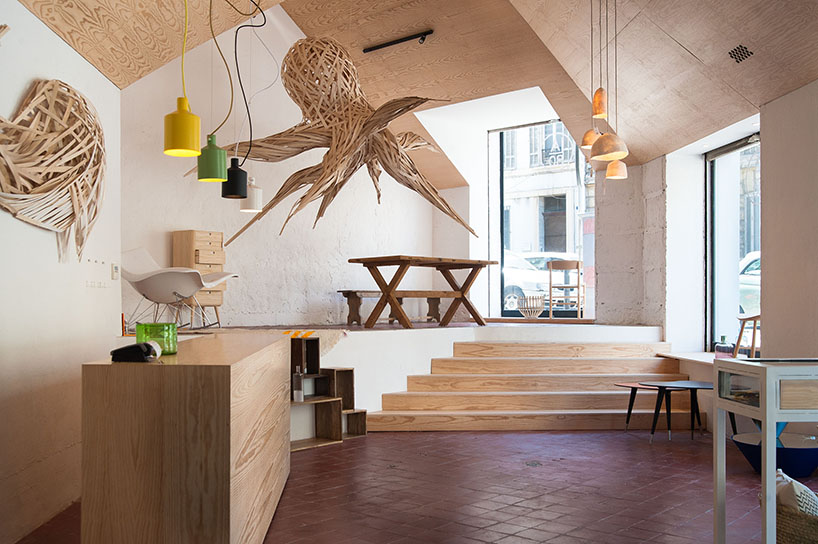 though antique, the remnants were worthy of preservation. from there, nearly the entire space was gutted and taken away, leaving a mostly open expanse that was airy and light-filled. the only components added by atelier m3a came in the form of the ceiling, two small staircases, and two partition walls. chalk white paint was added on wall surfaces and the rest was simply left as was, nothing more, nothing less. 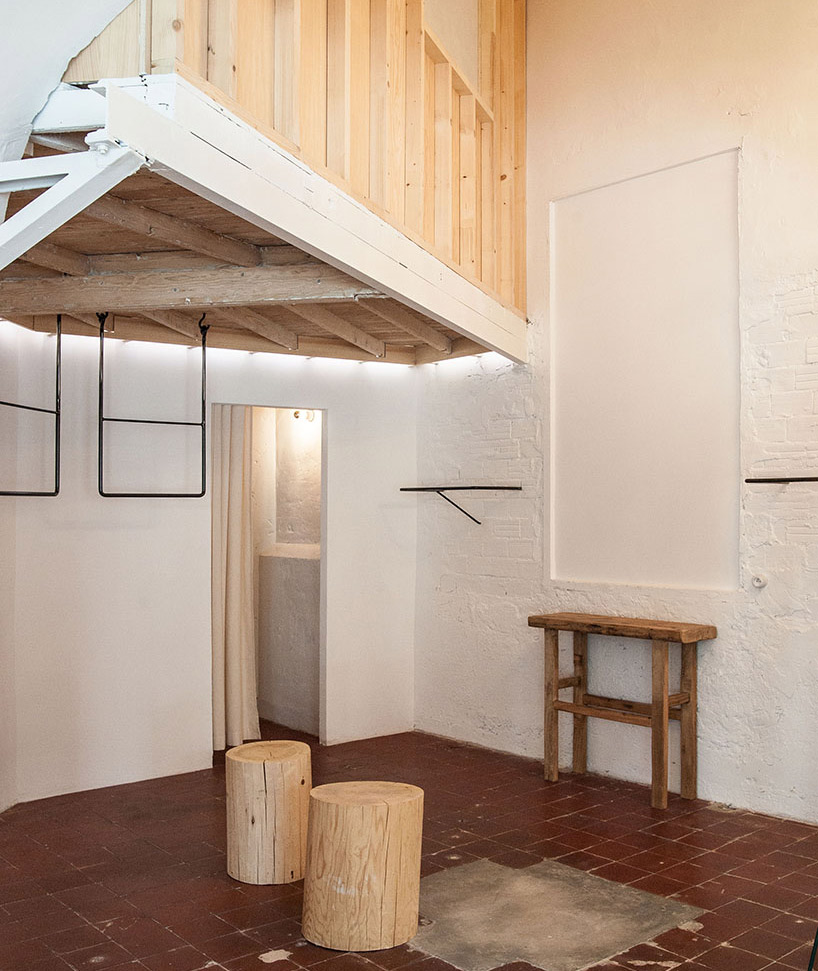 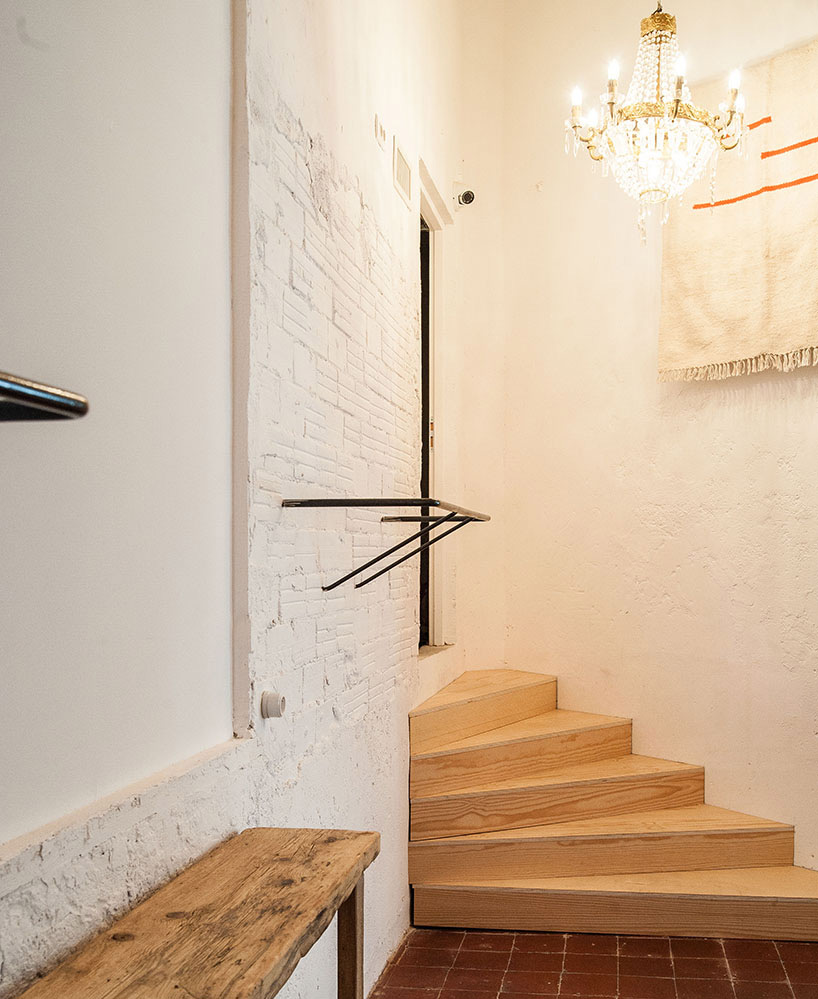 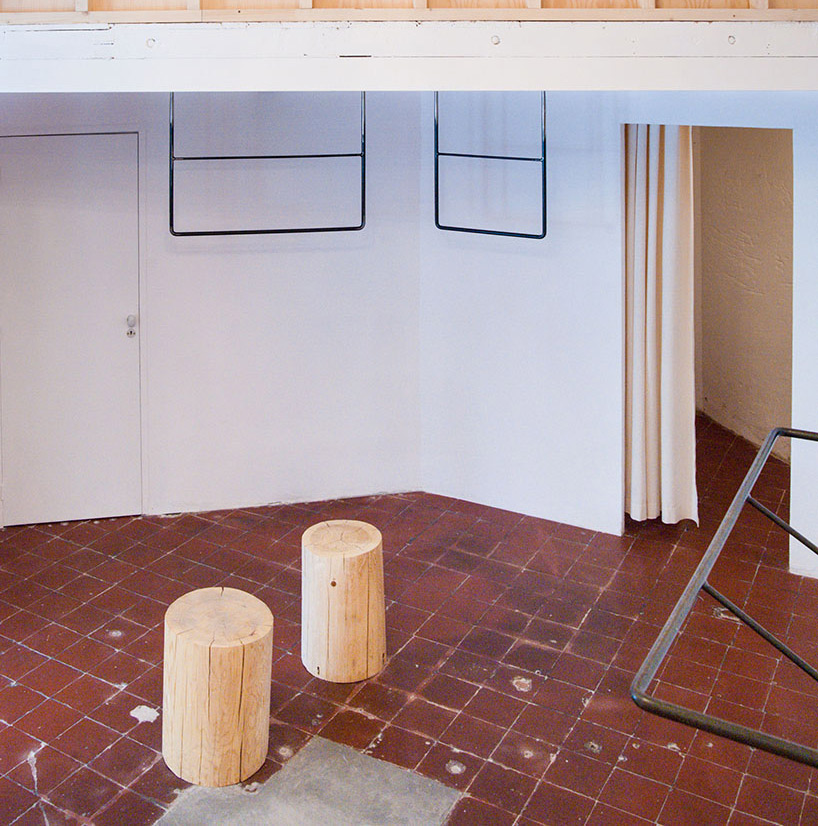 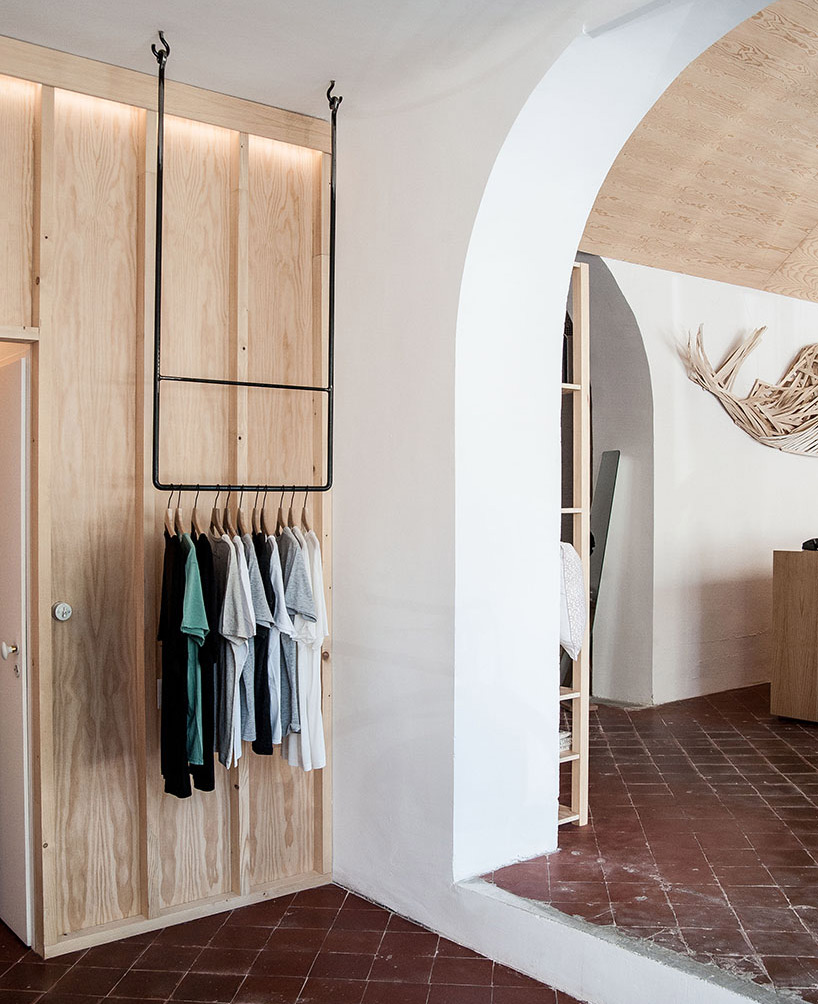 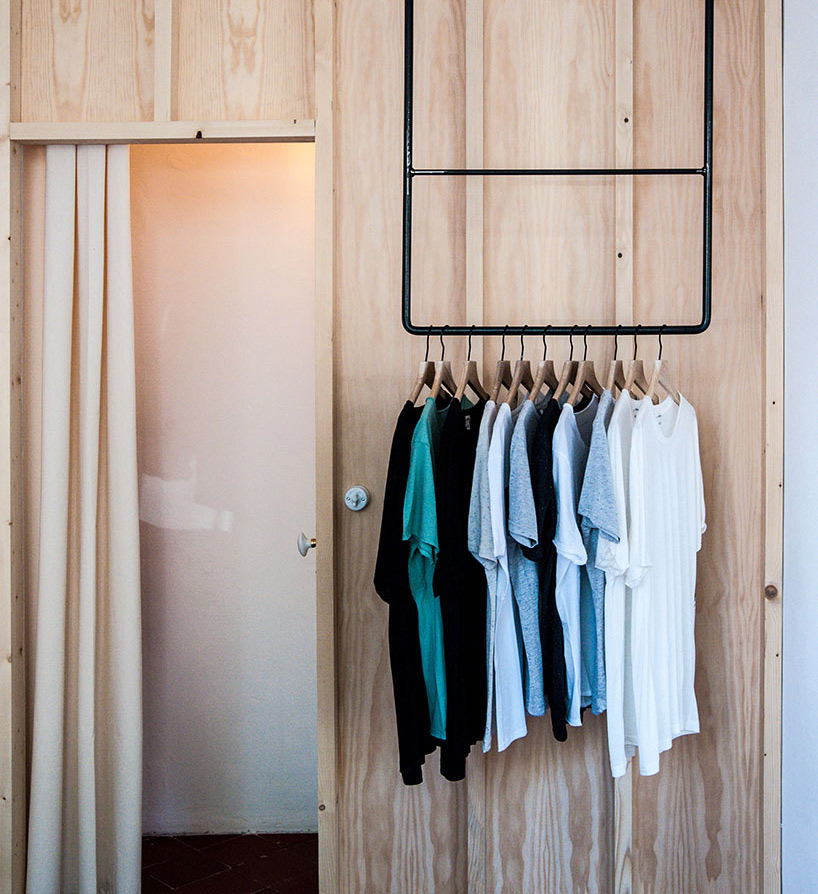 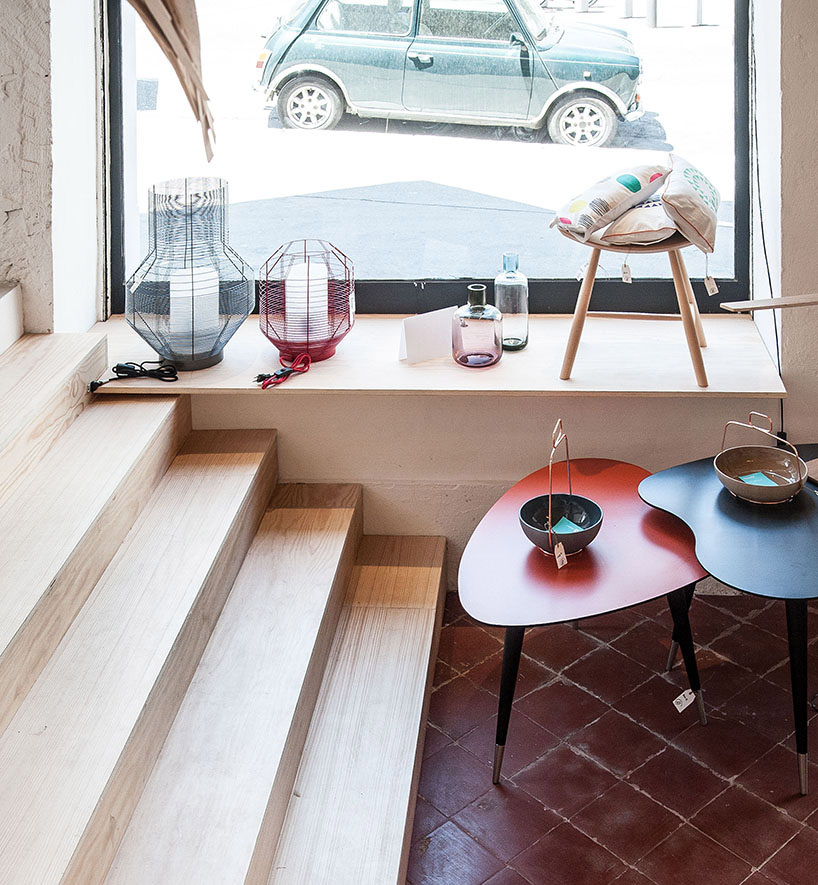 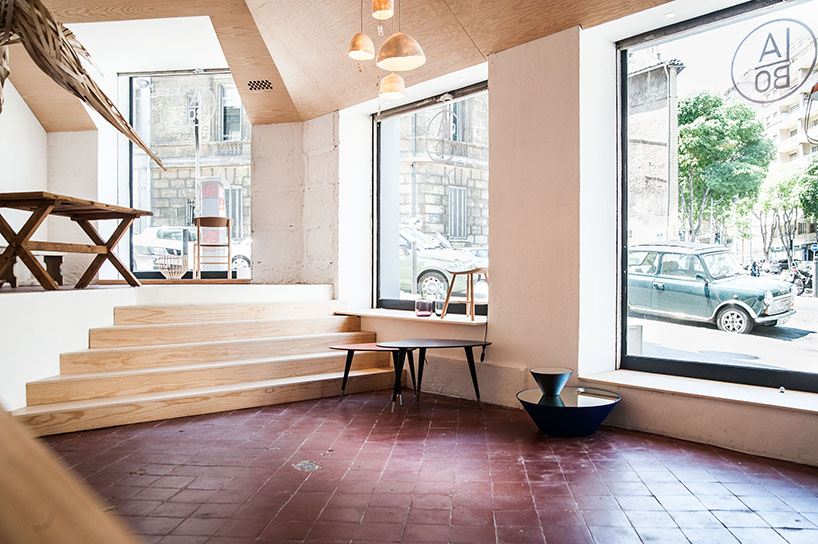 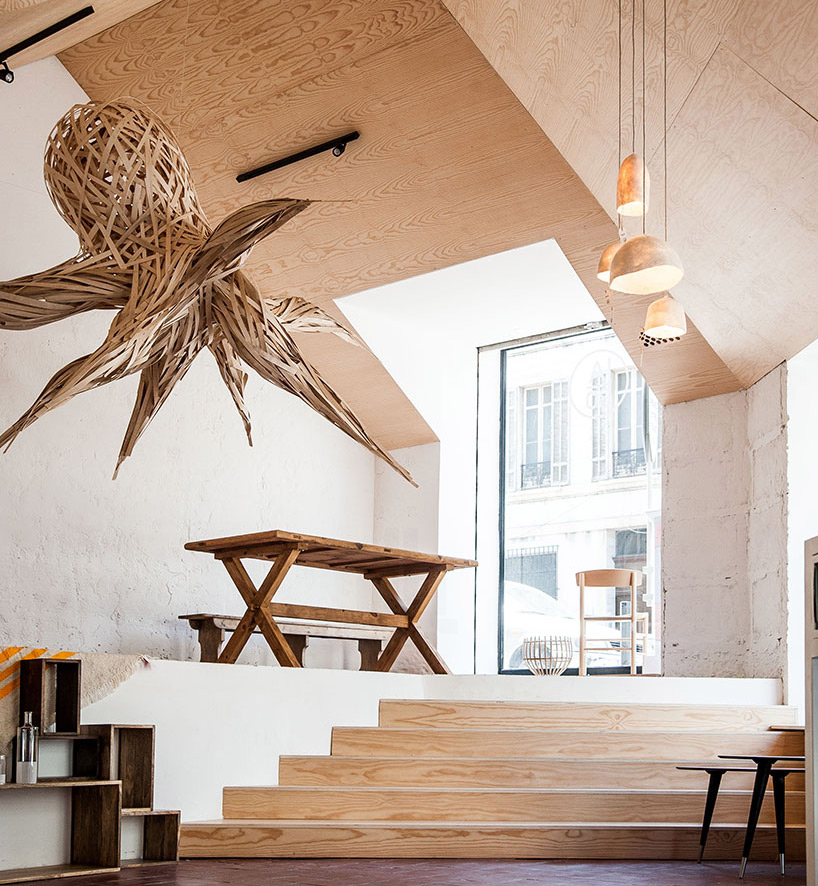 all art was done by laps000 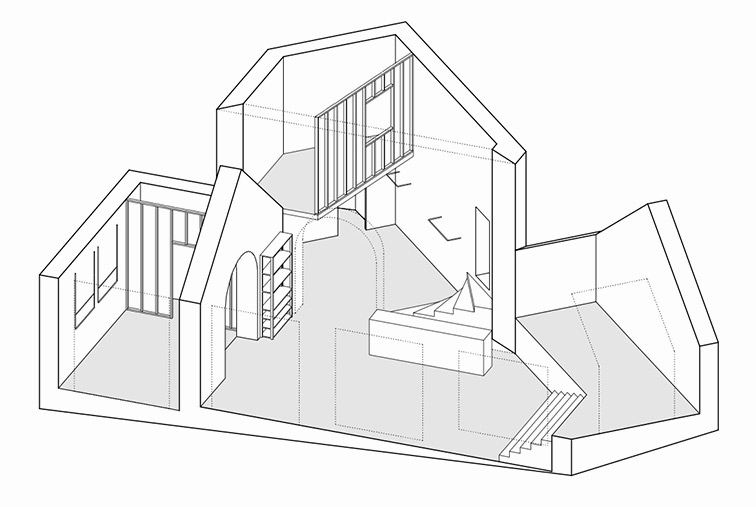 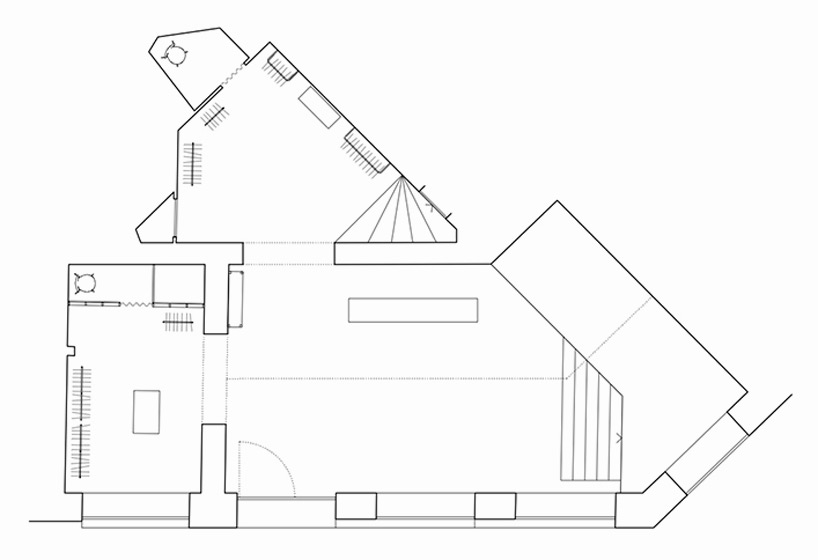