atelier thomas pucher has won the international competition for the new seat of the world renowned sinfonia varsovia orchestra in warsaw. the 20.000m² cultural centre is housed on the site of a former veterinary institute with existing vacant buildings and a park. the centre inhabits a 1.800 seat symphonic hall with world class acoustic properties, large rehearsal areas, merchandise facilities, musical workshops and a small hotel for artists in residence and music lovers.

the project gives a precise answer on the demands of the orchestra as well as the given site with its historical buildings. by enveloping the whole site with a floating wall it indicates the park as its new centre and creates a distinctive place of silence – the basic principle for an orchestra to perform – full of atmosphere and drama. the park becomes an open public place and the wall becomes the building to serve it.

the floating wall inhabits the symphonic hall and all rehearsal areas. it floats above the foyer – thus a seamless extension of the park into the building – and holds several hidden rooms and staircases, a narrow surveillance path at its top, all technical infrastructures and a span of 140m without any column. the concert hall is a fusion of shoebox hall and arena. while the traditional shoe box hall is known for its excellent acoustics but much too often offers poor visibility conditions, the arena has its advantages in the visibility but is hardly applicable when it comes to its acoustic conditions.

the hall for the sinfonia varsovia combines the advantages of both by choosing the main shape of a rectangular room with ideal acoustic dimensions and inserting seemingly free formed bands of balconies with perfect angles for visitors into this volume. the three dimensional flow of the balconies and the specific relation to the rectangular volume allow the acoustic properties to be developed on a world class level.

compared to the second popular type – the vineyard – the hall provides the benefit of compactness, short distances and a volume that is also suited for smaller symphony orchestras and chamber orchestras. for the audience that means that each listener is situated as near to the orchestra as possible thus creating an immense impression of being ‘in midst the music’.

the new sinfonia varsovia centre has a budget of approx. 110 million euro and is expected to be completed in 2016. 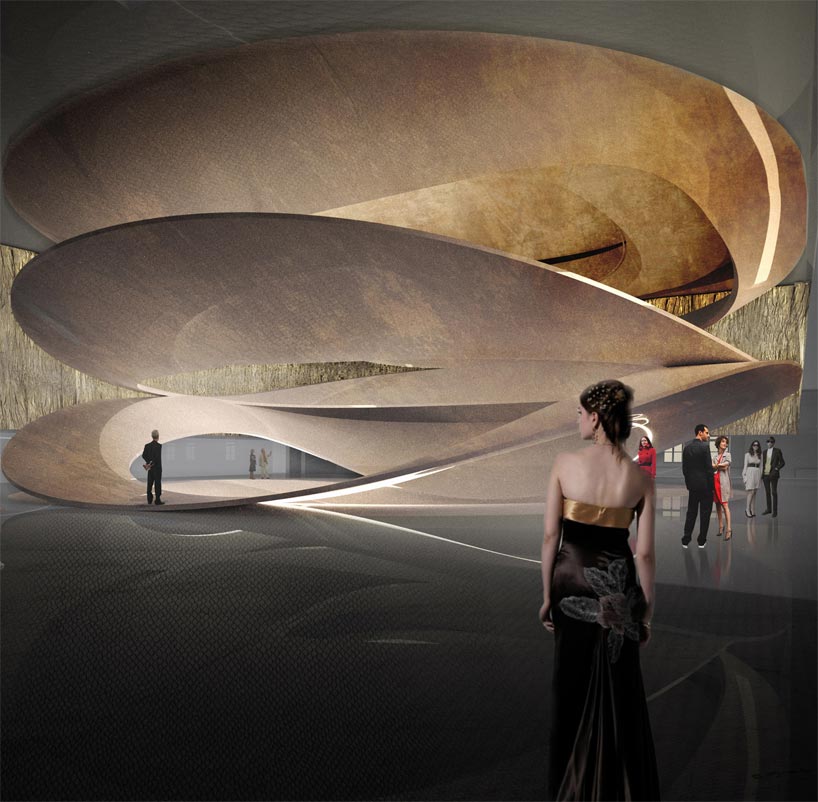 the park surrounding the concert hall 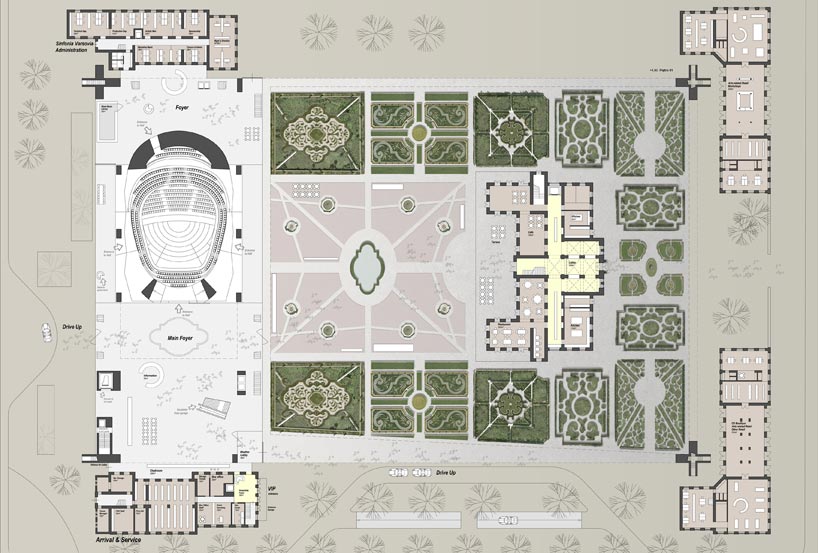 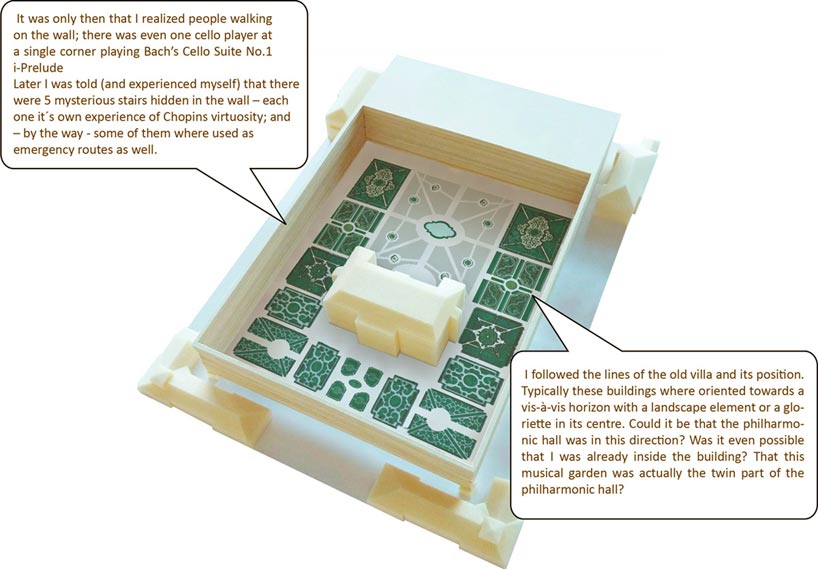 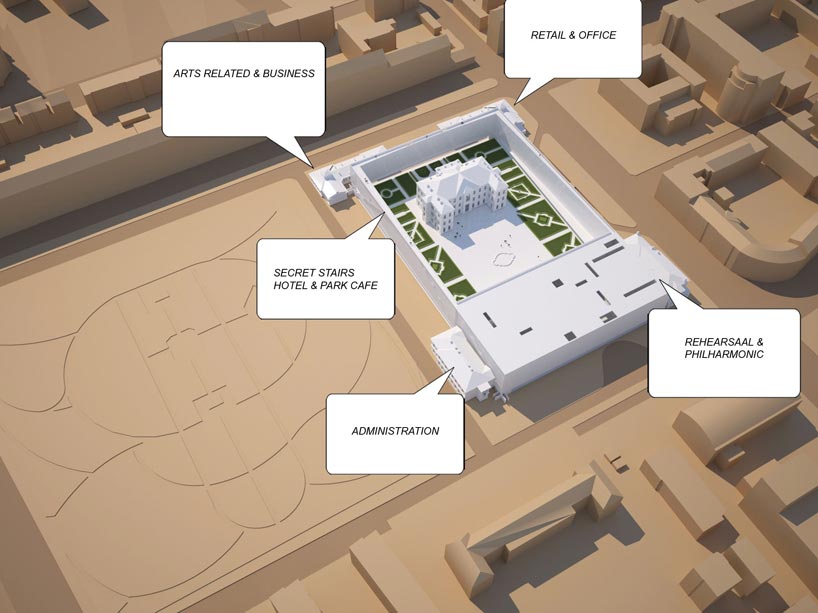 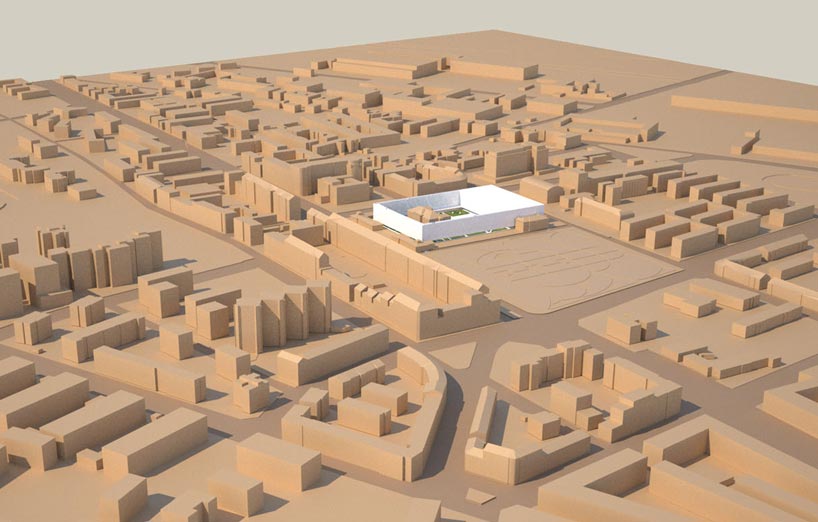 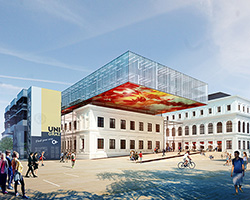 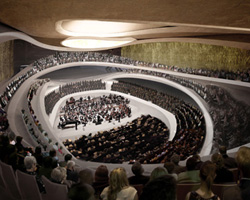 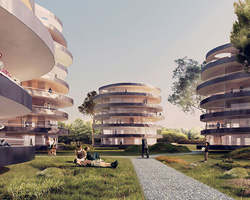 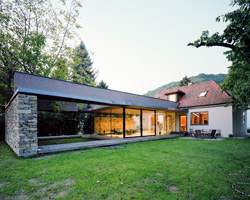 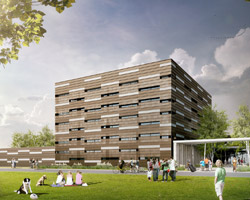