‘villa sculptura‘ is the very first house that the rotterdam-based studio of joep van lieshout has designed. a living work of art, the concept behind the cocoon-like dwelling is a reaction to high-tech and the computer-drawn blobs that are currently a trend in modern architecture. the design is recognizably that of joep van lieshout and complies with all modern and legal demands that are required of houses.

the villa is set to be built at parkzichtlaan on the edge of leidsche rijn park along the banks of the historic oude rijn river in utrecht, surrounded by ten detached, white houses. at its core, ‘villa sculptura’ is a traditional building, but after construction is realized, joep van lieshout, as a sculptor, will shape its outer lay. a steel frame which is filled up with polyurethane form, is also the basis of an additional layer of insulation. this will be covered by a polyurea coating finished with redox pure finish gloss, and will provide a ‘hard shell’ look. 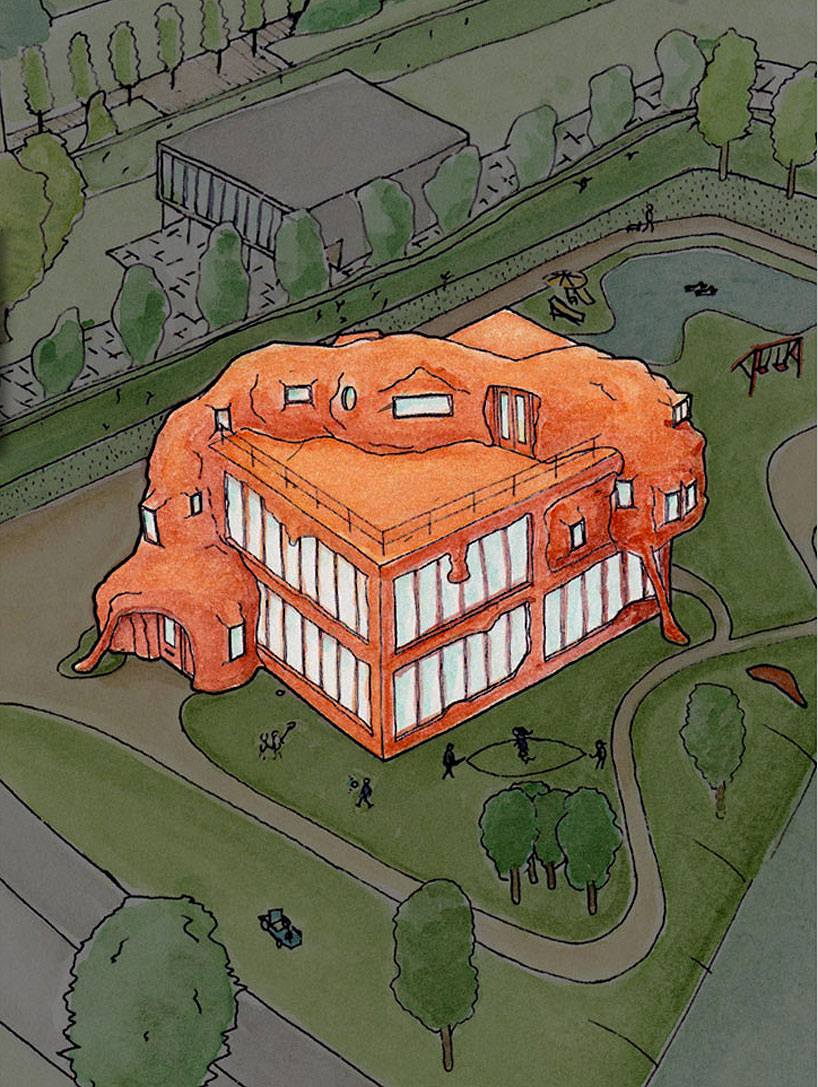 K.O.W. architects from the hague are responsible for the architectural drawing which comply with all legal demands. in collaboration with the future owner, atelier van lieshout will adjust the design of the house to the owner’s specific wishes. it is expected that the building of the villa will take between six and nine months.

people who are interested in buying the villa can purchase the lot 900m2 lot along with the design, which is a guaranteed commitment to having the structure built. the sale of the villa began on january 5th, with a starting price of 1 million euros. this price includes both the lot and the building and will vary in value depending on the end size and finishes chosen. 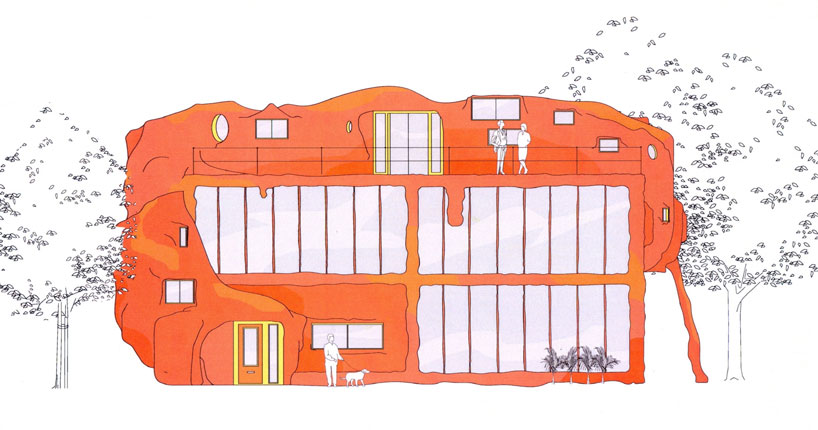 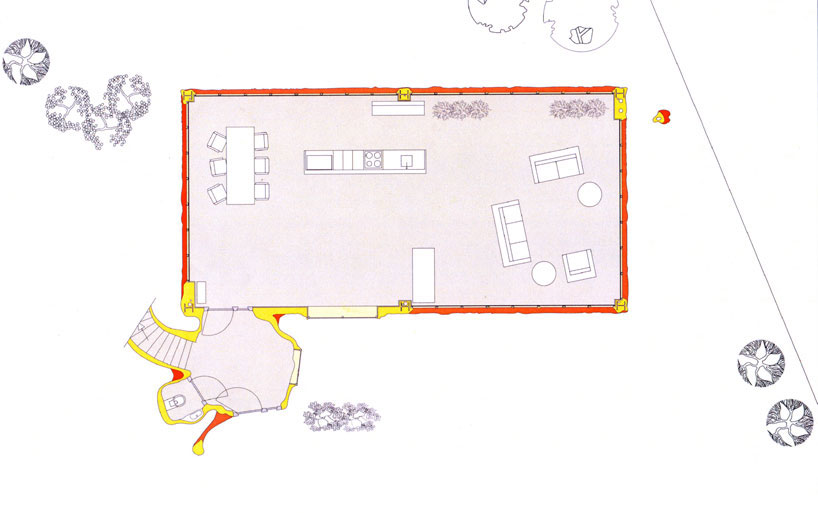 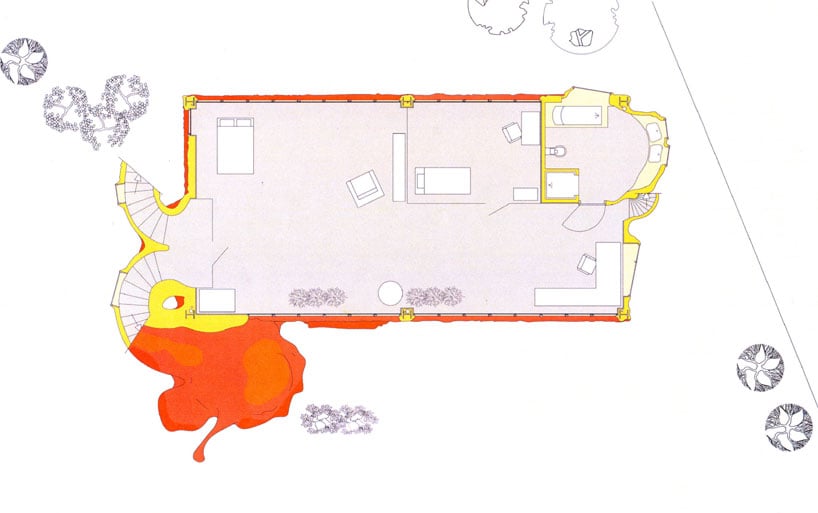 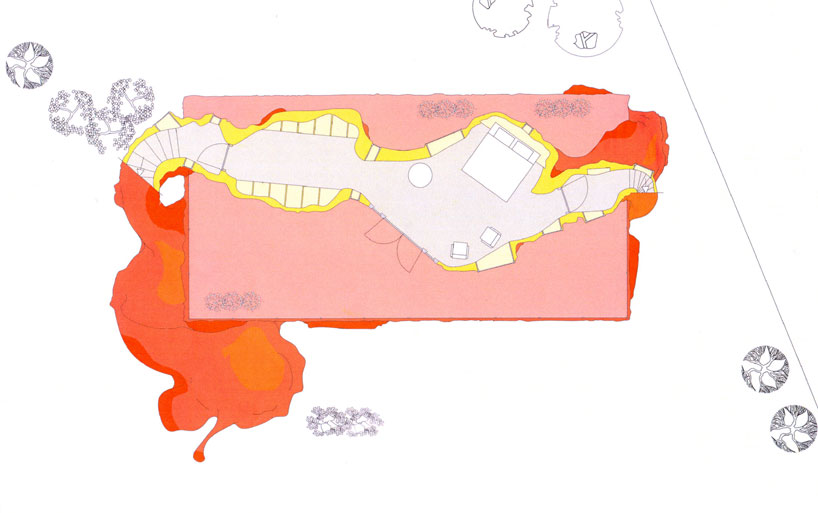 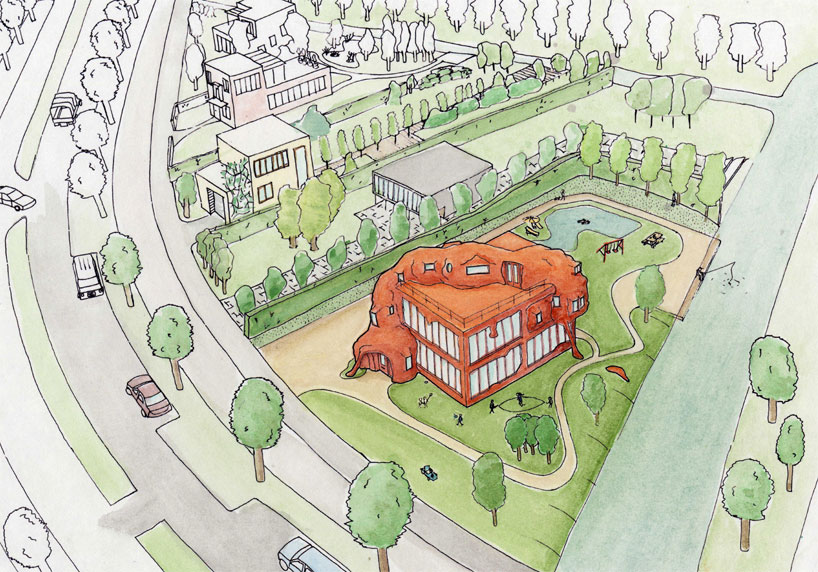 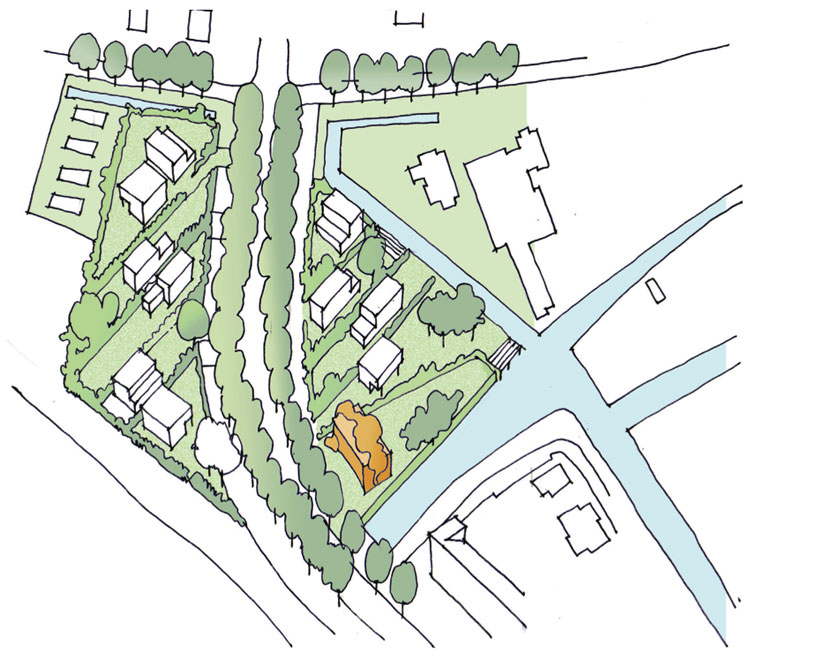 aerial view sketch of the site