the ‘tb house’ is a renovation of two stories of an old, unused catholic boys school in the spaardammerbuurt area of amsterdam, the netherlands. bought by a private family, the residence is 350m2 (approx. 3,750ft2), on the first and second floors. atelier van wengerden, who designed the space, worked with clients to create a well thought-out plan that maintained the space’s original character and style. 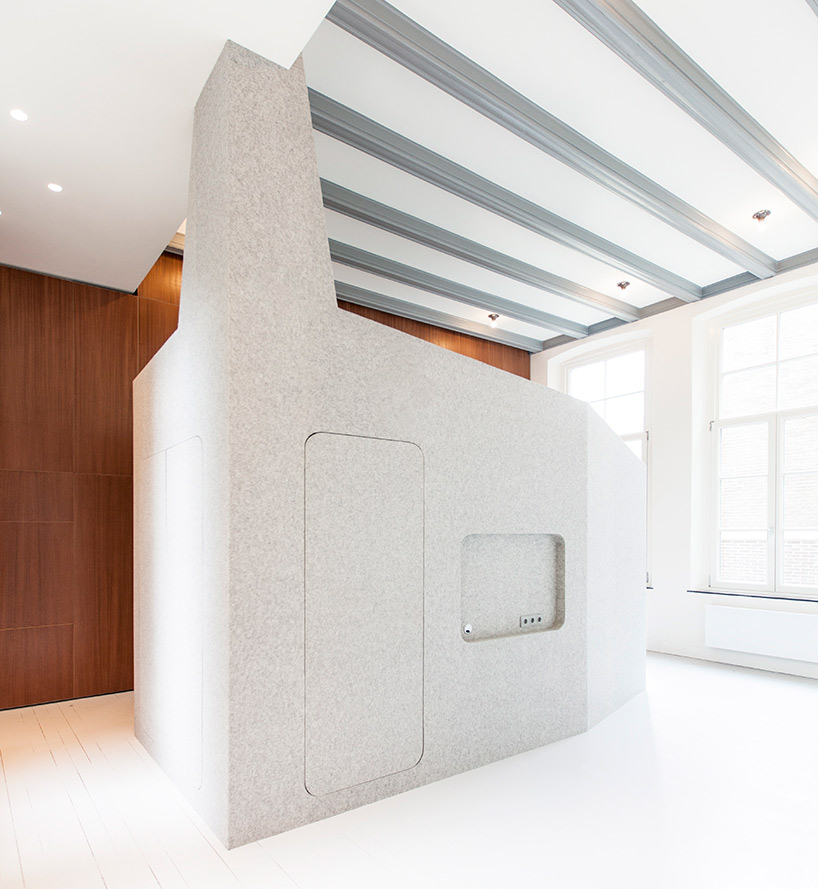 the result is a house within a house, characterized by multiple free-standing multifunctional ‘cores’. inside the grey units, are housed all functions that don’t require daylight, such as: storage, bathroom, pantry, and entertainment equipment. the ground floor — formerly the kitchen — is used for all commons areas, including kitchen and dining rooms. all private spaces, as well as a main living space, are located above on the second floor. 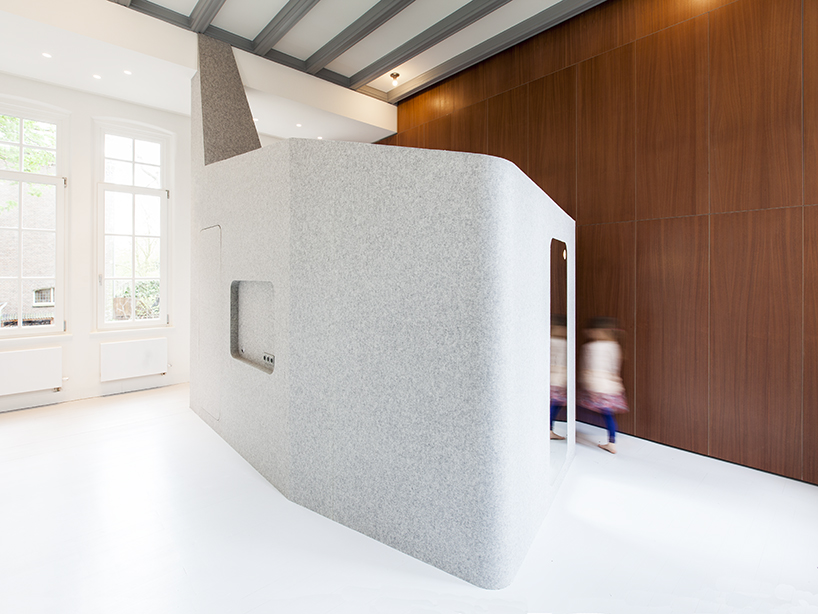 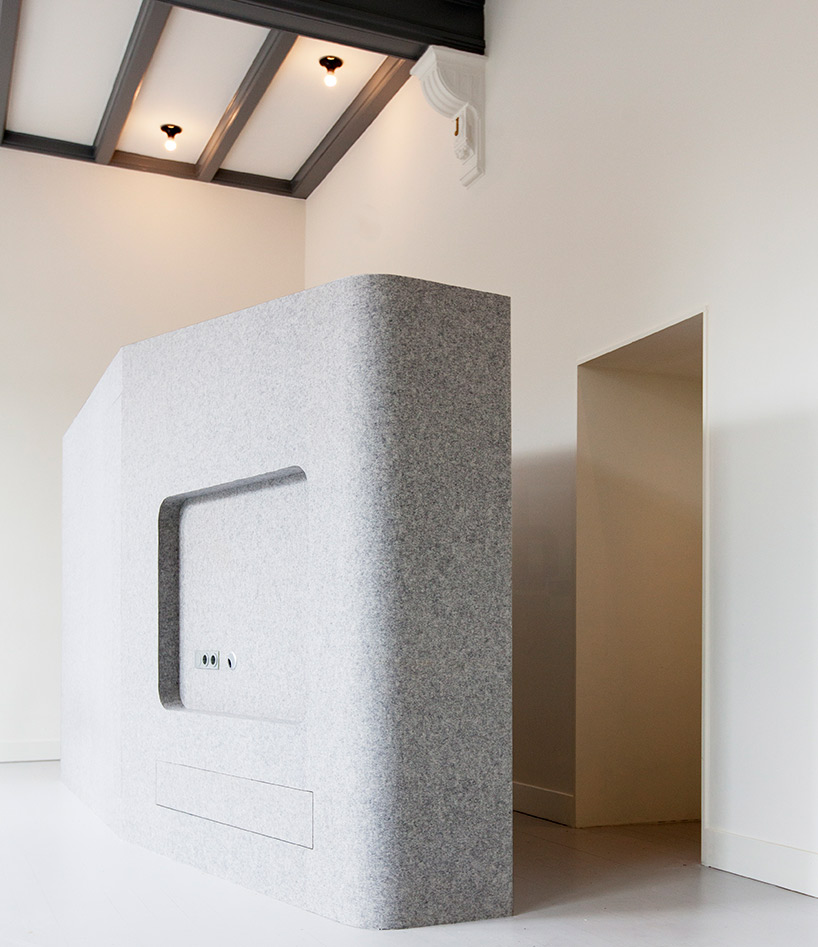 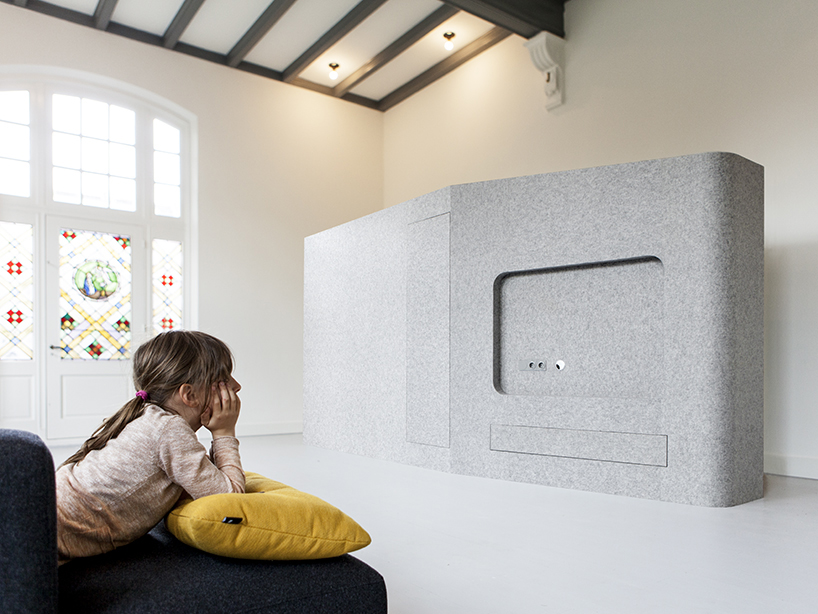 the structure of the house was left largely untouched 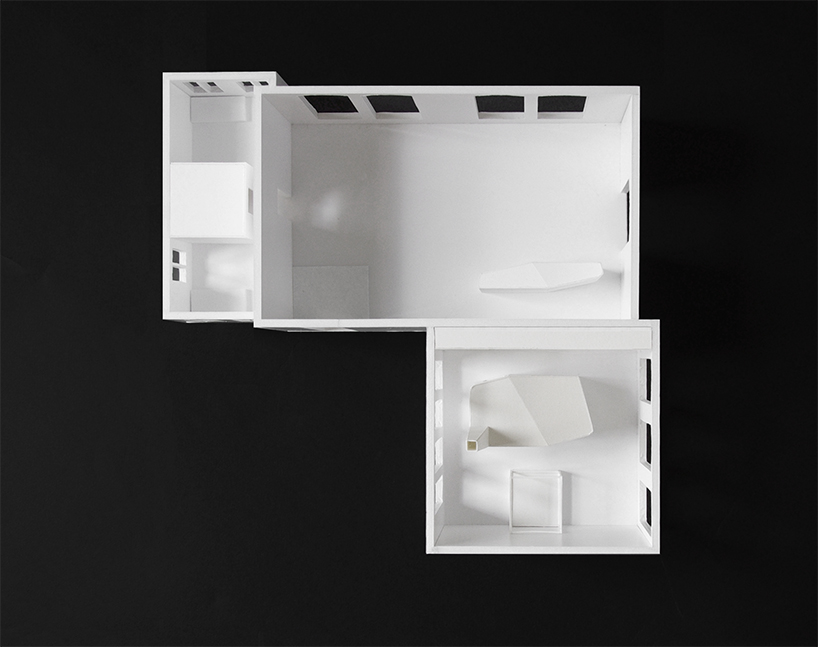 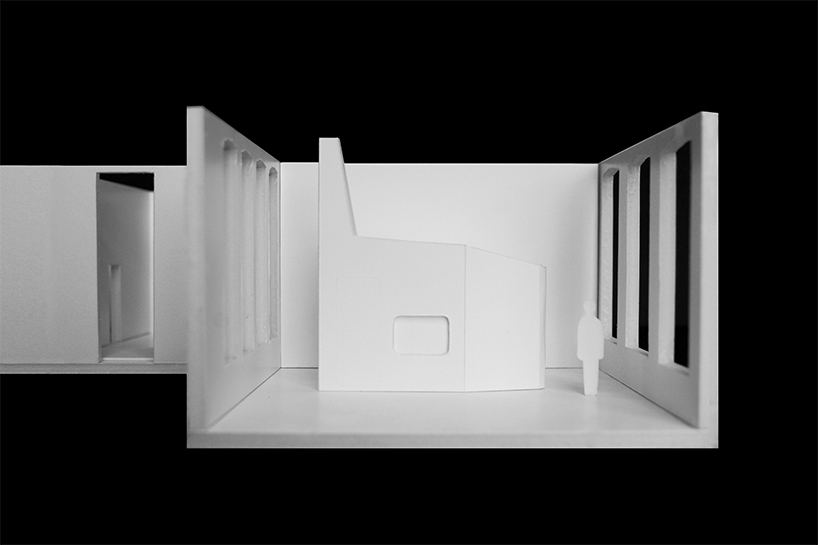 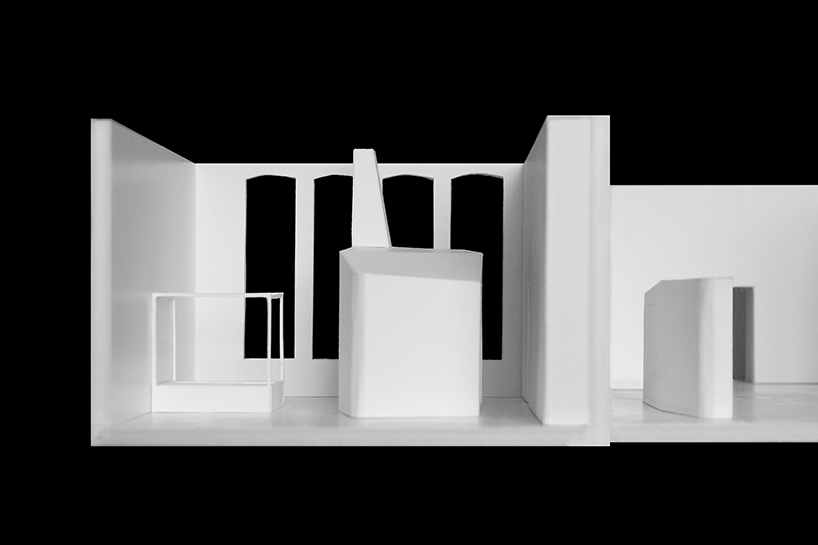 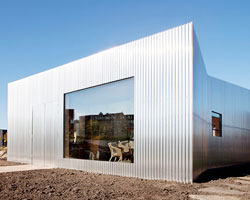 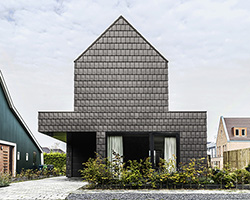 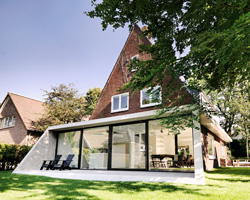