hungarian practice atelierarchitects proposed ‘the ruralscraper’, a conceptual highrise structure for the eVolo 2011 skyscraper competition. a response to a projection stating 70% of the global population will live in urban areas, this vertical farm would act as a substitute for the rapidly shrinking amount of arable land throughout the world. energy and land will be saved by moving food resources into city centers placing consumers close to the production source of their daily provisions.

plastic bag cultivation, glasshouse culture, home gardening, tray method and late field growing occur within the tower’s diverse levels. farmers live within integrated houses. vertical circulation accommodates the various machines and equipment necessary for production and harvesting. prompting social interaction in a communal market setting, awareness is raised about growing methods with the ability to converse with the farmer. tanks for water collection can be redirected for irrigation and turbines generate electricity. glasshouses enable year round production while open air spaces may be used as ice skating rinks for the community. 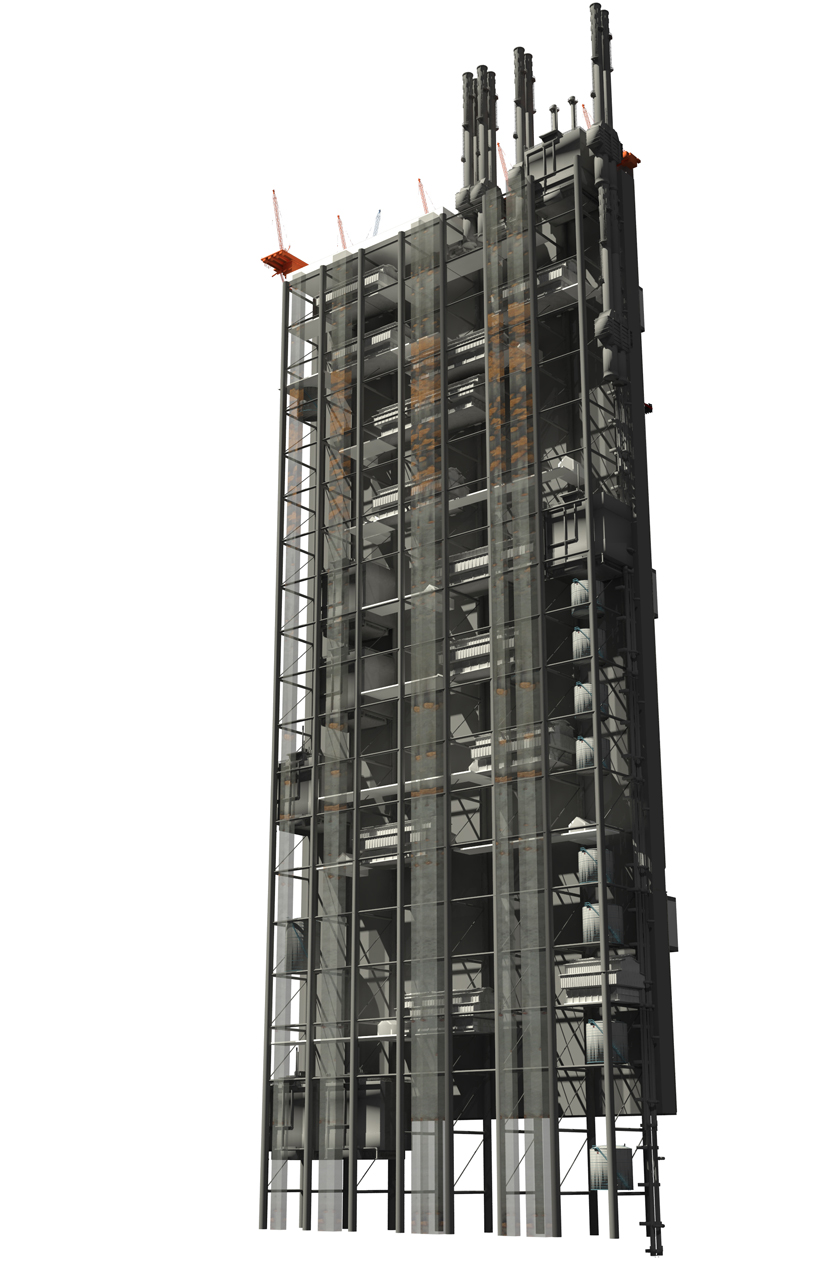 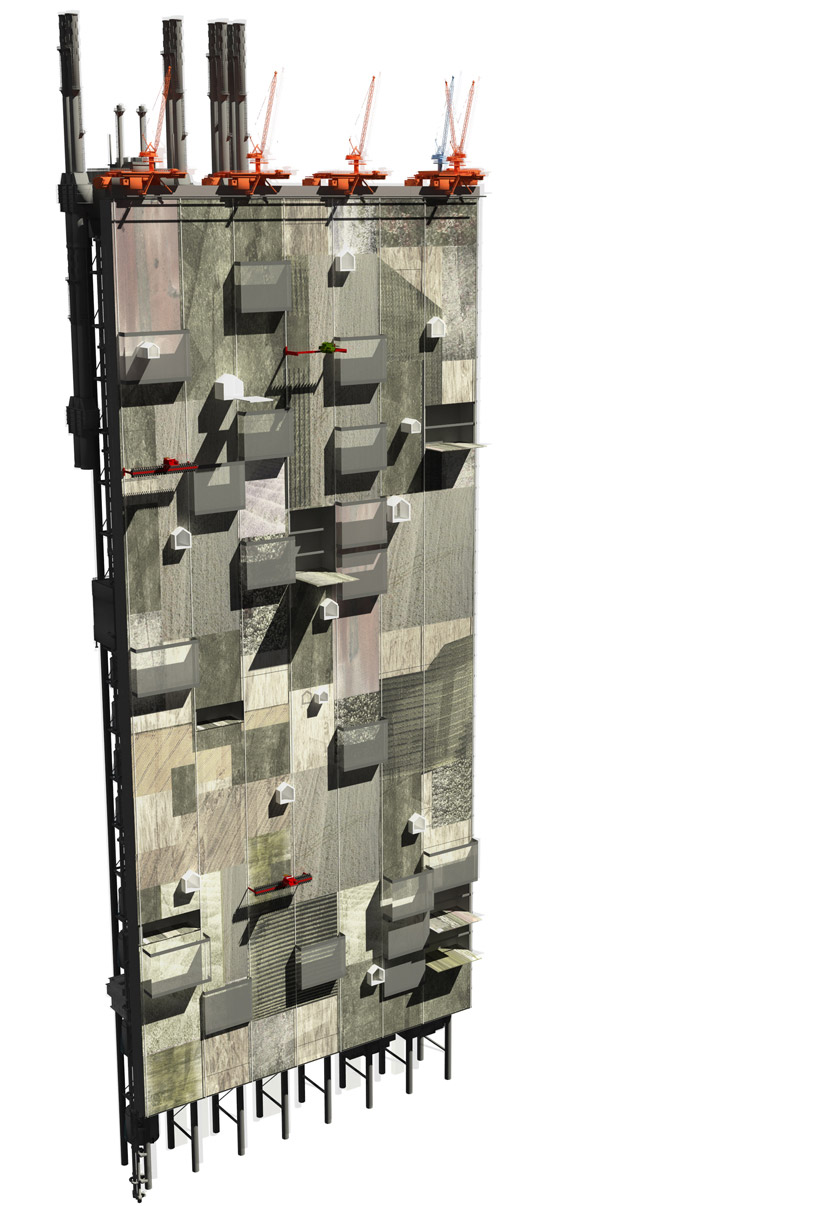 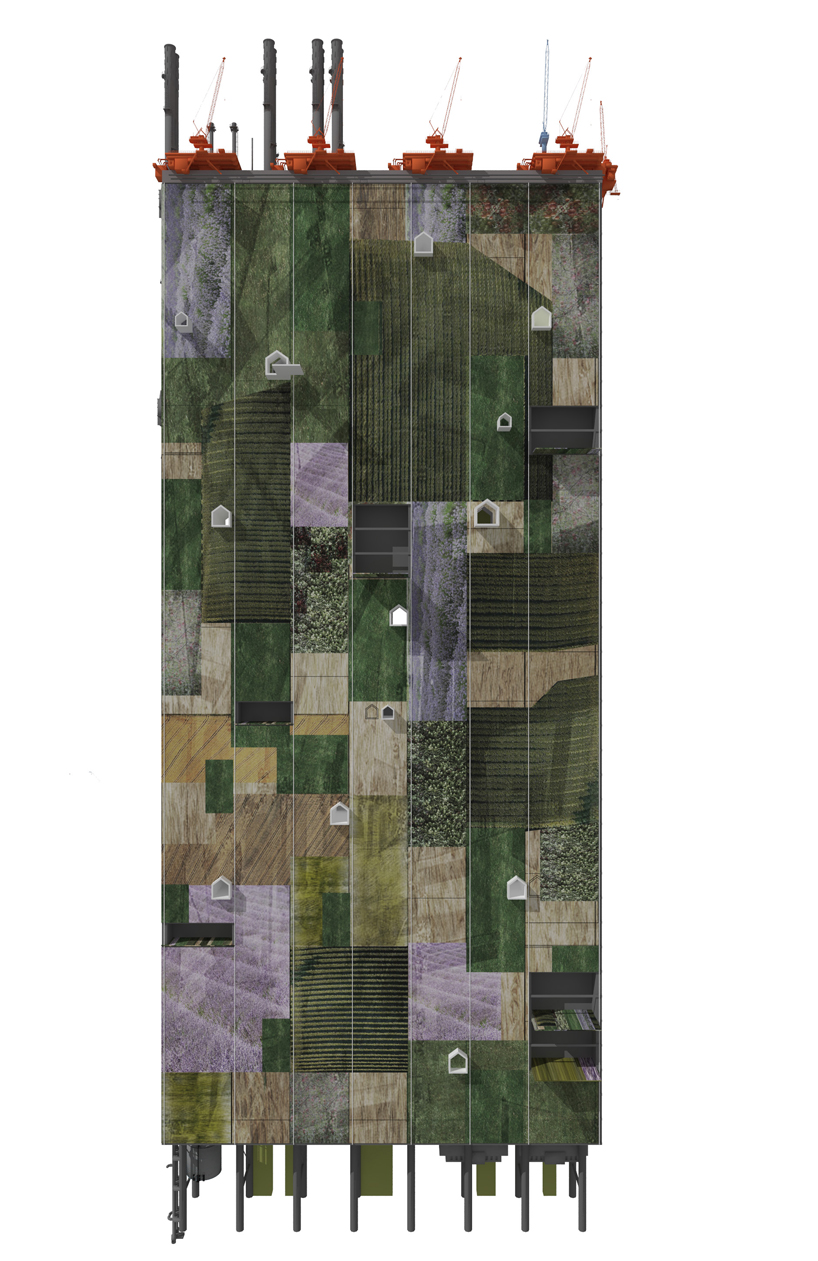 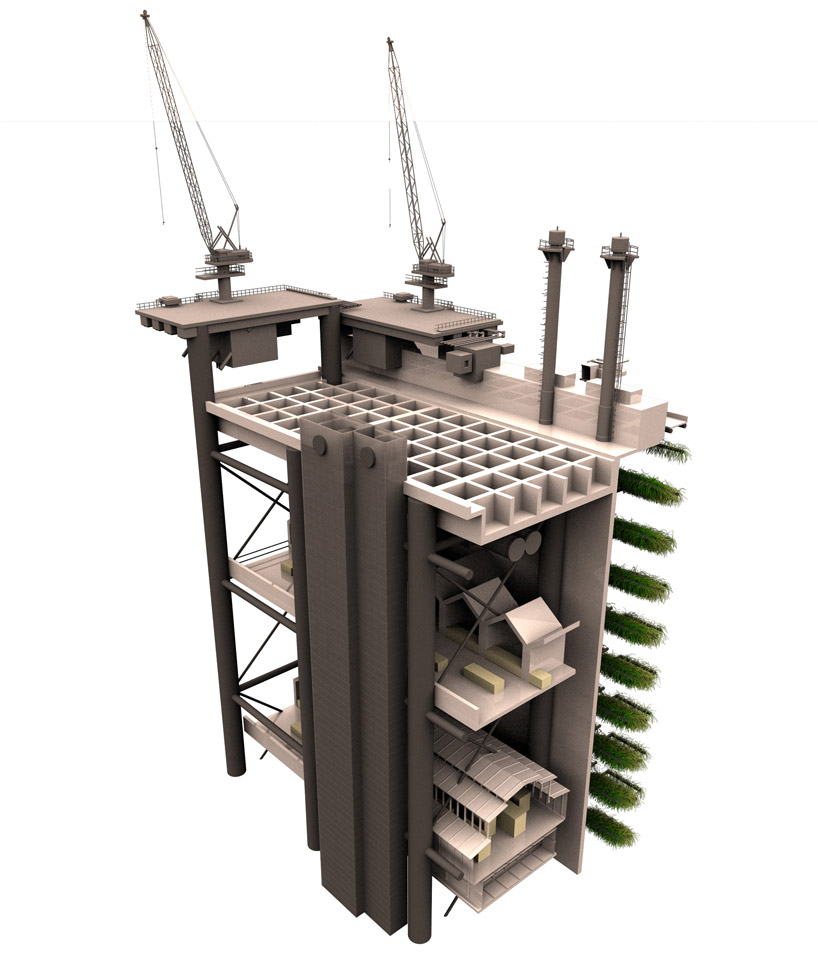 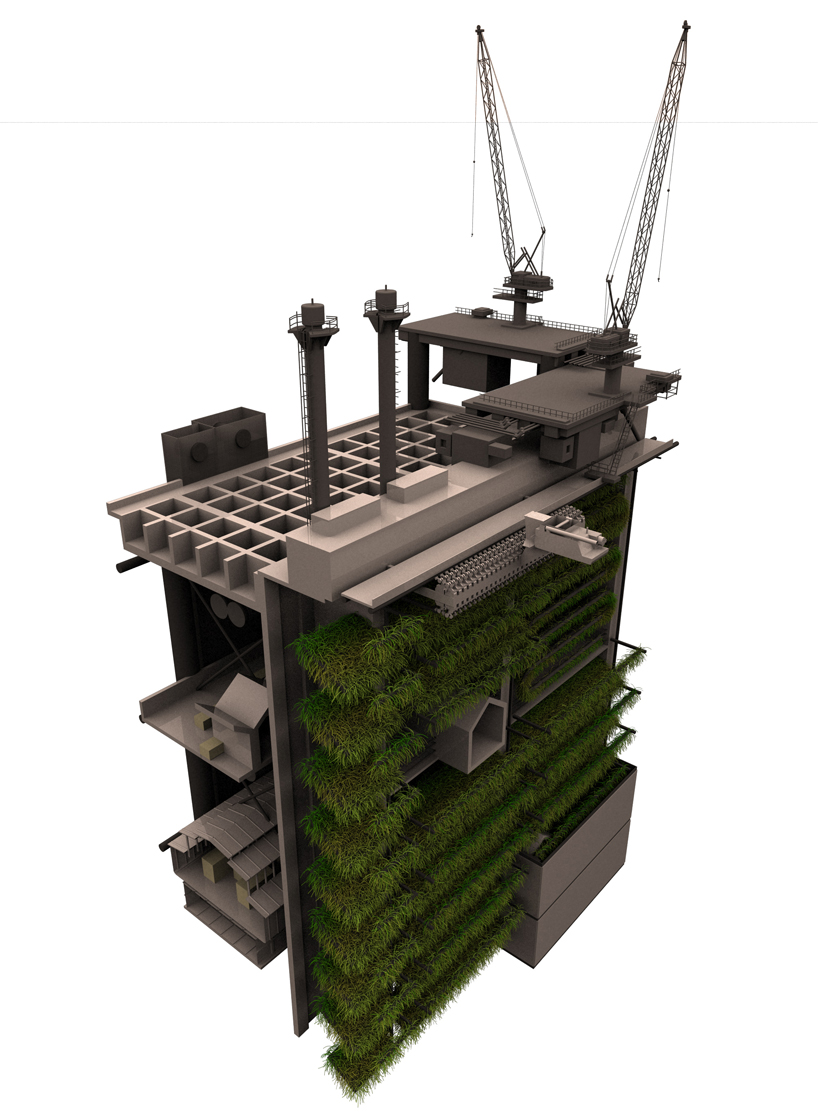 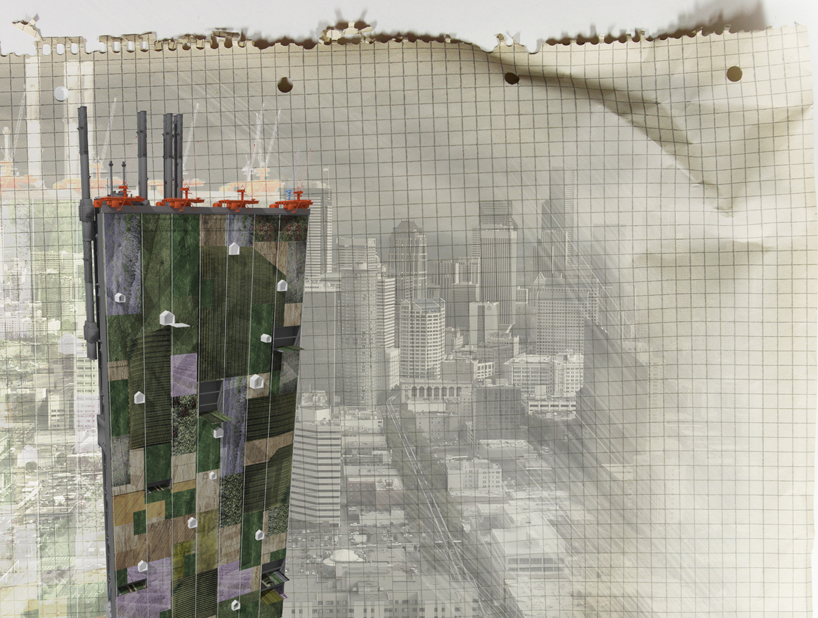 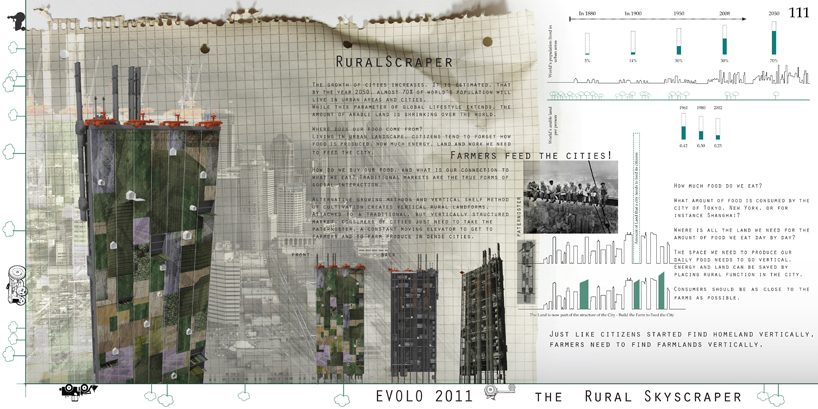 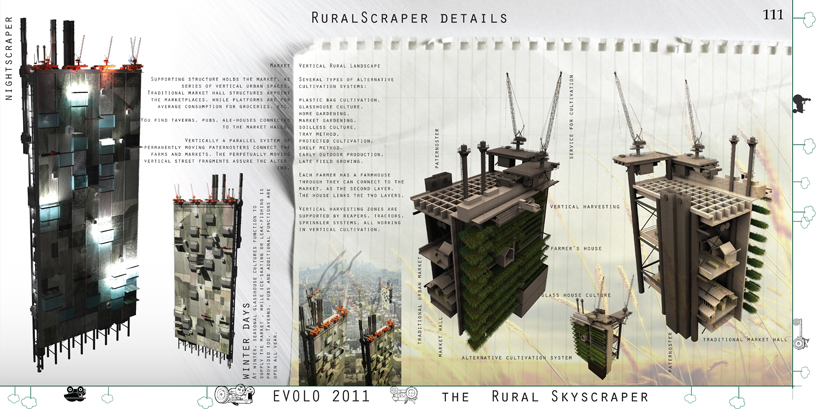