aurora arquitectos has added a vibrant yellow structure to a music school in portugal, connecting the site’s existing buildings. realized for the artave – CCM music school in caldas da saúde, a town northeast of porto, the project seeks to repair and reorganize the site’s circulation routes, which had become confused over time with the addition of more buildings. 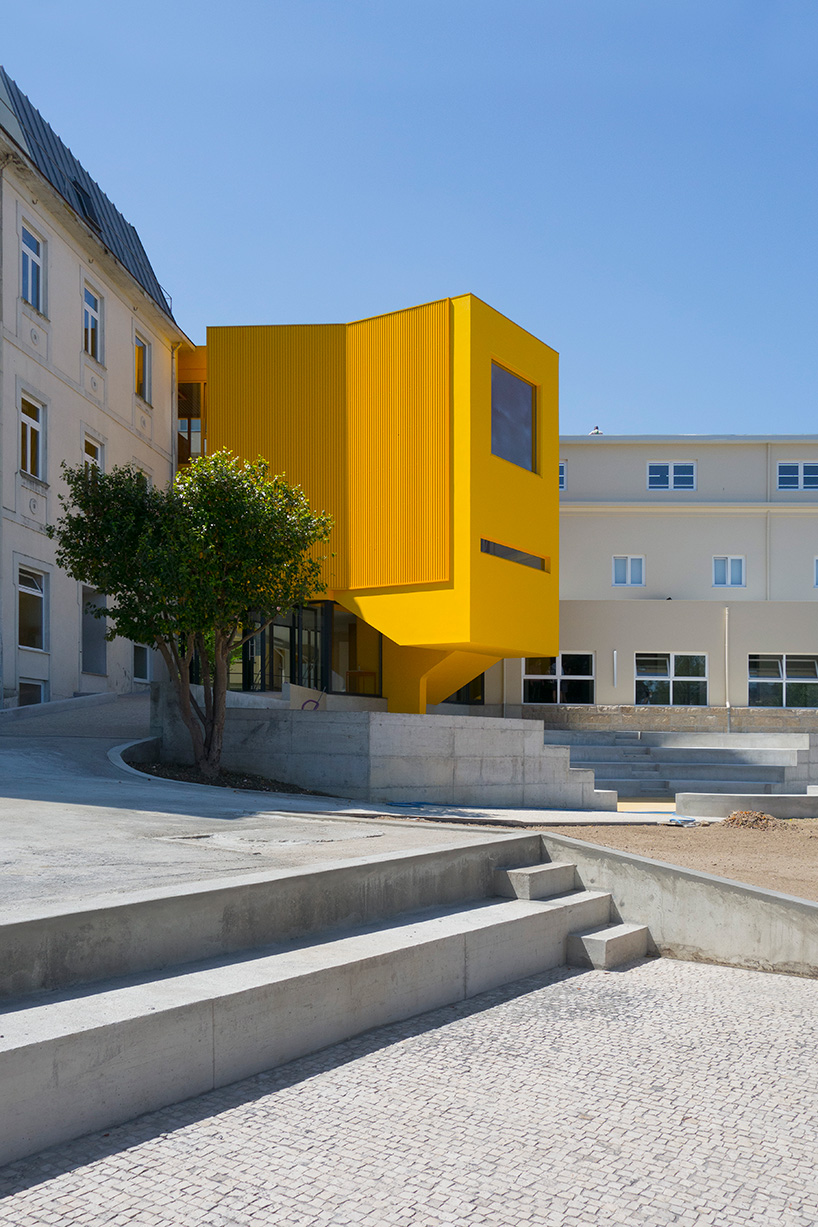 all images courtesy of aurora arquitectos

aurora arquitectos says that its bold yellow intervention intends to detach itself from the remainder of the campus, while respecting the site’s existing buildings. ‘this project responds to a simple need: the connection between two existing blocks of classrooms,’ explain the architects. ‘this vertical and horizontal relations are the pretext to create a space of encounter and relaxation for the students during breaks, as well as an exterior amphitheater.’ 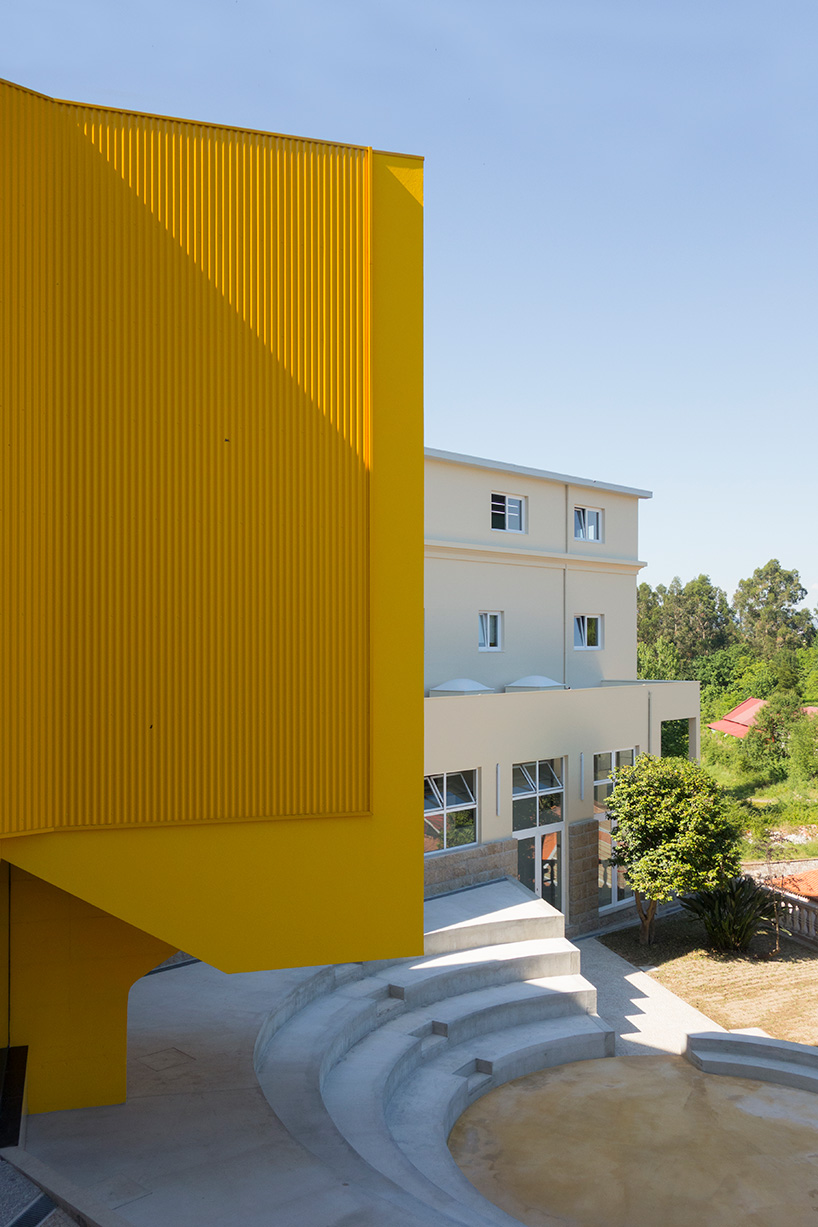 the use of yellow is continued internally with orange tones complementing the distinctive color scheme. importantly, the building’s windows have been positioned to frame views of the surrounding landscape, specifically the abundant vegetation on and around the campus. previously, aurora arquitectos, a studio led by sofia couto and sérgio antunes, completed the interior renovation of a traditional apartment in lisbon — see the project here. 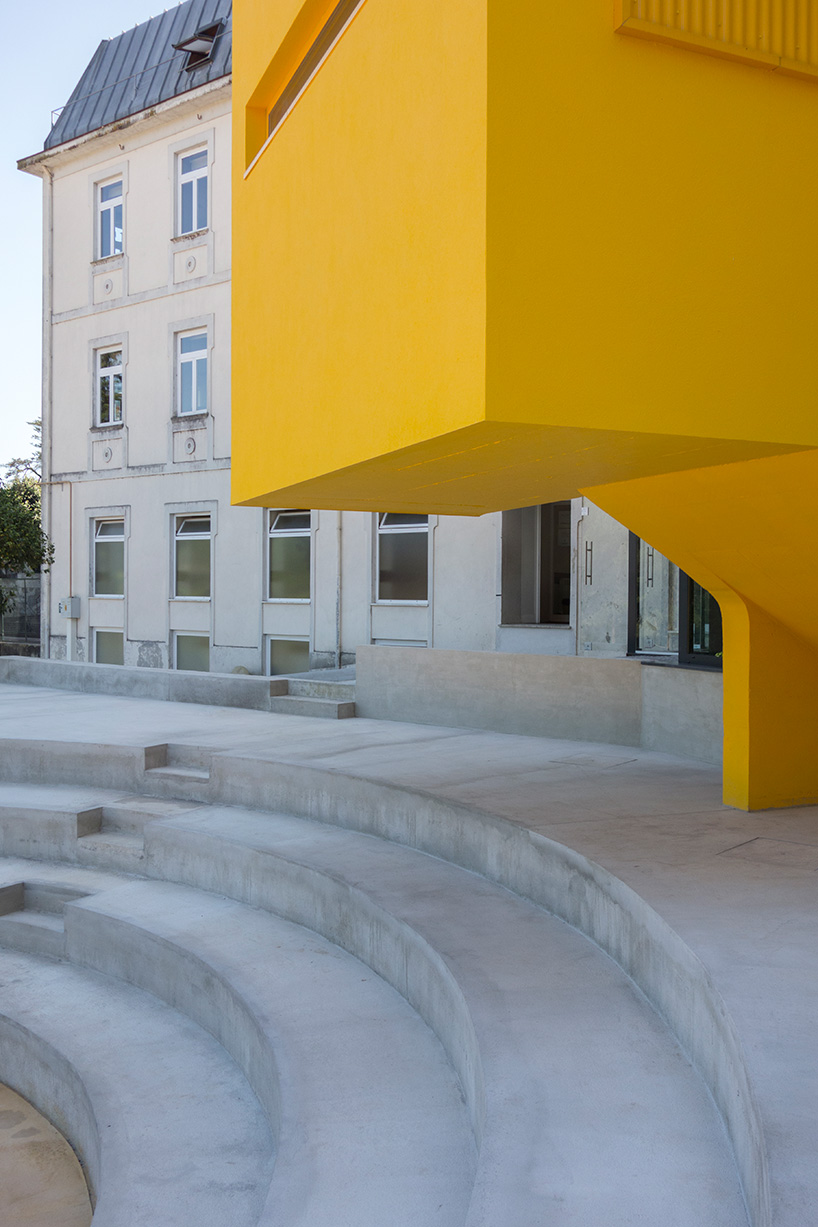 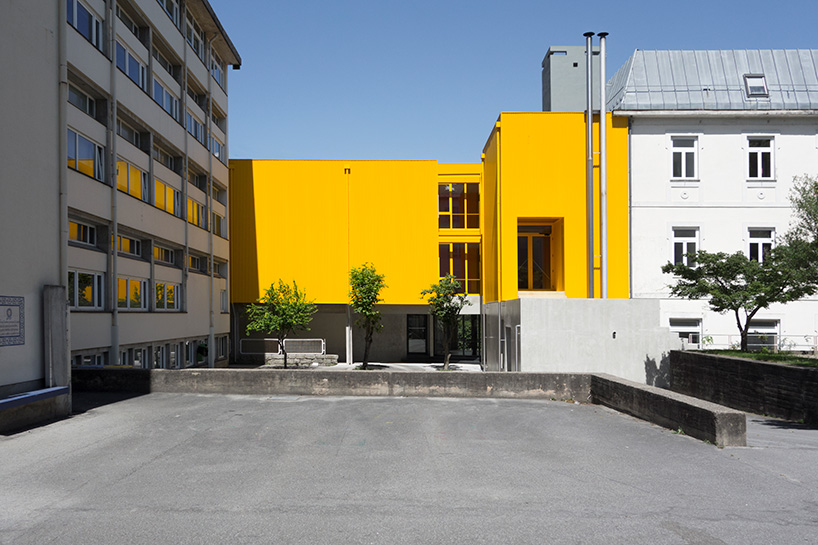 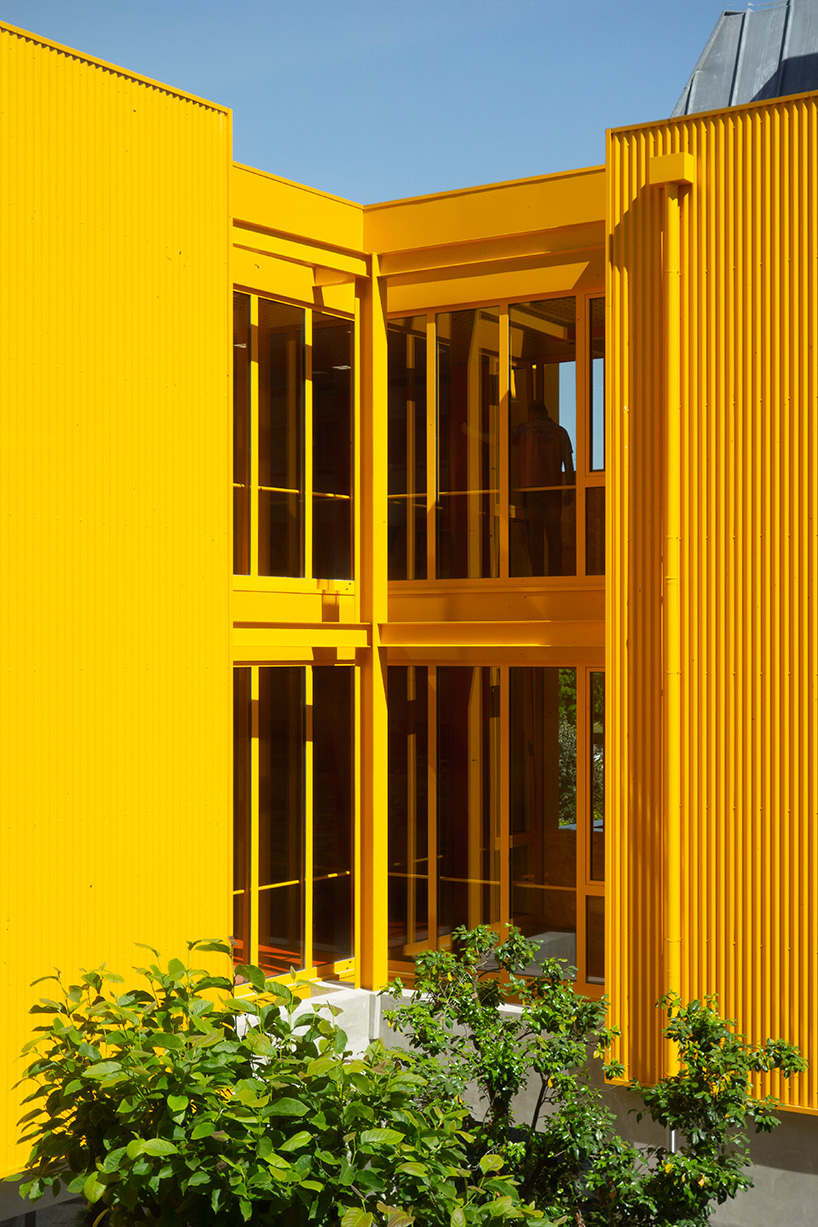 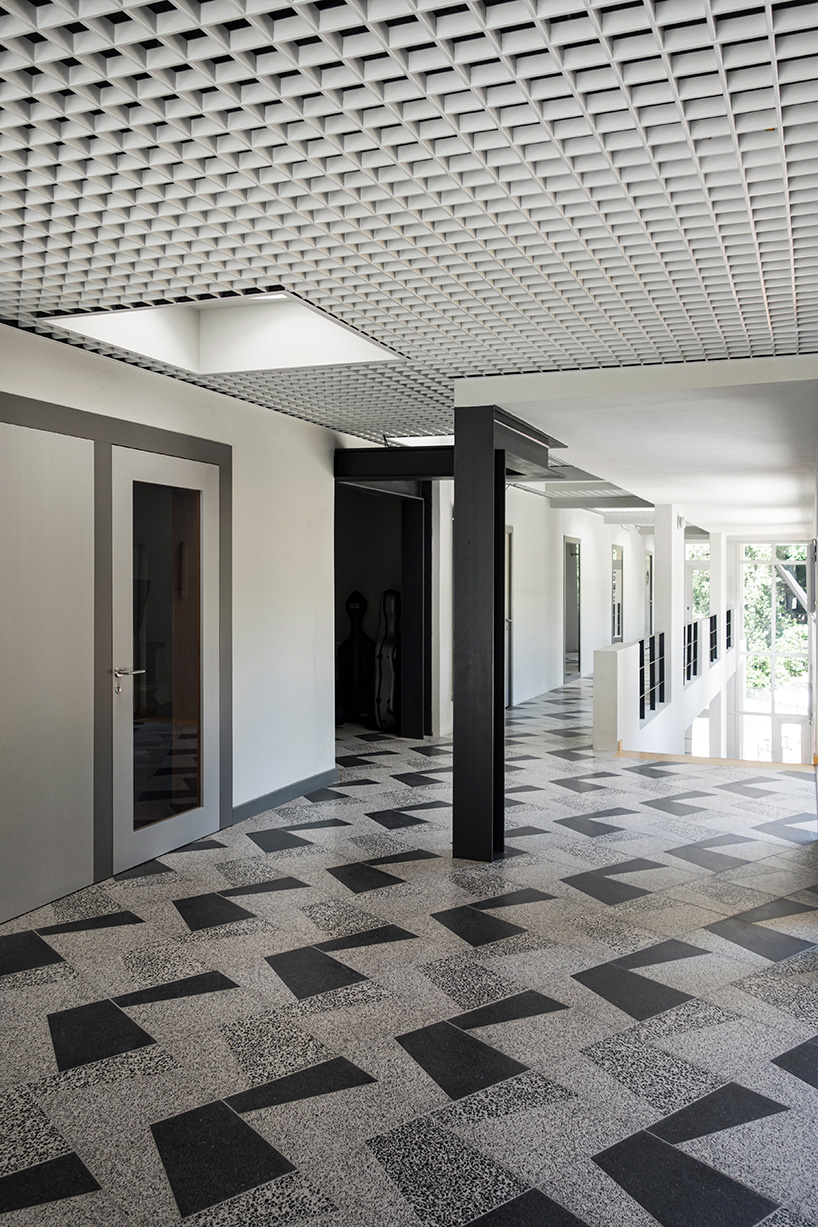 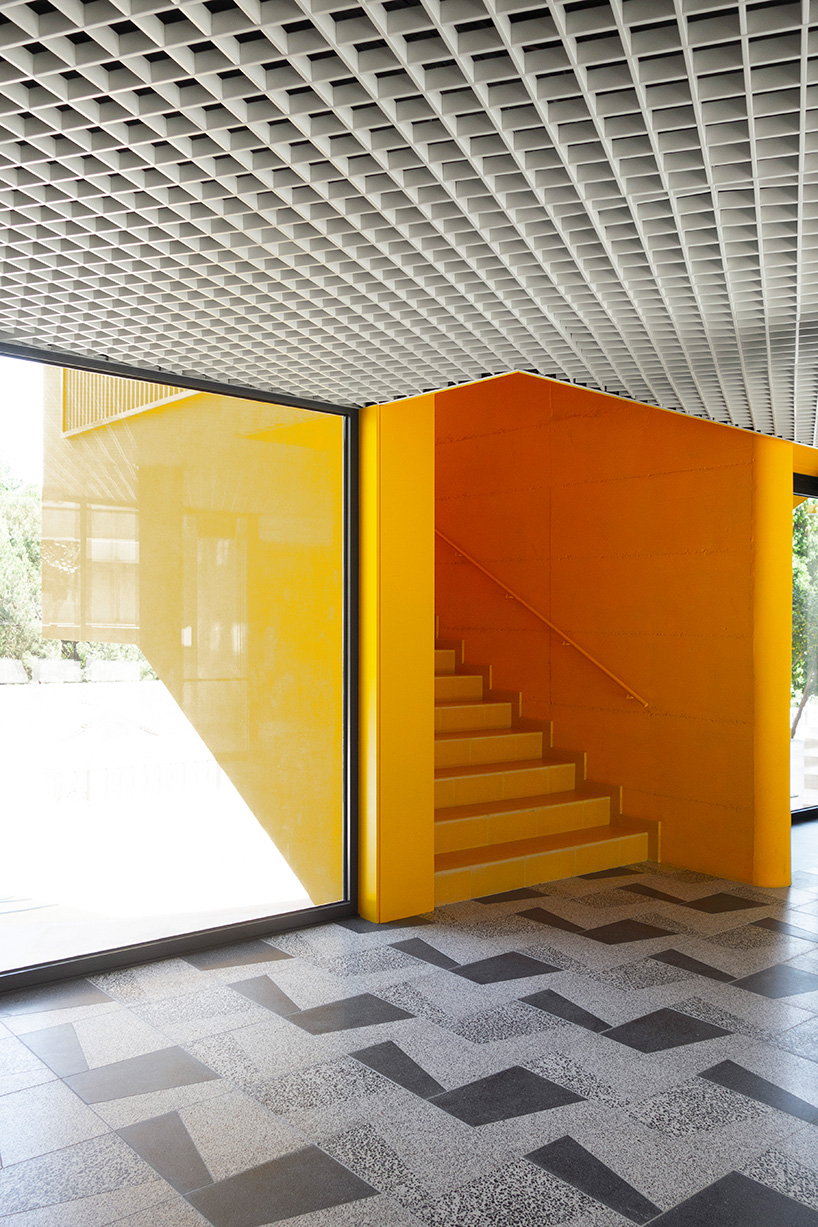 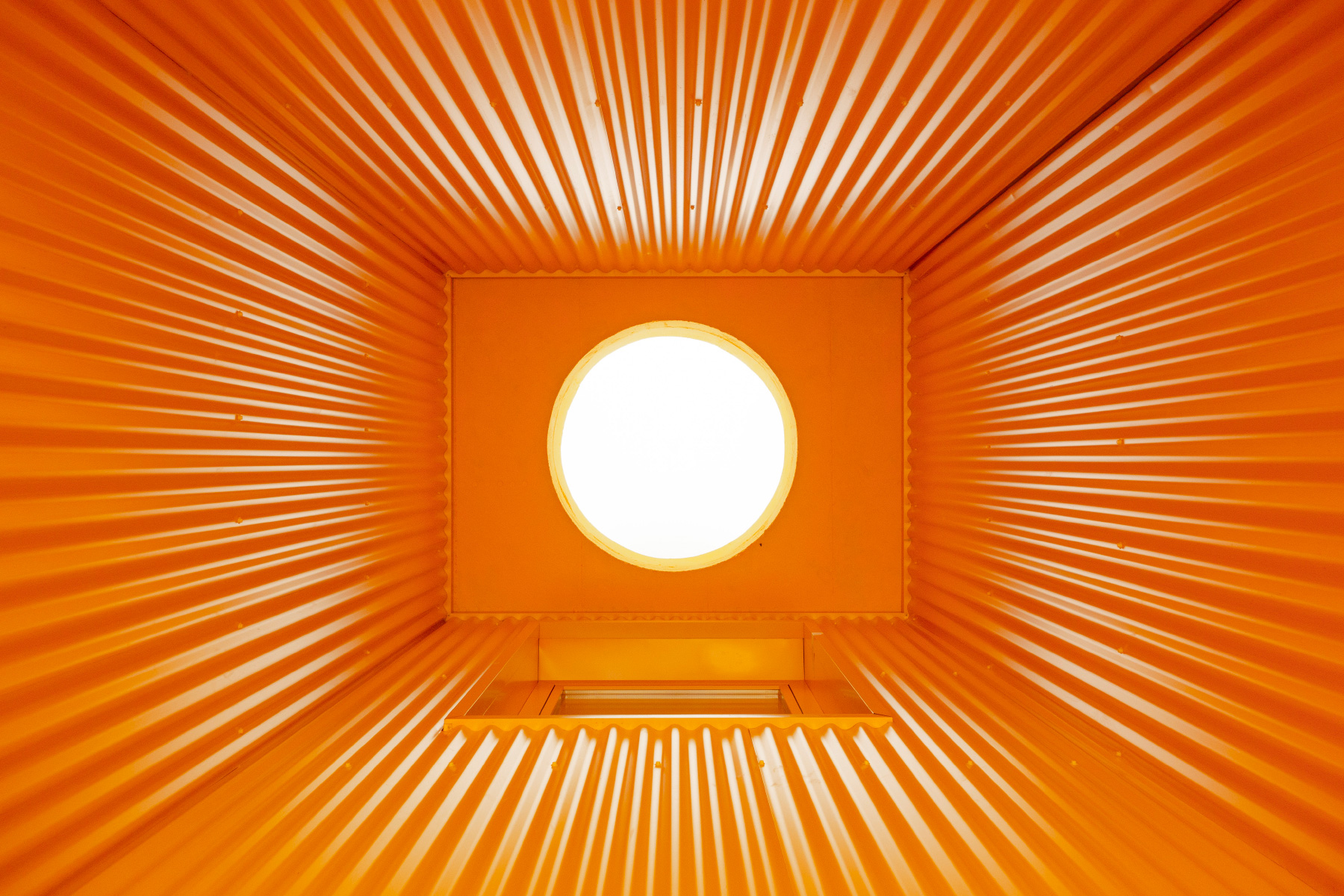 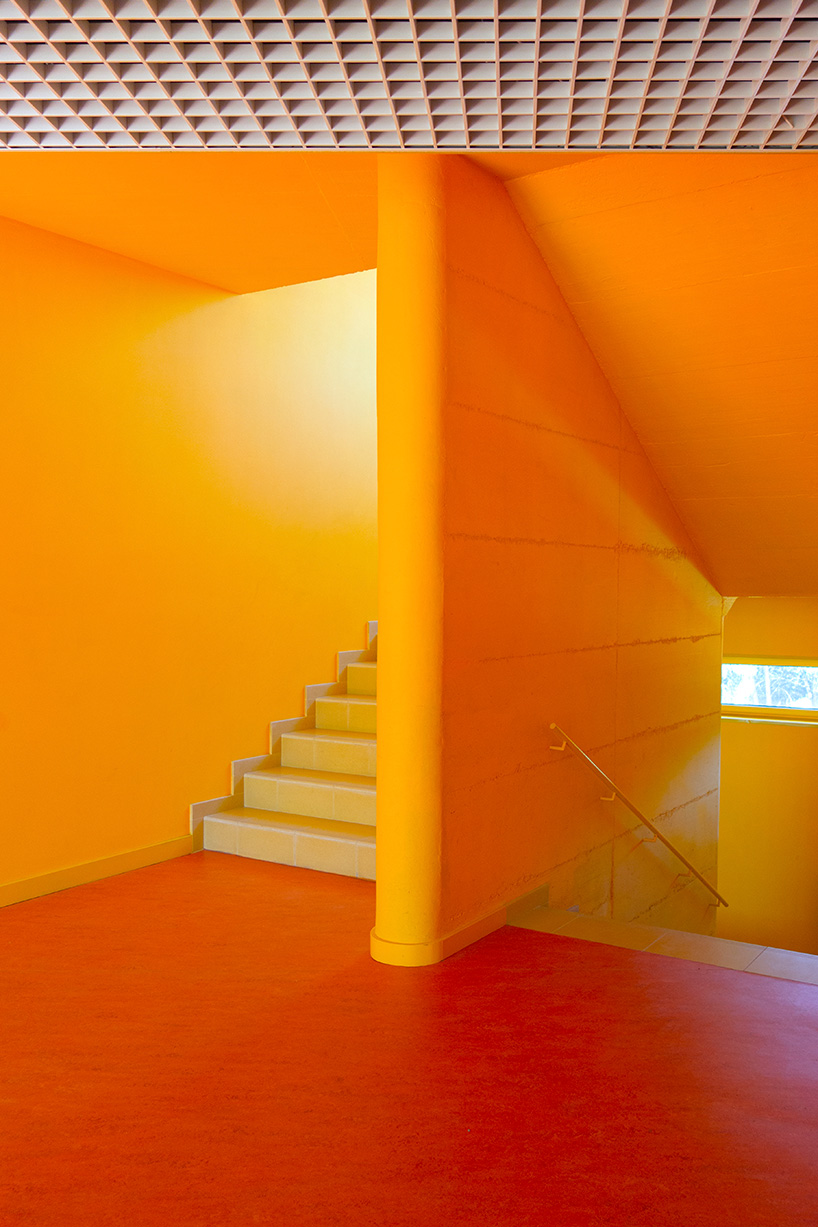 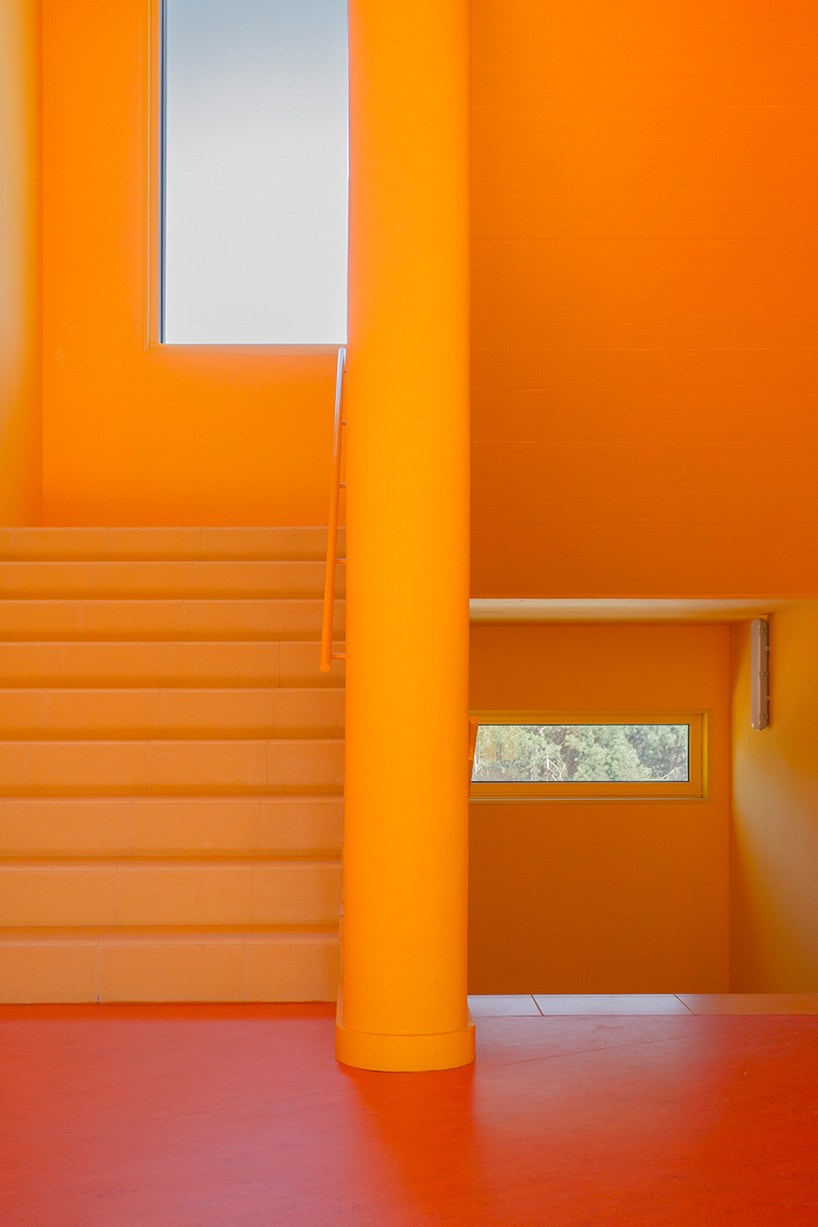 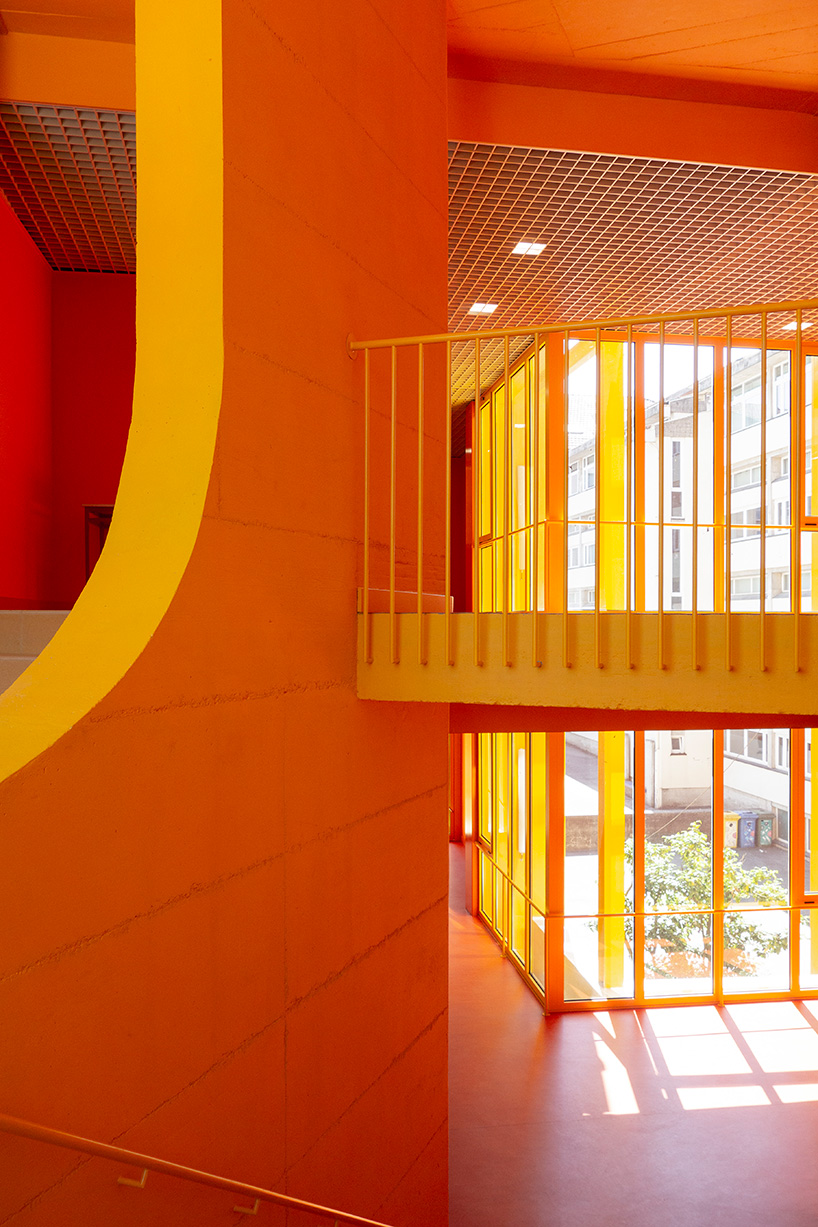 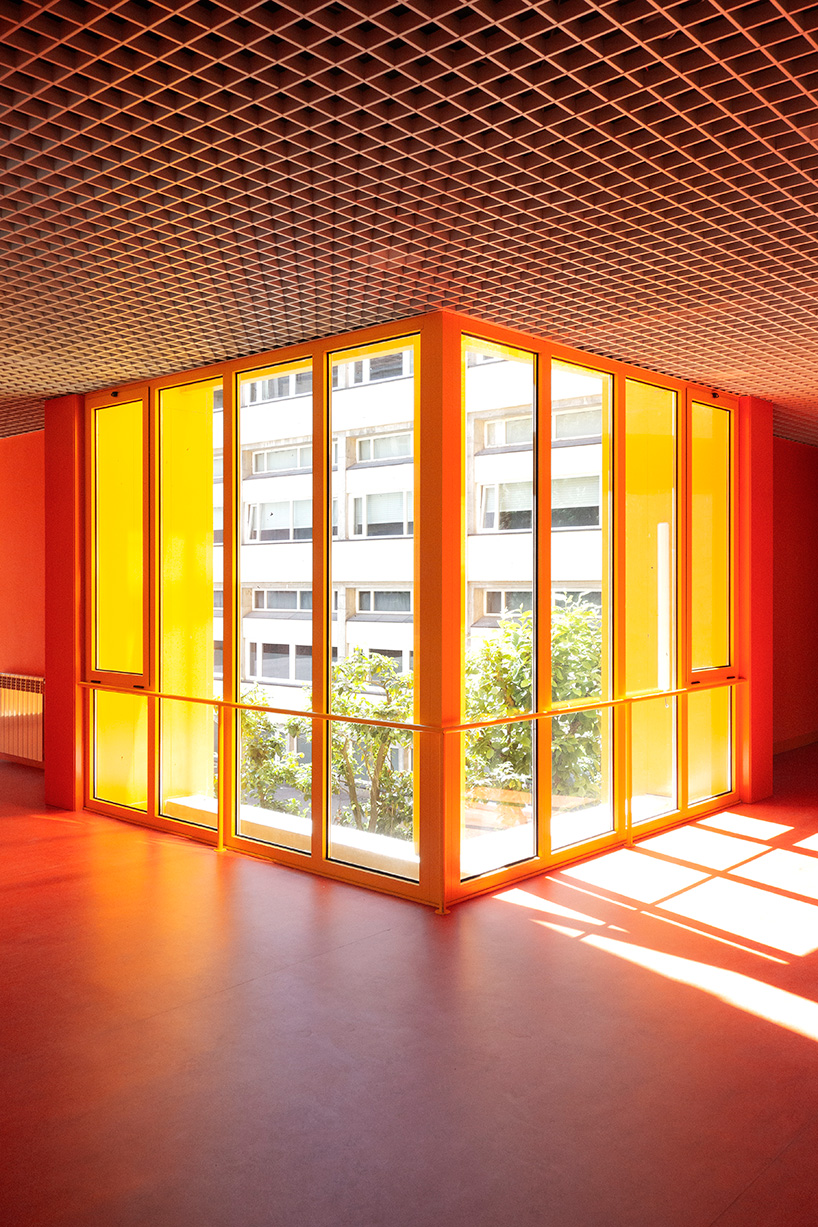 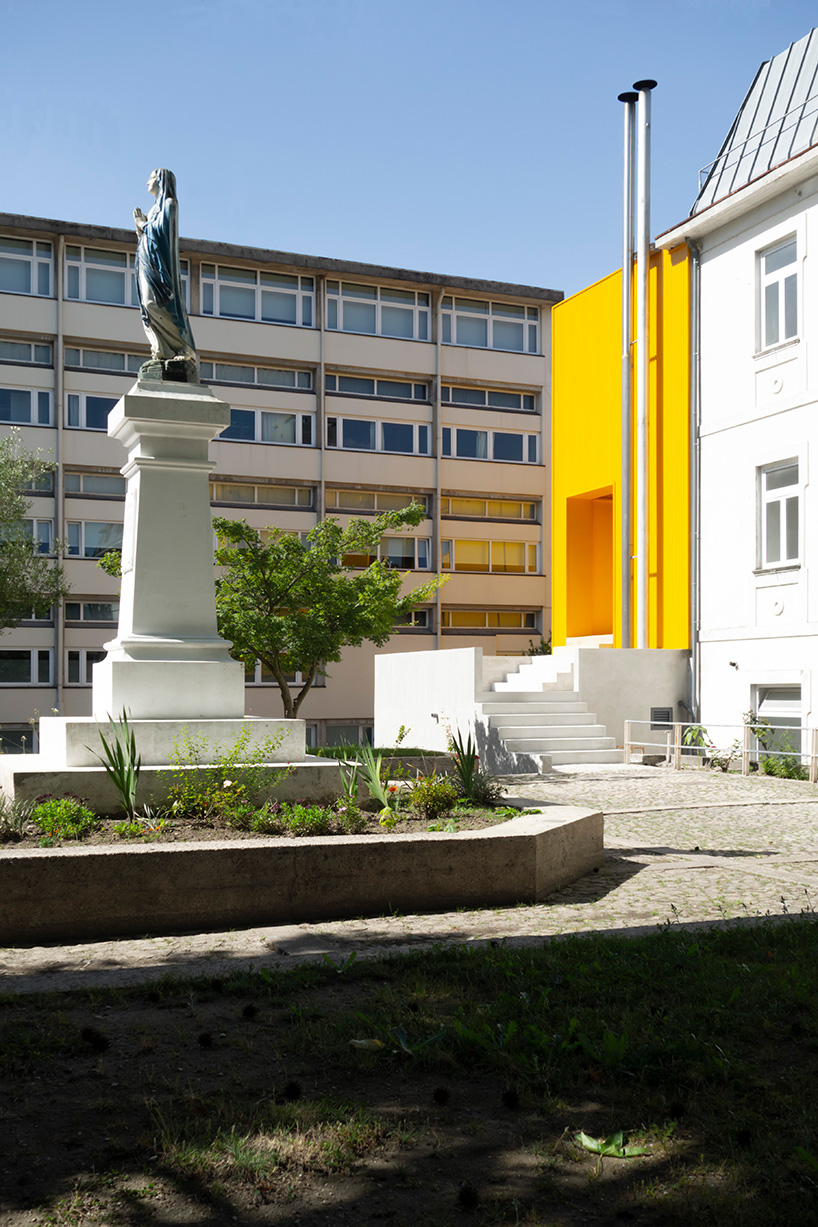 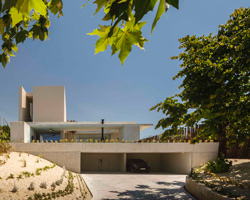 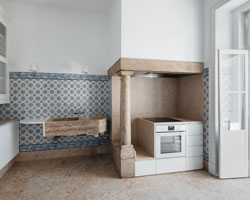 Oct 10, 2020
crossboundaries reveals images of its 'haikou school' under construction in china