on a site in suburban melbourne, surrounded by large residential properties, australian studio austin maynard architects has completed a modest dwelling with large openings and a strong connection with its context. named ‘that house’, the design is a response to the indulgent scale of sprawling australian homes — which are among the largest in the world. ‘a stable economy, aspirational culture and relatively flat topography have enabled australians to occupy homes that are far bigger than they require,’ explain the architects. ‘melbourne’s flat landscape, loose topographical boundaries and rapidly growing population have meant that large homes have spread over the food belt and into arid areas.’ austin maynard believes that as a result of large homes and their associated sprawl, services and infrastructure are stretched at great expense to the public, both financially and environmentally. dwellings with deep floorplates are less responsive to the climates of australia’s cities, meaning that heating and cooling demands are increased. this urbanization also results in more residents requiring the use of private cars — a means of transport considered to be environmentally harmful. ‘in short, large homes are an environmental disaster for our cities, whilst also being a cultural and social disaster for our communities,’ surmises the design team. 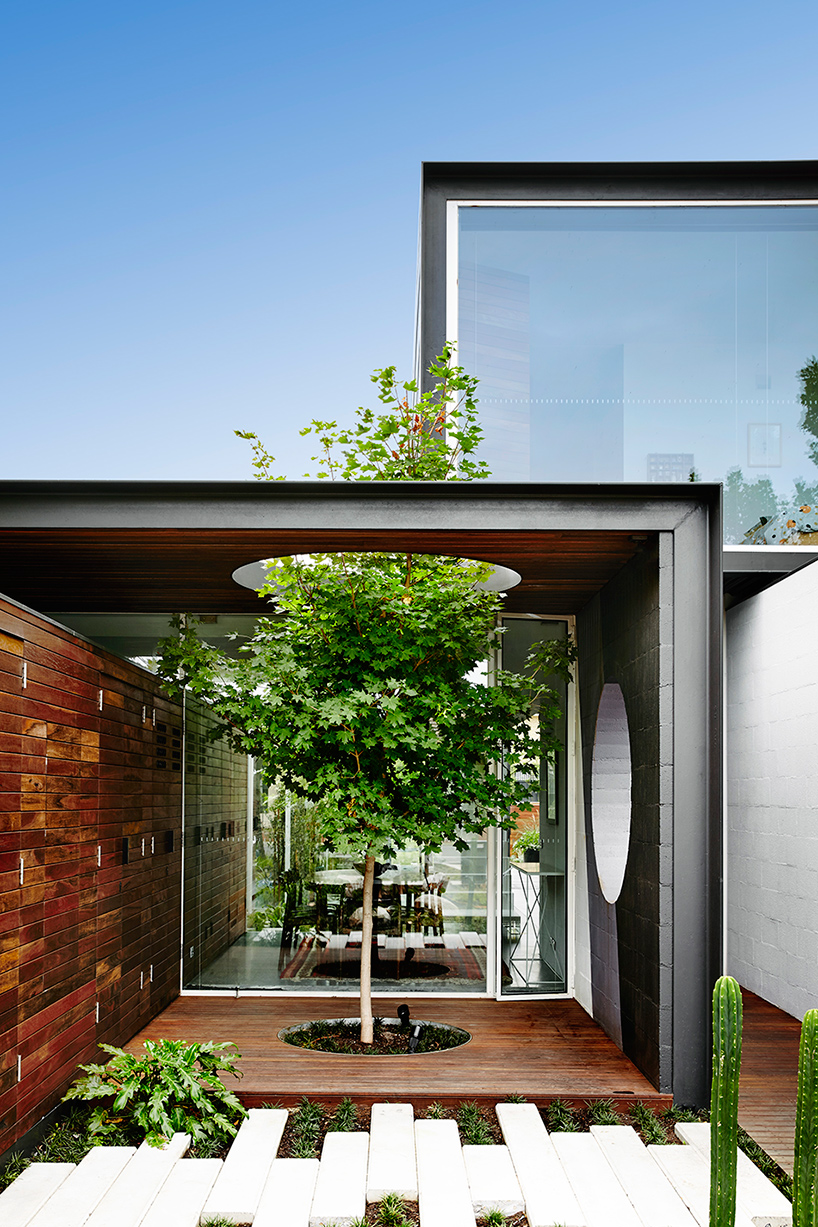 rather than considering their property reclusive, the clients wanted a home that opened up to the community with large glazed openings. despite this transparency, areas of the home must meet levels of privacy, particularly at certain times of day. consequently, upwards blinds have been installed in place of the traditional downward mechanism that provides little privacy until it fully descends. ‘an upward blind enables you to cut-out almost all view into a home while still being able to look out to the garden, and the street beyond,’ explain the architects. ‘this gives control over all levels of privacy and intimate control over the light let into each space.’

the layout means that someone could be reading in the study, while another family member watches TV

internally, the ground floor is ostensibly open; however, the arrangement of individual spaces allows the owners to be together, secluded, or at any level of engagement in between. ‘running through most of our projects is the concept of being alone, together,’ adds austin maynard architects. ‘in its simplest terms, we aim to have secluded spaces within shared spaces. we’re not fans of open-plan living.’ the layout means that someone could be quietly reading in the study, while another family member watches television. the architects believe that if living spaces can adapt to meet a variety of conditions, there is no need for a huge house with an abundance of rooms. 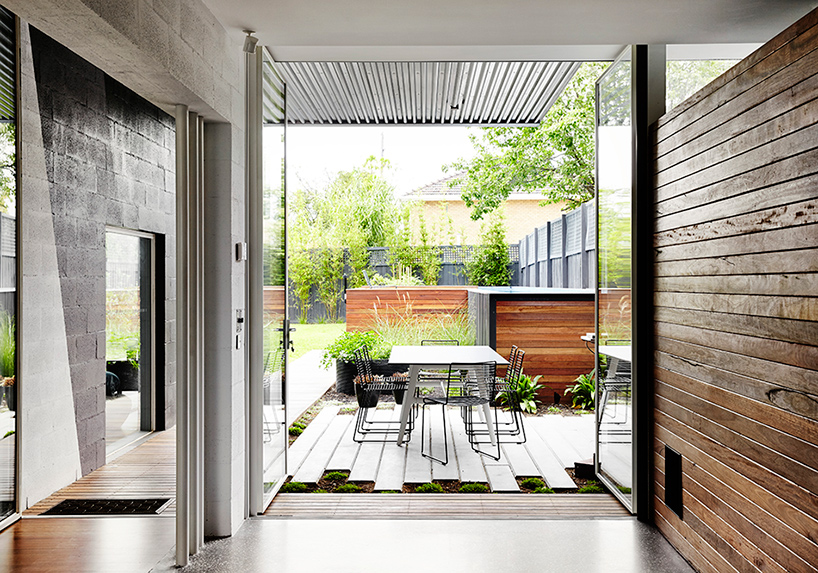 from an environmental perspective, the building optimizes passive solar gain. there are no windows on the western façade, while glass is limited across eastern elevations. a large water tank has been buried in the rear yard, while all roof water is captured and reused to flush toilets and water the garden. photovoltaic panels with micro-inverters cover the roof. ‘the anxiety of not having enough space, or leaving something out that you may need later, is a real fear,’ say the architects. ‘however with good design and planning, modest size homes are not compromising. in fact, due to their access to the garden and the sophisticated nature of their internal spaces, well designed smaller homes are far superior to their bulky, poorly-considered neighbors.’ 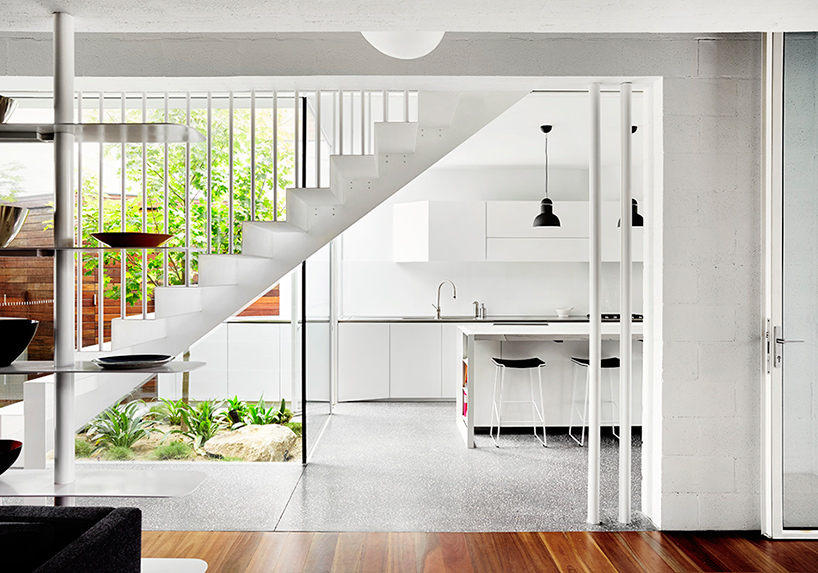 ‘we’re not fans of open-plan living,’ state the architects 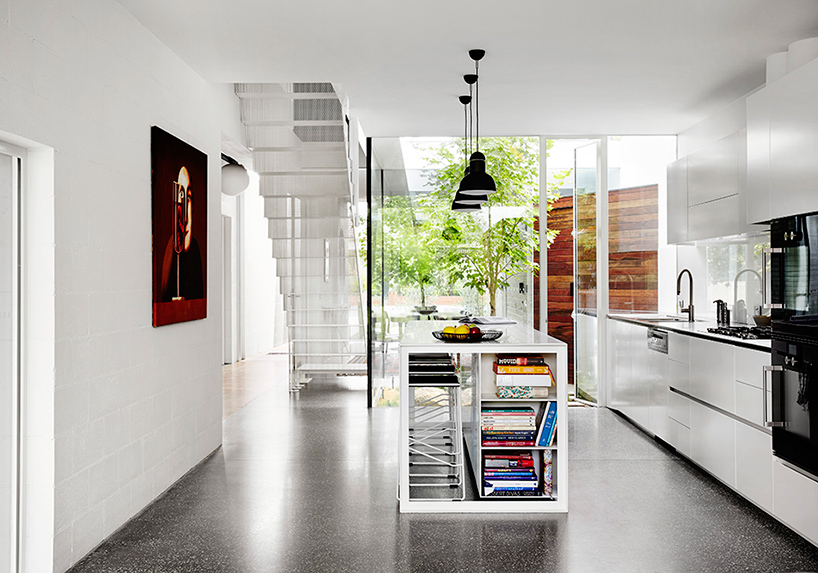 the kitchen at ground floor level 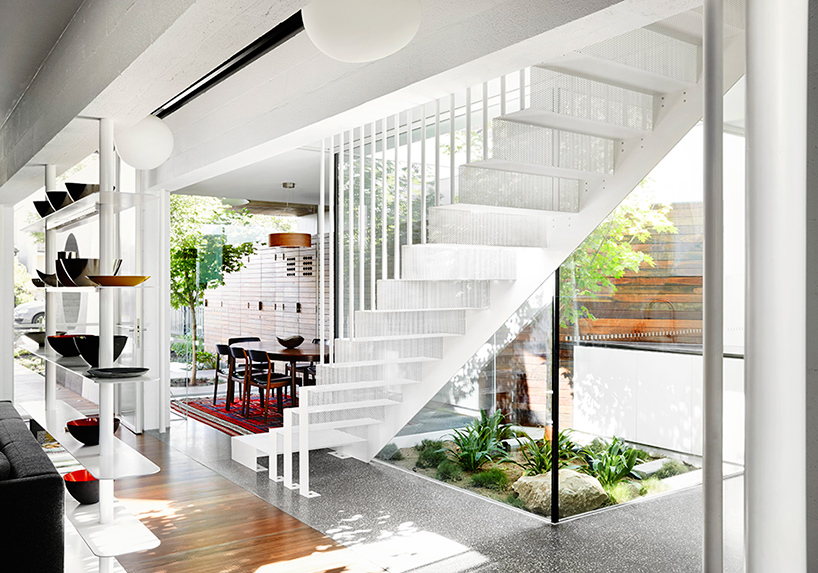 the internal program consists of secluded spaces within shared spaces 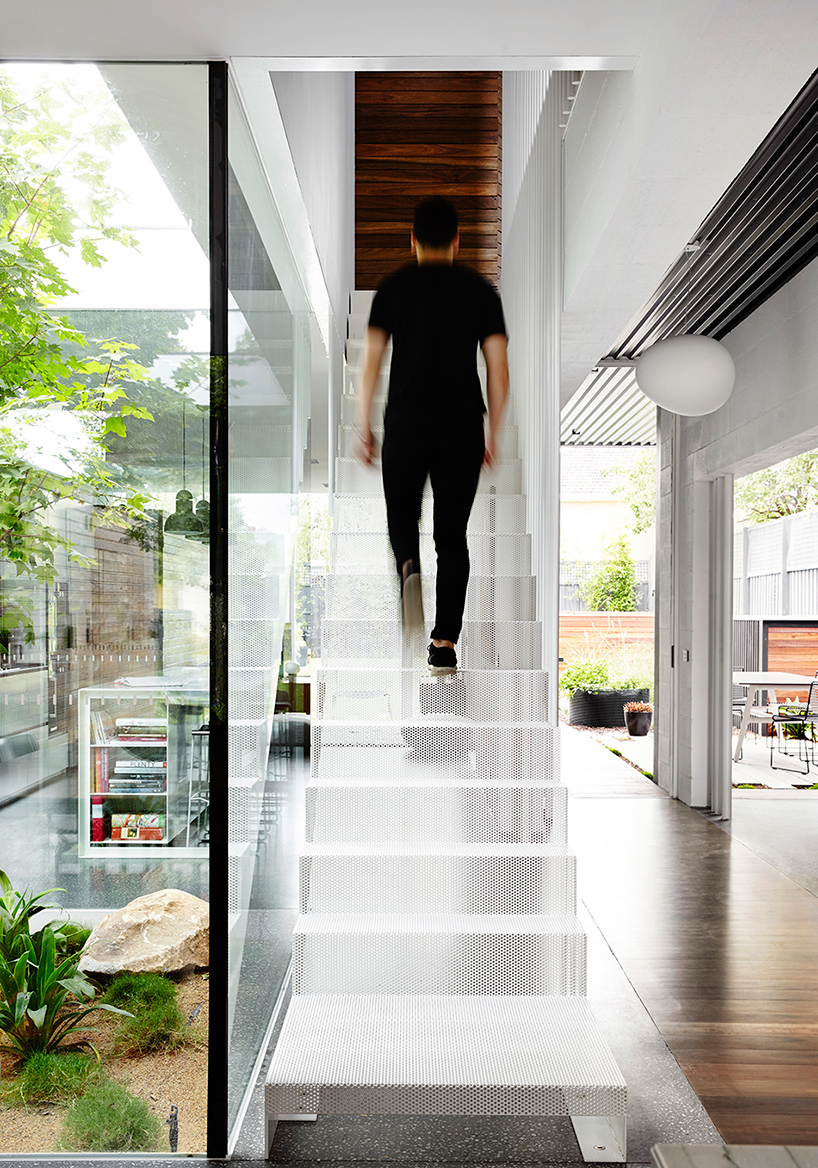 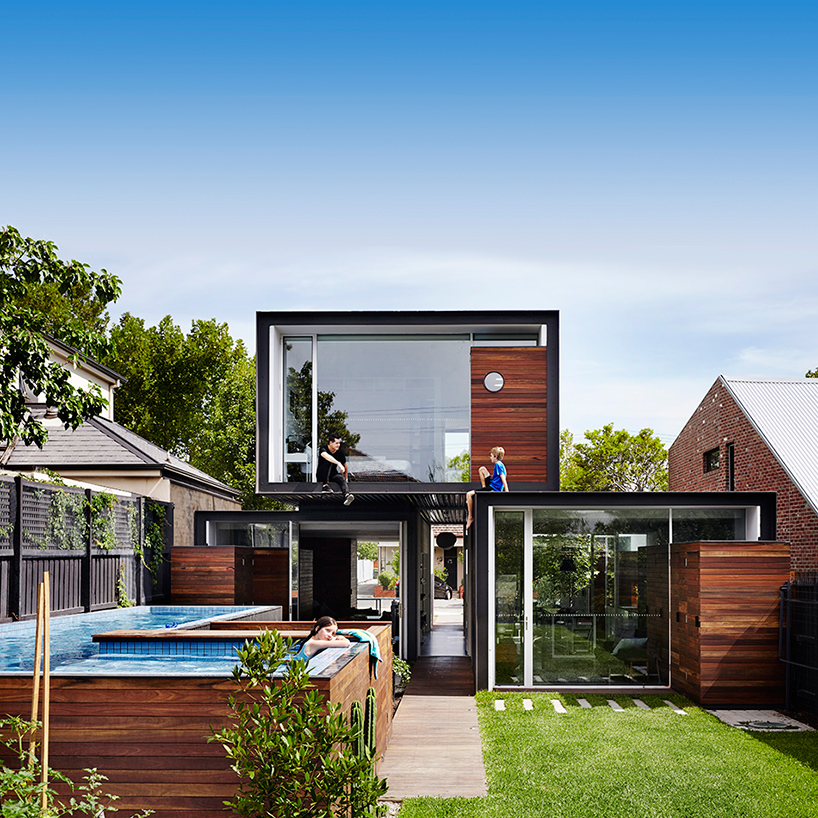 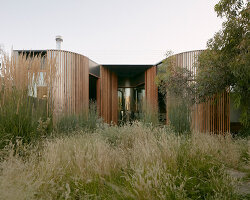 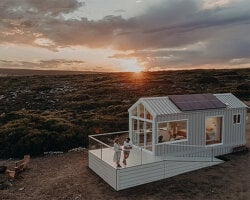 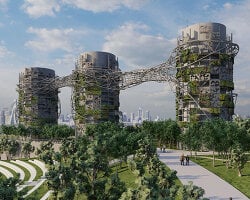 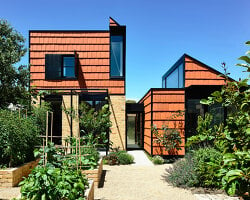 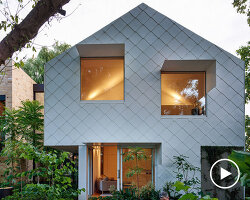 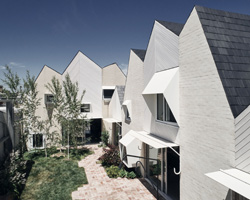 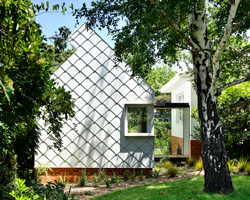