the final selection of entries from the national ‘designs for australia’s cities 2050+’ competition has been announced and will be exhibited in the australian pavilion at the venice architecture biennale 2010.

australia is one of the most urbanized continents on earth, with 93% of people living in cities. the 17 selected proposals are visions of australia, depicting cities 40+ years in the future. these architectural ideas comment profoundly on urban density and sprawl and will act as a catalyst for debate. 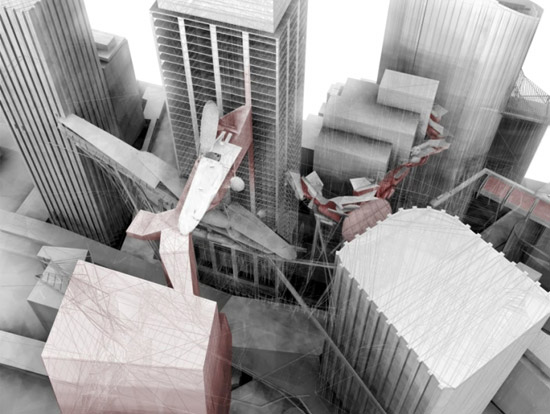 the proposals at the ‘now + when australian urbanism’ show will be presented in two-parts. the ‘now’ element will highlight six of australia’s most interesting urban and anti-urban regions as they are, before dramatically representing the recently selected, futuristic urban environments from the competition imagining ‘when’ we reach 2050 and beyond. 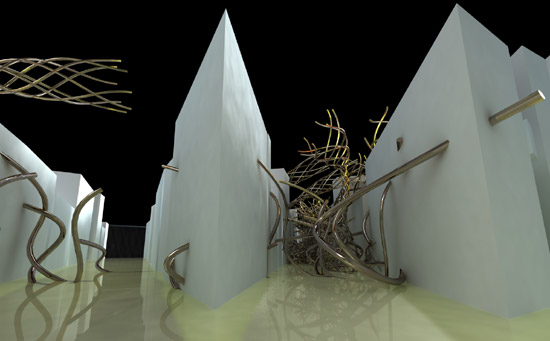 ‘now + when australian urbanism’ will be exhibited on a 3d stereoscopic technology which invites visitors to move around these urban scenes and experience the urbanized worlds from different perspectives. a total of 17 proposals were chosen from a shortlist of 24 selected from 129 competition submissions.

the competition was intended to liberate architects from planning and design constraints to encourage hypothetic visions. shortlisted ideas range greatly in their proposals. examples include suggestions for new cities housing between 50,000-100,000 people in current desert areas to address australia’s expected population growth. others suggest the construction of cities in which urban development is concentrated in ‘peripheral’ areas, such as large landholdings on university campuses and ‘big box’ shopping centers to establish a series of interlinked, self-sustaining districts dispersed along a transport ring. 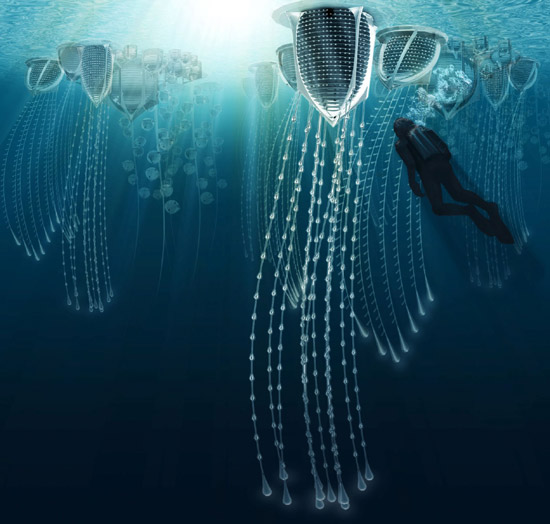 some of the final entries to be showcased include ‘ocean city’ by arup biomimetics. it is a proposed underwater city, syph, spawned from the rising interest in biomimetic practices and materials in the advent of climate change. here the migration of the australian population from land to sea due to the sky-rocketing value of disappearing land, provides an opportunity to develop a new cityscape. the design features a collection of specialized organisms or pods. some pods are energy producers, some industrial, and others are used for sustainable farming and food production. 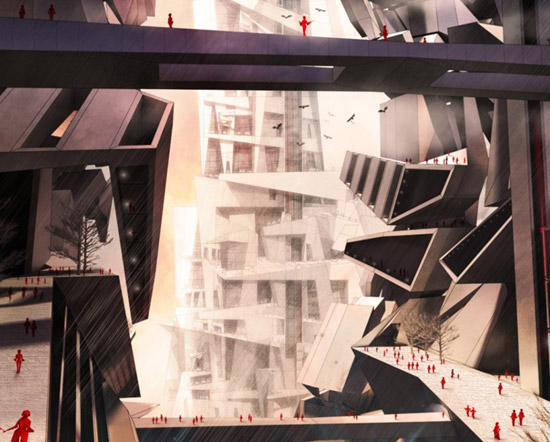 ‘the fear free city’ is a future city, free from the fear of crime and antisocial behaviour, where many open spaces and all local amenities are within walking distance. free from commuting, people enjoy more recreational time. movement is not limited to ground level, but happens at all levels allowing for extensive views of the city and surrounding country side. 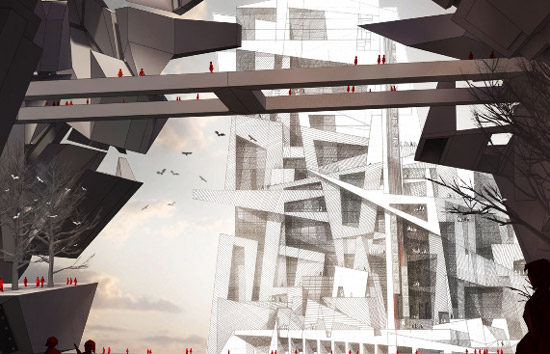 the design for ‘island proposition 2100’ seeks to capture hyper-connectivity of urban city life. the ip2100 spine contains a system of hybrid infrastructures, which will link future urban centres and their territories. the spine will transport people and goods using magnetic levitation (maglev) technology, carry energy, water and agriculture goods, convert ‘waste’ to resources, and provide living, industrial, and commercial spaces along the network. the linear axis will minimize sprawl and concentrate growth along its route, significantly reducing the time and pollution of current travel. 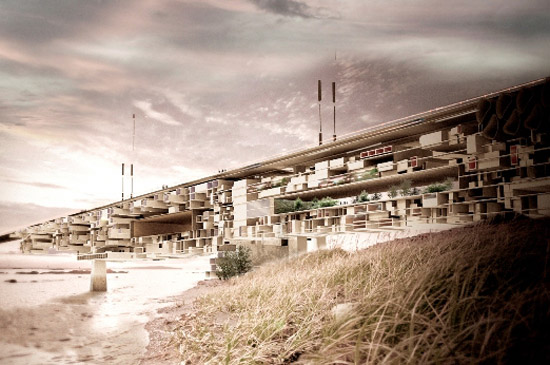 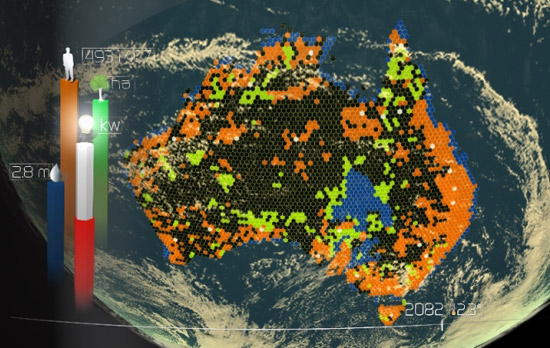 ‘terra form australis’ is a massive landscape intervention that proposes the construction of a channel from australia’s lake torrens onto lake eyre. the high levels of inland evaporation drives a continual flow of water, generating hydro power. dry inland air becomes super-saturated as evaporation is carried on prevailing winds to the traditional ‘food bowl’ of the east coast, thus, restoring rainfall. 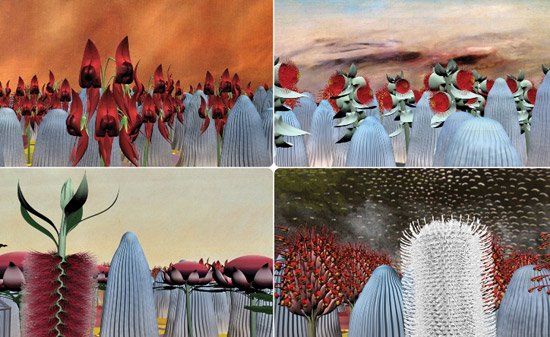 ‘a city of hope’, edmond & corrigan 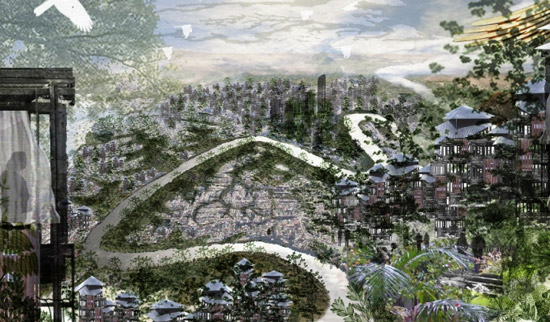 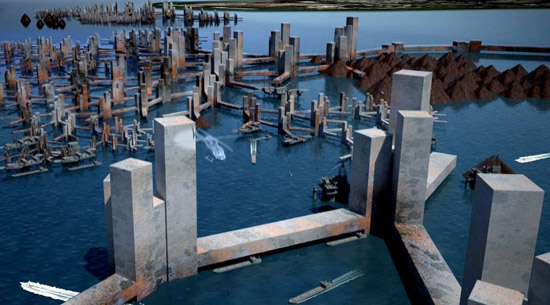 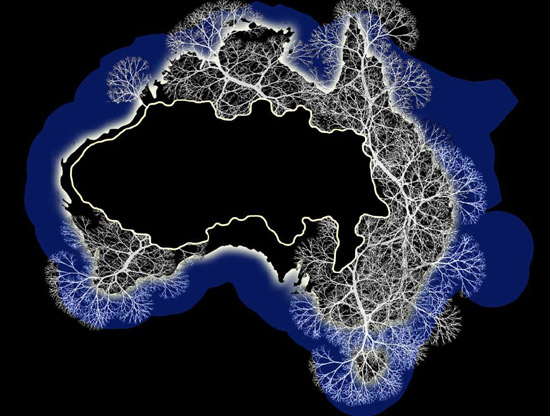 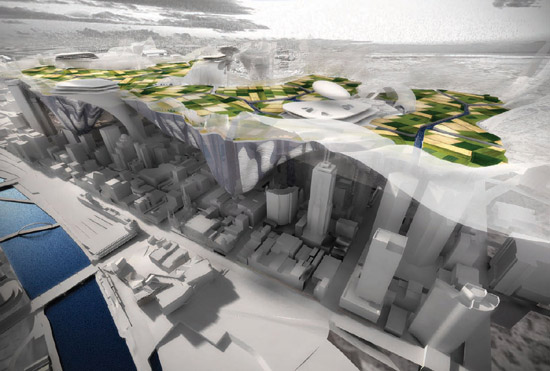 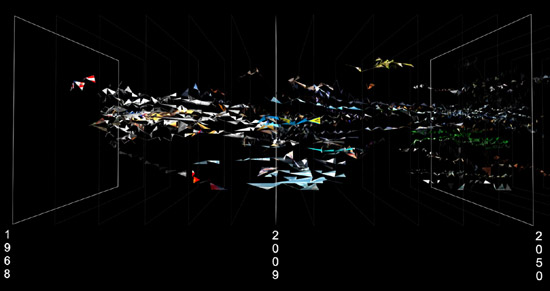 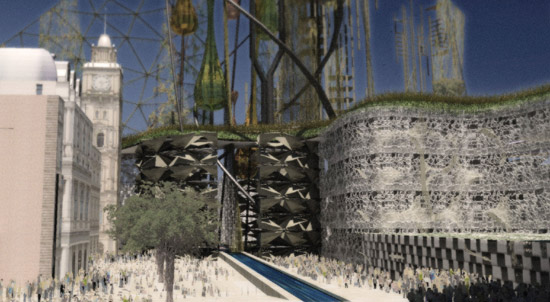 Apr 11, 2021
snøhetta's michelle delk on the skill of site planning + appreciating the architectural journey
'working together from the beginning is a way to see the world through someone else's eyes, to establish shared goals, to unearth opportunities, and ultimately, to offer new outcomes,' delk tells designboom.
architecture
102 shares
connections: +340

Apr 08, 2021
circular wooden house by mobius architekci blends into its pine forest surroundings in poland
the house is designed to resemble a large piece of a tree trunk.
architecture
+7.7K shares
connections: +2290