the austrian pavilion at the ongoing 13th international architecture exhibition features a shifting installation which entirely omits the presence of buildings and instead turns to those whom inhabit them. human figures move along the structure’s walls, responding to the visitor’s dynamic location. the starting point of the works is rooted within the advancing technological developments over the past decades with the ‘processing’ and ‘forming’ of the human body within medical and natural sciences fields. celebrating the object of research which touches our everyday lives along with these influences on the architectonic thought and the production of space are addressed with the choreography.

a social physics is produced with the interplay of the animated figures and questions arise about the role of architecture under these conditions. will architecture and the handling of our bodies change to such an extent that both areas enter into symbiotic relationships and thus abandon or swap their traditional roles? 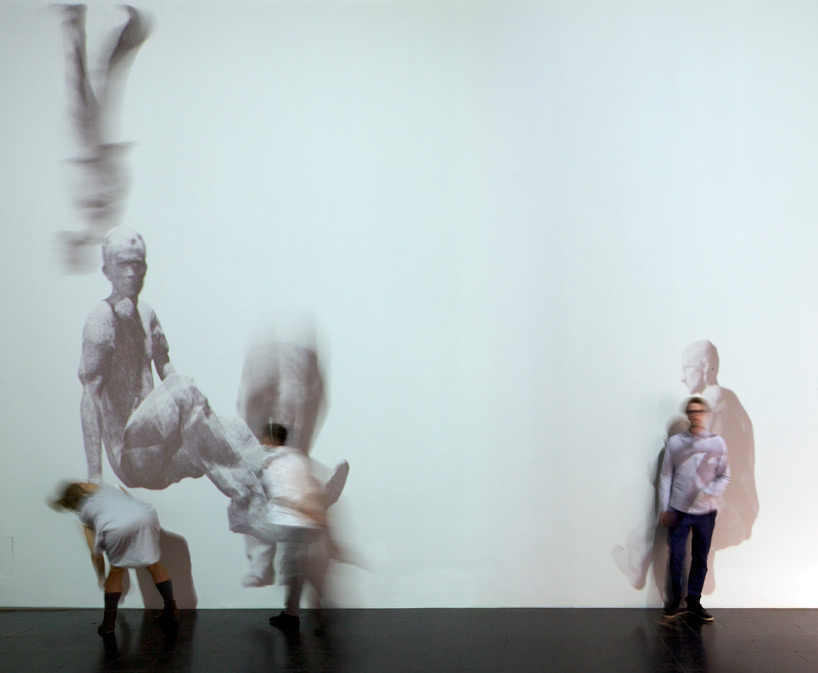 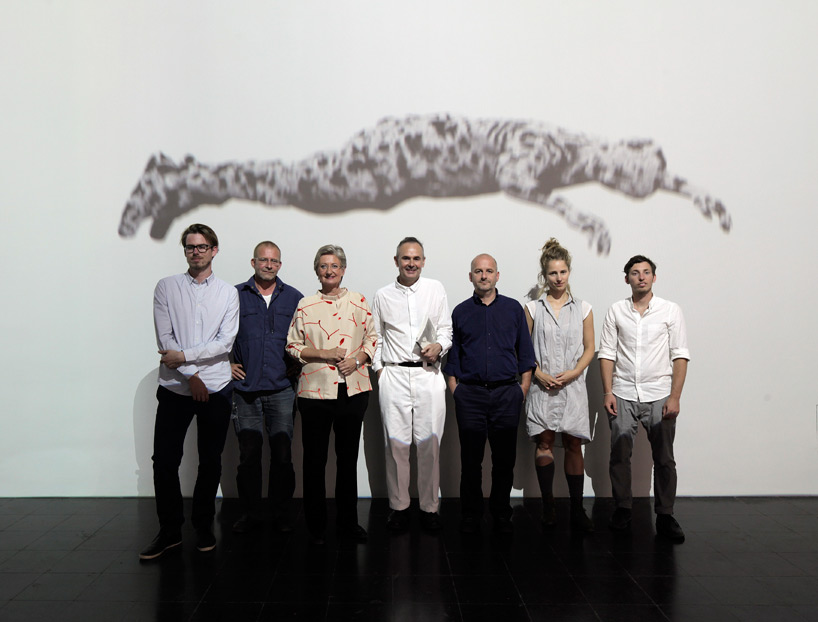 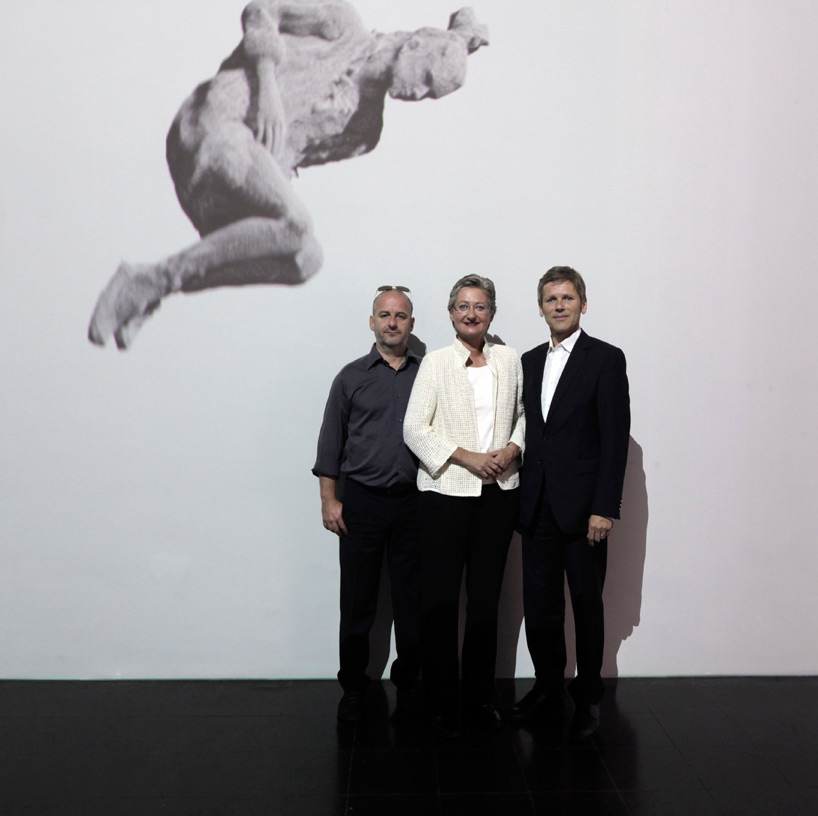