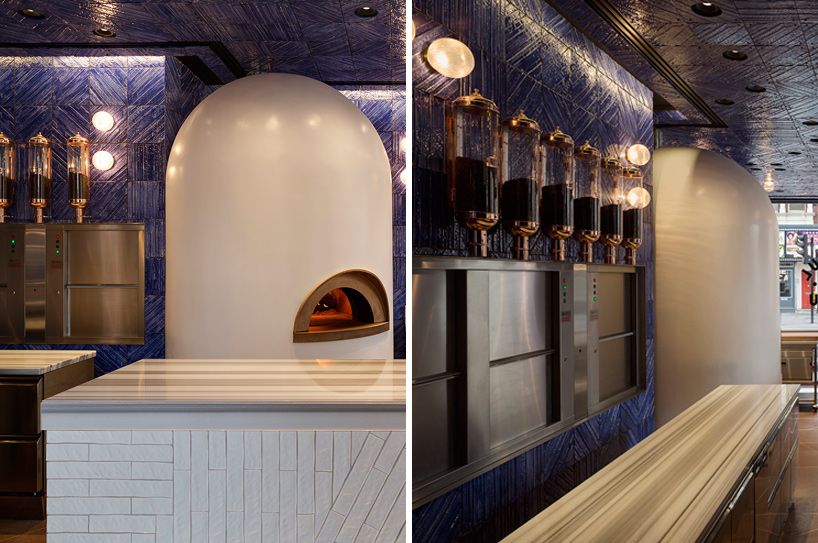 the white stove emerges from its blue tiled background

a dominant feature of the interior is the vivid blue ceramic tiles that call to mind the veins found in marmara marble. traditional turkish iznik tiles are also incorporated across different surfaces, and similar patterns are also used on some of the soft furnishings. the tiles were created by craftsmen in istanbul, at one of the few remaining ateliers left in turkey still producing handmade ceramic products. 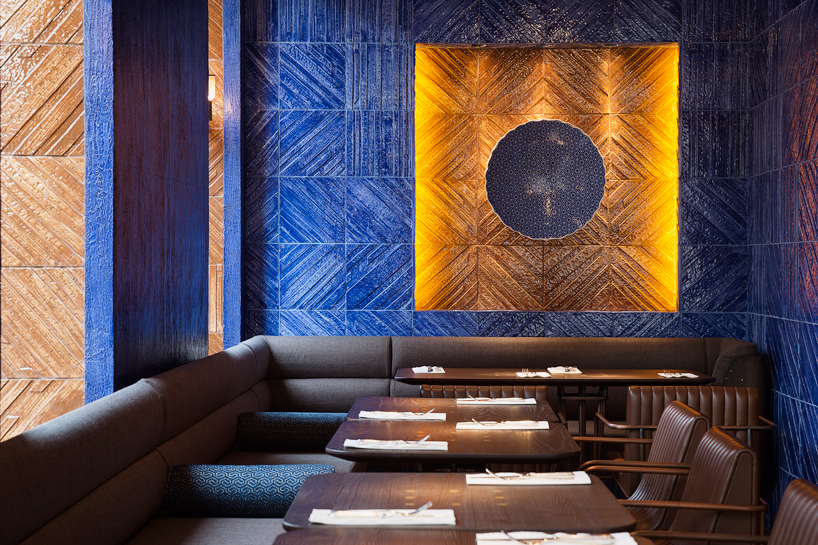 as the restaurant is housed within a late 19th century brick building, the exterior has been kept relatively simple. the texture of the façade has been attained by plastering and painting over a metal structure, resulting in a naturally weathered surface. the vivid blue tiles that dominate the interior of the restaurant are dramatically revealed through large glass windows, drawing diners inside. 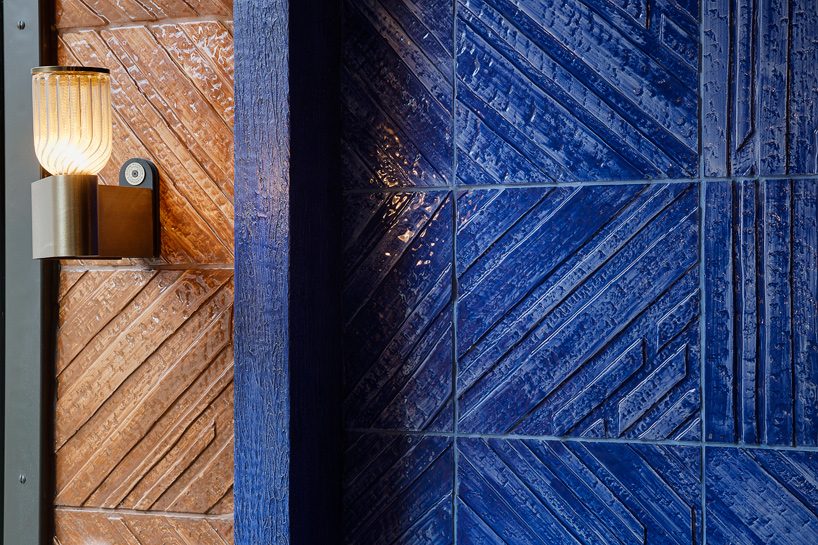 the tiles were handmade by craftsmen in istanbul, one of the few remaining ateliers left in turkey

autoban designed much of the furniture exclusively for babaji, alongside some additional signature pieces from the studio’s existing furniture collections. inlaid detailing is found in the wood banquette seating and tabletops, while brass patterns have also been placed on the back of the banquettes, making the design feature visible from the outside of the restaurant. 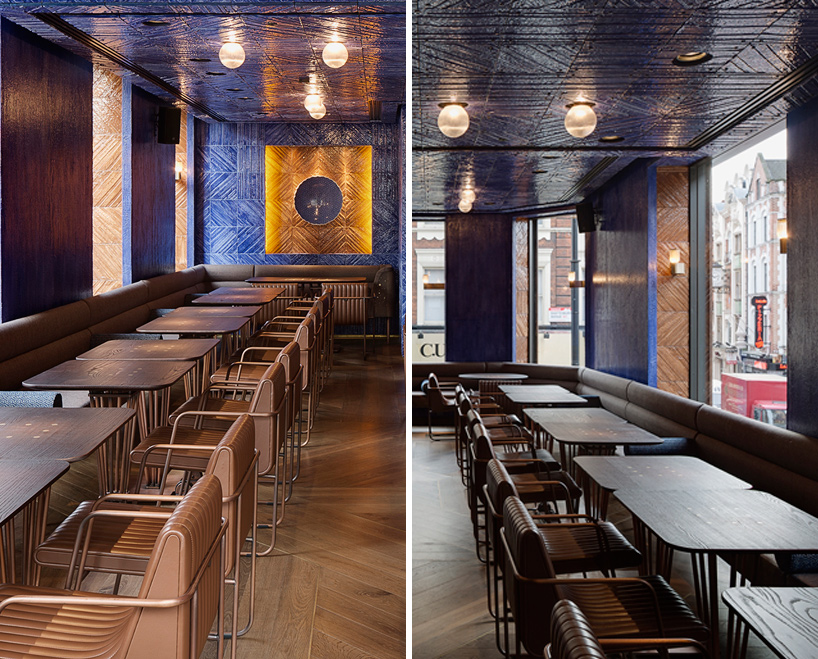 the ground floor is arranged around a large stove that forms a contemporary interpretation of turkey’s traditional stone pide ovens. additionally, there is a larger dining area at first floor level and a kitchen and smaller dining area in the basement. 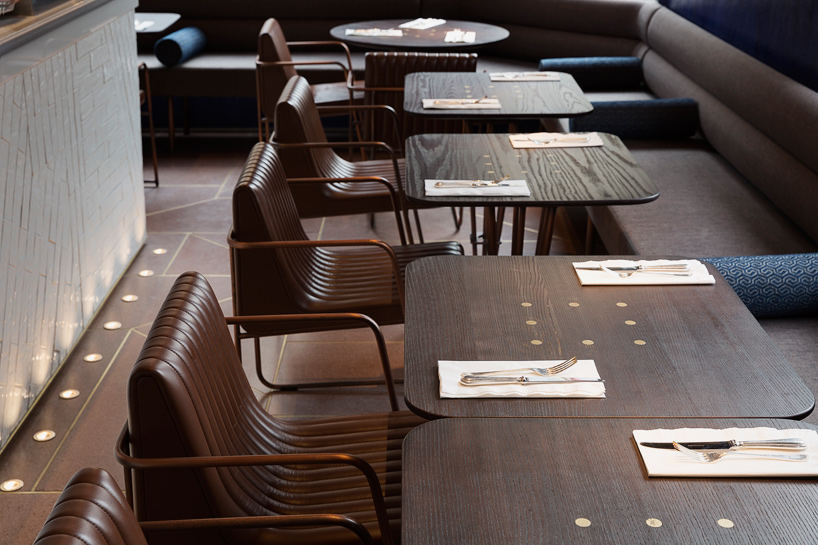 much of the furniture was designed exclusively for babaji 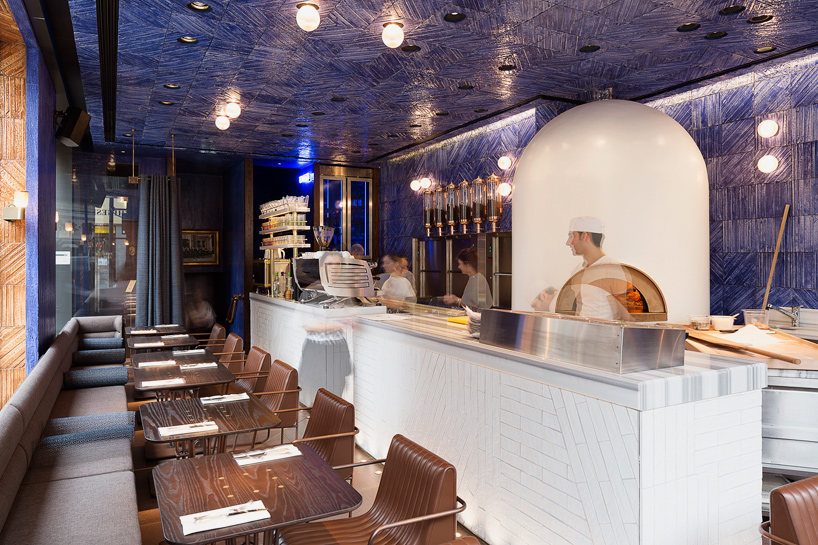 the ground floor is arranged around the stone pide oven 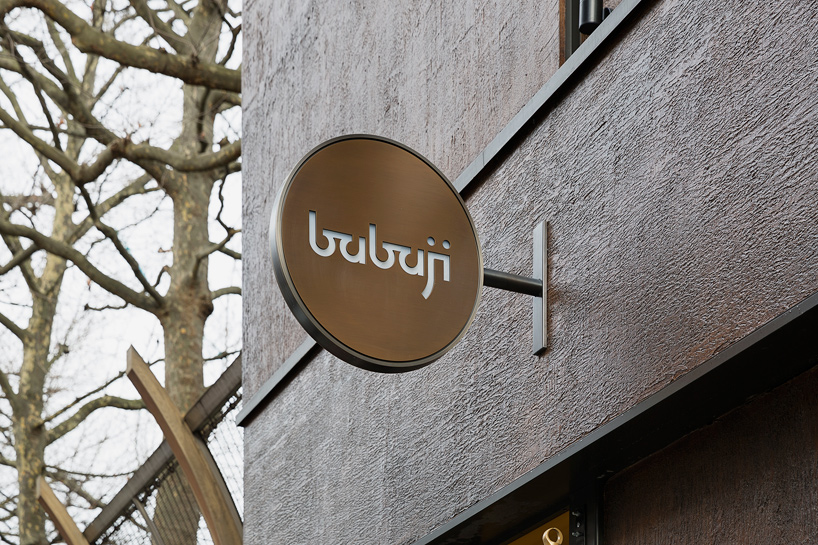 the restaurant is located in london’s soho district 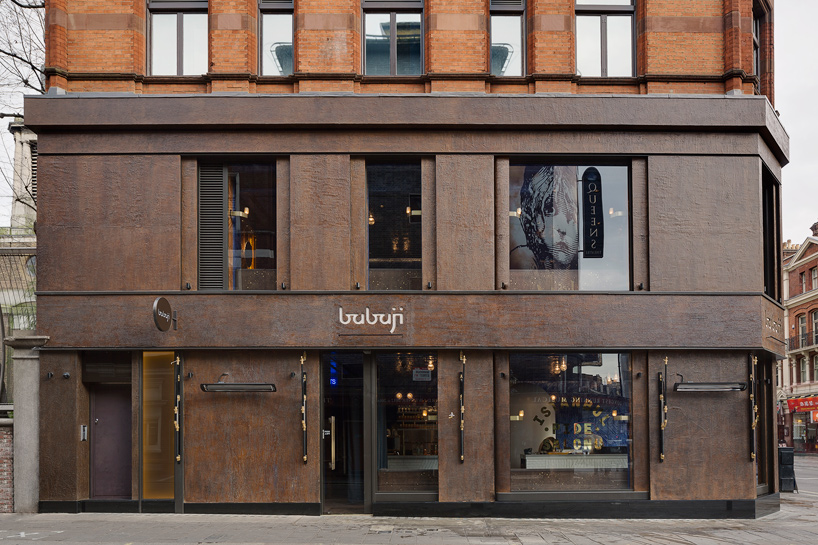 the restaurant is housed within a late 19th century brick building 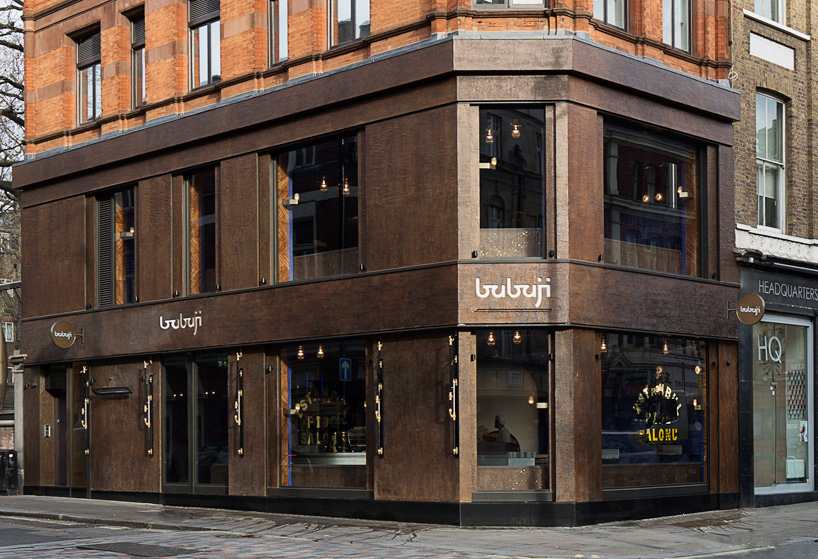 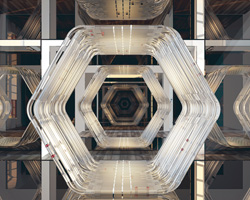 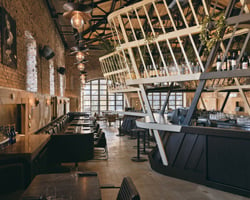 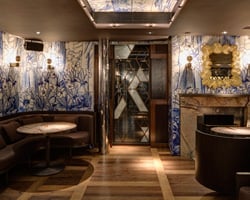 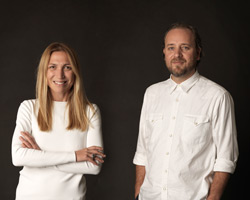