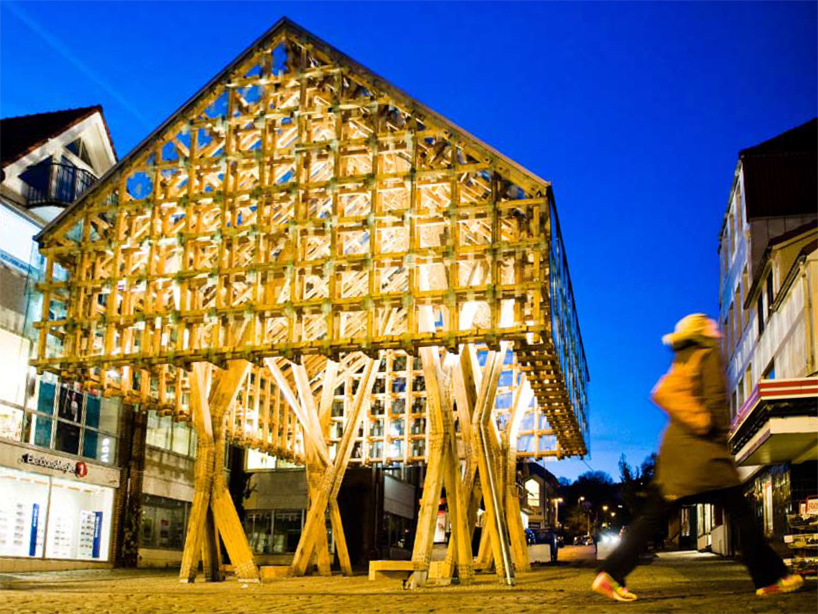 the french-norwrgian team of  AWP + atelier oslo have completed ‘lantern’, a design that won them first place in an international competition held by the city of sandnes, norway. the community, which is the second fastest developing city in norway, lacked a defined identity and welcoming public domain. in an area affected by a divided urban layout, the proposal aims to create a space that would engage and integrate civilians into the less welcoming city center. 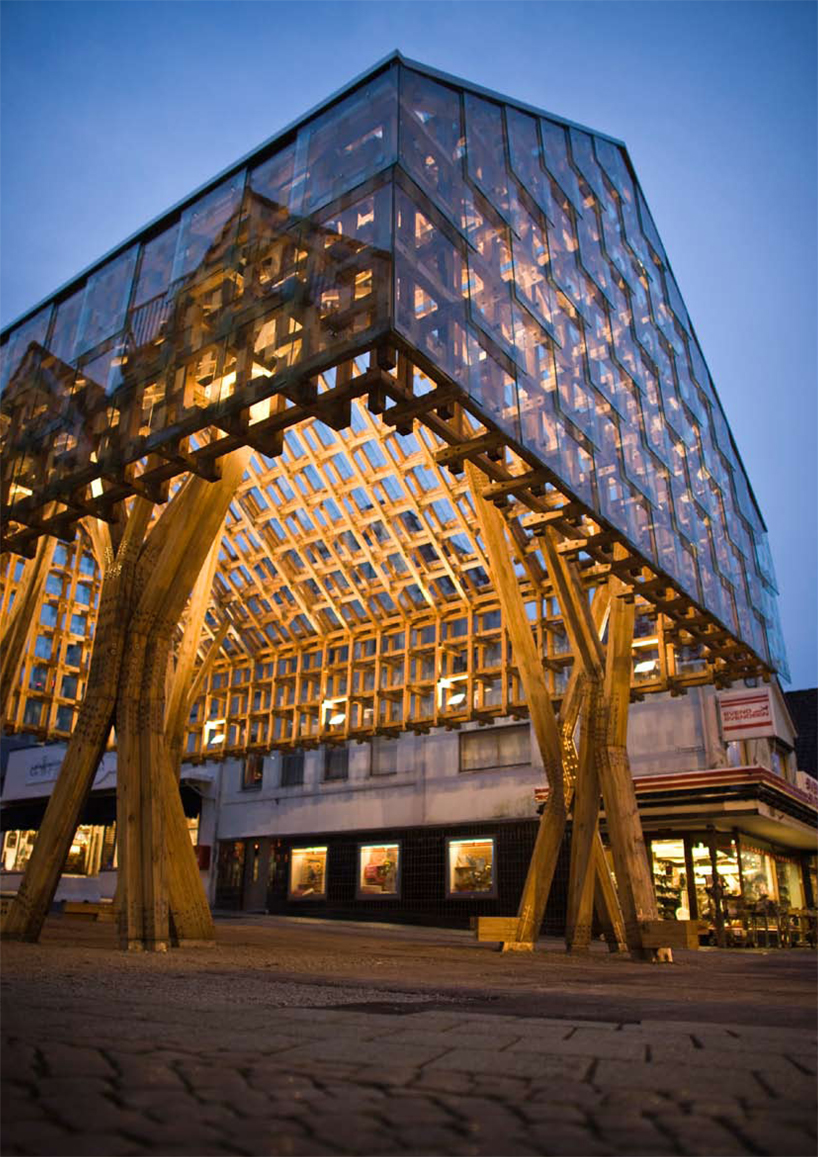 ‘lantern’, which sits in a narrow, pedestrian only square, was designed to accommodate a range of potential activities including a market and a concert venue. imagined as a place that would stimulate creativity through creativity, the tree-like pavilion becomes a sculptural object and a destination in the middle of the binary city. 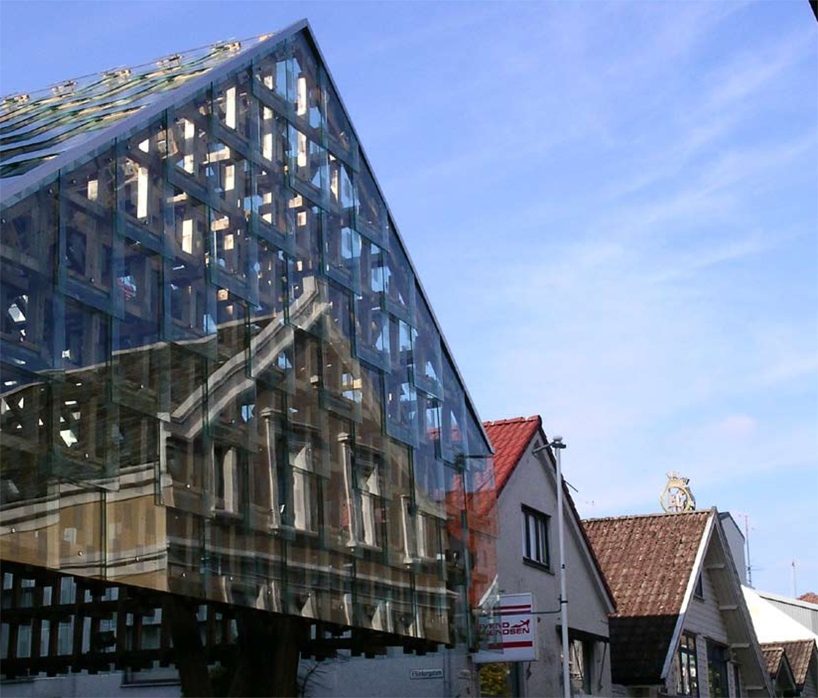 surrounding buildings are reflected in the glass shingles

featuring solid oak columns and a grid of wooden members, the structure becomes a representation of ancient norwegian architecture that has always prospered in the area. four groups of columns, both individual and beautiful, contrast the simple shape of the pitched roof, constructed from layers of overlapping glass shingles. 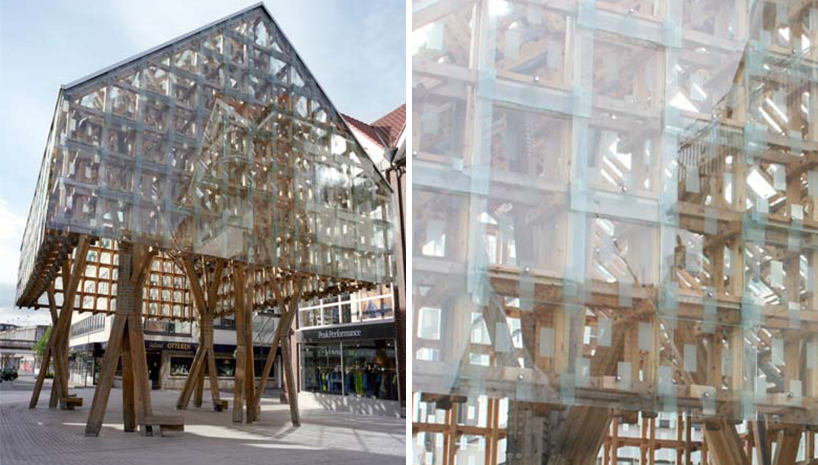 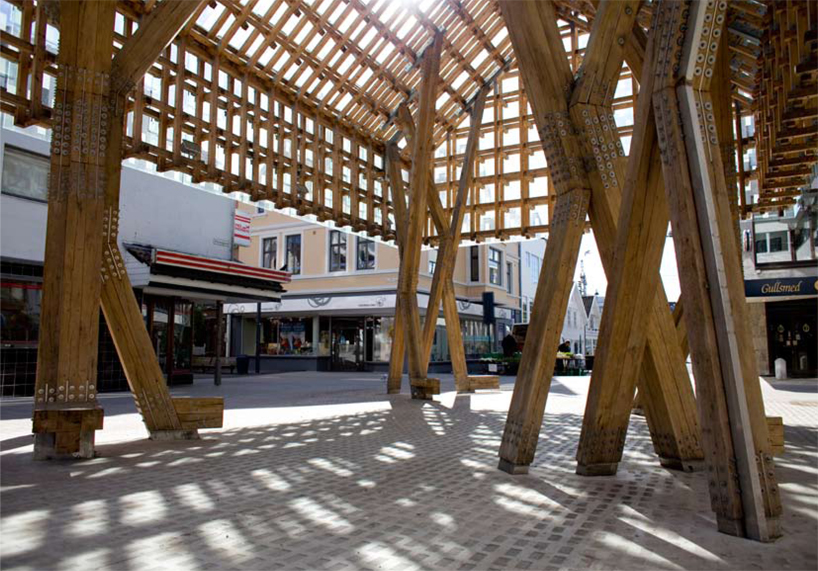 (left) front | (right) the pavilion in use 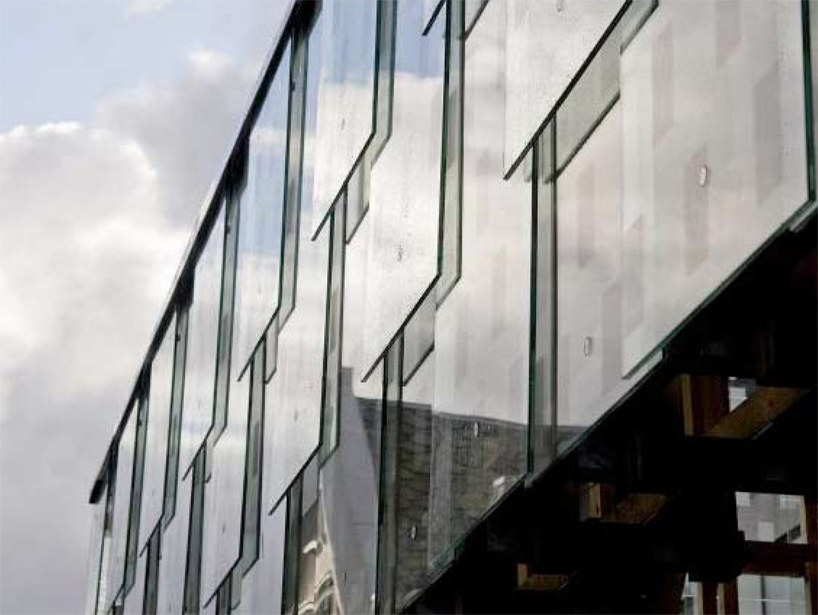 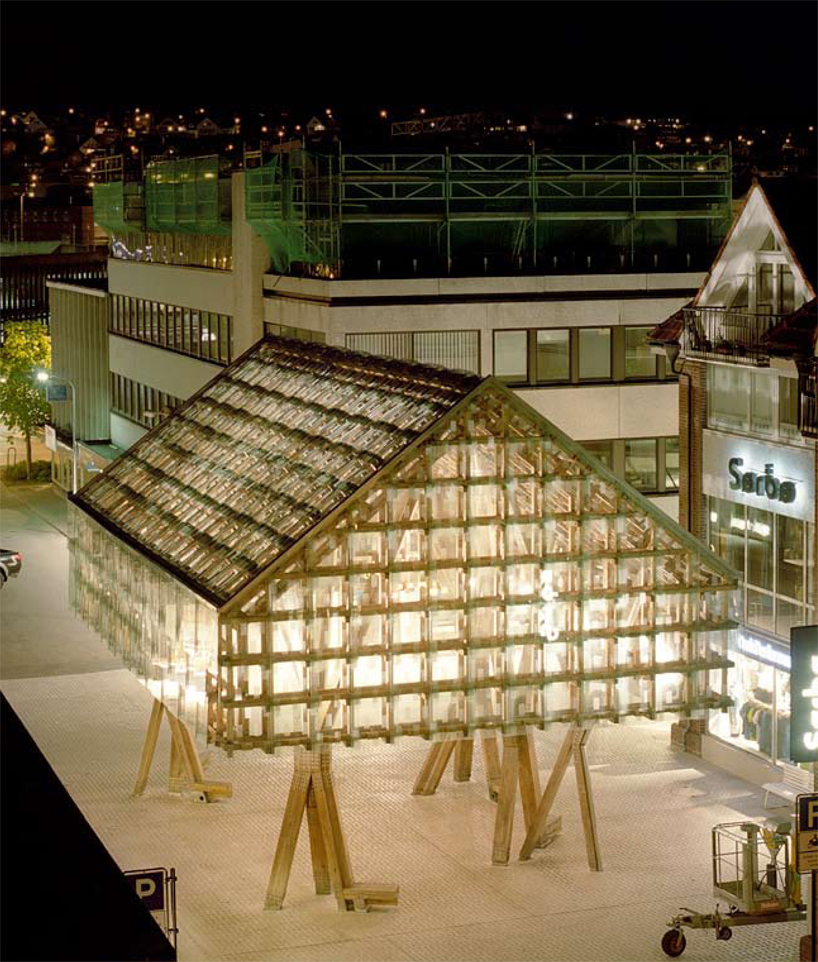 the ‘lantern’ at night 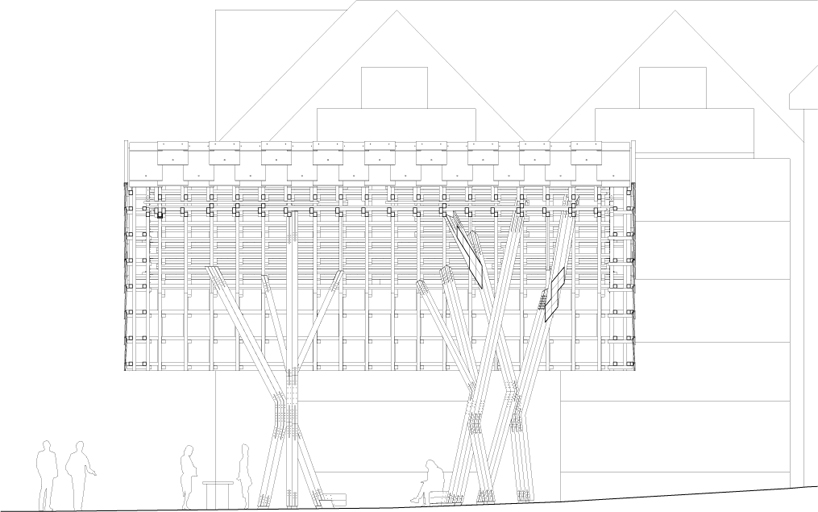 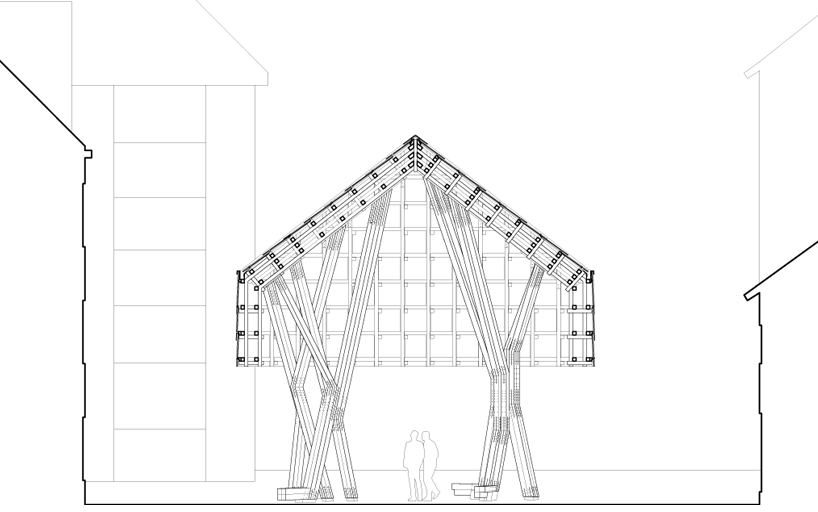 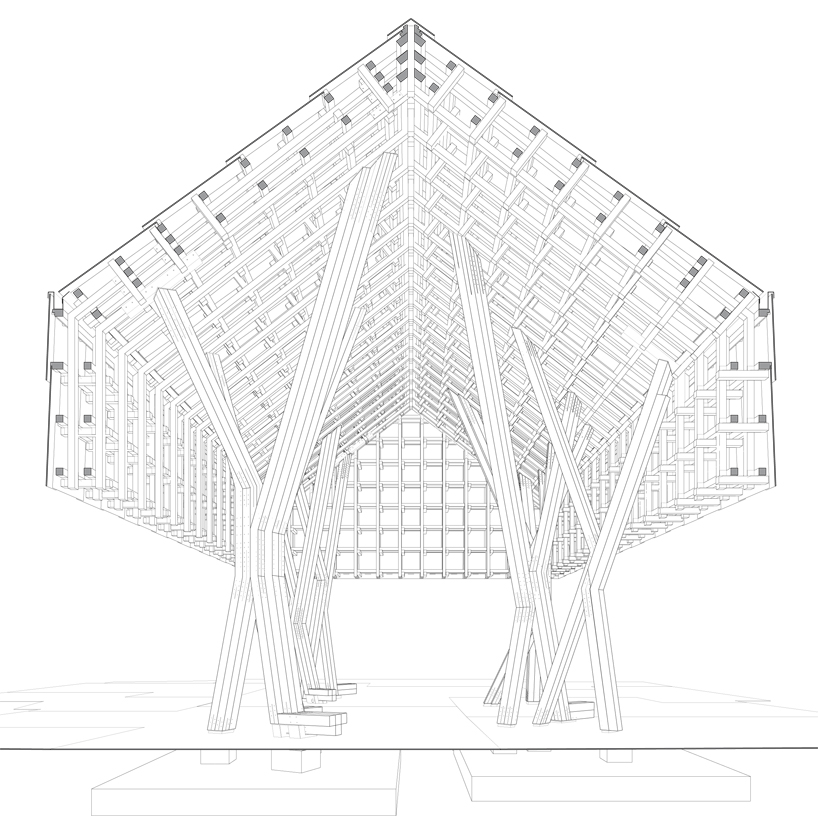 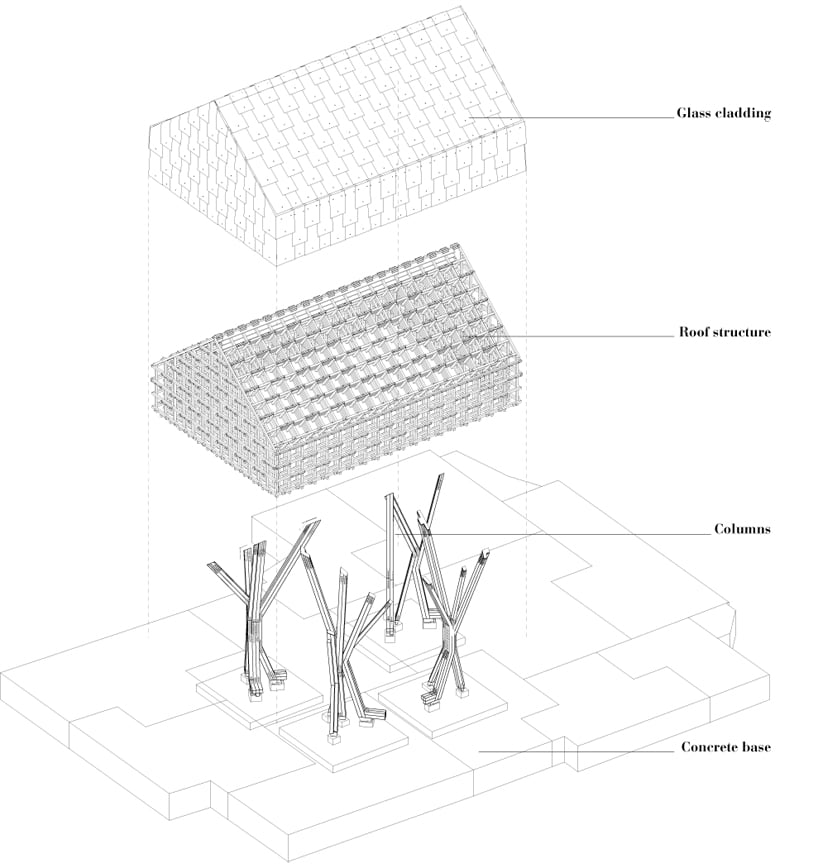 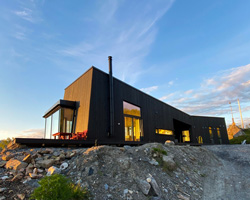 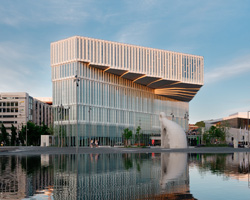 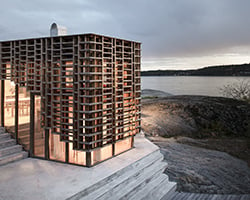 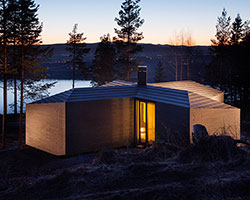