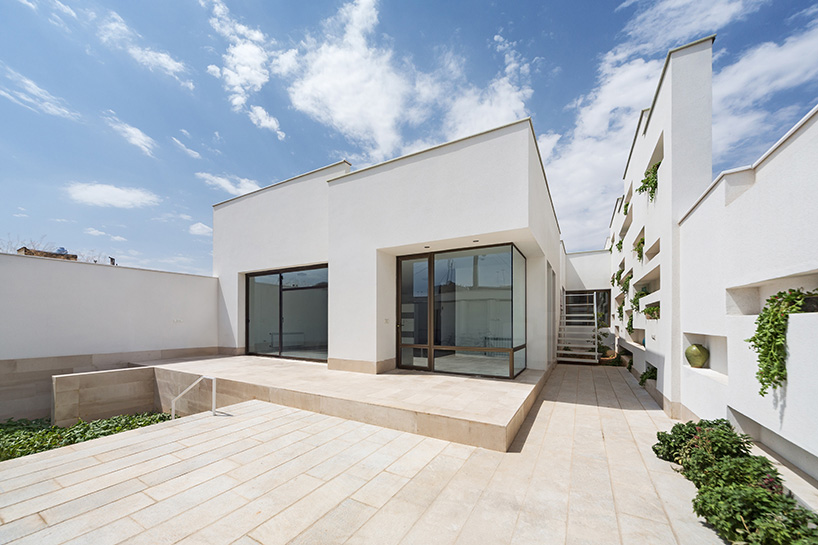 today, two things stand out to a passer-by who walks through the streets of najafabad, iran: numerous niches in the body of the city and pine trees risen from old houses. in this state of transition, the shallow recesses of the abandoned structures that were hidden from view are exposed with negative connotations. historic homes are destroyed one after another with no record, photo, or map. however, the last bodies of the innermost rooms are sorrows for the alleys. ‘house of niches’ by ayeneh office has memories of these buildings, paying homage to their remnants by using them efficiently. 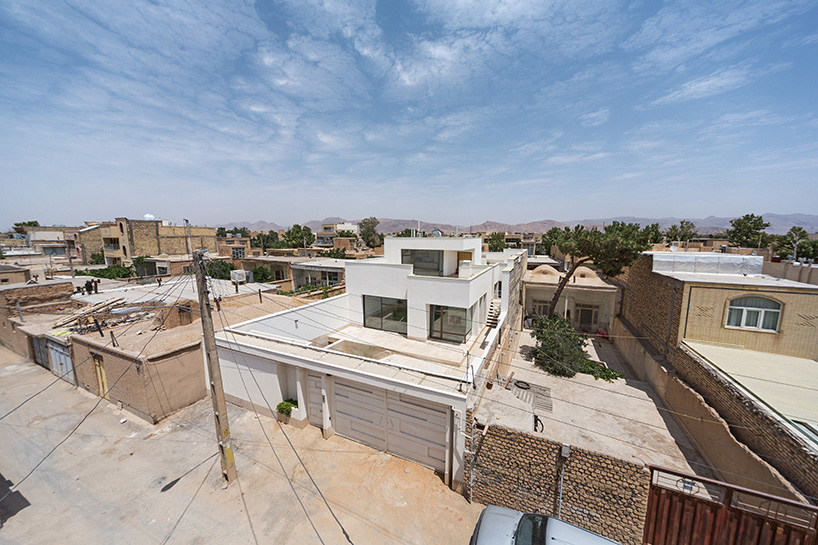 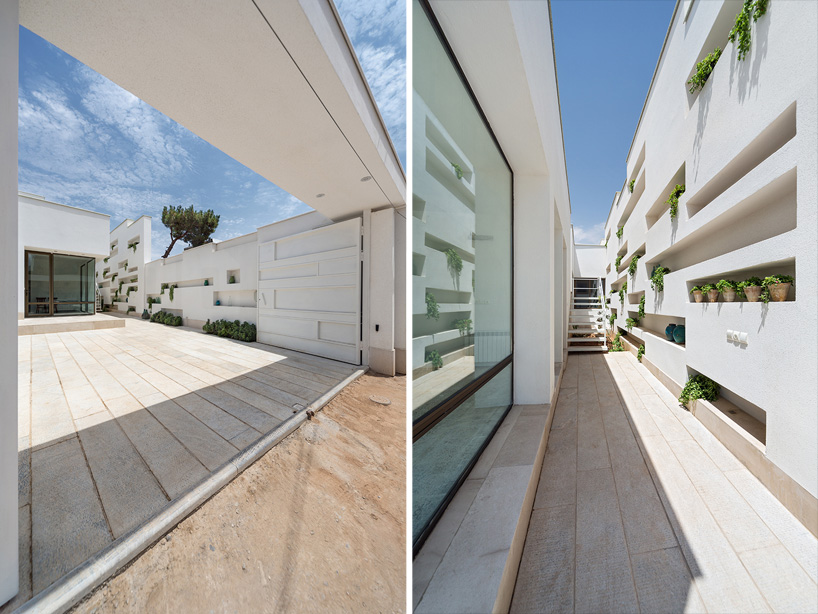 the residence was supposed to be simple and cheap, for a family of four with a unit upstairs for guests, at the center of a low-lying neighborhood full of two-arched existing dwellings special to the city. thus, two small cubes facing a wall full of niches have developed the overall content. the eastern boundary, next to the neighbor, is set free from the design. this separation allowed for the creation of the corresponding entrance into the body and solves the problem of an abrupt doorway from the main southern façade. the wall spins to show itself on the interior, where an expansive, fully private space is provided. 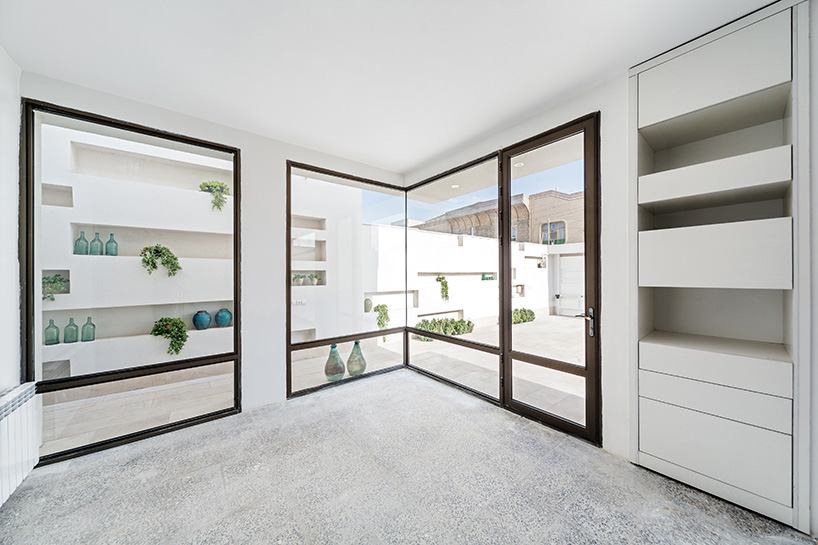 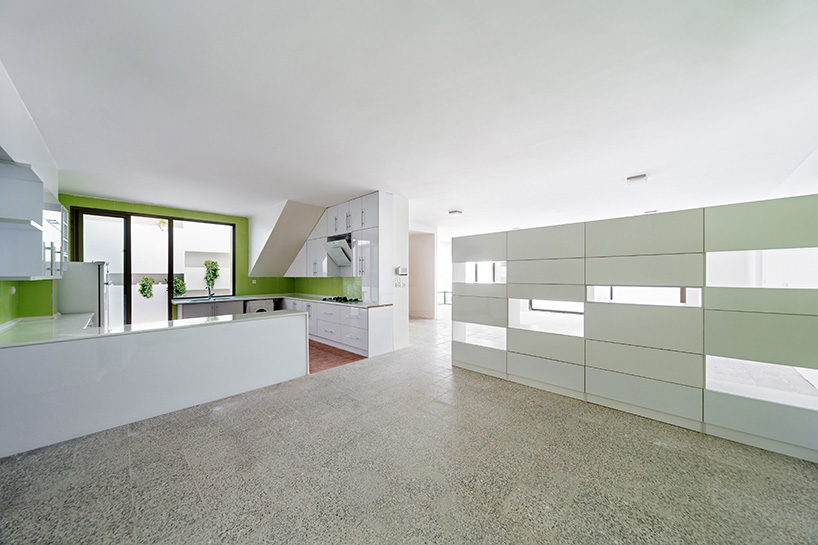 above, the cozy roof is protected from the eyes of the neighbors. in addition, an element has been developed to challenges the empty strip along the land. by applying the rule of building 60% and setting 40% of open space, it invites the morning light to all of the rooms, the kitchen, the lounge, the hall, the roof, and the yard at the heart of the house. 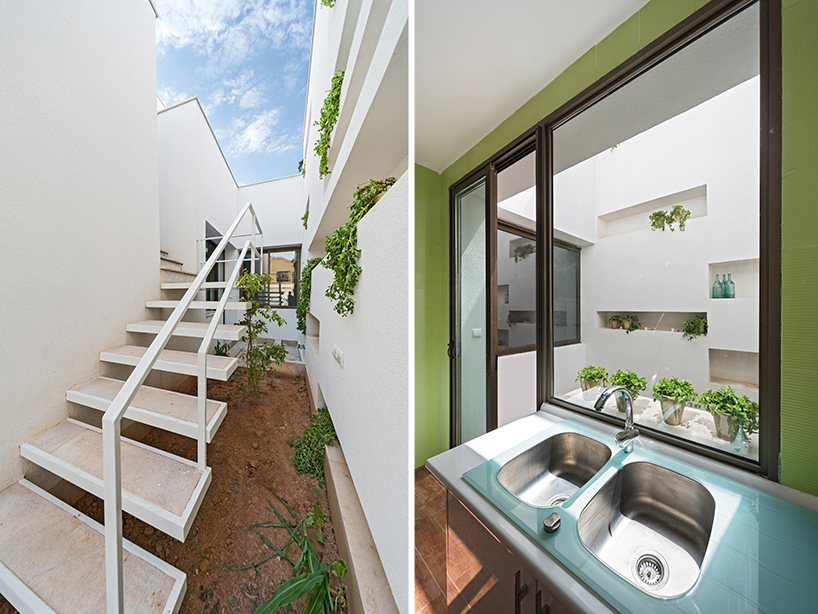 the outer layer upgrades the corridor to space with deep niches along its nearby path. instead of considering them as empty voids, they have been transformed into memorable features, full of flowers, efficient, and perhaps a bit elusive, but this time it lasts. it is a good compliment to the pine tree of the neighbor that can be seen from the residence.

views along the corridor and into the courtyard
photo © hossein farahani 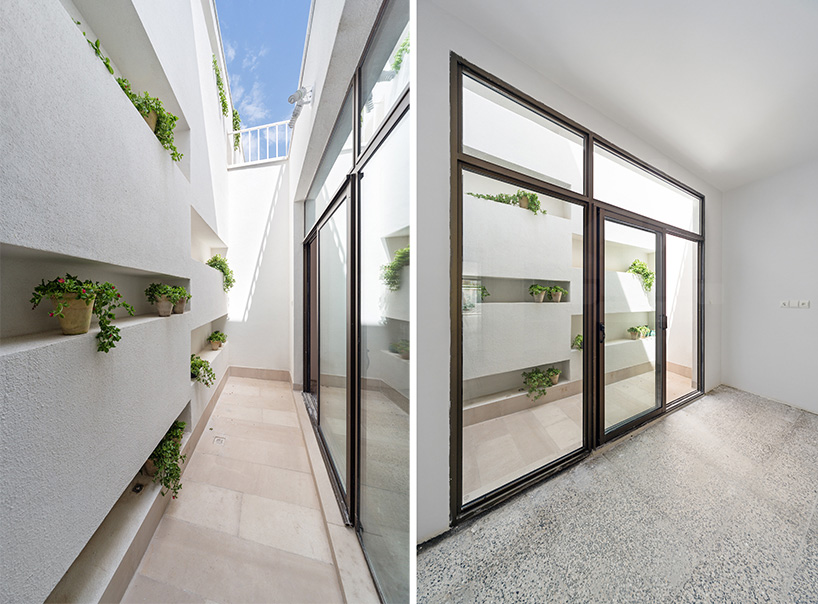 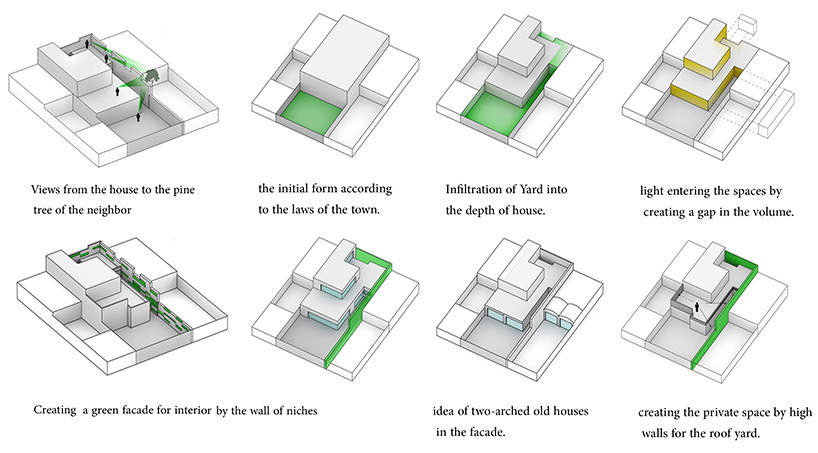 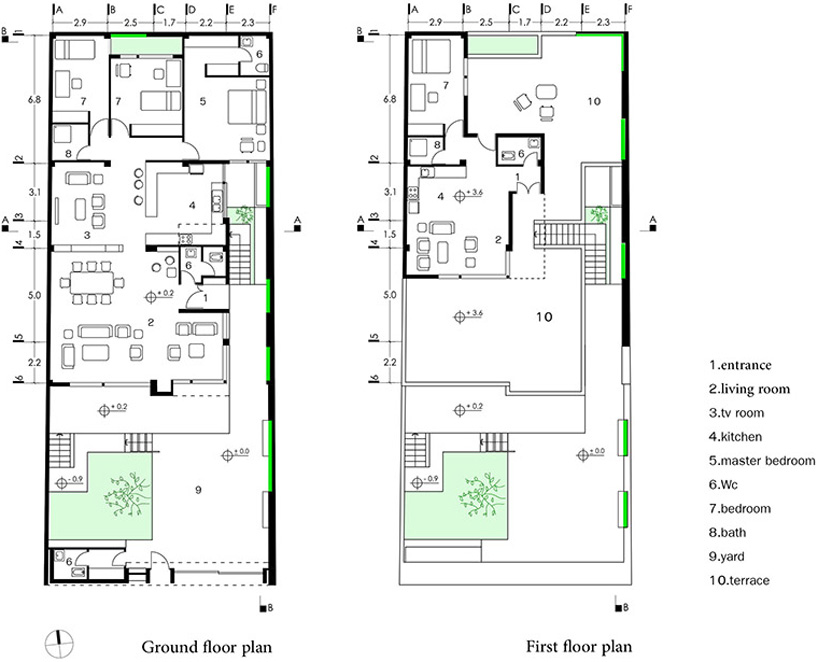 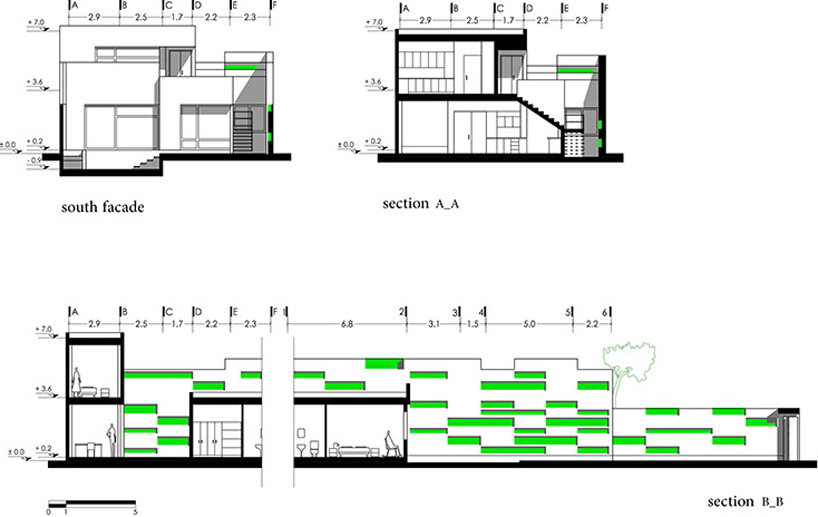 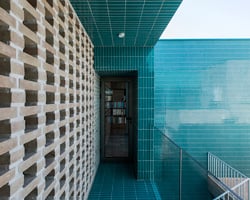 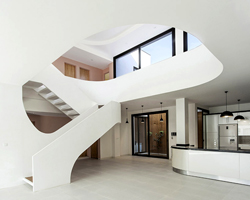 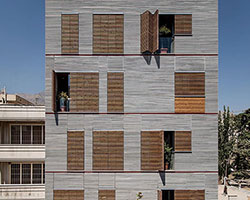