since the korean government introduced the regulation for air quality index (AQI) in 2002, anthropogenic emissions have been reduced substantially, while the creation of green spaces has been dramatically increased. particular focus was placed on the metropolitan area of seoul, where a policy was introduced that included the formation of public parks, green corridors and vegetation in an effort to reduce air pollutants and thermal entrapment. 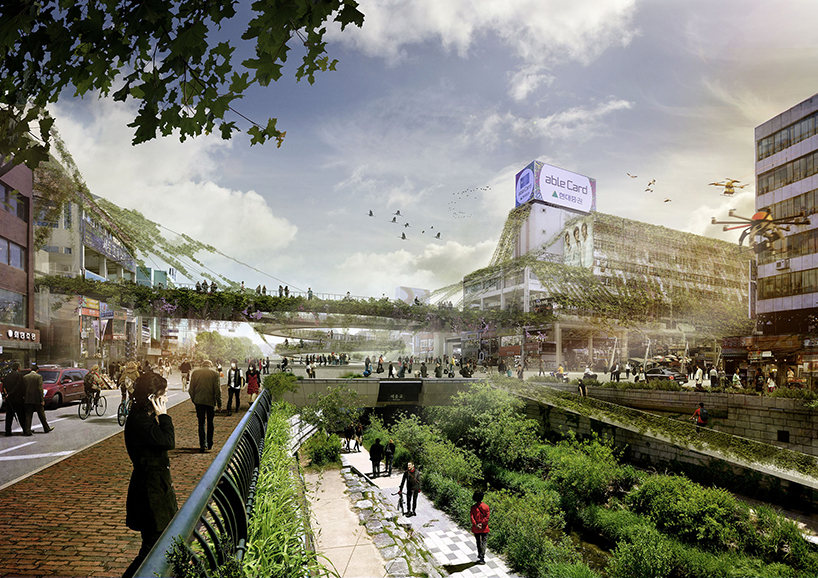 with this goal in mind, architecture firm AZPML created their concept to transform the ‘seun sangga’ arcade. the series of buildings was meant to create an elevated walkway reaching from nam-san to the jeong-myo royal shrine. however, because it was developed over time by individual agents rather than singularly, its systems had neither nor the significance to draw or accommodate large numbers of people. 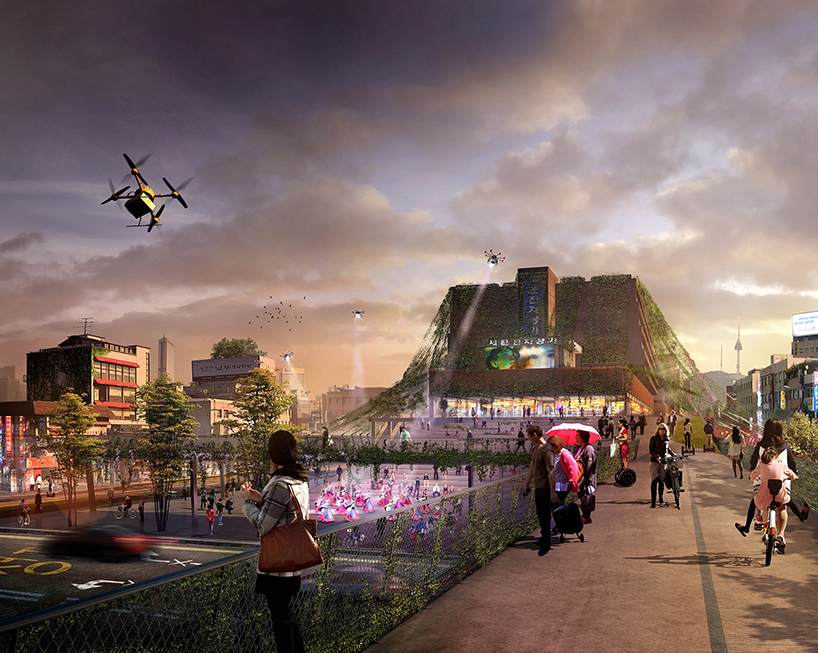 south korea has a large number of aging people and a growing number of unipersonal transportation methods — cycling, segways, scooters, etc. such a population needs areas that are easily negotiable by small wheeled vehicles, including wheelchairs. the ‘seun sangga’ promenade will feature many ramp accesses, which will second as points of continuity from the walkway and ground. 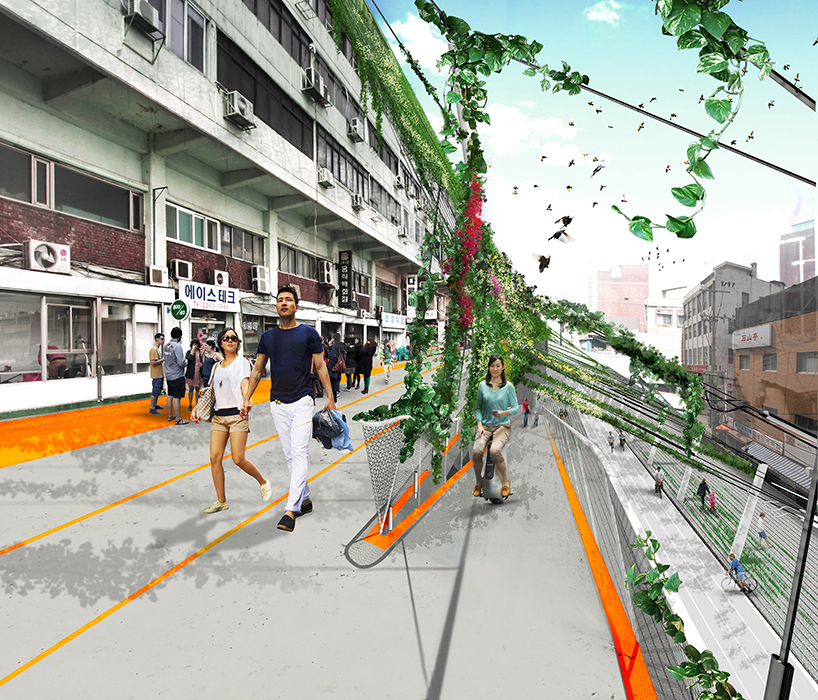 the concept hopes to create an alternative green corridor typology. the buildings will become a three-dimensional envelope where existing buildings are transformed into environmental filters that contribute to carbon monoxide and pollution reduction. the promenade will not only serve as a walkway and carbon trap, but will also enhance plant pollination across the city. surfaces will be covered with linear planters to carry organic matter through the walkway. proposed systems will inevitably contribute to the reduction of energy loads in nearby buildings as well. vertical planters with deciduous plants will project shadows onto façades during the summer, and enable direct sunlight in winter. 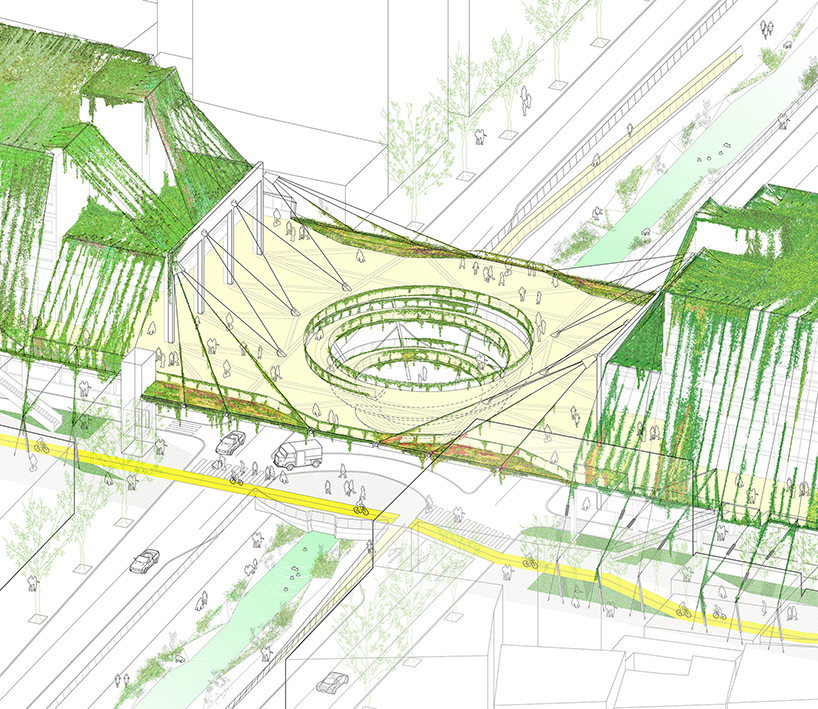 the renovation scheme involves repairing the reinforced concrete structure of the ‘seun sangga’ arcade and remodeling of the lower ground floor. an additional bridge will link across the open space between walkways and a series of new steel cables and structural props will run the length of the promenade. a cable net element is to be hung from the highest level of the current walkway. a simple pattern of stainless steel supports are intended to support vegetation, and are capable of providing shade to the walkway. 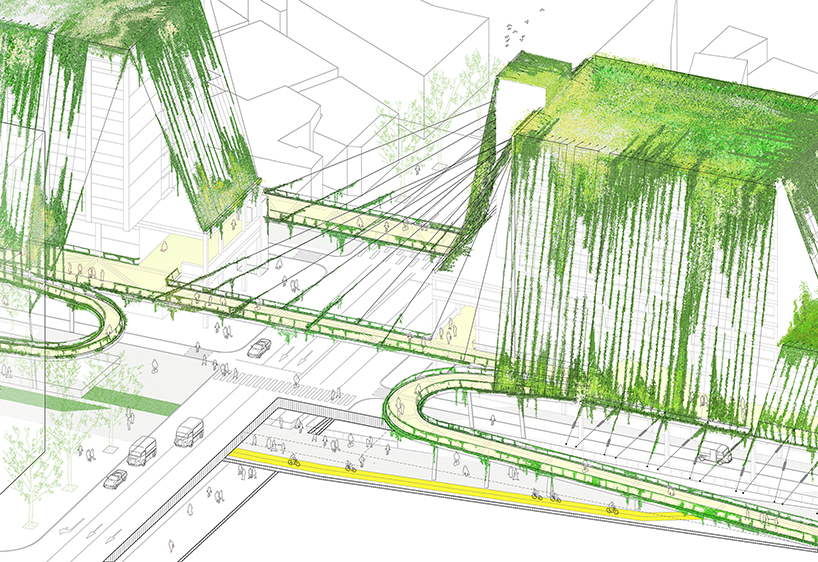 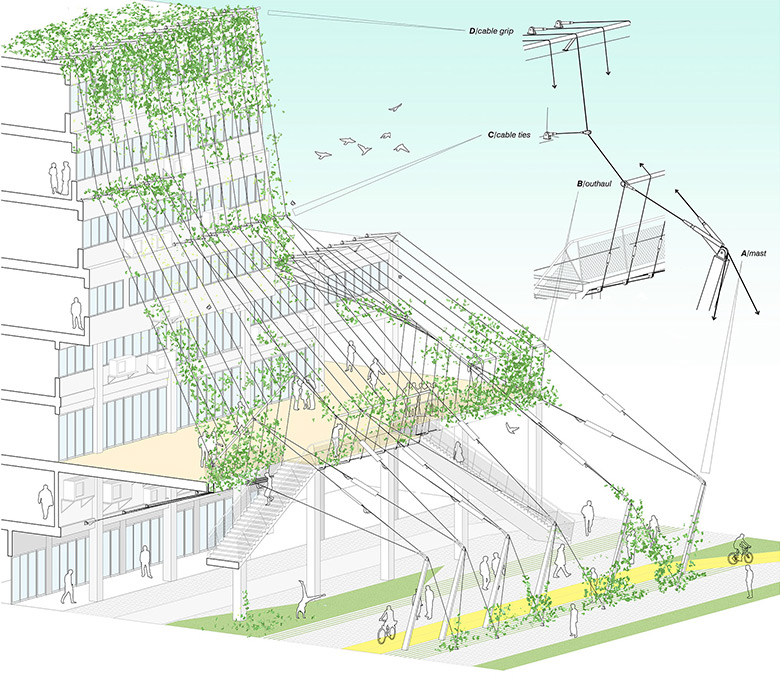 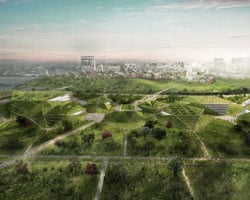 May 08, 2021
a timeline of new york's tallest buildings, from a wooden observatory to one WTC
starting in the mid 1850s, designboom traces the history of the city's skyscrapers.
architecture
687 shares
connections: +1790