turkish firm bahadir kul architects have redesigned an intercity bus terminal – a transport hub 5km away from aksaray, turkey – to improve the already existing space which became unable to handle its transportation program. the distinctive stone façade features amorphous gaps and indentations; reminiscent of the unusual topography of cappadoccia. seemingly carved away, the building’s indents reveal a second façade comprised of glass which has been recessed five meters. the visual relationship of the terminal’s structure and the programs within was reinforced by the use of transparent surfaces and altogether, this composition forms a series of sheltered waiting areas which frames the landscape and invites natural light in. 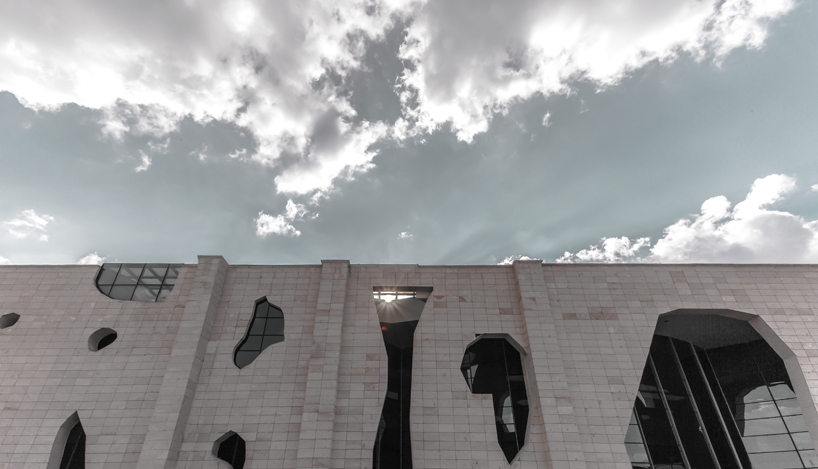 the bus terminal is 5km away from the city of aksaray 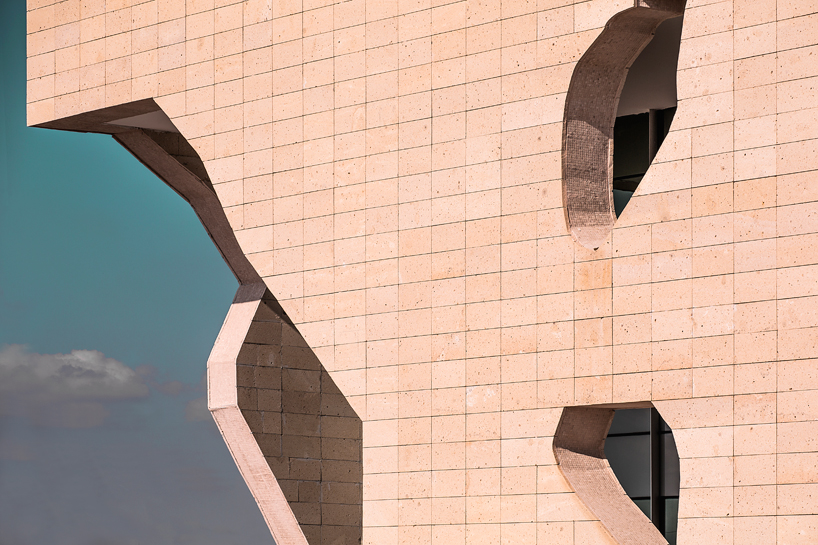 close up of the distinctive exterior 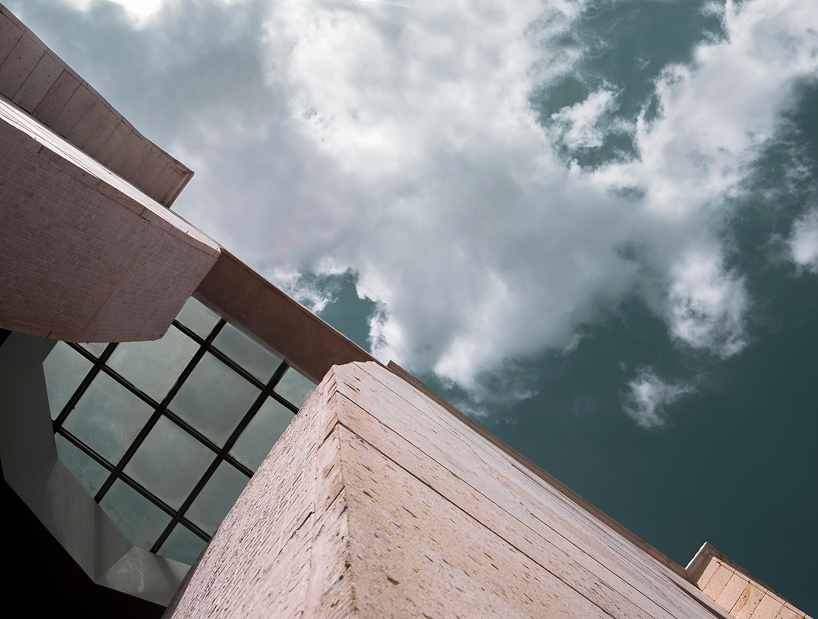 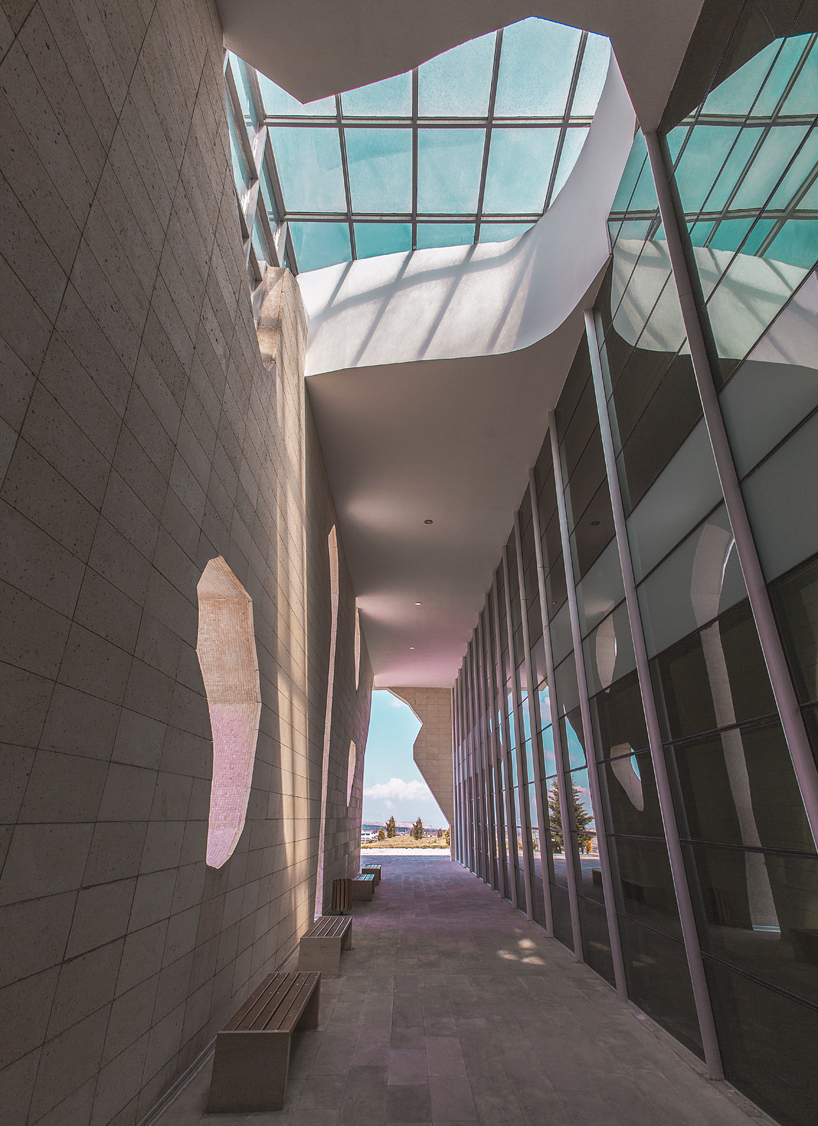 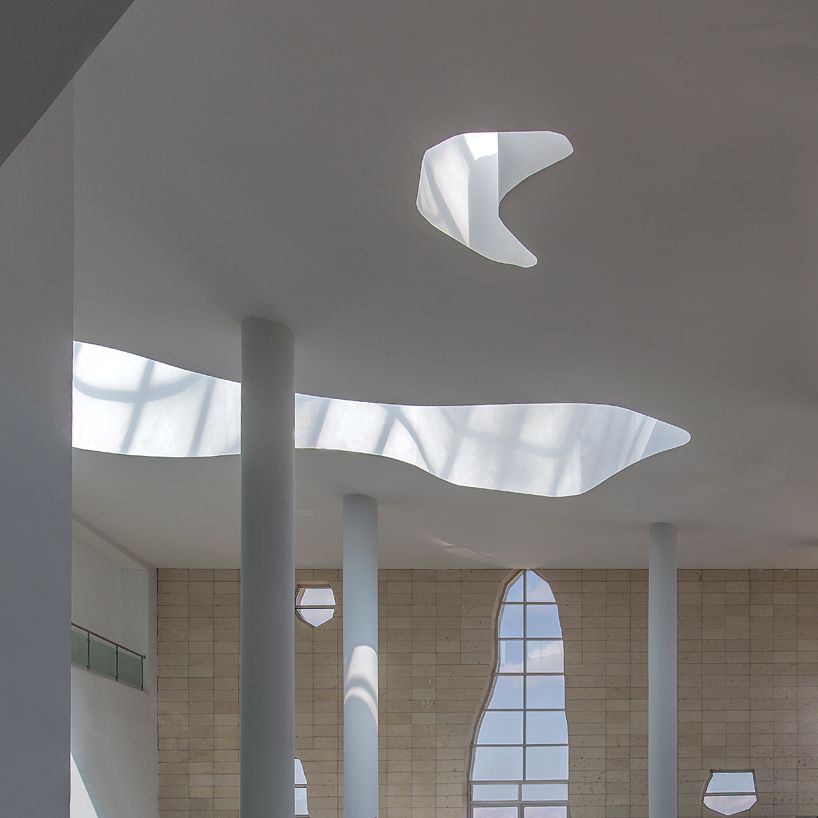 the gaps has influenced the interior, letting light in 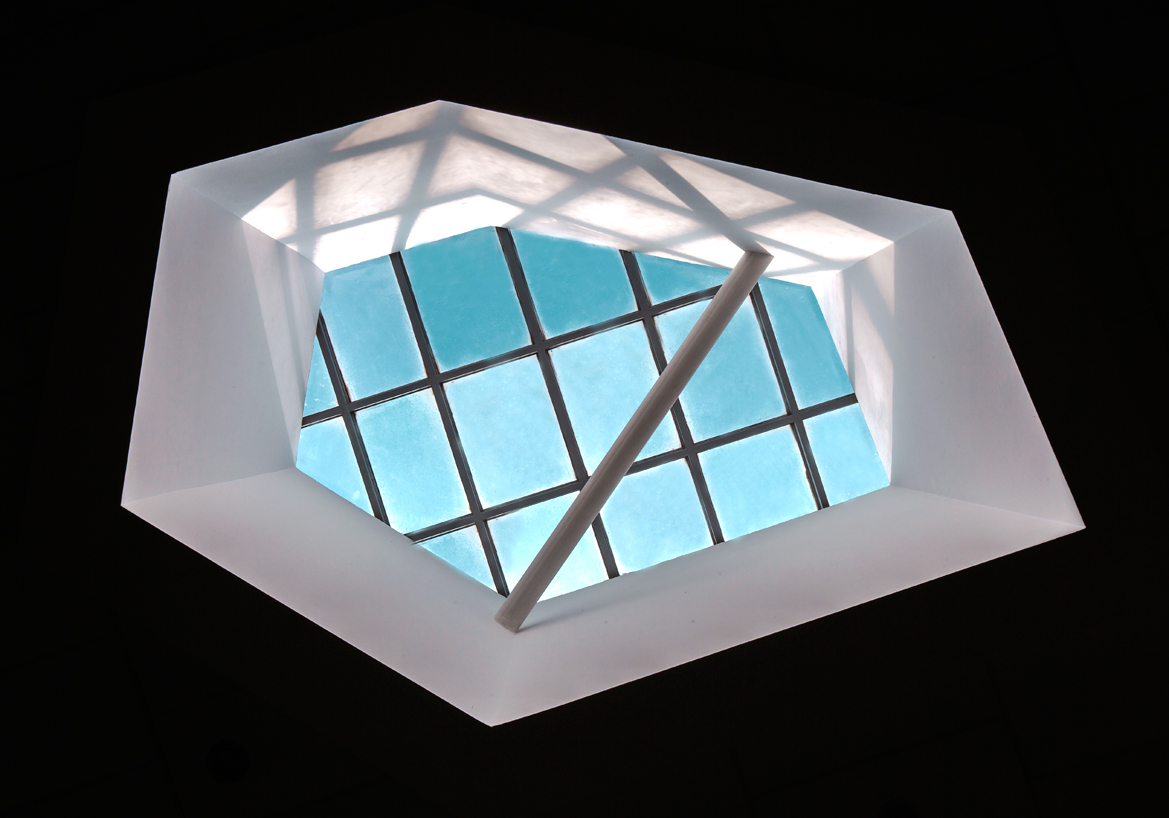 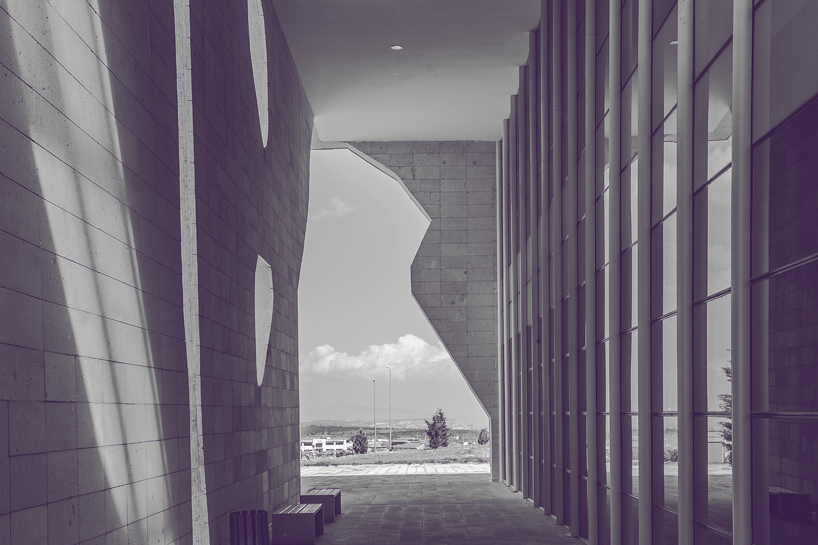 the inner façade has been recessed by five meters; forming sheltered waiting areas 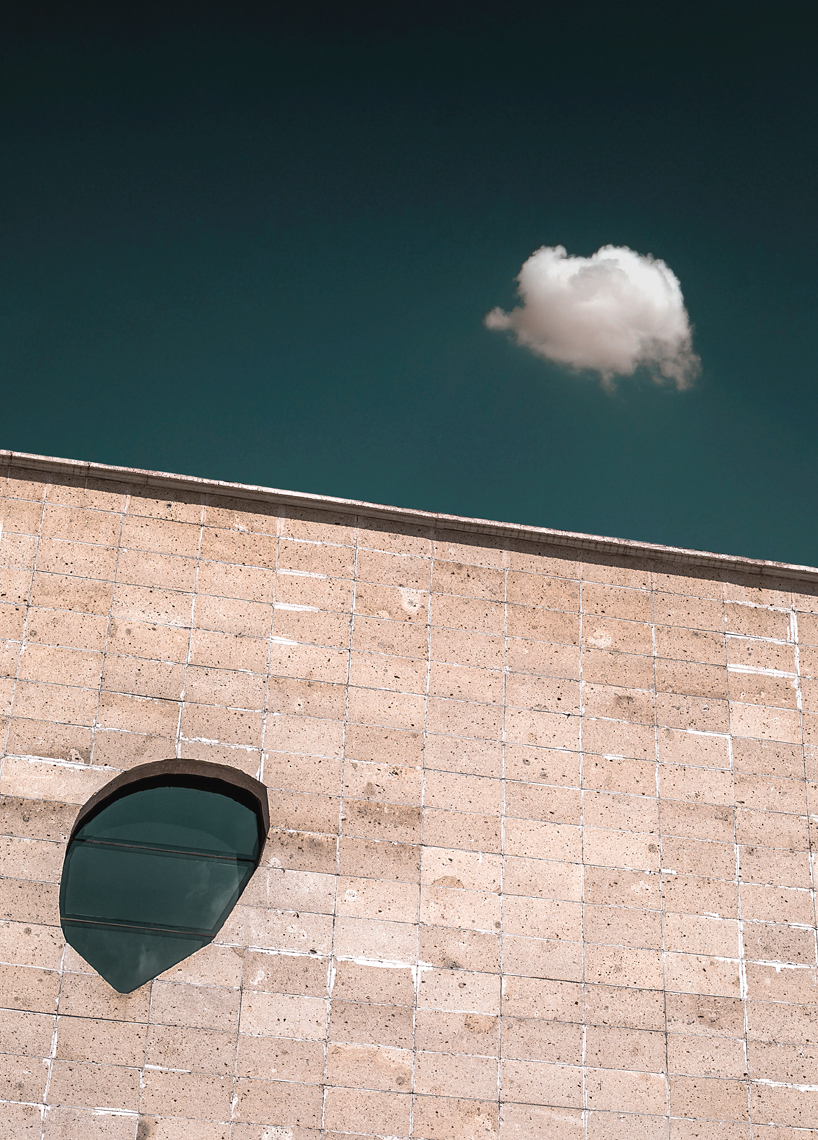 the outer façade has been clad in brick 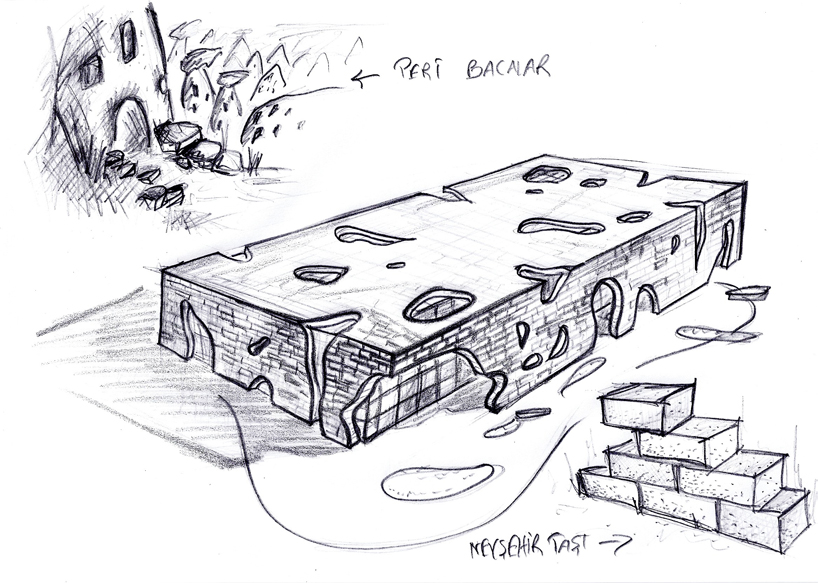 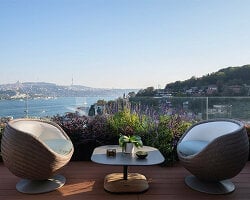 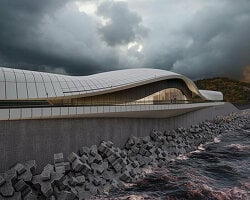 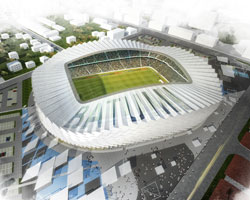 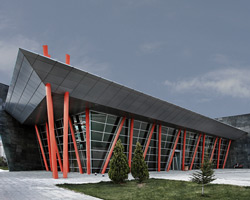