japanese studio bakoko have sent in images of their recent project for a new academic building on part of kyaoi gakuen university recreation grounds. their design response was to not to build over the existing amenity space, but to lift it to a higher level, supported by the building underneath. the site is also located adjacent to the school’s sports field which currently lacks spectator seating. by sloping the roof in the direction of the field, the proposal could provide additional value by providing seating for sports events. 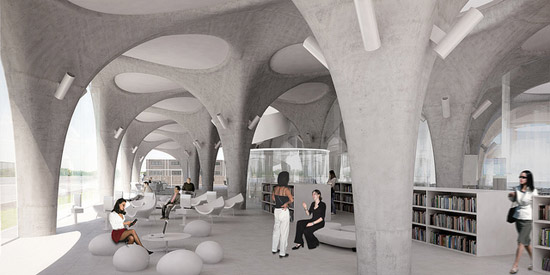 in addition to being a valuable leisure space, the green roof has numerous sustainable benefits. soil and biomass help to insulate the building, reducing the level of mechanical heating and cooling. rainwater runoff is reduced and biodiversity is fostered within the roof’s trees and natural vegetation.

supporting the green roof is a grid of perforated concrete vaults. the curved form optimizes its compressive strength whilst being permeable to air and light. similar structural strategies may be observed throughout biology – such as the intricate mineral skeletons that protect microscopic protozoa called radiolaria. 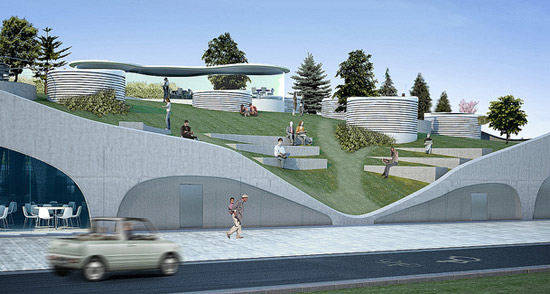 wind catching caps are located over the openings to draw fresh cool air and natural daylight into the interior of the building. in bays without wind catchers, artificial light is reflected and diffused by the double-curved ceiling panels. the columns supporting each vault may appear massive, but the upper-half is in fact hollow. these water-tight depressions contain enough soil to support larger species of trees and vegetation than typically possible on green roofs. 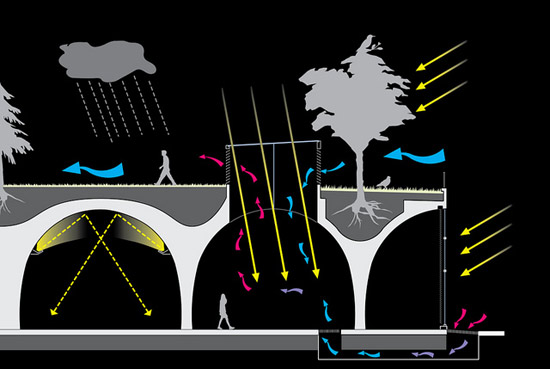 the air flow within the building

the choice of a vaulted structure seemed particularly apt in light of the school’s christian affiliation and plans to build an adjacent chapel in the near future. the facade cuts cleanly through the structural grid, forming glazed arches facing onto the campus’ main thoroughfare and public plaza. two opposite corners are cut through the top intersecting arches, creating cantilevered porches to protect the building’s main entrance. 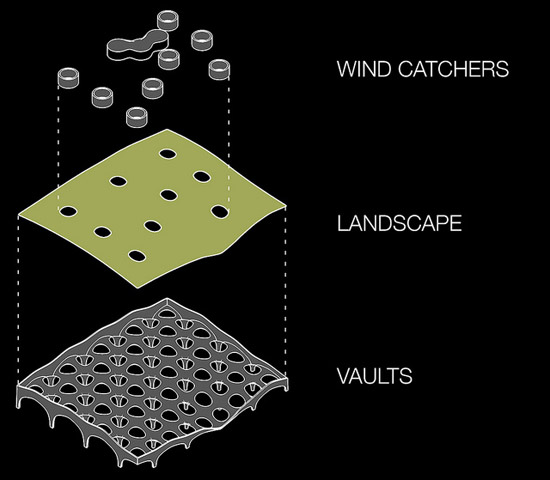 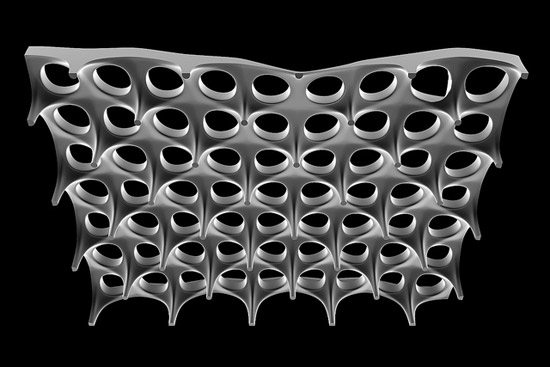 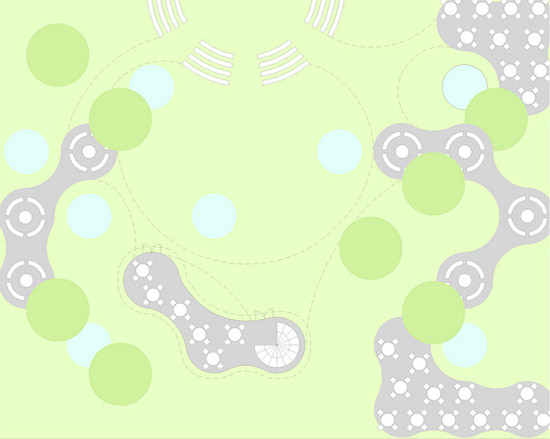 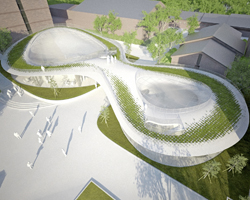 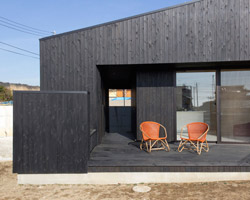 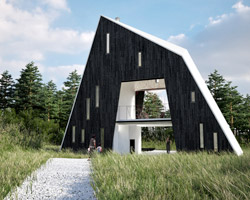 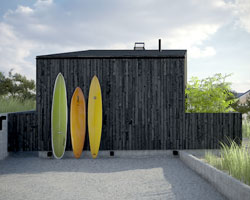