in order to produce a tranquil moment amidst the chaotic activity at the los angeles international airport, ball-nogues studio has realized ‘air garden’, a colorful cloud-like object occupying a light well in the bradley west terminal. the installation is composed of metal-bead chains, which are suspended from the roof structure to produce a sequence of curving catenary forms. the result is a seemingly floating structure, which manipulates the atmosphere of the high space, for travelers either passing by or stopping to rest. the intervention contrasts the functional and experiential nature of the overall facility, providing a place of pause and potential contemplation. 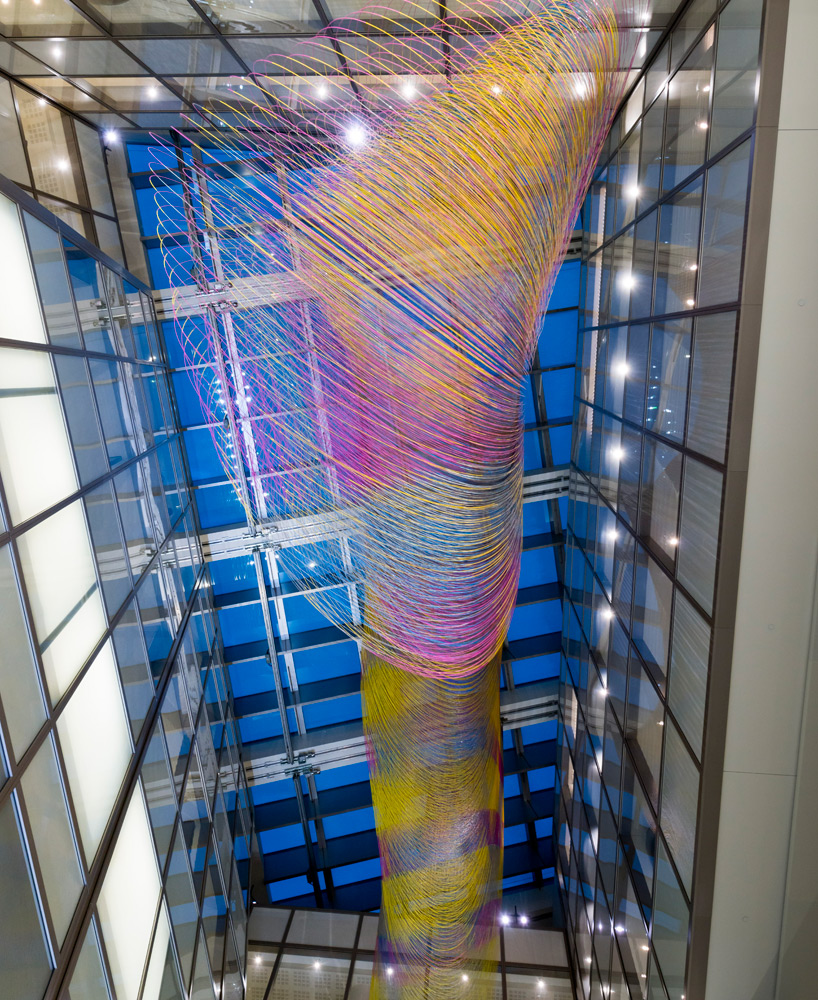 the installation is composed of colored metal-bead chains, which are hung to produce a sequence of curving forms
photo by joshua white

the array of catenary forms relates to the basic organization and architectural characteristics of the bradley west terminal. the color composition mimics the shadows which are cast upon the installation by the roof structure above. the arrangement produces an undulating overall shape, while remaining visually light to maintain the vastness of the high space. the atrium is enclosed by glass and surrounded by a variety of airport terminal services, thus viewable from all angles. 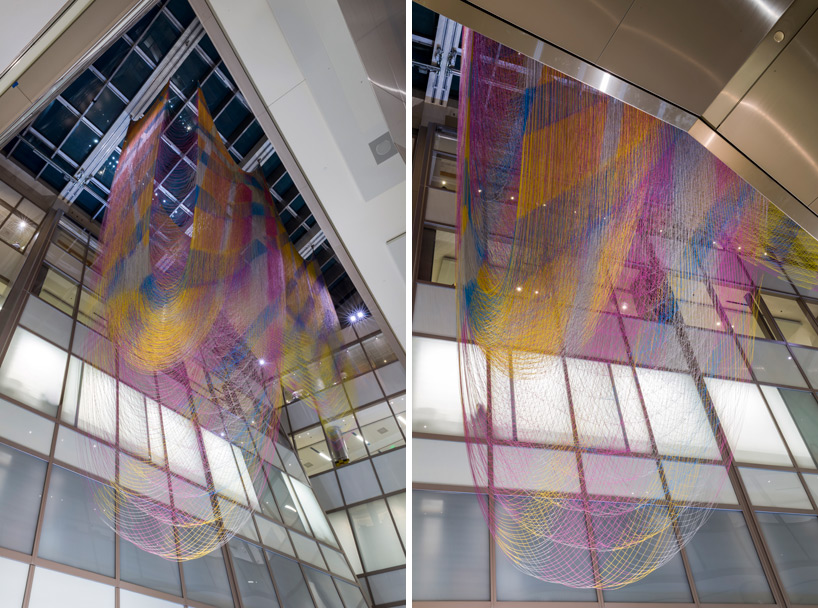 the design seeks to embody the qualities of light and space that distinctive to los angeles. the architects describe that the structure, like the city, ‘does not have a distinct beginning or end; inside or outside; back or front. it is both an object and an atmosphere. its appearance is not static as it is predicated on changing quality of light in the north light well at any hour of the day.’ 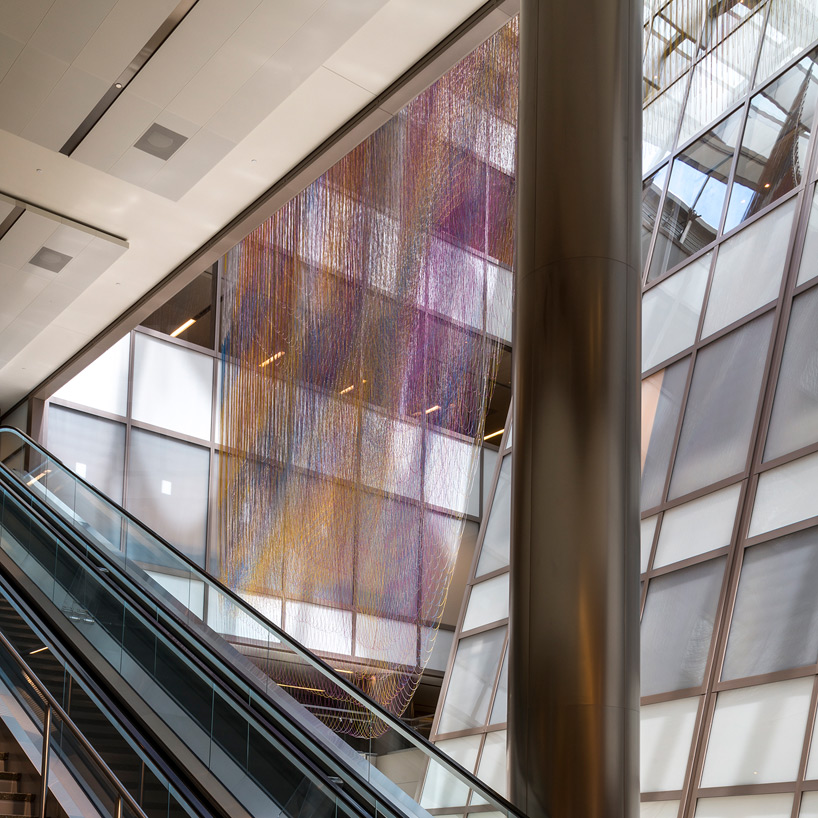 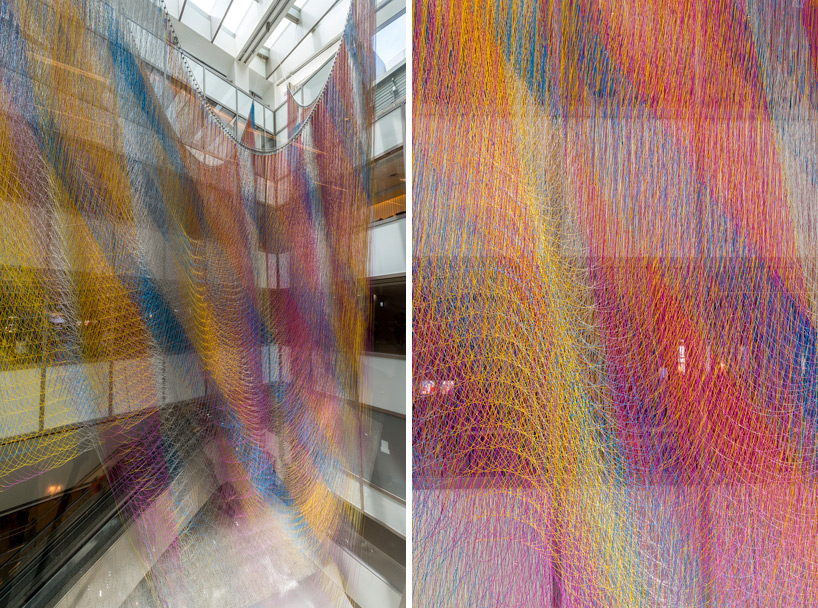 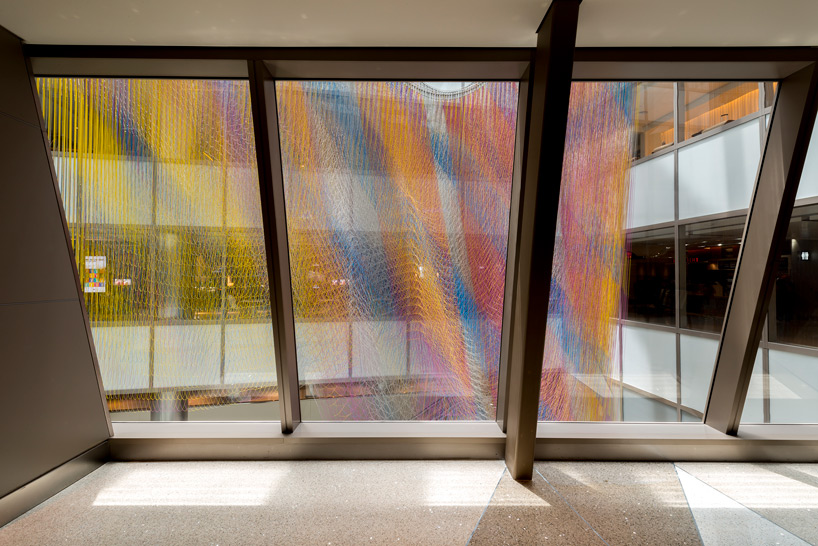 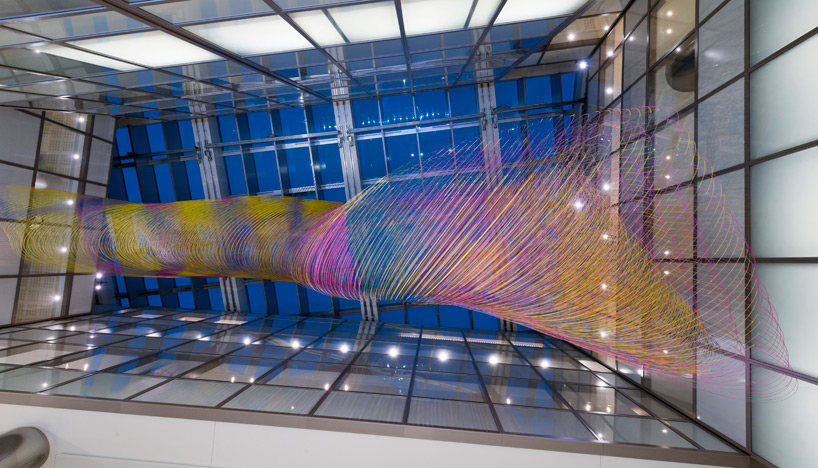 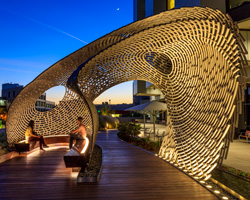 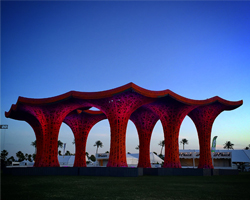 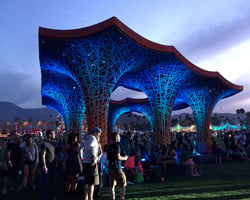 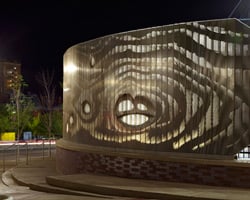 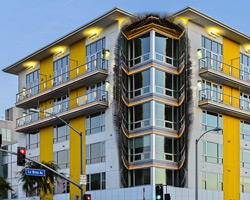