located on a busy street within the gangnam district in seoul, south korea, locally-based firm bang by min has designed the distinctive ‘interrobang’ mixed-use building to stand as a recognizable local landmark, while responding to its surrounding environment. 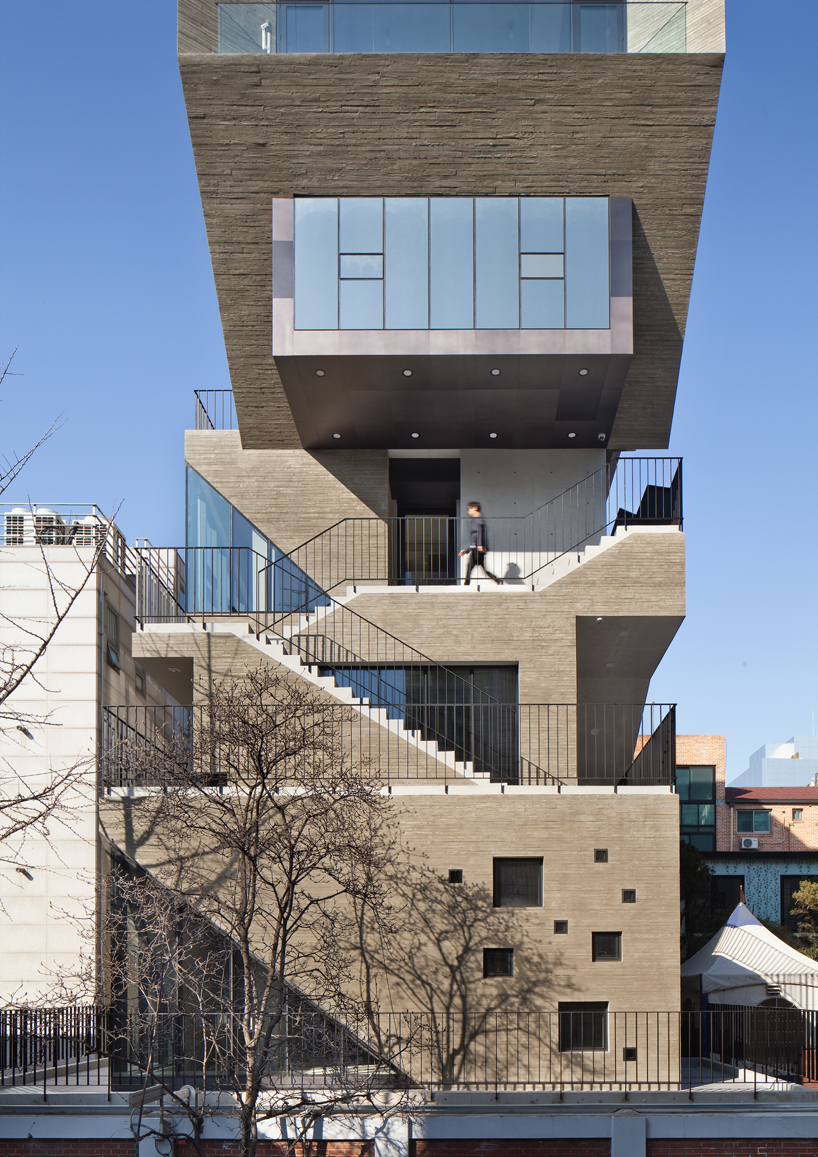 the multi-purpose structure has been organized with a flexible layout in order to adapt with potential changes in its internal program. to maximize rentable space, areas designated for communal and public activity have been reduced in size, while the stairway connecting the whole building has been placed on the outer perimeter. the unusual form towers among its surroundings, emphasized by the square and angular openings puncturing the concrete façade, allowing plenty of light and a variety of views to be provided in the interior.

‘the vertical reconfiguration of various programs occupying the street was an attempt to create a three-dimensional street that would revitalize small-scale culture.’ architect sae min oh comments, ‘if the vertical extension of the street can create a mutual synergistic effect, it will provide the grounds for a chain-reaction and a self-symbiosis of a program with little difficulty.’ 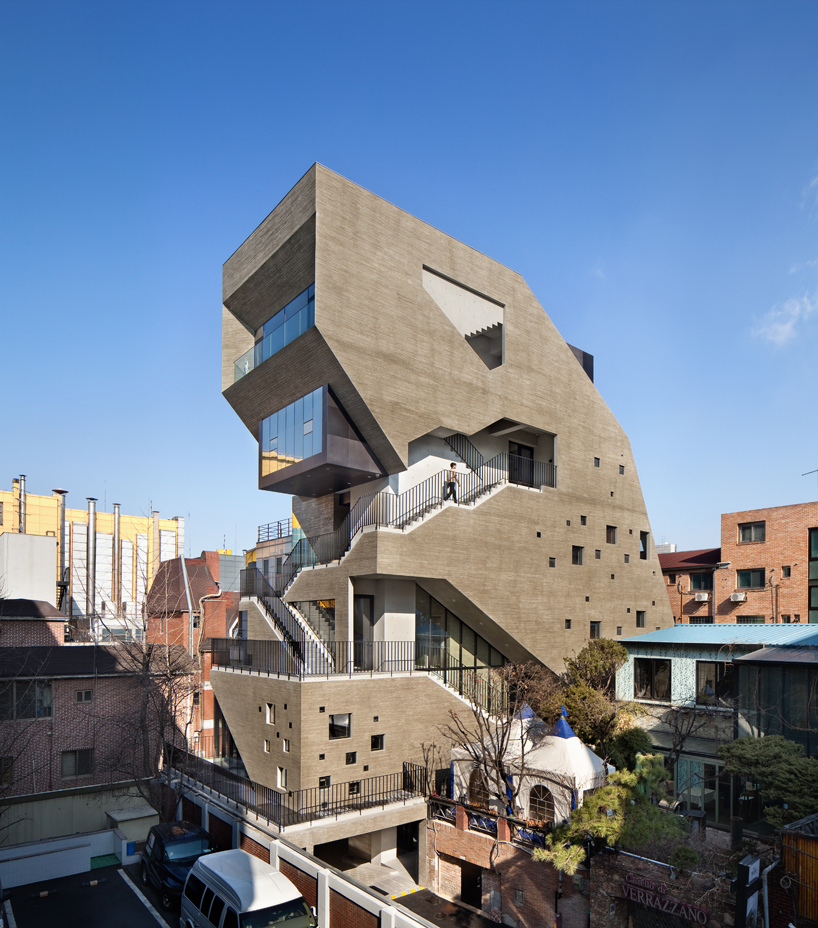 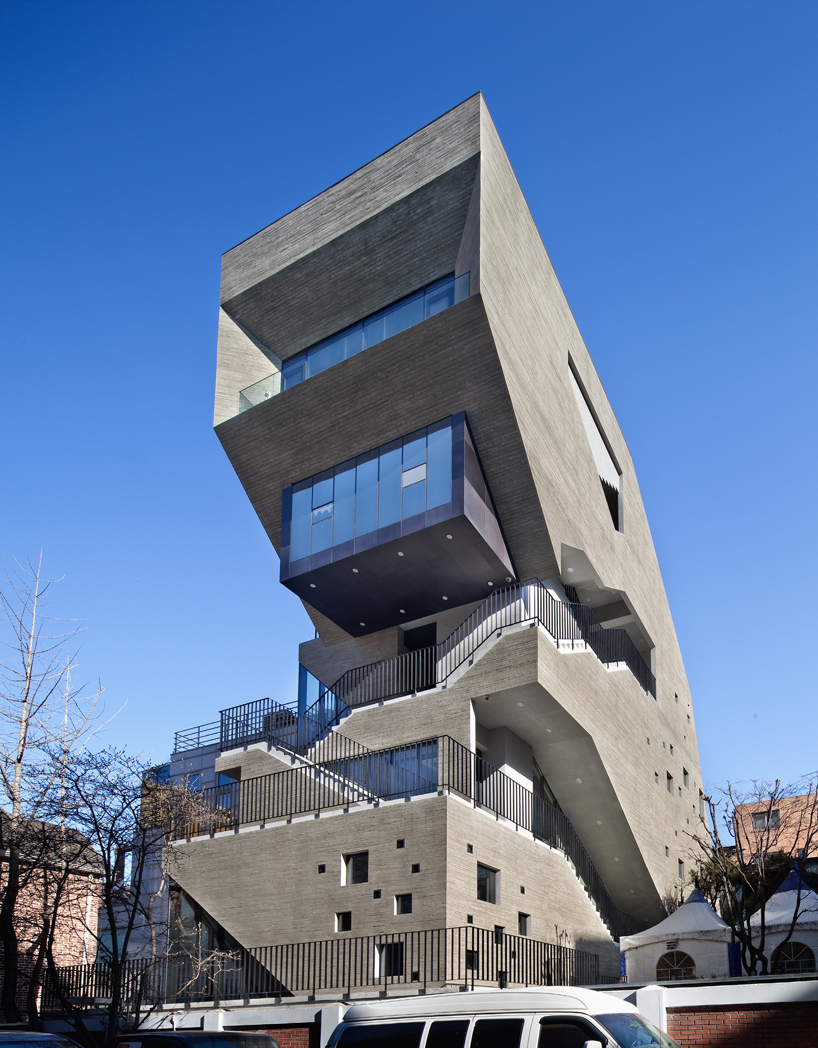 the building towers over its compact neighborhood 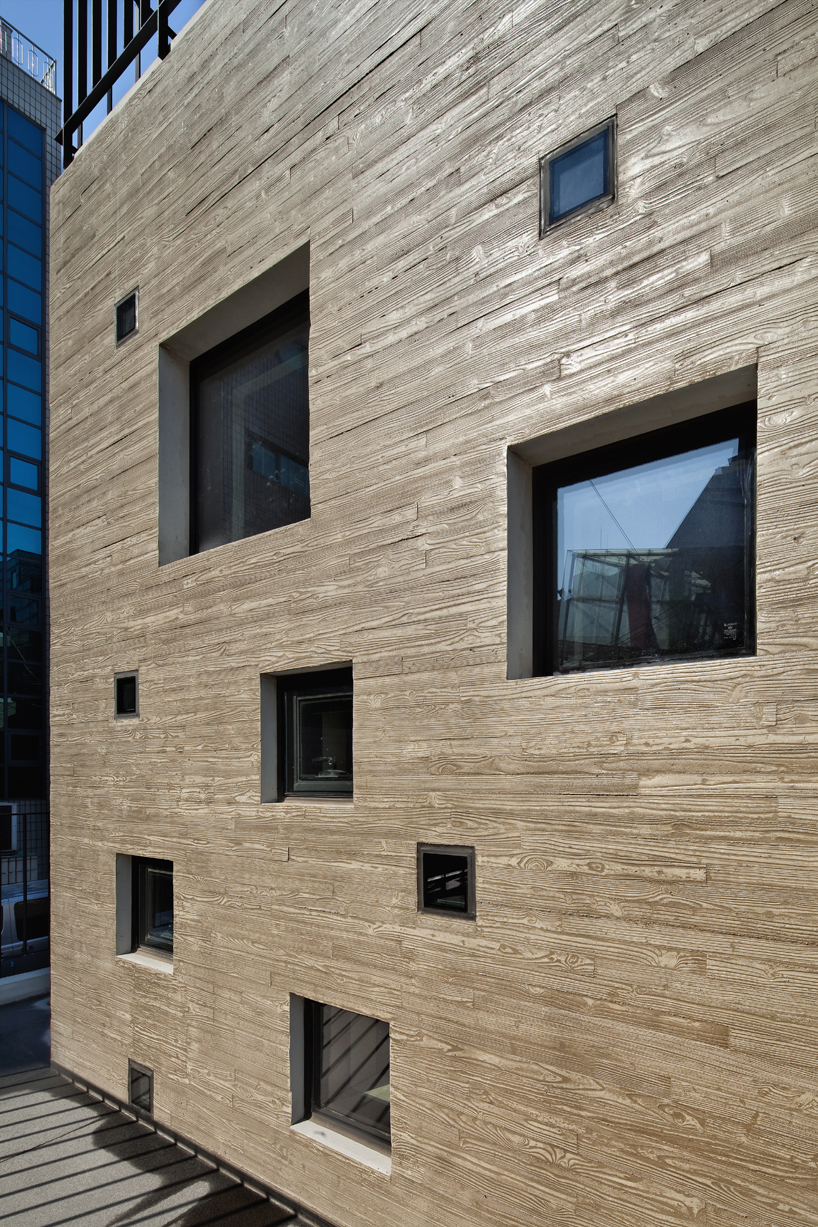 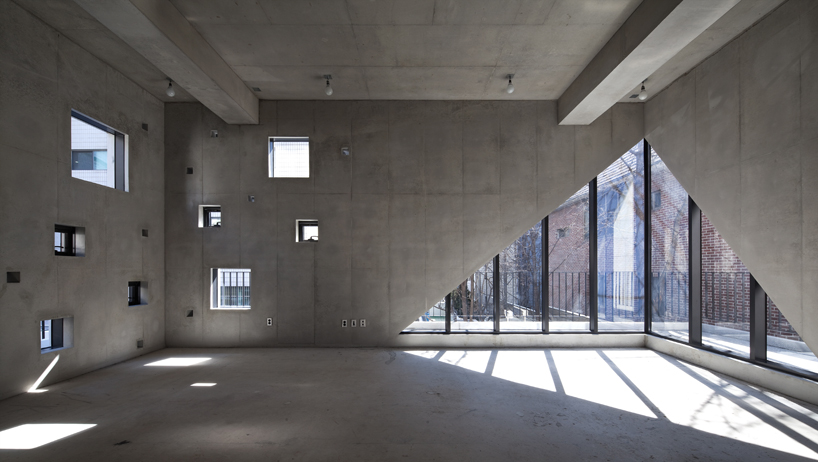 a succession of openings invite light into the bare, concrete space 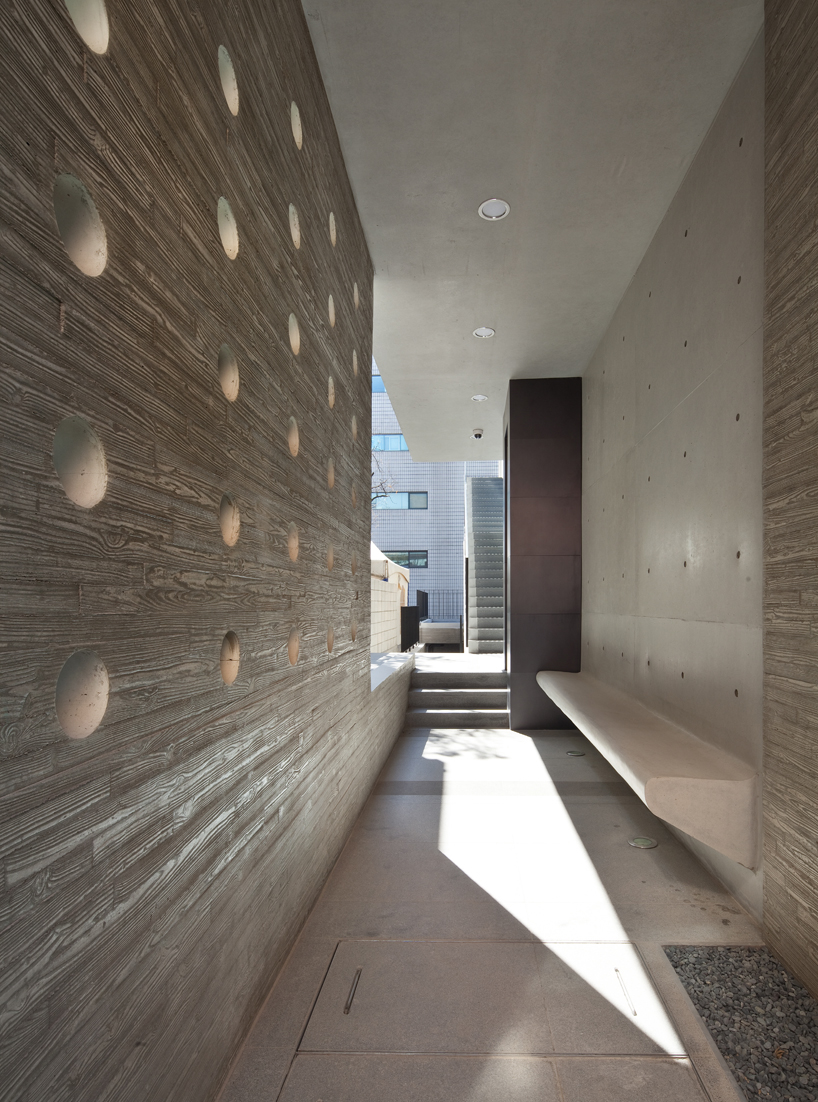 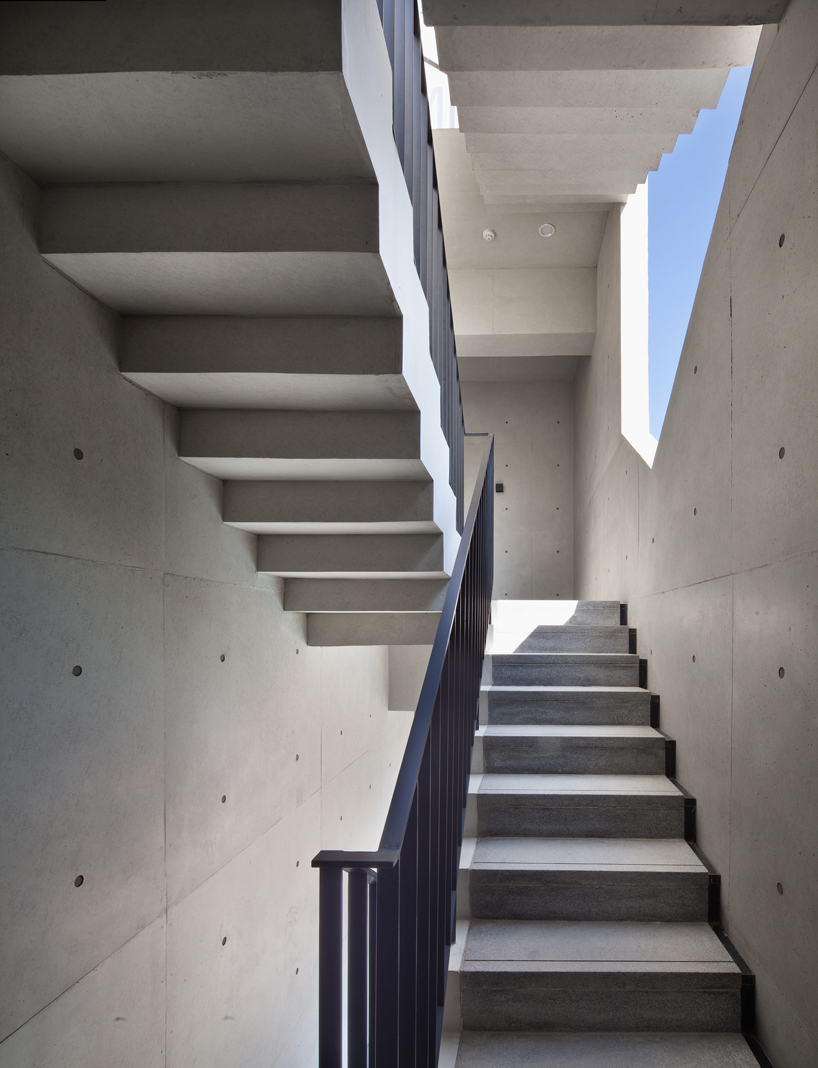 the staircase connecting the floors wraps around the building 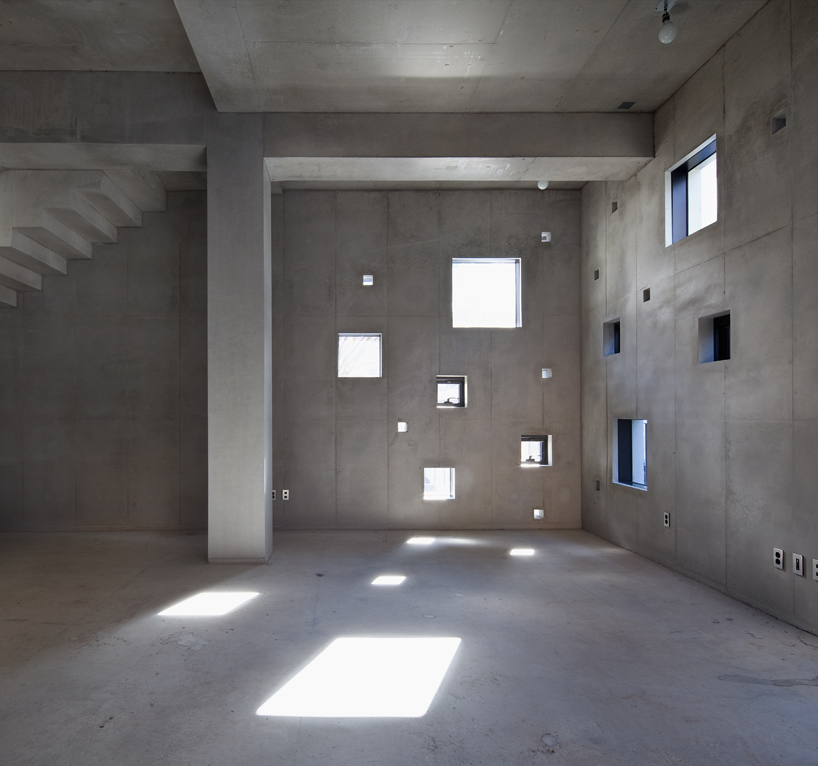 the common areas, including the elevator, the staircase, and bathrooms have been reduced to maximize rental space 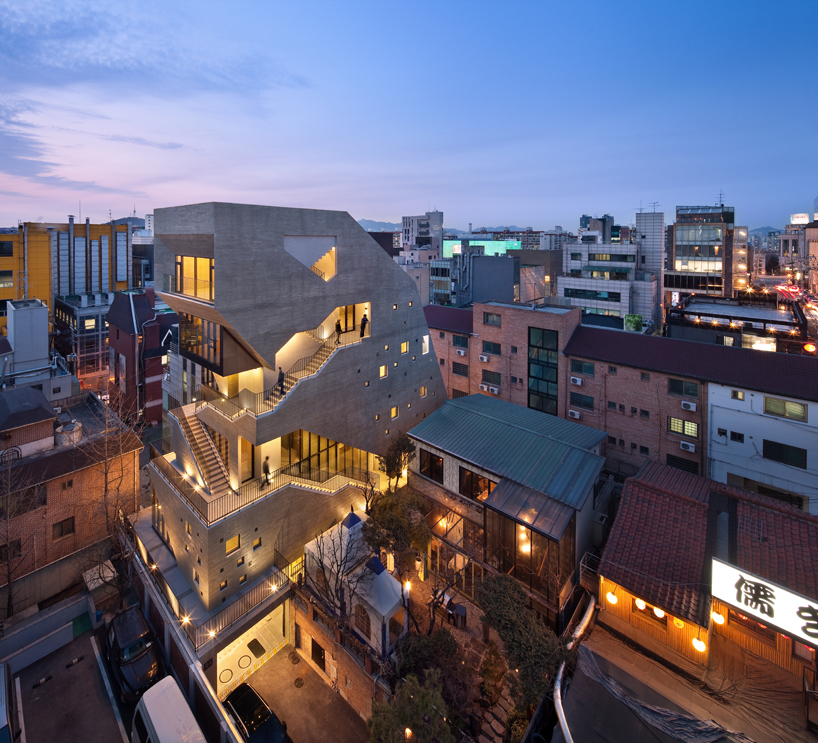 the scheme is located cheongdam-dong, gangnam 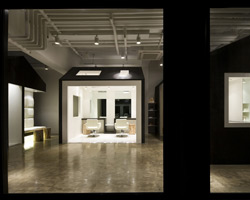