construction on AL_A‘s ‘bangkok central embassy’ is coming to a close. with the first phase set to open to the public in may 2014, the structure will bring new life to the former gardens of the british embassy in thailand’s capital, along ploenchit road – the city’s primary commercial artery – offering retail, entertainment and hotel programs.

drawing on motifs and patterns that are found in traditional thai architecture, the british firm has envisioned an external skin that is characterized by a series of extruded aluminium tiles, resulting in a dynamic pattern that responds and reflects its surrounding conditions. it will wrap around the seven-storey luxury retail podium near the building’s, and extend upwards around the tower that is composed of two vertical light wells. these upright structures will open up the internal areas to stepped terraces, while dividing the hotel’s functions; private guest-related activities face lai nert park, while the hotel bar, reception lounge and sky terrace face the city centre. 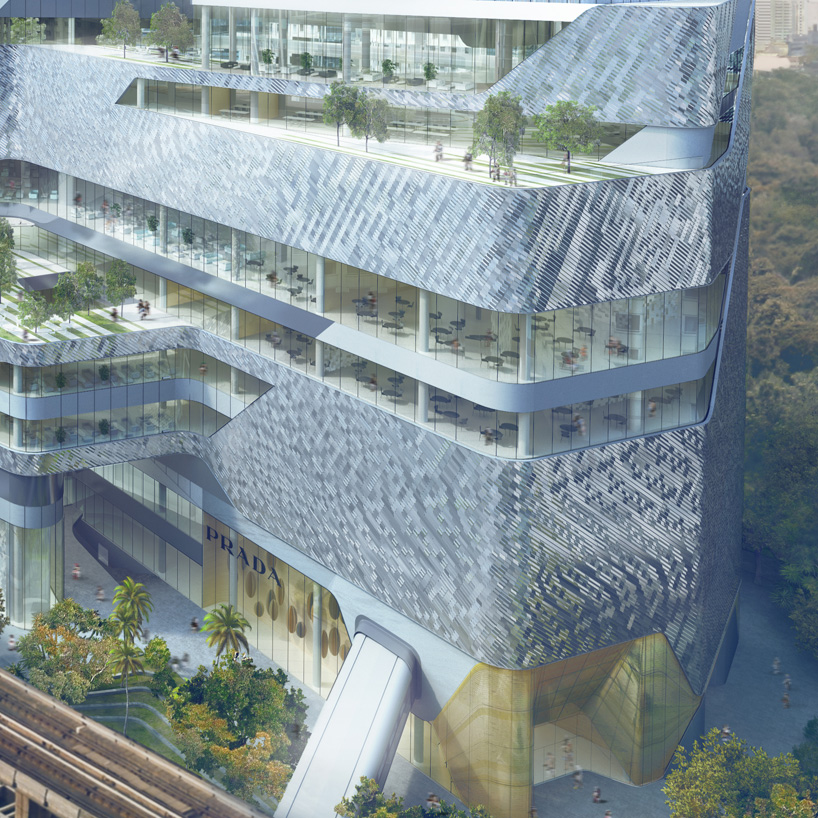 the building will feature a seven-storey luxury retail podium

in its totality, this distinctive envelope will express a moiré-like pattern that is transformed by natural changes – articulated by the play of light, reflecting the sky and the city. it will visually emphasize the swathing form of the ‘bangkok central embassy’, while providing scale and texture to the opaque frontage at podium level; the glazed levels designed to merge seamlessly with the aluminium skin. 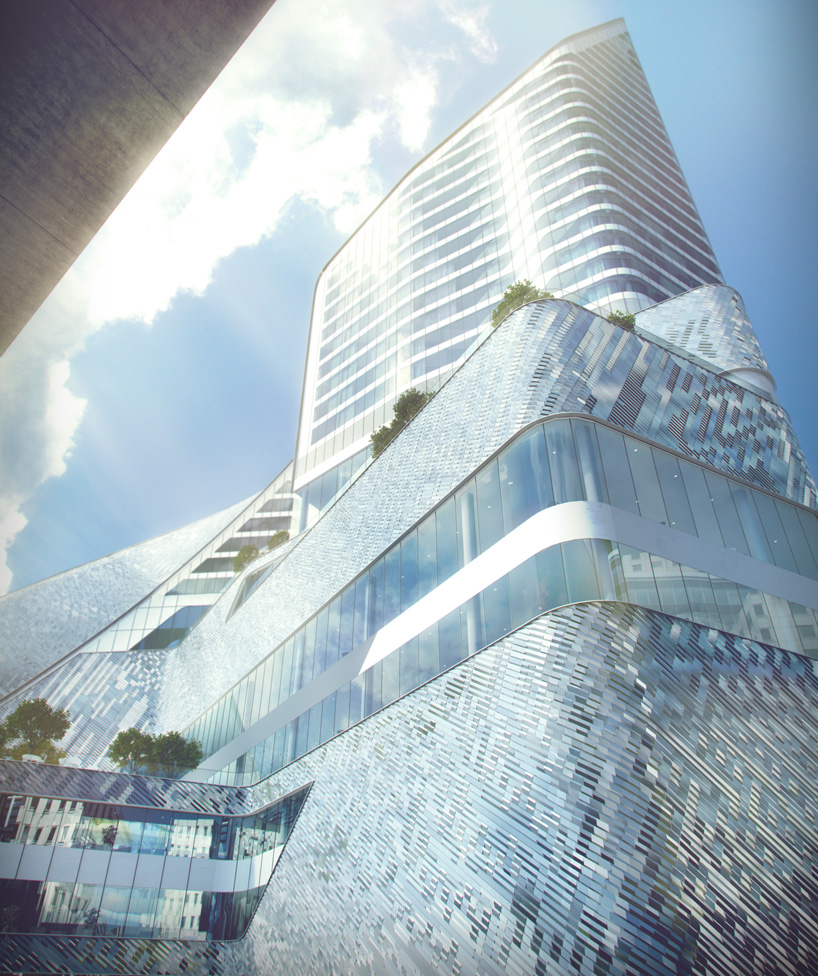 the external skin is a composition of extruded aluminium tiles

the retail element of ‘bangkok central embassy’ opens may 2014; the tower finishing at the end of 2014; and the hotel opening in 2015. 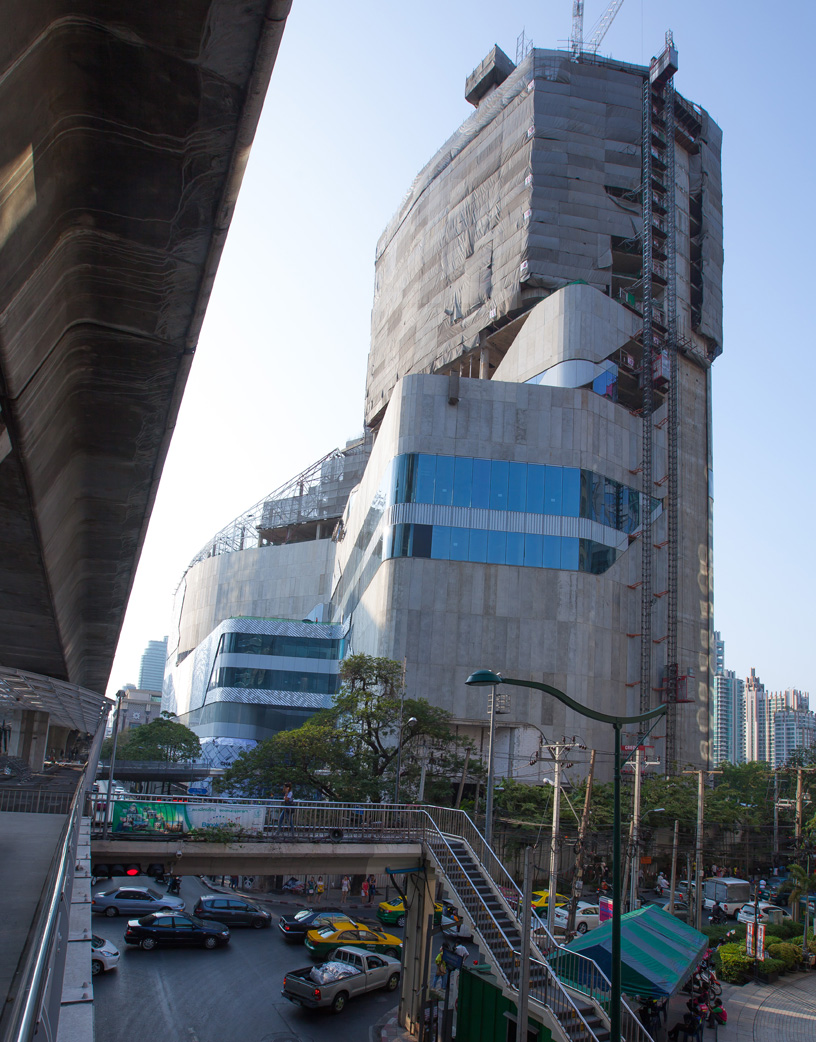 construction of the ‘bangkok cultural embassy’ by AL_A

‘the role of the shopping mall in asia is changing dramatically as they begin to overtake public institutions and squares as a place for meeting and socializing. this is increasingly true in thailand, in particular amongst younger generations. we hope that central embassy will set a new precedent for this typology, and encourage audiences to engage with a strong sense of architectural value in commercial developments.’ – alice dietsch, director at AL_A who led the design 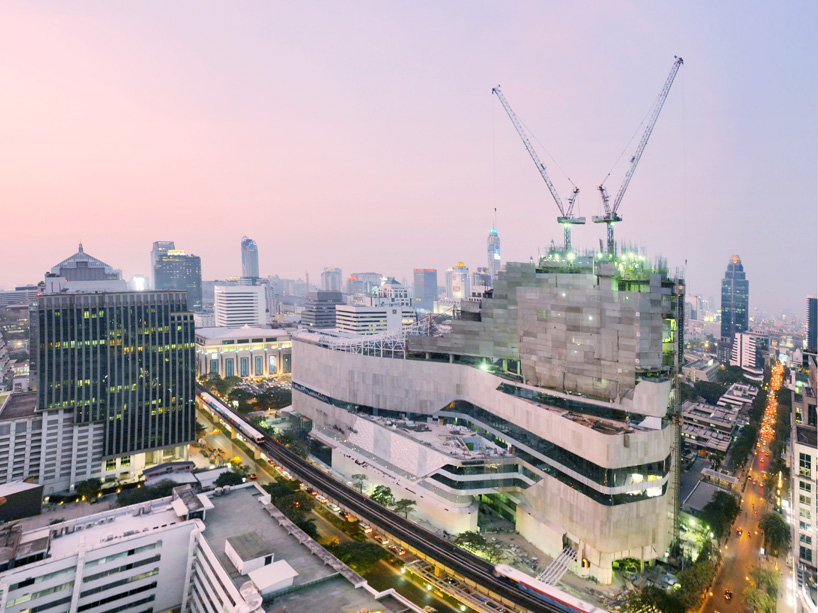 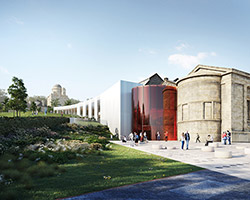 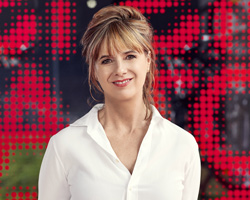