the barack obama foundation has invited seven architecture firms to submit proposals for the ‘obama presidential center’, to be built in chicago’s south side. in alphabetical order, the following practices have been asked to present schemes:

‘the foundation received submissions from an impressive list of architects with a range of styles, expertise, and experience,’ said martin nesbitt, chairman of the obama foundation. ‘these finalists offer a variety of backgrounds and styles, and any one of them would be an excellent choice. we are excited to see this process moving forward because the obama presidential center will be so much more than a library — this facility will seek to inspire citizens across the globe to better their communities, their countries, and their world.’ 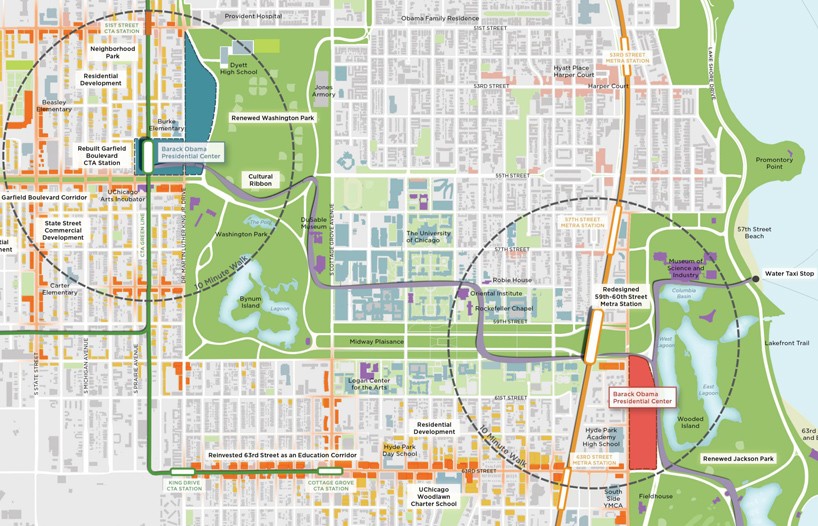 the obama foundation released a request for qualifications on august 26, 2015, and asked that responses be submitted by september 16. the foundation and its advisers reviewed the responses and made recommendations to both the president and the first lady. although not strictly a design competition, the presented schemes will still require a defined visual response from each candidate.

as the foundation has not yet determined the specific site for the project, the firms will be asked to prepare responses for both the jackson park and washington park site. once complete, the presidential center will include a library holding presidential archives, a museum focusing on the obama presidency and global issues of our time, and space for programs and initiative that advance the foundation’s public mission.

the design responses will be submitted to the foundation during the first quarter of 2016.

Apr 13, 2021
how SO – IL and IMUVI designed and built an affordable housing project in león, mexico
we speak with florian idenburg, founding partner of SO – IL, who explains the project in more detail.
architecture
119 shares
connections: +2770