barack obama has shared further details of the obama presidential center (OPC), the designated library for the 44th president of the united states. planned for chicago’s south side, the project’s design is being led by tod williams billie tsien architects and is set to complete in 2021. eight months after plans were first unveiled in may 2017, barack obama has now revealed new renderings of the scheme and is seeking continued public feedback. 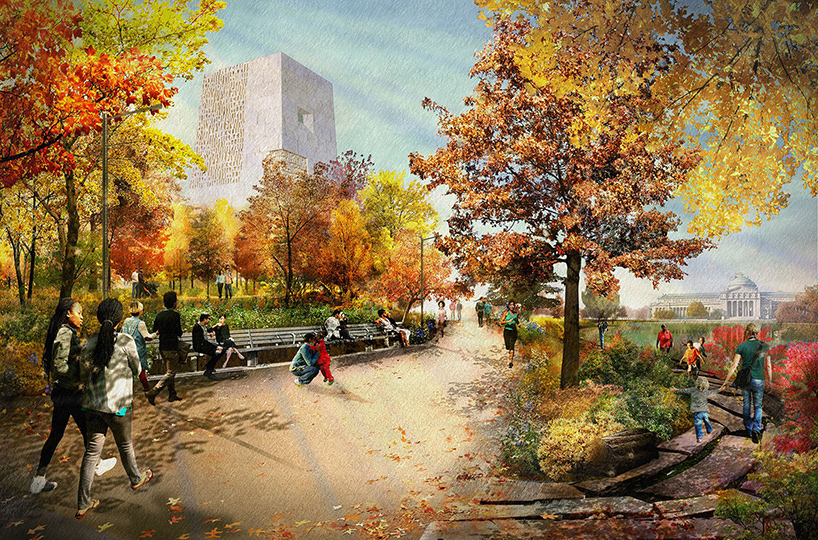 all images and video courtesy of the obama foundation

the project is being overseen by the nonprofit obama foundation, who, in june 2016, selected tod williams billie tsien architects (TWBTA) to lead the design team alongside interactive design architects (IDEA). the proposed new campus seeks to reestablish the south side’s connection to the neighboring lagoon and lake michigan. during its construction and first ten years of operations, the center is estimated to create thousands of new jobs and infuse $3.1 billion USD into the local chicago economy. 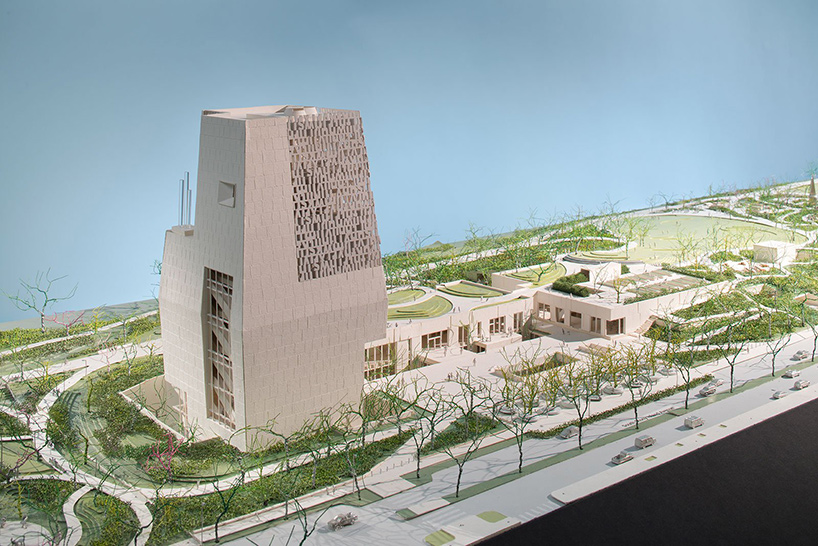 conceived as a ‘campus for active citizenship’, the obama presidential center intends to be an open, inclusive campus that integrates directly into chicago’s jackson park. as well as the museum (the site’s tallest structure), and the library, the site will also include the ‘forum’ — a public building that will allow for meetings, events, and local programming. the three buildings will frame a community-facing public plaza, with play areas, an indoor athletic facility, and walking paths. read more about the plans on the project’s official site, here. the project will include play areas and an indoor athletic facility

‘when I was younger, there was a time I dreamed of being an architect,’ says barack obama. ‘so, as you might guess, I’ve been pretty hands-on in the plans for this center — and michelle has, too. we want it to be a place full of life and activity, where chicagoans and visitors alike can explore, exchange ideas, learn, and have some fun. we want to create an economic engine for chicago and the south side, and a cultural destination that showcases the south side to the rest of the world. we want it to be a gathering place — somewhere for all kinds of people to come together and learn, not just from history or current events, but from each other.’ 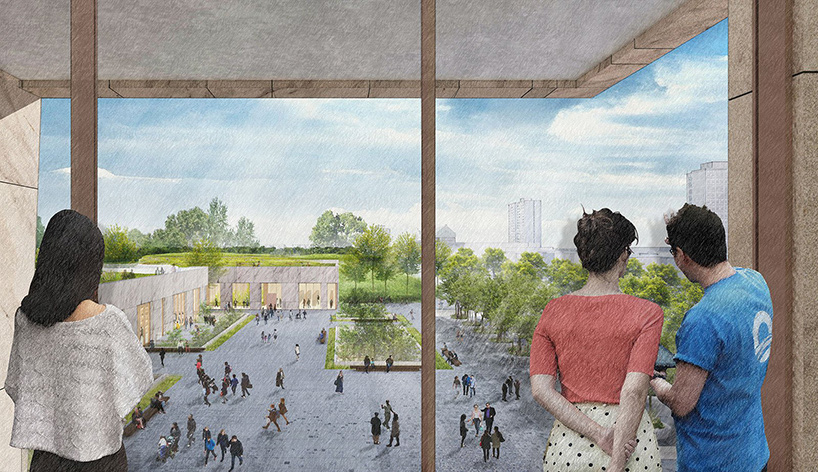 the view from the museum building, the site’s tallest structure 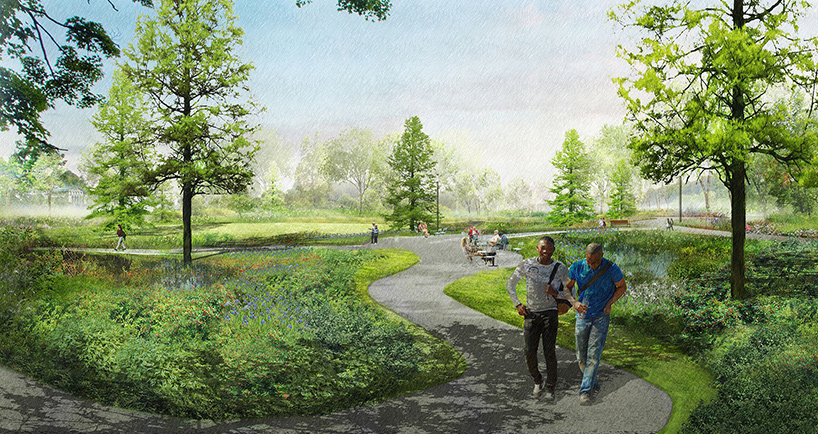 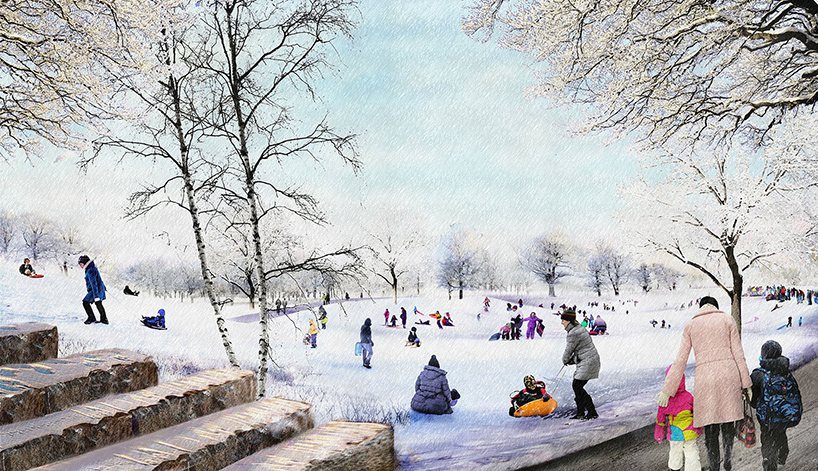 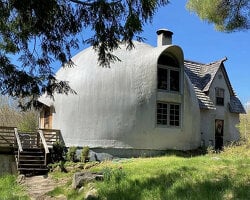 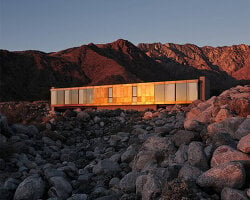