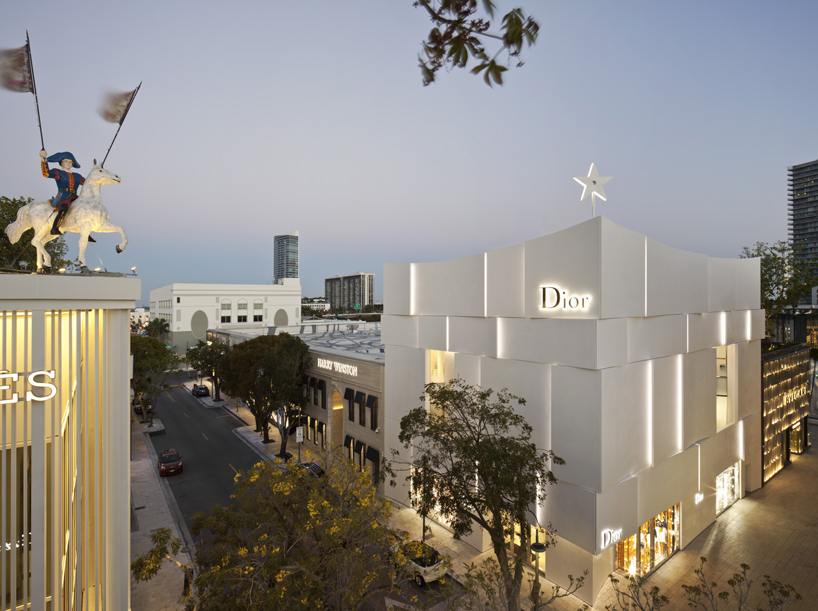 paris-based barbarito bancel architects was commissioned to add a façade to a dior boutique located in miami, whose interiors were designed by peter marino. the principal stake of the project was to create a skin for the building that would reflect dior’s image and identity, finding values where haute couture and architecture could meet and blend. 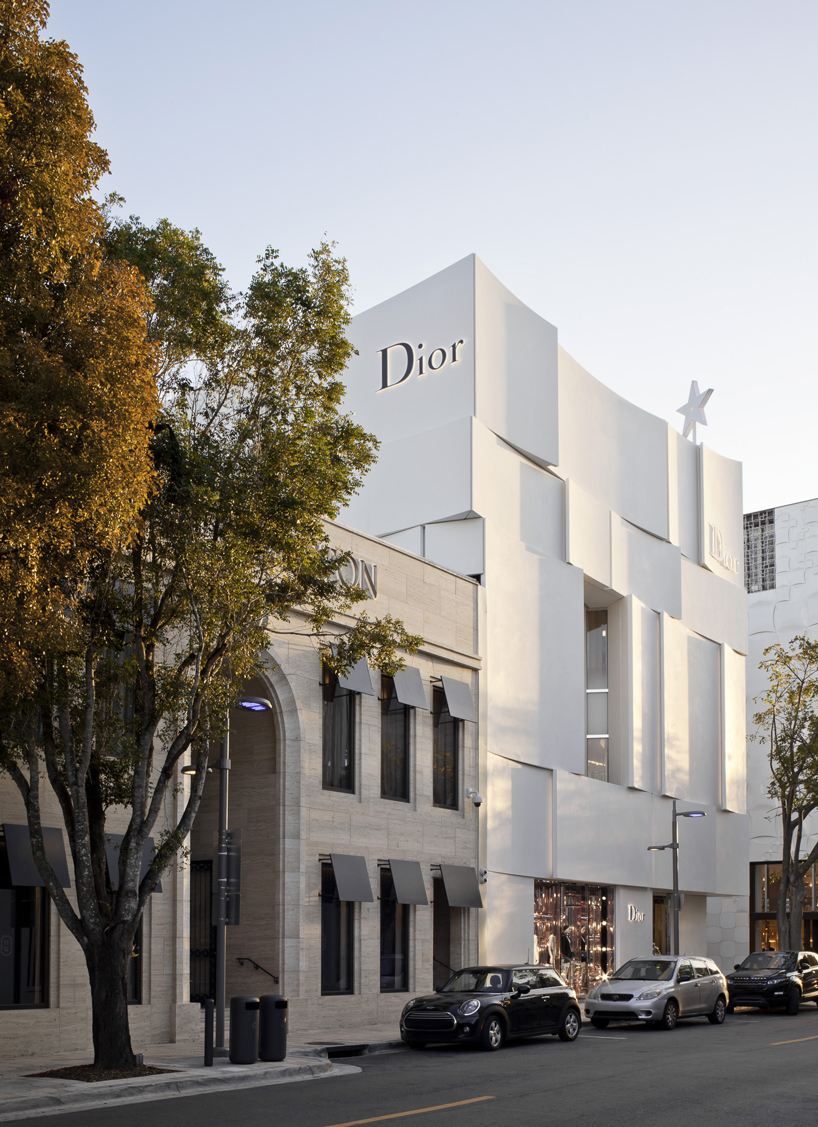 from this combination, a duality emerges, linking the haute couture with fashion and with the ephemeral that is constantly in need to renew itself. architecture, on the other hand, transcends fashion and its image needs to outlive times as it goes by, continuing to represent the dior spirit in a lasting manner. more than a question of style, architecture is a question of light, proportion, and elegance. so, under the light, the sculptured white volume reveals its cut. 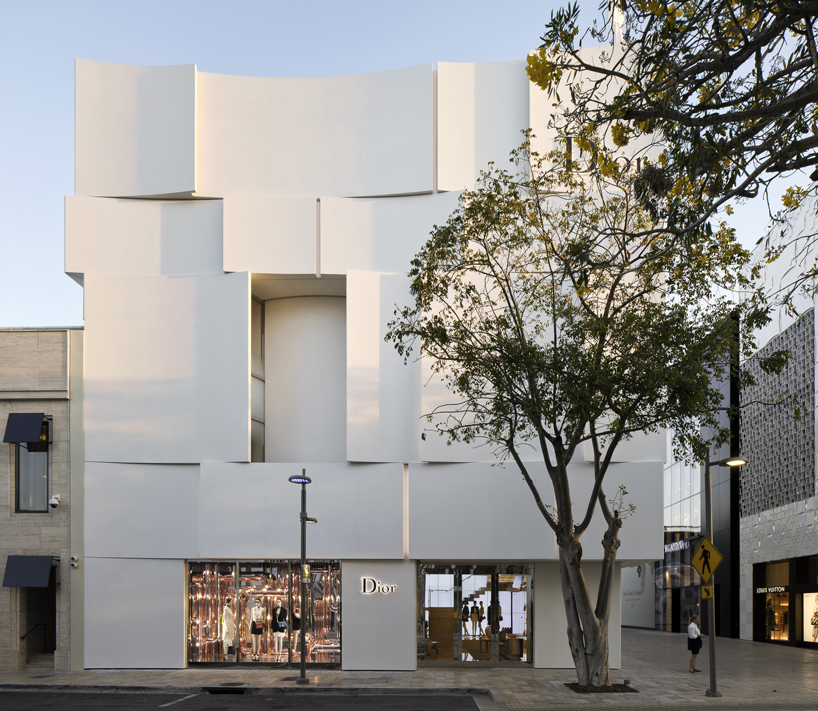 through large curve movements of white concrete, clear figures of the ‘plisée’ take shape, between which the spaces of the boutique slide in. the nobility of the smooth and delicate surfaces is given by a contemporary material made of ultra high-density concrete and by marble power. the project also takes into consideration its commercial nature as the building aims to move away from an institution or museum form thanks to its generous shop windows that open to the immediate public space. the drawing is influenced by the suggestive references of miami, images of the sun and beaches, along with an idea of dynamism, youth, and contemporary design 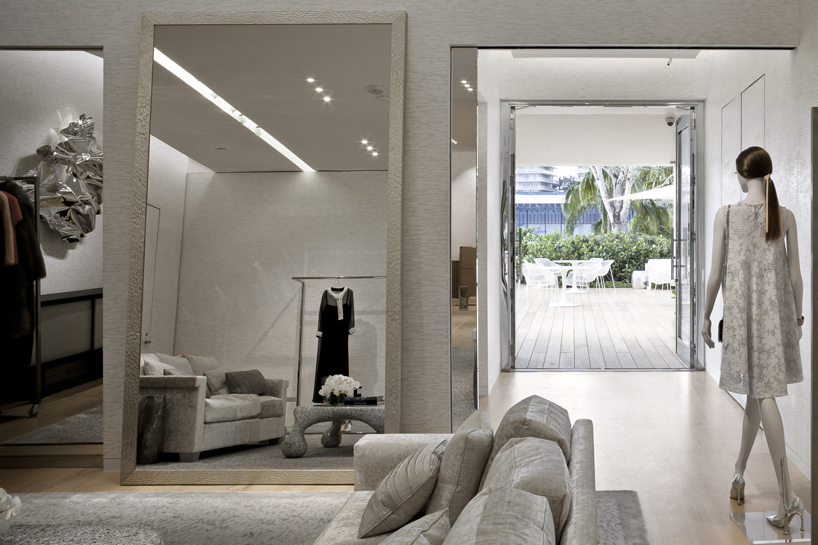 towards the terrace garden 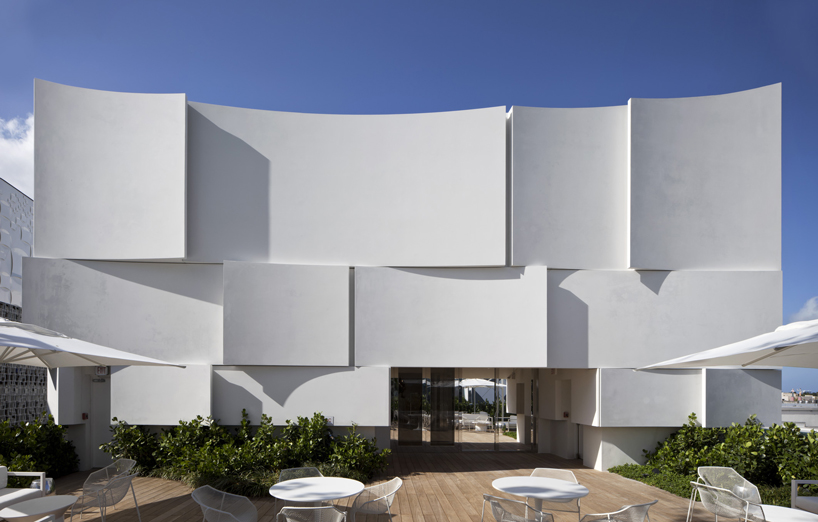 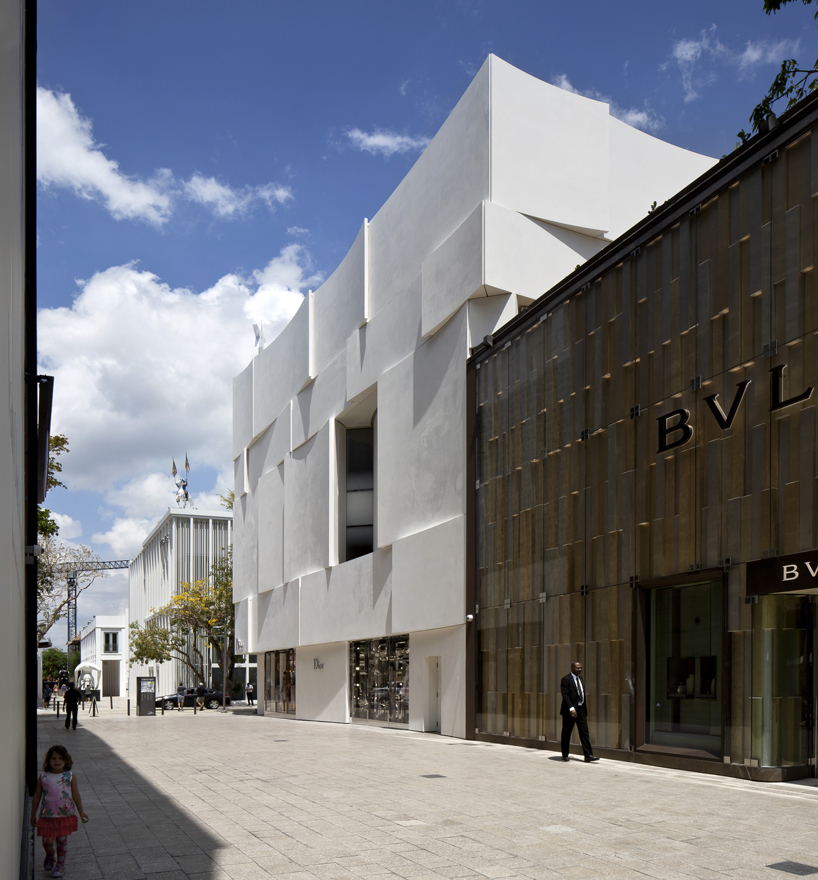 west façade from the plaza 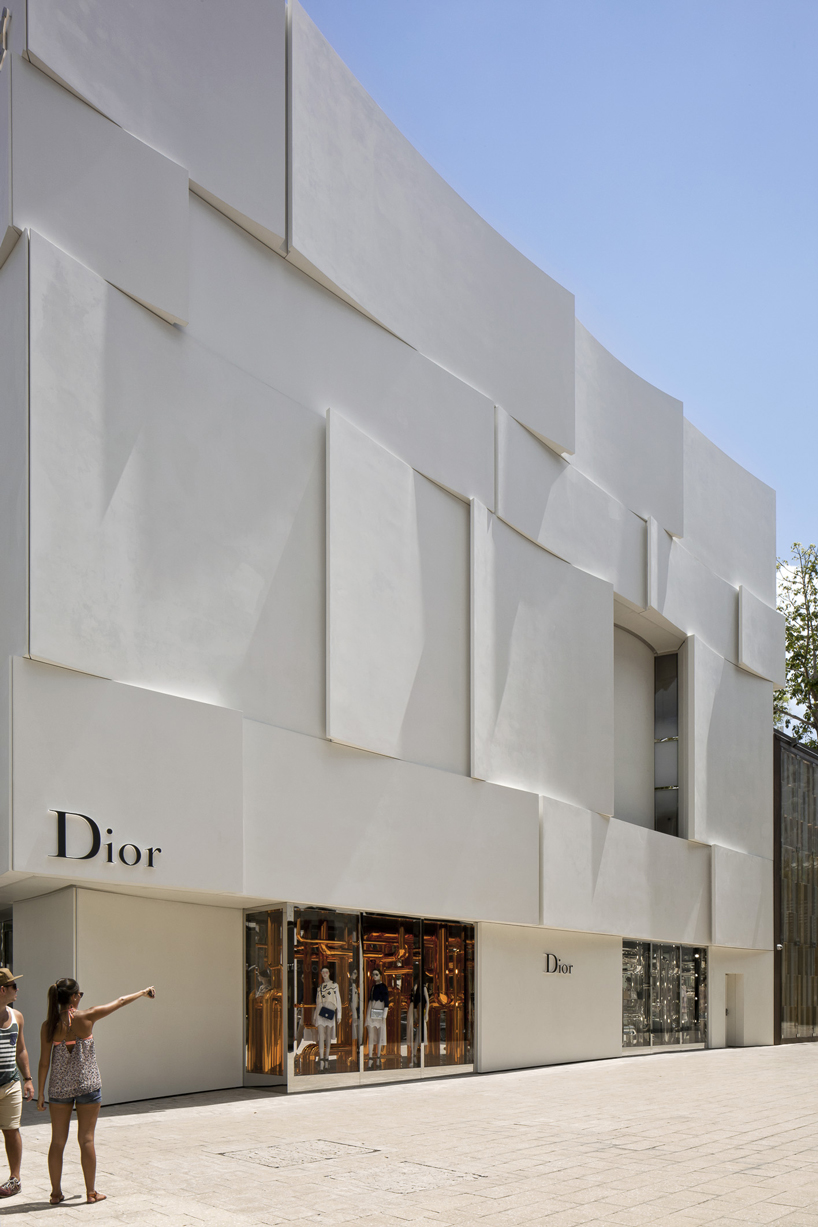 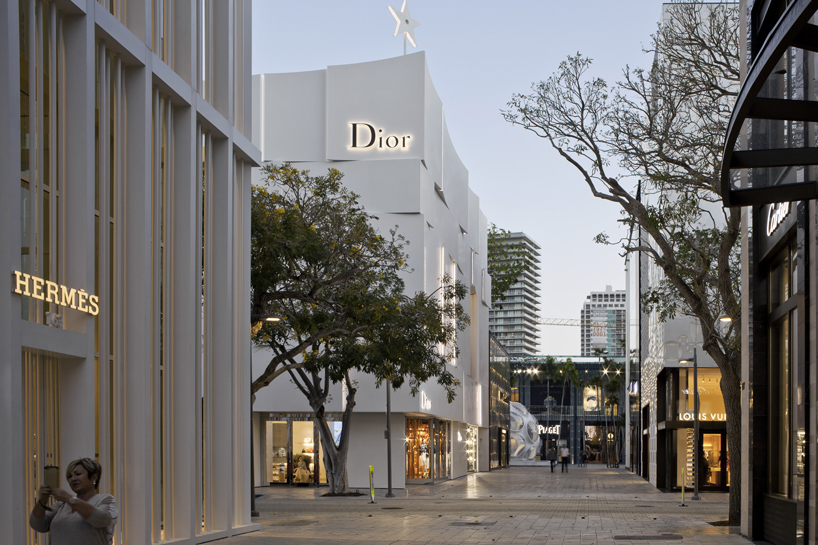 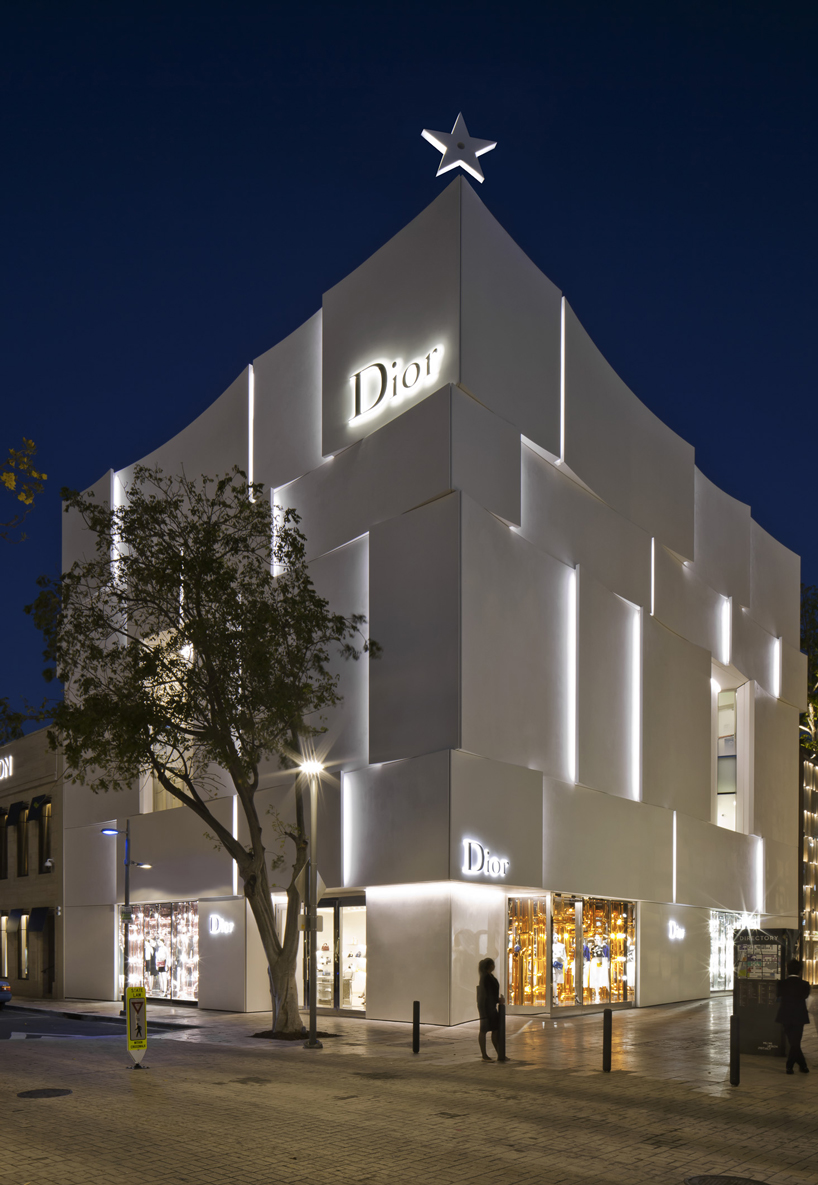 a new star in the miami sky 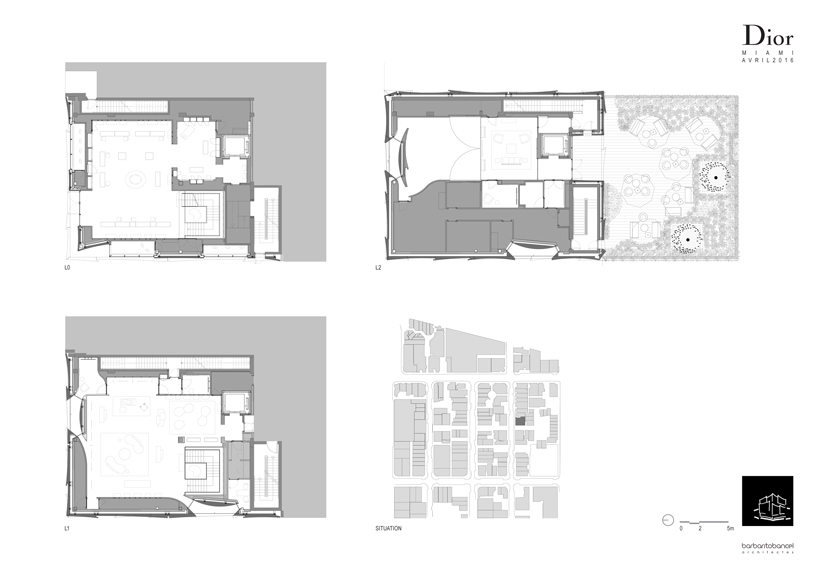 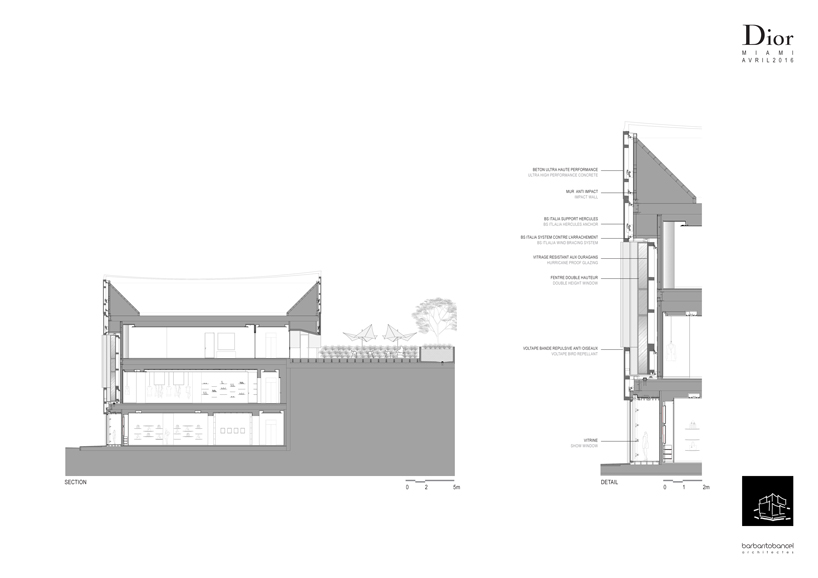