as the closing exhibition of this year’s shanghai world expo, ‘genetic city‘ is a collective installation of ten international architecture studios and their take on how to build new sustainable city. presented at the dutch culture centre and organized by neville mars and dynamic city foundation, the urban expansion plan of caofeidian ecocity in china is proposed in a relay set up, adding 100,000 people on top of the previous plan every two years. participating teams, which include MAD, MVRDV and URBANUS, have been assigned a three year period between now and 2040 to design their part of the evolutionary masterplanning. the expansion plan aims to cultivate the city organically while exploring the process of time-based greening.

the installation consists of a 46 meter long continuous video panorama suspended in the middle of the room. the looped video illustrates the organic growth of the new chinese city from year 2010 to 2040. caofeidian ecocity, which is one of the nation’s most ambitious projects located in a 50 billion dollar industrial zone, is expected to rapidly exceed a population of 1 million in the coming years.

B.A.R.C., which stands for beyond architectural regulations in caofeidian is part of the dynamic city foundation’s iniative to plan and conceive a sustainable and long-term vision for caofeidian. 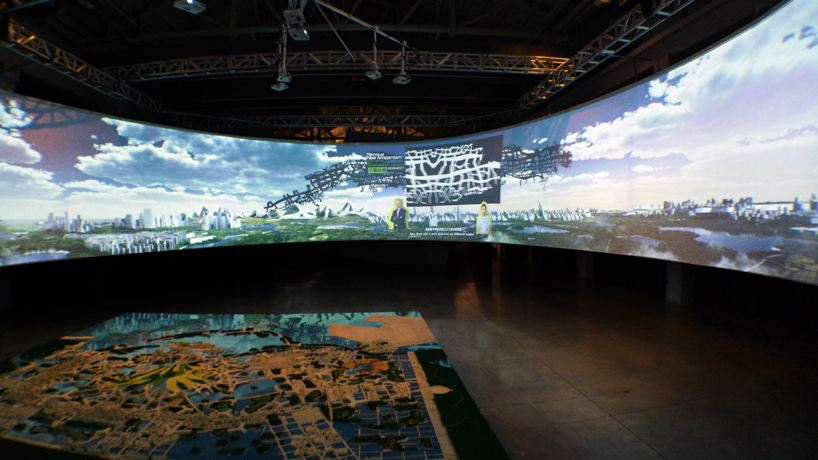 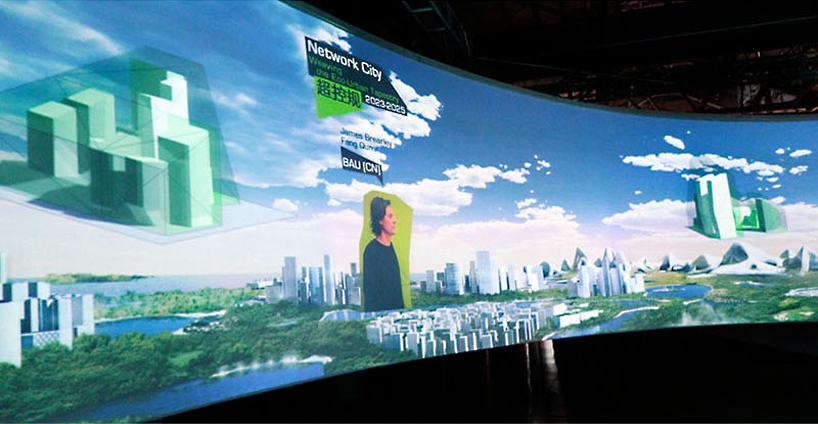 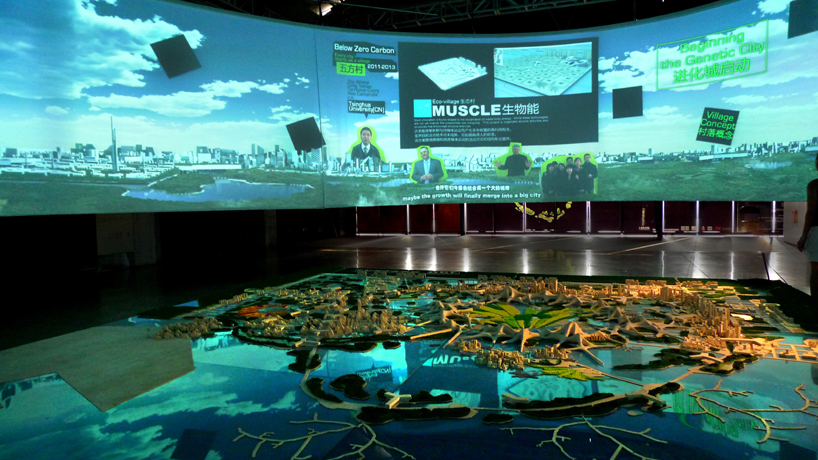 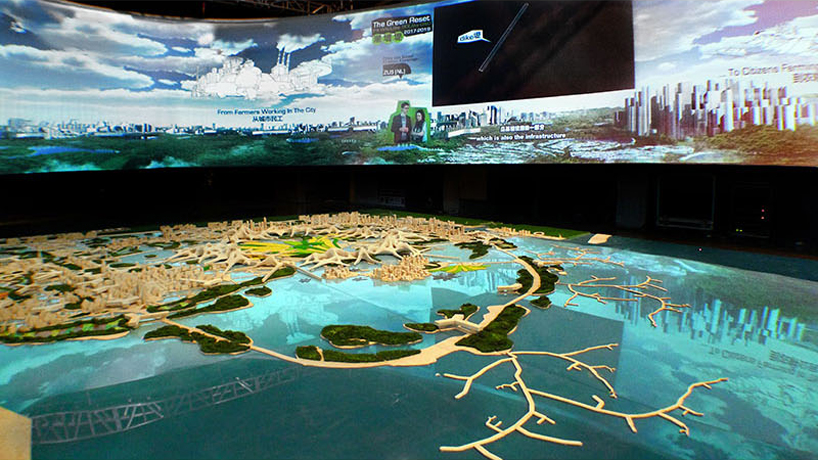 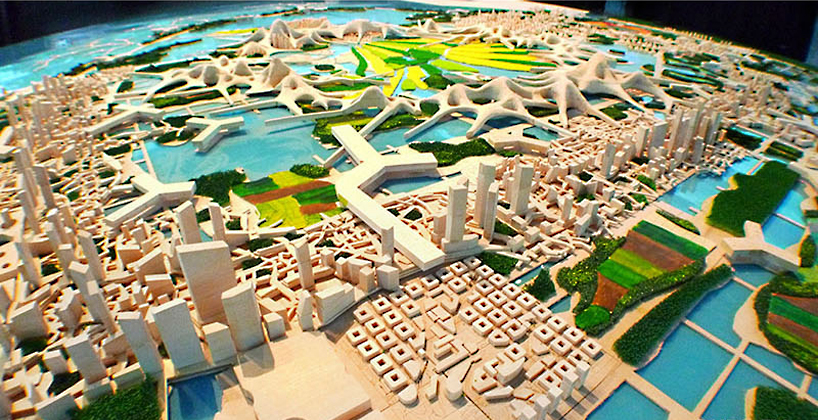 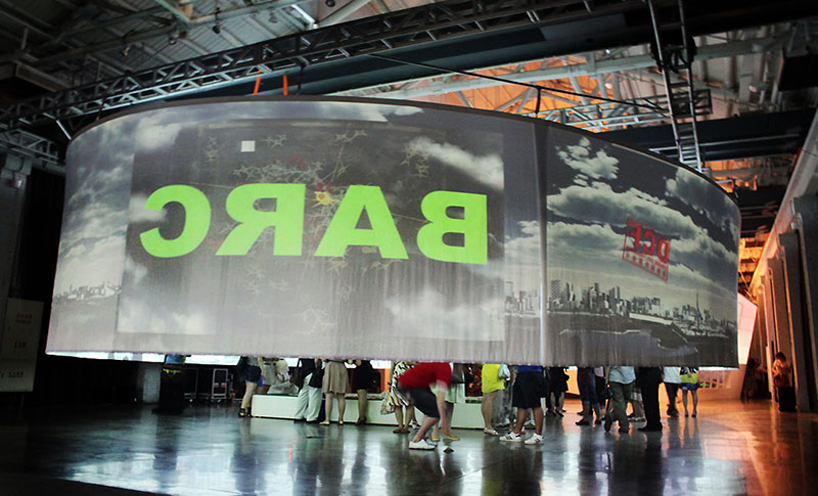 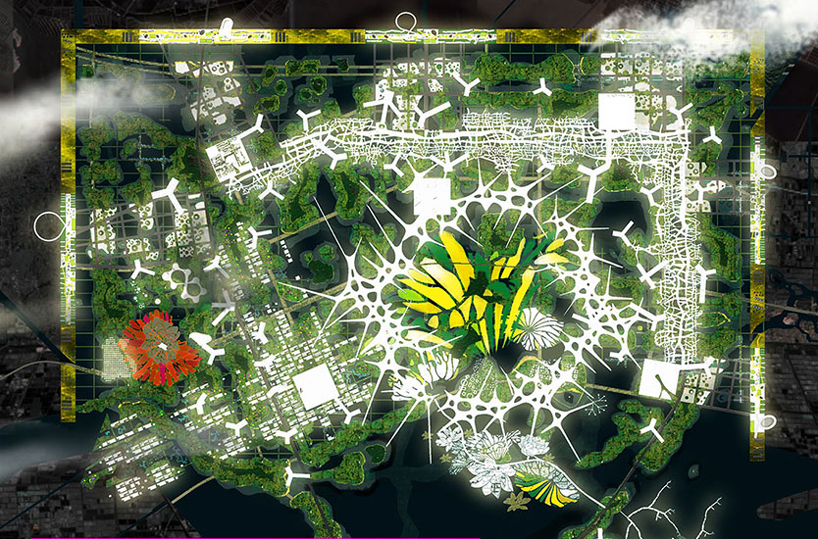