BCW collective’s ‘bivacco bredy’ hut is the winning proposal from an invited competition organized by YACademy and cantieri d’alta quota to commemorate claudio bredy — a well-known politician and alpinist who tragically lost his life in a climbing accident at the end of 2017.

developed back in 2021, the design is a specific solution for a high altitude site in the italian region of valle d’aosta, near the laghi di dzioule where two small alpine lakes rest at a 2500 m elevation in the secluded vertosan valley. (a previous bredy bivouac proposal was covered by designboom here.) 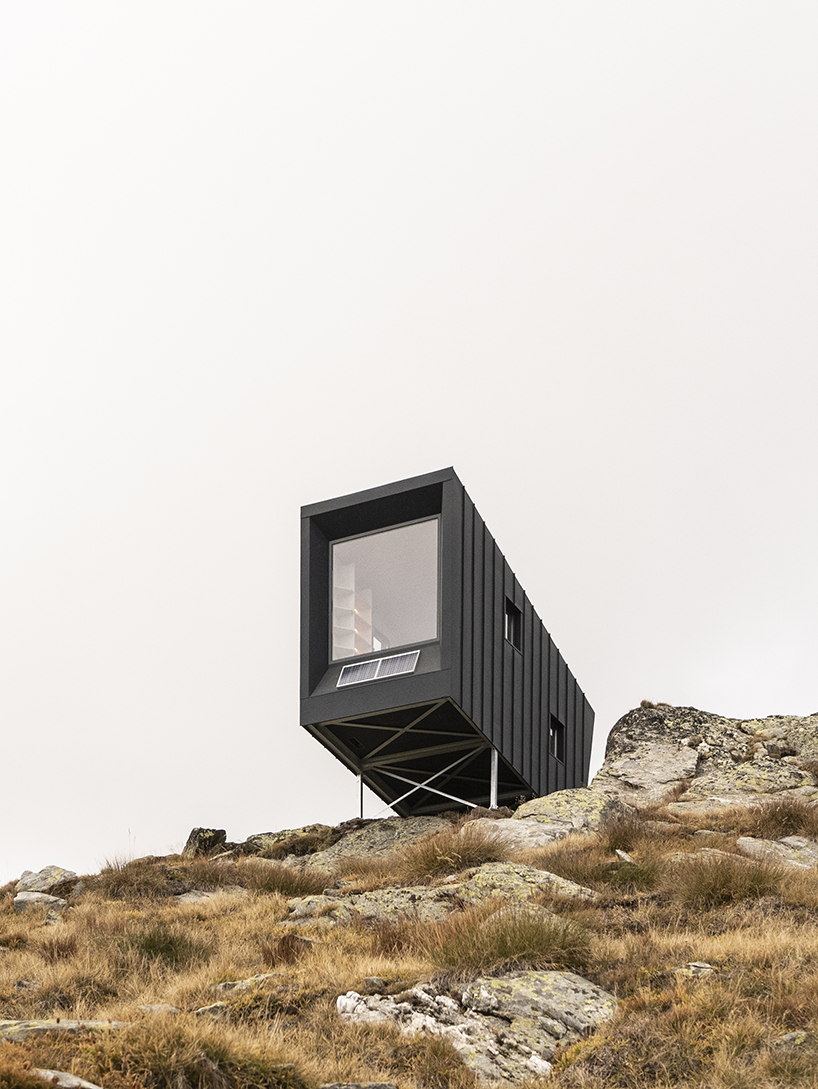 the initial hut proposal was developed as part of the 2019 edition of the ‘architecture for landscape’ course led by roberto dini from politecnico di torino and offered by YACademy in bologna. following the course, a design competition was set up with the architect’s order of valle d’aosta to identify the winning proposal presented by BCW collective (see more here).

‘inspiration from the life of claudio bredy and the mountains he was so passionate about motivated the memorial architecture quality embedded in the proposal. the spirit of the man and the place are captured through symbolism. minimalist design choices embrace the essentiality of the mountain context, while the cantilevered form, pushing into the void, evokes the absence of an important member of a family and a community at large,’ shares the winning team. 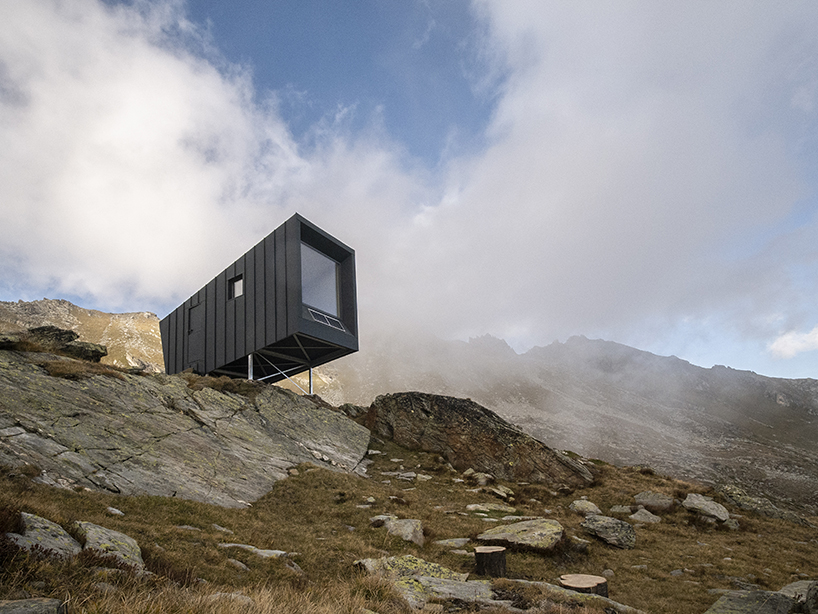 like a telescope, the structure clad in light aluminum panels opens south towards the valley, with a large window framing the grivola peak and gran paradiso, one of the 4000-meter summits that claudio climbed. beyond the symbolism, the chosen orientation is an environmental strategy — maximizing solar gain to warm the bivouac in the cold winter months.

as for the interior, the space is optimized for functionality, focusing on the view and sensory experience as users immerse themselves into the surrounding mountain context. a double row of bunks culminates in the common area, characterized by an expansive view. finally, an entrance vestibule offers space for storing gear. 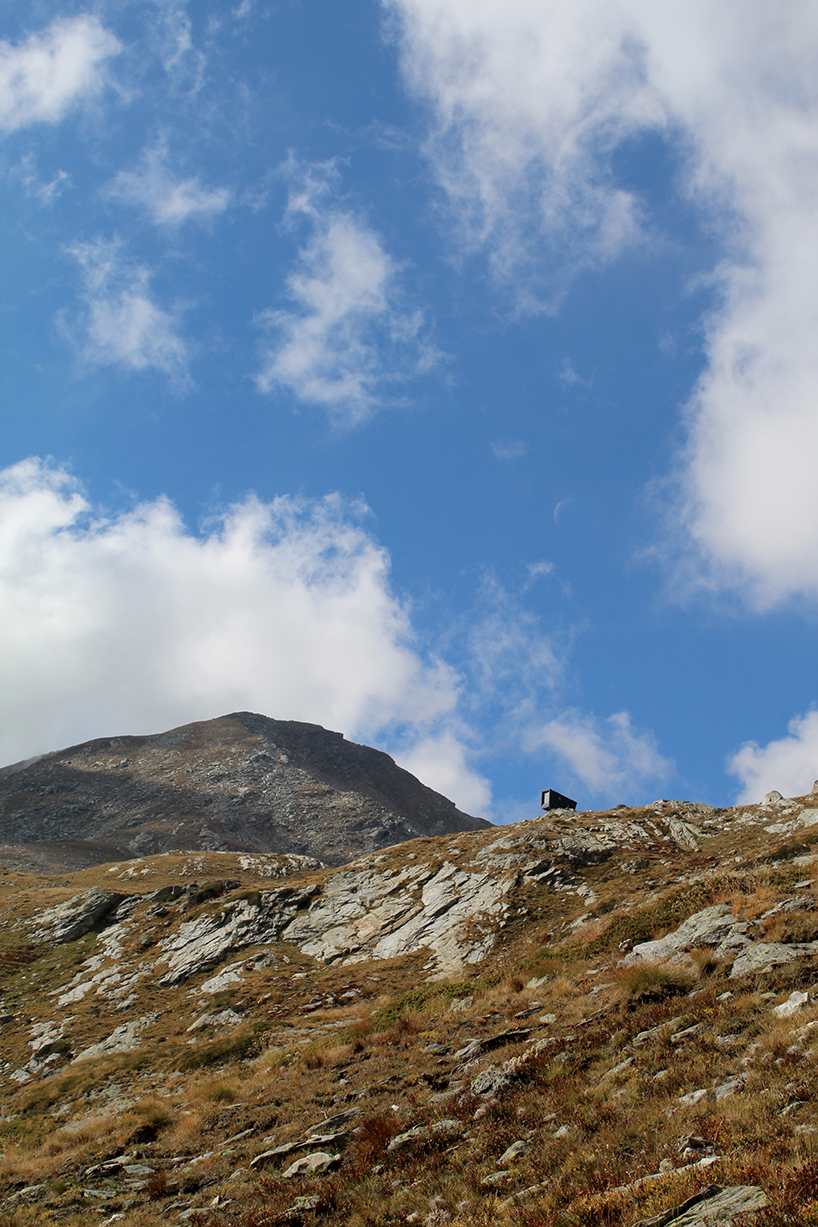 entirely prefabricated, brought on site with limited helicopter trips and assembled in just a few days, the bivacco bredy is a flexible structure with minimal environmental impact, thanks to its complete reversibility. the selected anchor points of the metal frame foundation allow the design to adapt to uneven ground and to sit directly on the rock, guaranteeing a limited footprint and the possibility of restoring the site to a pristine condition should the structure be removed.

‘thus, the vertosan valley has a new memorial icon, solid in form yet light in touch, protective yet ephemeral. it is both a physical and spiritual reference point, immersed the in alpine scenery to celebrate the mountains of claudio bredy within the silence of the earth and the sky,’ concludes BCW collective. 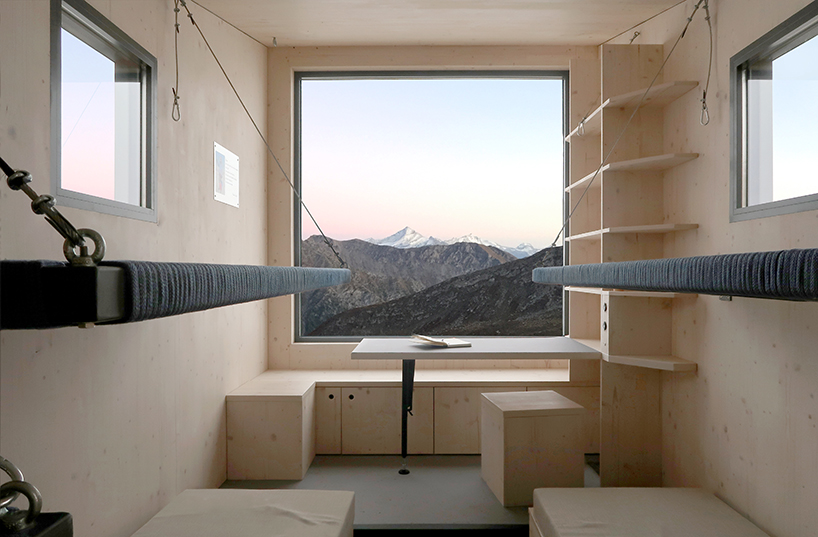 the minimal interiors are characterized by an expansive view, immersing users in the landscape 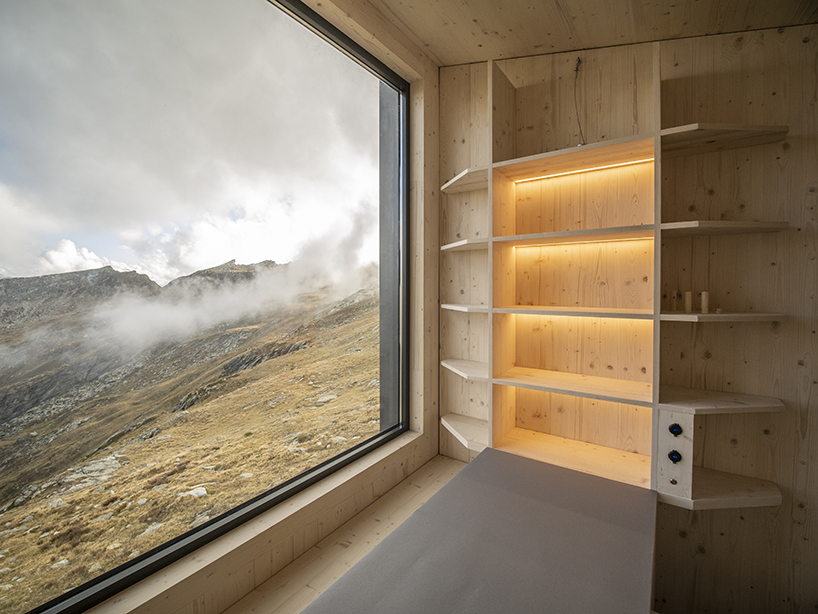 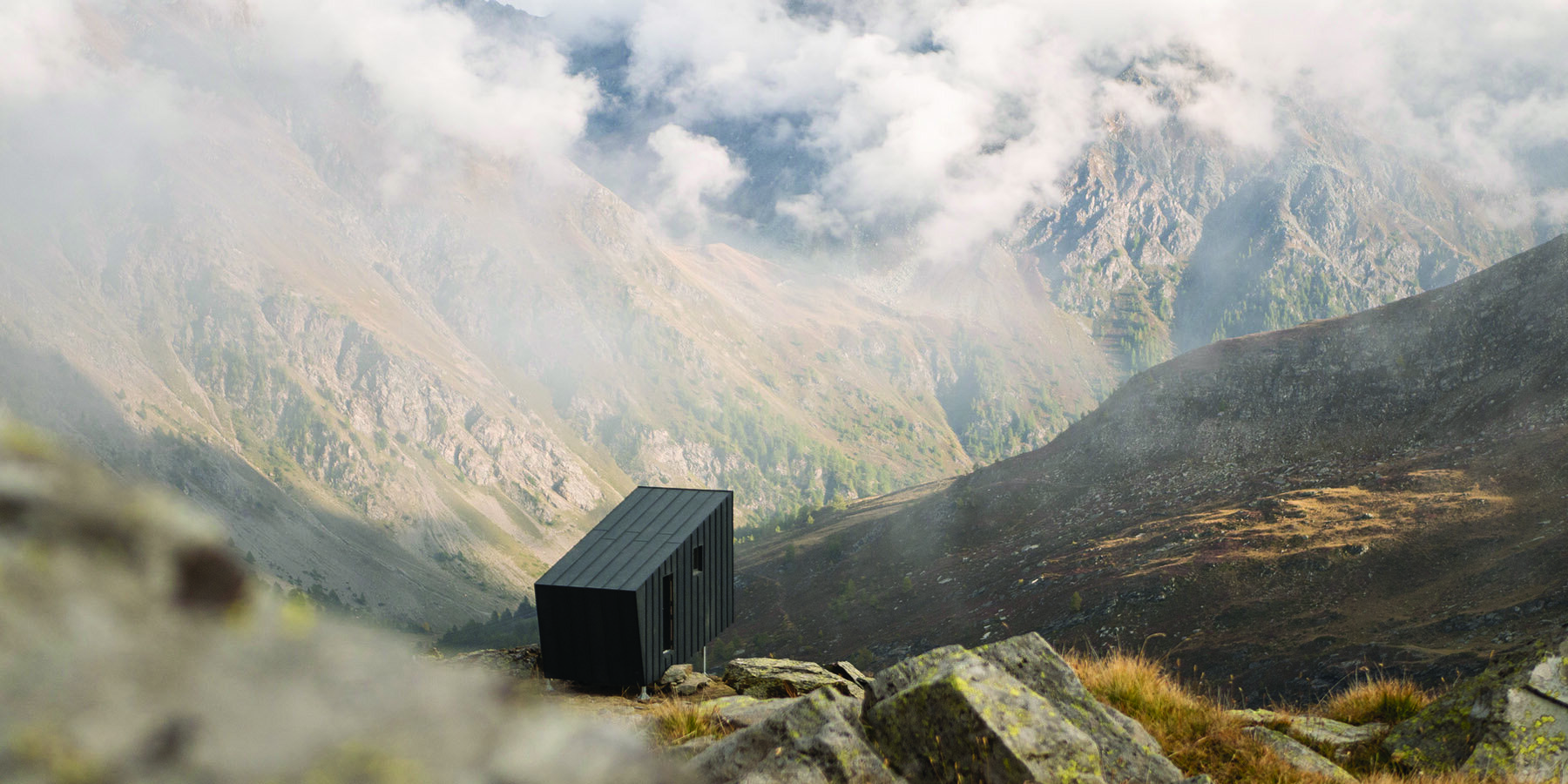 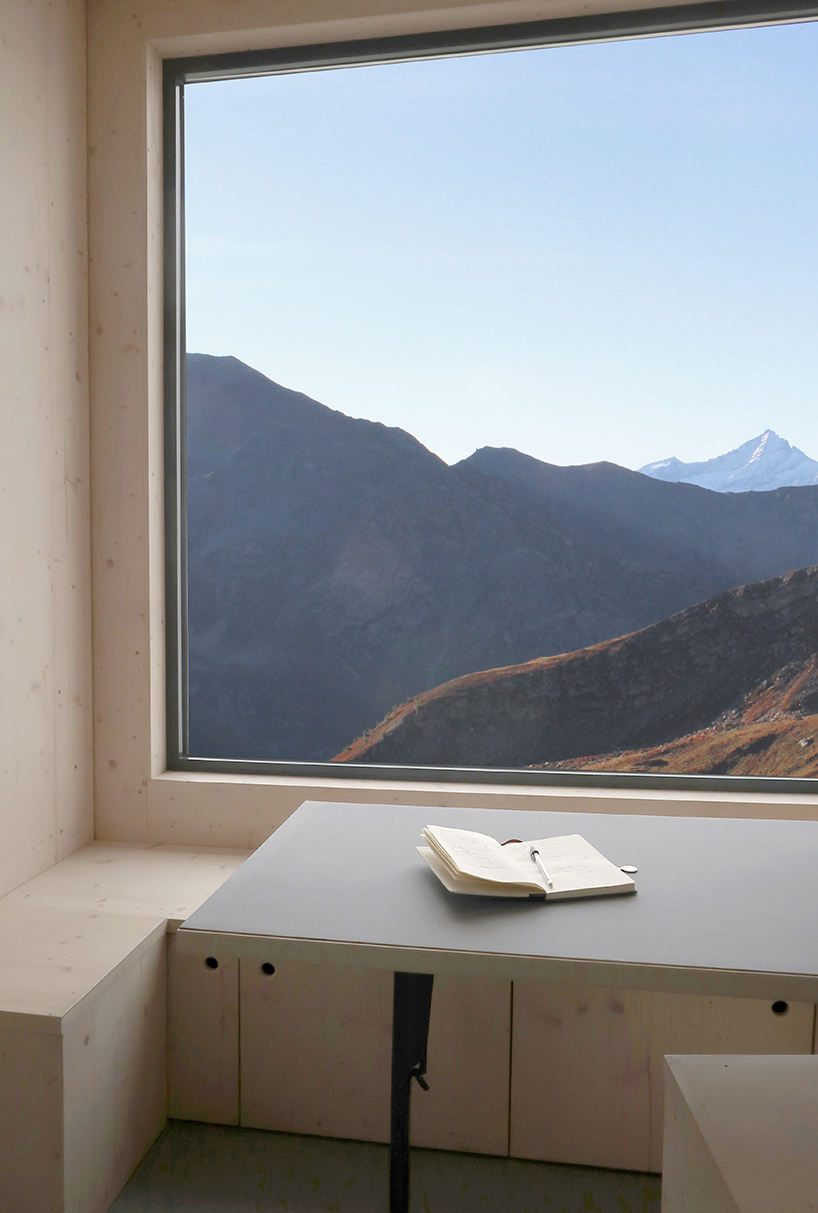 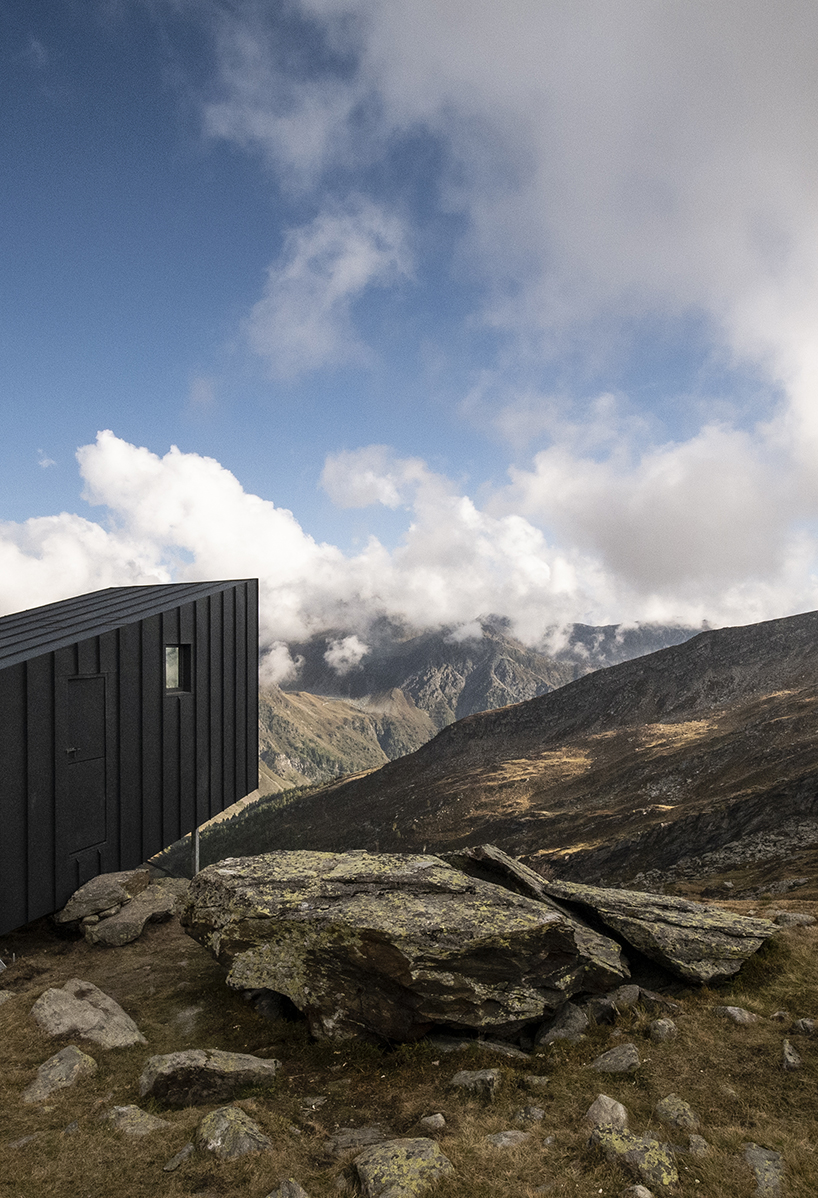